There have been multiple temporary characters in the world of Broom Hilda, many being one-offs, such as Senator Bullbleep, Irwin's political Uncle Harry, the Three Stooges Barbarians, Marshall the Vampire, Trouble-Magnet Fizzl, a Government Ranger, and even a robot. 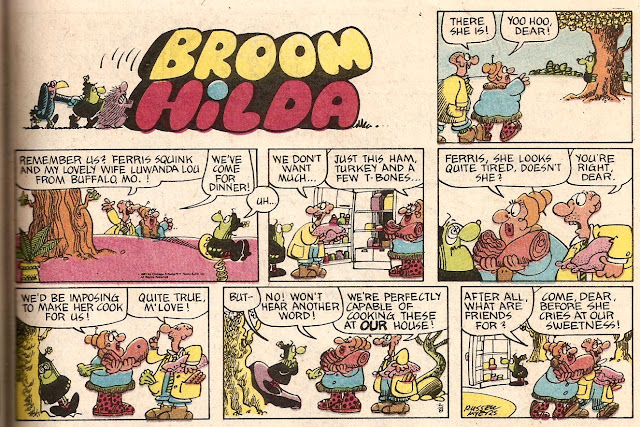 But by far, the most versatile was Ferris Squink and Luwanda Lou.  While looking these names up, I was wondering if they were thinly-veiled references to any animators of the Broom Hilda cartoons, but was unable to find out.  The closest I got was Lou Scheimer, a Filmation animator. 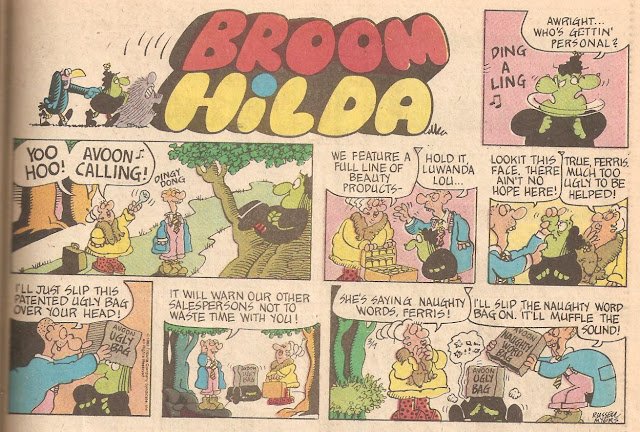 Their role was to act as a bigger foil for the trickster witch in ways that her magic couldn't possibly cope, with their infallible logic. 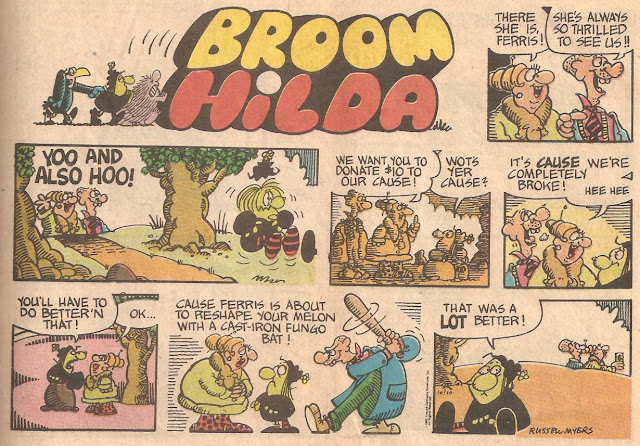 For the most part, they seemed content with simply engaging in small-time cons to get what they wanted. 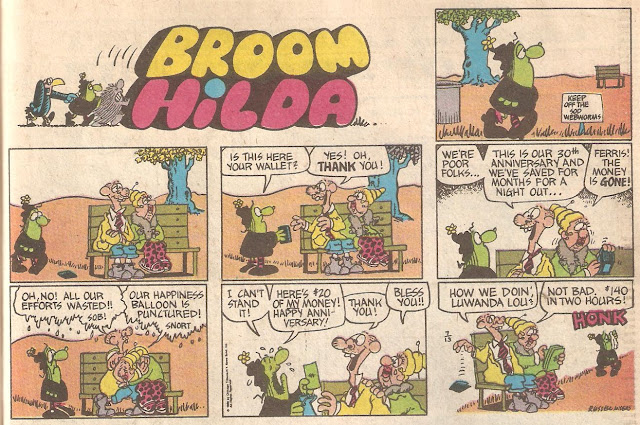 Mostly, their short-term goals was limited to leeching copious amounts of food from unsuspecting people. 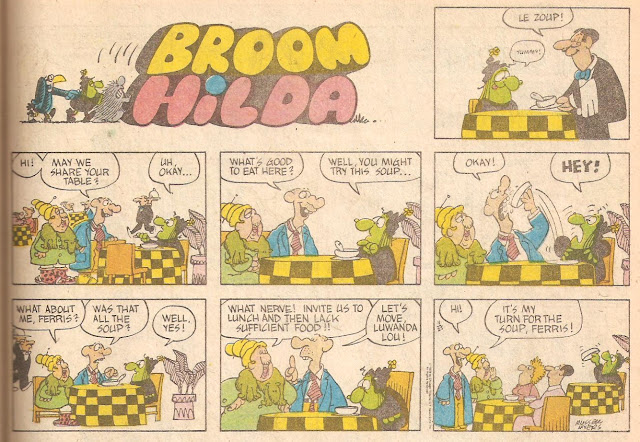 Eventually, they no longer needed to engage in money-making schemes and could disrupt Broom Hilda's status quo just by simply existing in her vicinity. 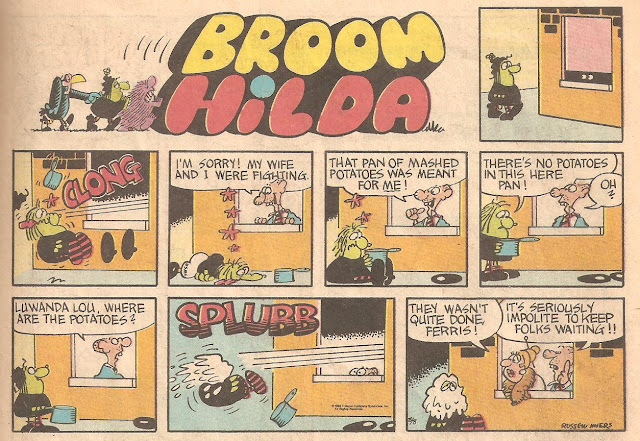 Eventually, like so many unremarkable characters who failed to stick, they were regulated to background characters. 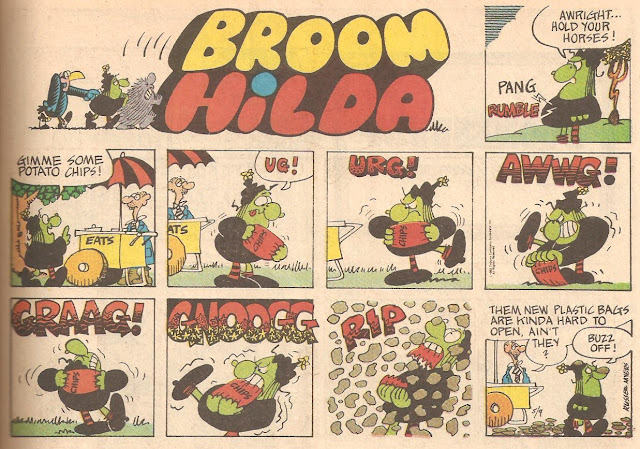 Usually, this was with Ferris appearing on his own, since his bald head and nose were distinctive enough to remember on their own.  His wife's mink stole and hairdo?  Not so much. 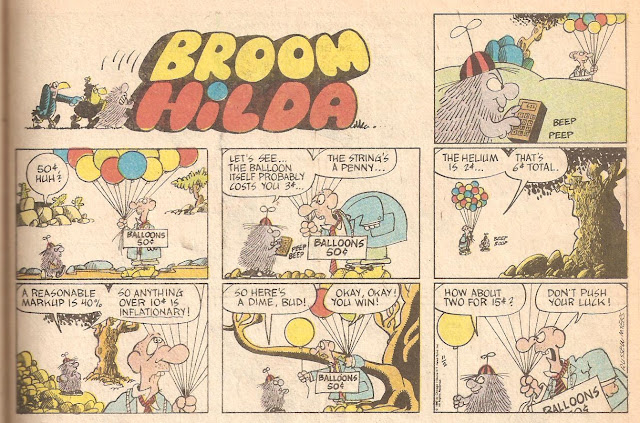 When a similar wacky couple was introduced years later, it was clear that Russel Meyers had completely forgotten about a very similar married couple he'd used before. 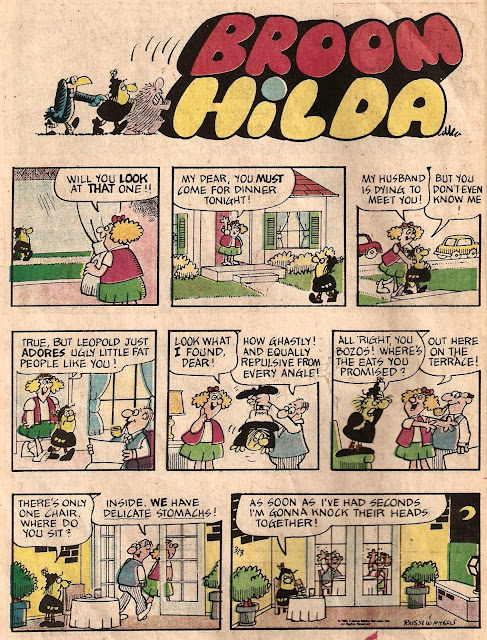 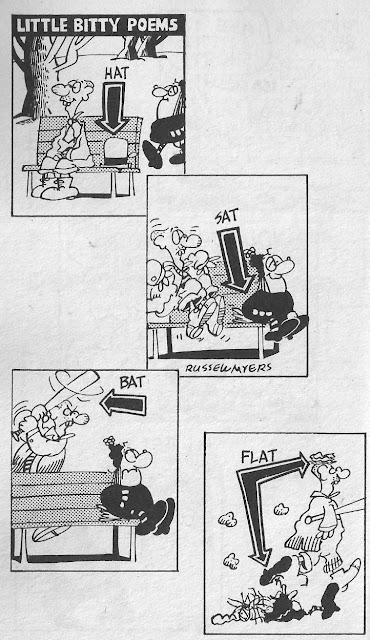