The snake from BC always seems to get the short end of the stick.  When he's not being unfairly marginalized or associated with apples, he's being specifically targeted and beaten into submission.  And when he's not being marginalized or getting himself tangled up into pretzels, he's being used as test subjects for pre-ASPCA means.  Then again, so is every other animal, but most especially the Snake in particular. 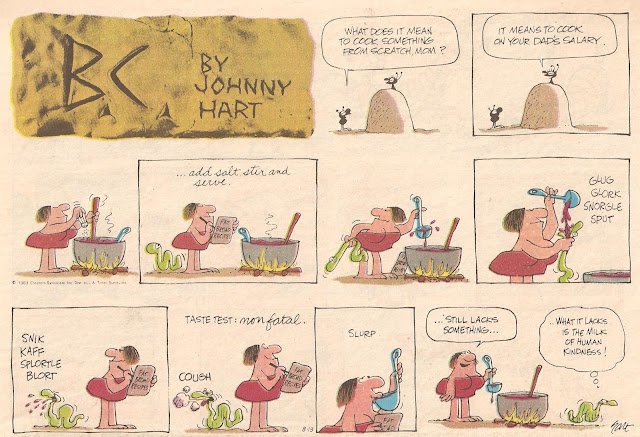 After years of being persecuted, it wouldn't be unusual for him to try to get a little payback.  But these instances usually wind up being unfairly lopsided in the Fat Broad's favor. 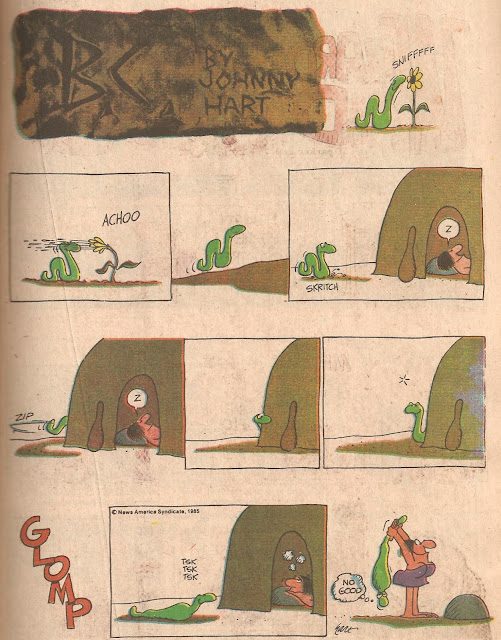 Even when he has the advantage of high ground, it doesn't take long for the tables to turn. 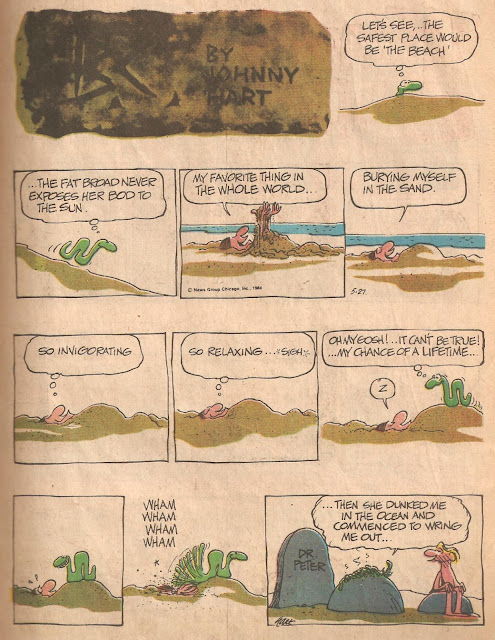 Occasionally, the Snake teams up with Peter to prank on her, but those likewise turn out with unfavorable results, and Peter always winds up scot-free of any consequences, leaving the Snake high and dry to pay the price for his misdeeds. 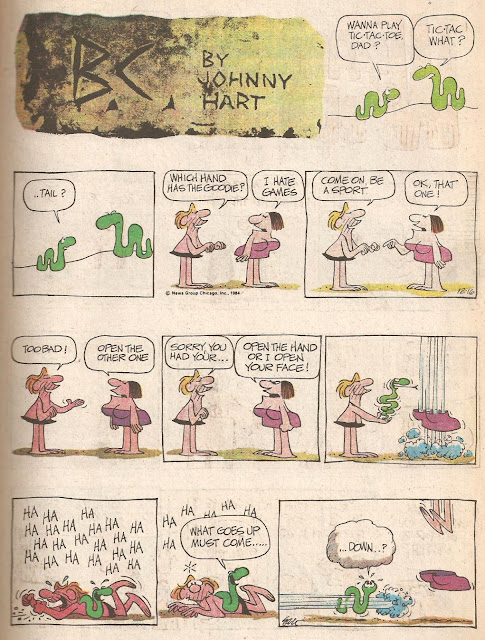 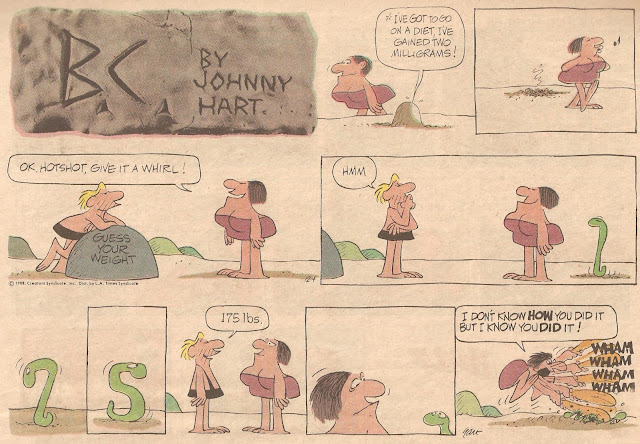 On other times, the Snake gets trapped on the ice and is unable to move any further from his current position.  This dilemma winds up with... various results.  Interestingly enough, the Snake only unsheaths his fangs under this situation, when they'd be multi-purposeful in any other circumstance. 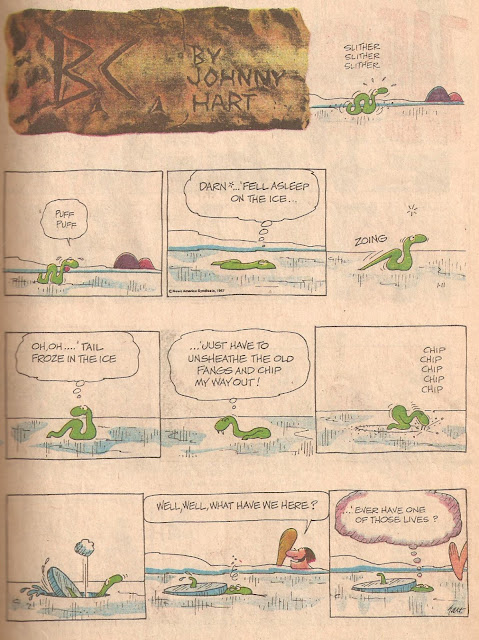 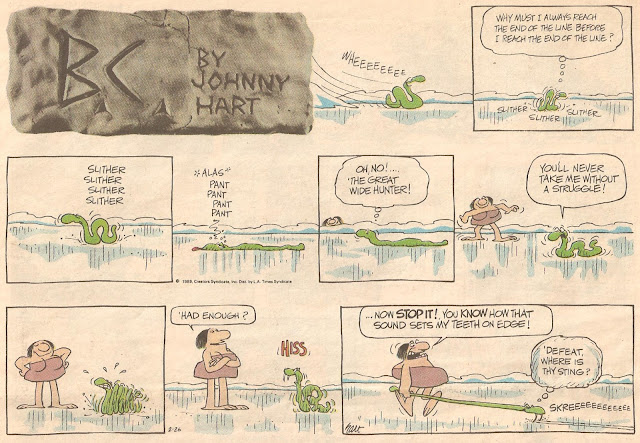 Incidentally, this is the only time the Snake names the Fat Broad as something else, the Great Wide Hunter, which makes sense - animals aren't likely to recognize humans by their names, but their sounds, shapes and smells.  And any names they'd give us would be far removed from what we call ourselves.  I don't know any other instances of what the rest of the BC cast would've been called, but it would be interesting to find out. 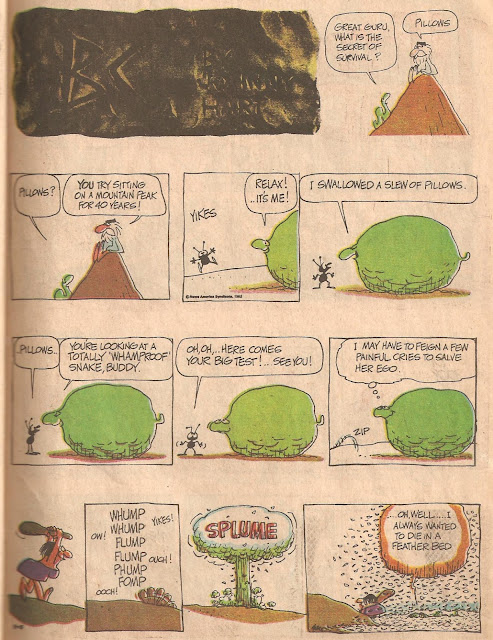 On rare instances, the Snake ingests large amounts of inanimate objects as a way to get back at his eternal tormentor, even if it winds up harming himself in the process. 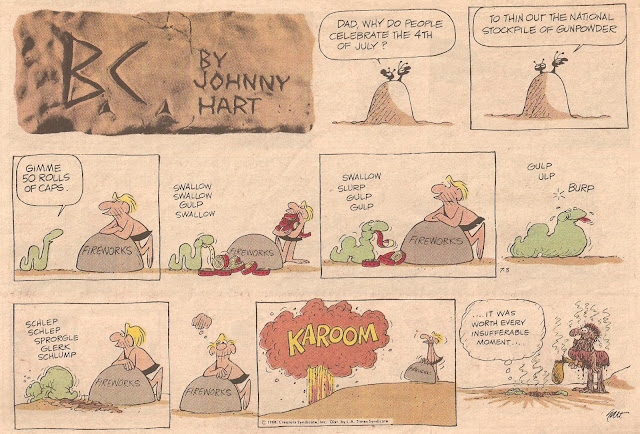 These repeat encounters begs the question: why is the Fat Broad so heavily against the Snake?  Could it be a deep-seated irrational bias from years of human evolution to distance themselves from outside unfamiliar species?  Could it be a dislike of all things green and slimy?  A dislike of snakes in general? 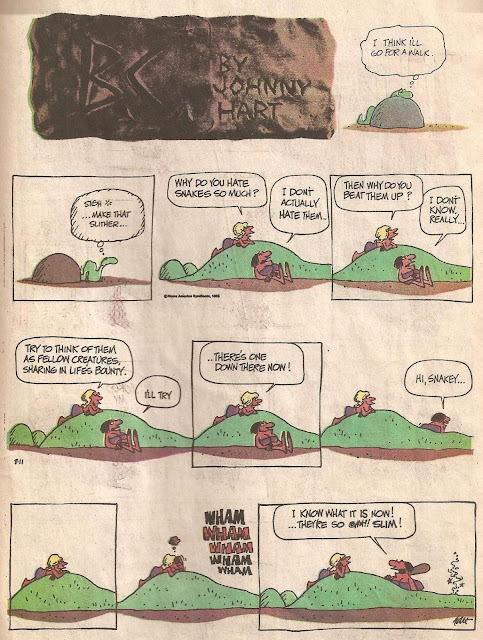 Or is she just irrationally jealous?
Posted by DeBT at 8:27 PM