It's been a long time since I've delved into the adventures of Orbit & Co.  I've been scouring over old newspaper archives trying to fill in the holes after their last expedition.  Along the way, I was continuously sidetracked by other comics that I figured could be saved for posterity later.  Then I noticed later comics that gave earlier comics more significance, and then had to go back and find the comics page again, costing me more valuable time.
One thing that struck me while going through so many old comics was how exhausting and mind-numbing the experience was.  If a newspaper happened to be missing the date to a specific strip, I'd have to look into another newspaper, which might have their own varied comics, which'd I'd notice, involve more cross-referencing, have to take note of, and then start the whole process all over again.  In some cases, I might find a better copy of a comic I found, and then replace those with higher quality versions.

It doesn't help that I'm not exactly meticulous in keeping track of which days/months/years I've already gone through.  In some cases, it's easier to just start later in a year, then work your way backwards.  Since that involves breaking up narrative flow, I haven't dared to venture down that path. 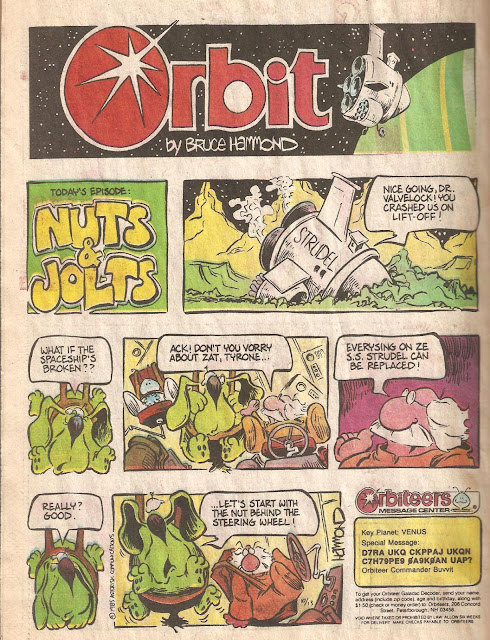 The philosophical paradox of Theseus having all parts of the ship being replaced aside, Tyrone is already contemplating mutiny despite not knowing how to control a spaceship. 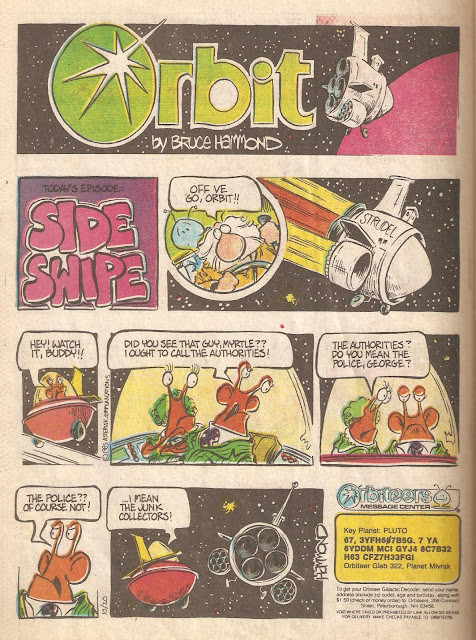 Even though this Sunday comic actually shows up a day earlier, I posted it here, because it segues into the next strip better than the last one.

Around her is where the last adventures of Orbit trailed off.  From here, it's venturing into familiar uncharted territory. 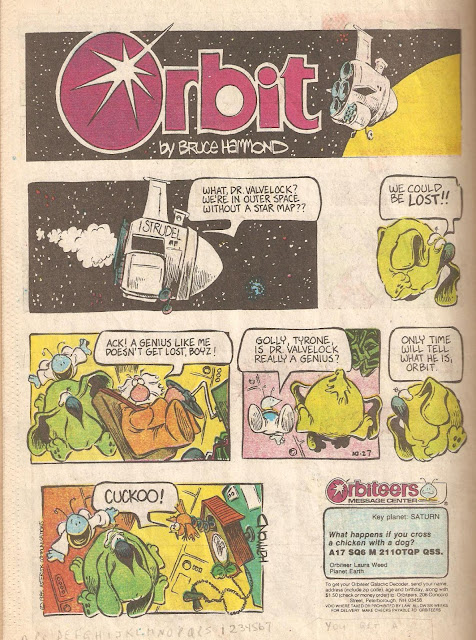 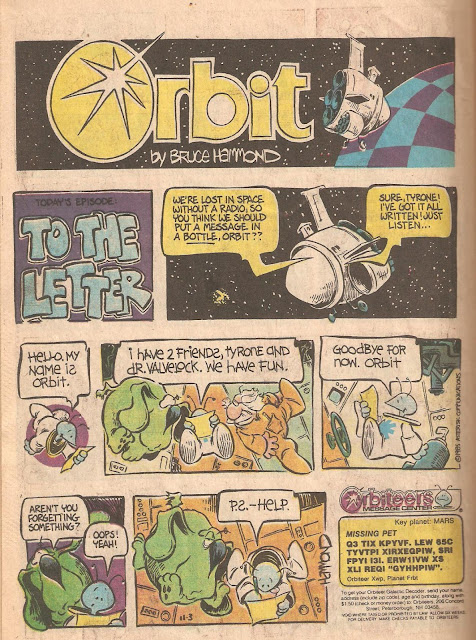 I've already got a month's worth of Orbit strips all lined up and ready to go, but I hesitate to post them up too soon.  I'd like to go back over the newspaper dates I've already covered, trying to find an elusive Hi & Lois comic possibly posted sometime between 1980-1987.  That's a lot of pages to sift through.
Posted by DeBT at 1:13 PM