Just recently, I've been instigated* into the secret matriarchal ritual known only to women.  I helped out by setting up a game for my sister's Baby Shower.  This game was an exercise in simplicity - the guests would be equipped with half of an accompanying comic.  One side would have the pictures and the other half would have the text.  And the challenge would be to match the appropriate image with the appropriate text. 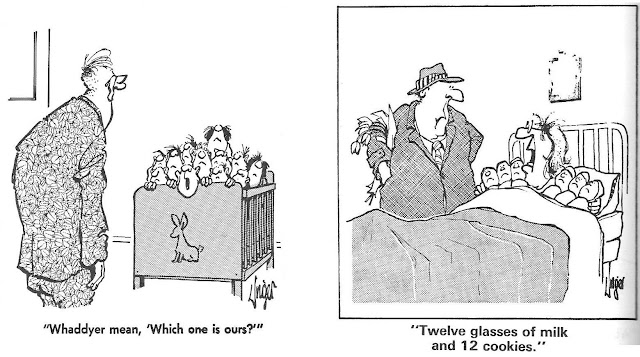 The decision would have to be considered carefully, because in some instances, the answer could wind up being rather nonsensical.  While my sister would've intuited the answers instantly, she'd play ignorance in order to string the game along in favor of the guests who'd be less knowledgeable. 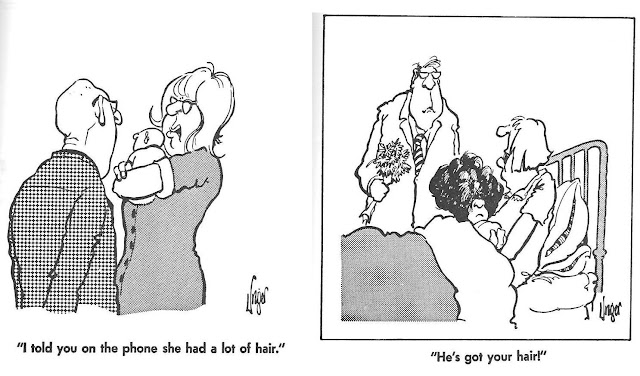 Finding the material for this game was something I'd be a natural at, having an encyclopedic memory for pre-1996 newspaper comics relating to any anecdotal analogy.  (Too bad there isn't a job posting for that)

But the actual process of completing the conditions for the game was surprisingly extremely hectic and stressful for me.  It wasn't the process of tracing down and finding relevant baby comics that was hard (That was the easy part)  It was having my choices whited down to a paltry number that would be suitable for the partygoers, who'd be bigger fans of Cathy or For Better or for Worse than Herman.  The problem being that there were very few single-panel comics of the former compared to the latter.  If it was simply dividing a comic in half and trying to fit the pieces of the panels together like a jigsaw puzzle, it would be an easier prospect. 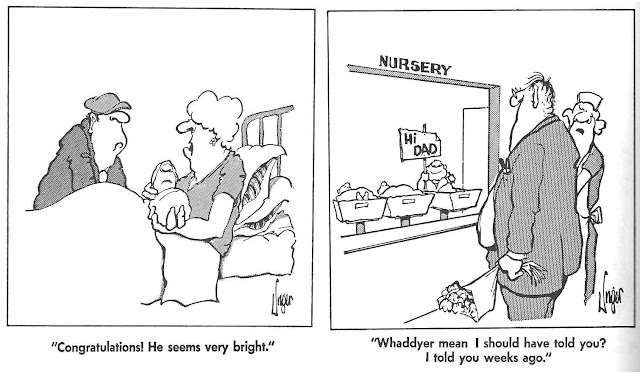 My Mother didn't want to run the risk of alienating anybody who weren't avid experts in understanding comics, and opted for the safer route of one picture, one sentence.  (She's not much of a visual thinker, preferring to think in words instead)  Initially, I was dubious of her claims, as well as having the "answers" ready for anybody who wouldn't be able to figure it out on their own.  Other games included drawing a picture on a bib for future use, and a guessing game for what was inside a present-bag.  The purpose of this game was to serve as an icebreaker, making people who normally wouldn't talk to each other, find their mate, match up, and engage in meaningful dialogue.  The trick was to narrow down the available choices among the comics that could be widely applicable in multiple instances, and not restricted to specific punchlines. 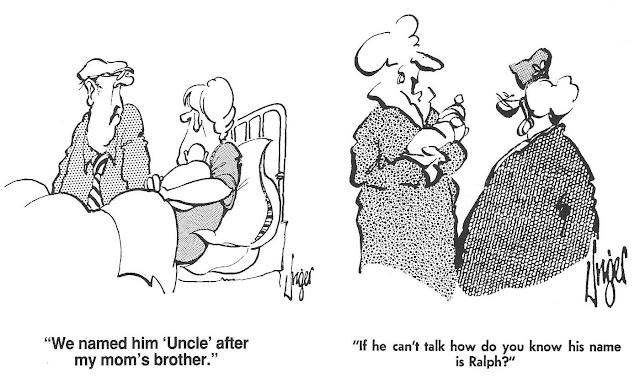 After the vetting process, it was a matter of copying and pasting the numerous comics, first with text, then without.  Then typing up the missing text to be printed later.  Then printing out the pictures to make sure they weren't too big or too small to carry around.  Then making sure there was enough blank room at the for holes to be punched for thread to go around the wearer's neck.  There was some general confusion as to how I could punch holes without a hole puncher, until I showed that this was achieved by putting the edge of the cut-out into the edge of a regular 3-ring holepuncher.  This was an example of "being smarter than the problem". 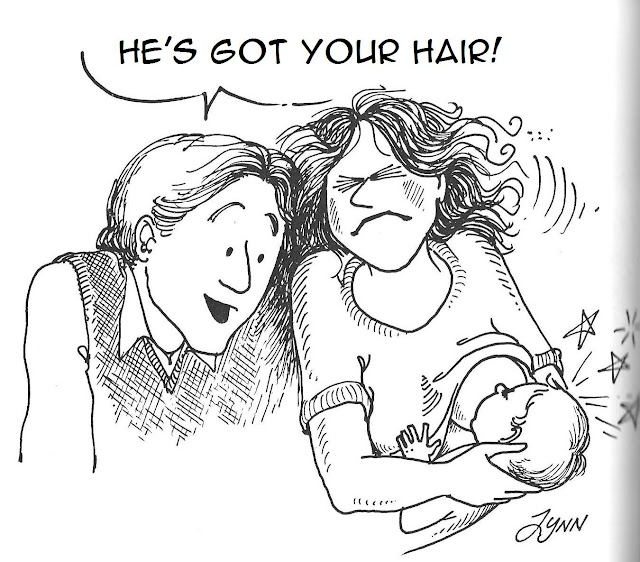 After numerous test printings to see the results, we finally arrived at an appropriate size ratio.  Then I had to print out the final drafts onto high quality paper that would be suitable for the guests.  I suggested printing the pictures in one colour, and the text into another, so it'd be easier to tell them apart. 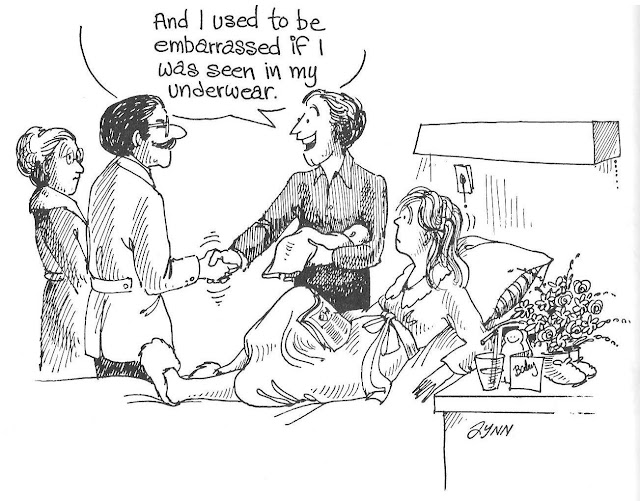 Then, when it came to making a test run of a card paper sample, I ran into an unexpected obstacle - my father was using the computer where the picture files were.  I never know how to approach someone working from behind, and also loath being interrupted in kind.  Even though this was my own dad who's never displayed any kind of physical violence towards me, I still felt extremely apprehensive about disturbing him.  I replaced the scrap paper in the printer with the single paper sample I intended to use, hoping that my actions would be noticed.  It wasn't.  His peripheral vision wasn't as good as mine. 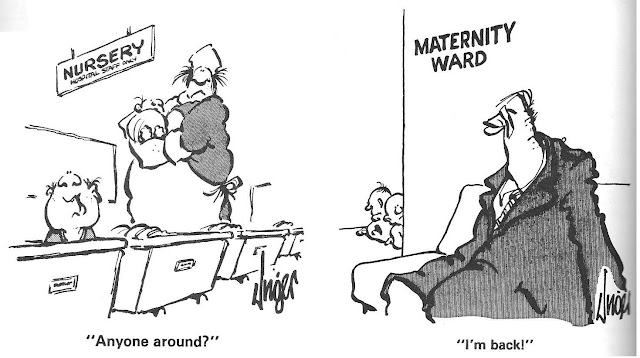 I only managed to muster up some courage by wearing a back support belt tightly wrapped around my stomach area.  After awhile, I was able to calm down enough to ask permission to borrow the computer briefly so I could print out a sample on good paper, which would only take five seconds.  When I relayed my message, I told him that there was no need for him to log off his email account - I'd be out of his hair soon enough.  It wasn't until I looked at the printer that I noticed that he'd printed out some tax stuff on the very quality paper sample that I'd been meaning to use. 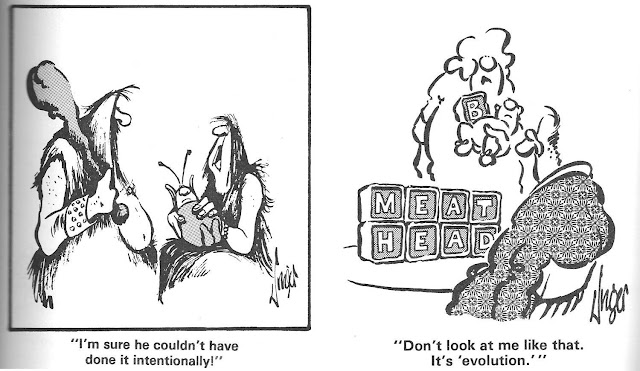 I couldn't help it - I started laughing more out of sheer exasperation than exhaustion.  Fortunately, there was still enough leftover room on the page to allow a single picture that would've otherwise taken up a waste of room.  With deliberate calculation, I was able to eke out a comic that juuuust dodged overwriting any confidential information.  As a result, Dad's got a very colourful piece of form material in his files now. 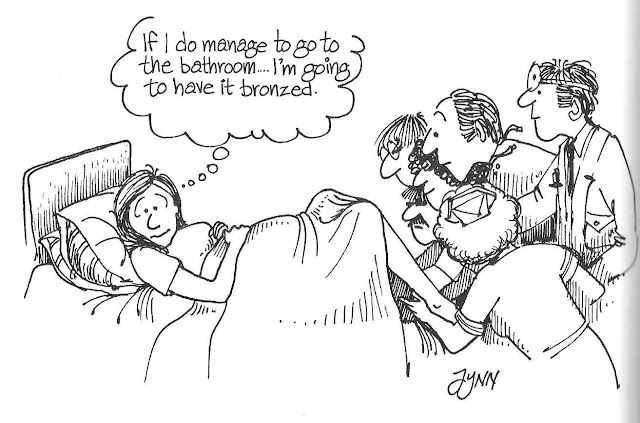 In the process of naming the baby-to be, the subject of family names came up, and I found out that one of my middle names was Armand, after an uncle, and was almost considered for my first name.  But it was turned down on account of sounding too much like Herman, which would've been problematic for a growing child being associated with the comic strip.  Ironically, the sheer amount of Herman comics I've memorized made me more of an accessory than anything.  Whenever an amusing story is mentioned in my vicinity, I'll reply with "That reminds me of a Herman..." (or Cathy / Doonesbury / Garfield / etc.) and I'll eventually find the result buried in the pages of the books I have. 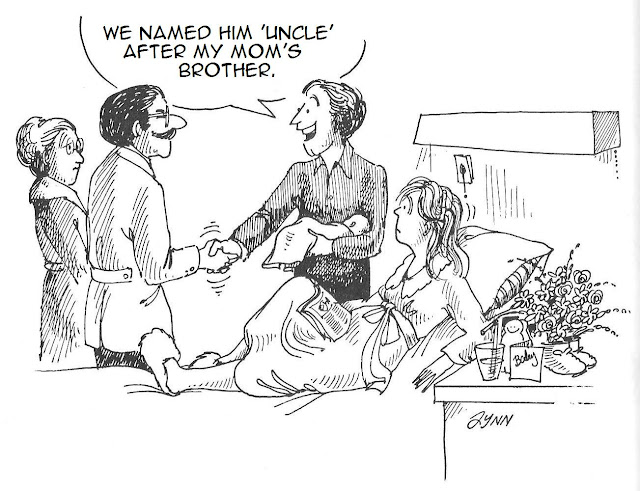 As a result, I figured that instead of being called by my regular name, I'd rather be called Uncle Herman. 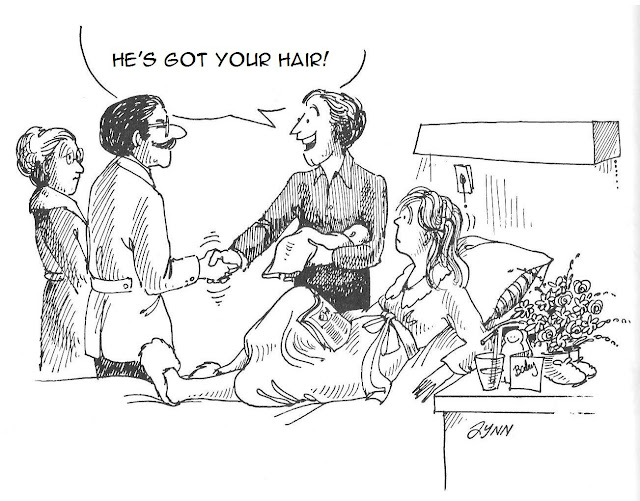 *Technically, I was one of few reluctant male presences there - apart from a boyfriend driving over and a gay friend who stayed, .  (My Dad acting as cameraman didn't count)
Posted by DeBT at 10:33 PM