It's a Secret to Everyone...

Earlier, I mentioned last year that I was going to be doing something different for the beginning of each month for the new year.  If you've noticed the last couple posts, they've focused on advertisements in newspaper and magazines.  Most ads were limited one-offs that were just as quickly soon forgotten.  Others had repeat business from reliable artists who gave their contributions on a monthly basis with varying results.  One of these was the Labatt Blue beer ads which would reveal long-held "secrets" short of revealing their beverage recipe for hops and barley. 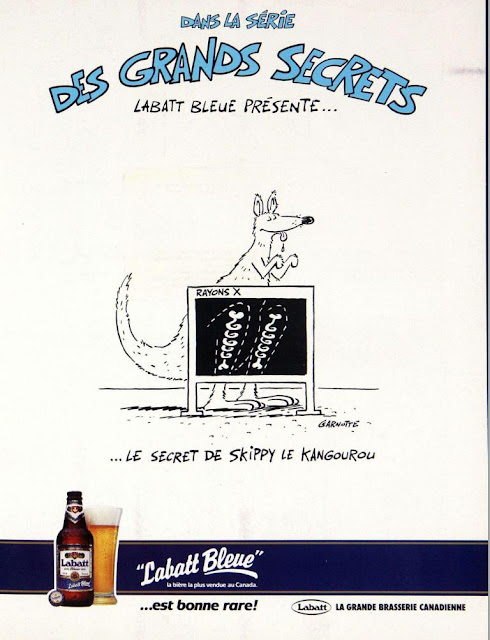 The other more impressive series of ads are as seen below.  I've also mentioned that I wouldn't do any comics from Gary Larson's Far Side.  However, there's no reason not to post comics that clearly gleam from his influence. 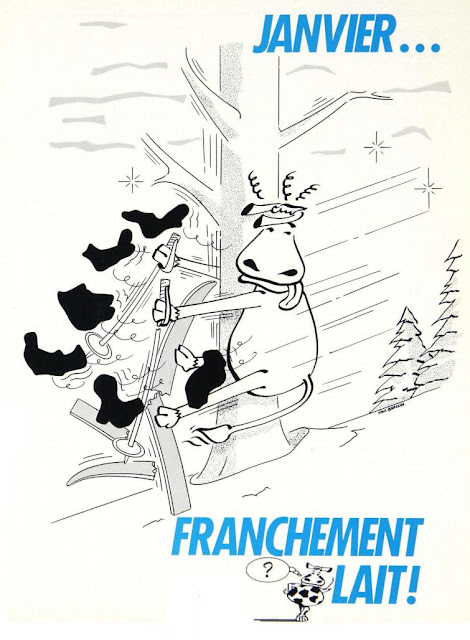 While Americans were content with their "Got Milk" ads, Montrealers had to deal with the powerful Milk Industry in a different way.  Between 1989 and 1993, there were a series of Paul Brazeau's Franchement / Vachement Lait! (Frankly Milk!) ads that while not copyright infringement, were clearly intended as homaged extensions of Gary Larson's most famous animals.
What's particularly enjoyable about these is that every single comic has a smaller comic that summarizes the overall comic, usually near the bottom, not unlike those Throwaway panels in Sunday Comics.  These comics were originally much smaller, but I've taken the liberty of blowing them up to a more reasonable visible size.  Of course, even there, they need to be seen at full size to appreciate.  The ad soon changed from the Vachement pun to Manquez pas le meilleur! (Don't miss the best!) 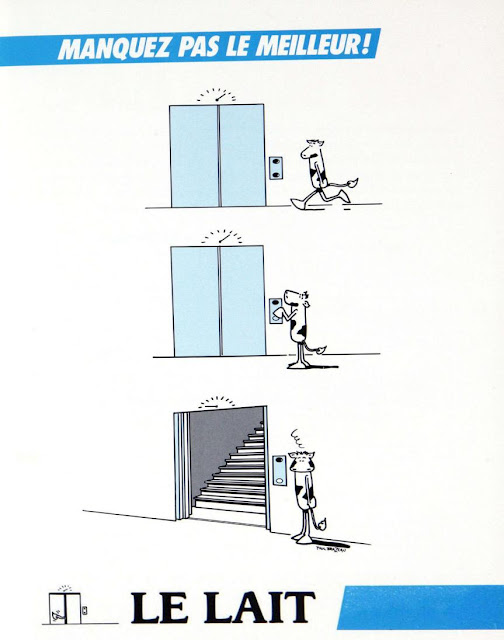 An added bonus is that some surrealistic strips don't need any further explanation.
Posted by DeBT at 7:45 PM