In addition to going through old newspapers, I've also been looking through online archives of CROC Magazine.  As mentioned before, CROC was the Quebec equivalent of National Lampoon or MAD, and used to run Red Ketchup.  (Still holding out hope for an official English release or scanlation)
It seems somewhat contradictory of me to be posting more advertisements on Boxing Day, where stores are intent on removing their stock and I'm fixated on dredging up ancient history, making relevance of no-longer available products somewhat redundant.
In an age where pop-up ads are considered vastly annoying, and most customer's preference is waiting for the trade or DVD, nostalgia for time-wasting advertisements can be seen as somewhat baffling.  The majority of ads whose only purpose is to induce an earworm imprint in your mind are the most loathed, and therefore, most in desire to forget.  But the rare few clever ads that aspire for something more that stretch the boundaries of a typical 30-second sales pitch are the ones that remain in our minds long after they've been discontinued. 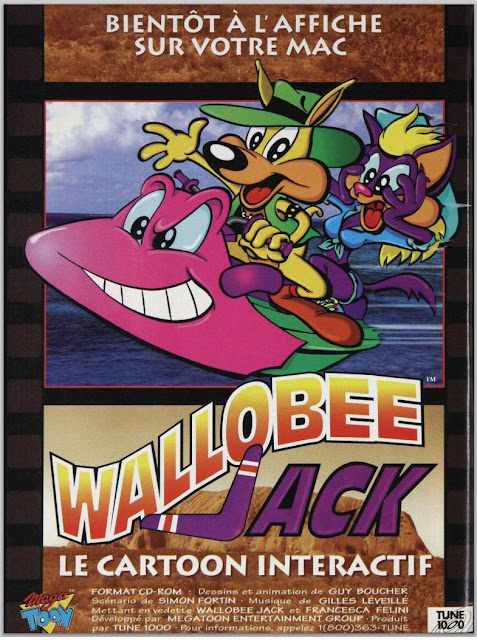 One of these was an ad for Wallobee Jack, an obscure point-and-click computer game series.  Despite the Tiny Tunes influential design, the actual animated gameplay dialogue is startlingly limited to the lips.  While it's the same principle used for Japanese Novel games, it somehow winds up being more distracting.  See for yourself...

If there's a fault, its that the puzzles are rather easy, and are cut between lengthy cut scenes that look unskippable.  I've never been able to understand how people can play dialogue-heavy games with no available text, especially if you're dealing with sensitive material relating to clues, and need to refresh your memory without having to replay the scene again to understand what was said; which is why I prefer games that at least have their text on the screen. 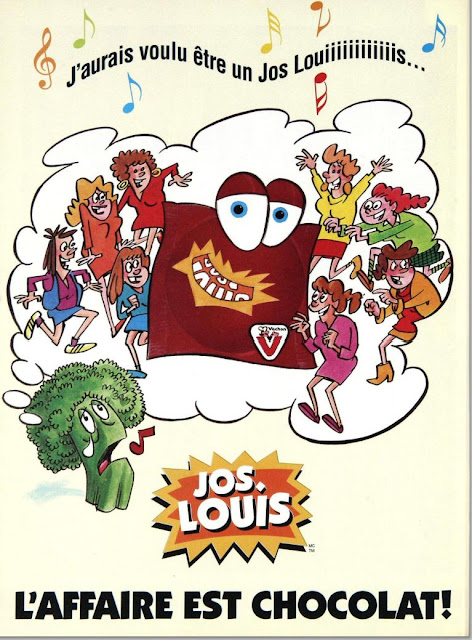 There's been comparative food studies that show that candy and meat advertisers outpace advertisements for health food by hundreds of times.  This may be the only instance of an anthropomorphic broccoli stick in an ad, and it's miserable at not being as fun as a Jos Louis cake bar. 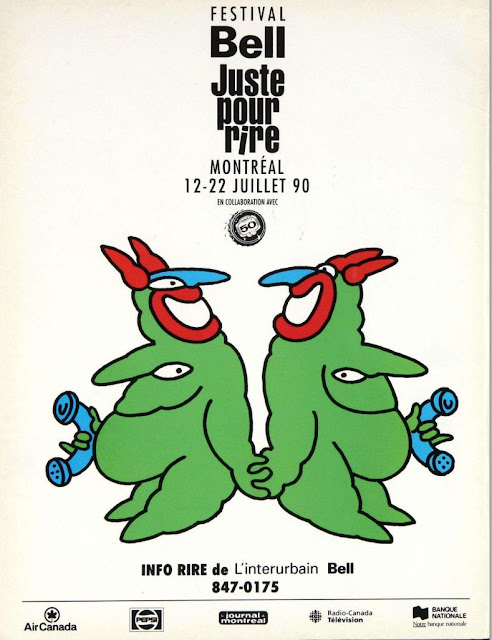 Every year in Montreal, there's a Just for Laughs comedy festival where comedians gather to display their stand-up skits and sketches.  And every year, I wind up disappointed with their mostly unfunny results.  Their only saving grace is Victor, the "Laughing Devil" mascot, who like the animated Pink Panther, is much more appealing than the source material. 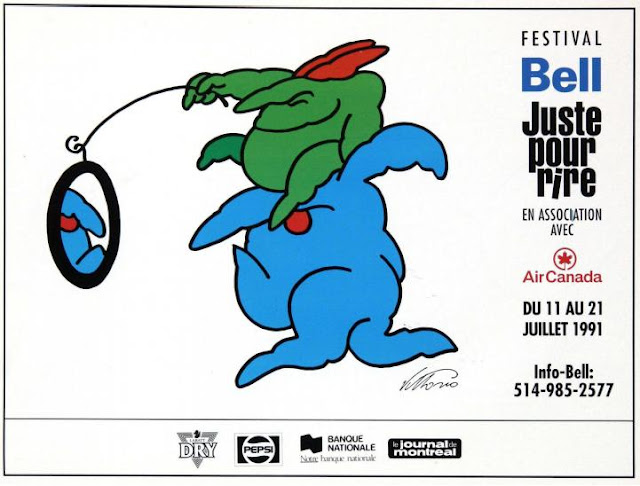 Victor was created by the late Vittorio Fiorucci, an ad designer whose works were featured on multiple posters and several Time magazine covers.  The self-caricatured mascot will probably remain his most memorable legacy, outstripping his other projects, which seems somewhat fitting.  His obituary had all kinds of interesting anecdotes, starting off with coming to this country in anticipation of selling stories.  His only obstacle - he couldn't speak (let alone write) English or French, so he resorted to drawing, and by chance, wound up doing advertising work.  That suited him just fine, since "Posters, are after all, short novels of art.", so in a strange roundabout way, he wound up telling stories after all.

Victor is so ubiquitous as an icon that he was even part of an anti-drug platform that even found its way on public transportation posters. 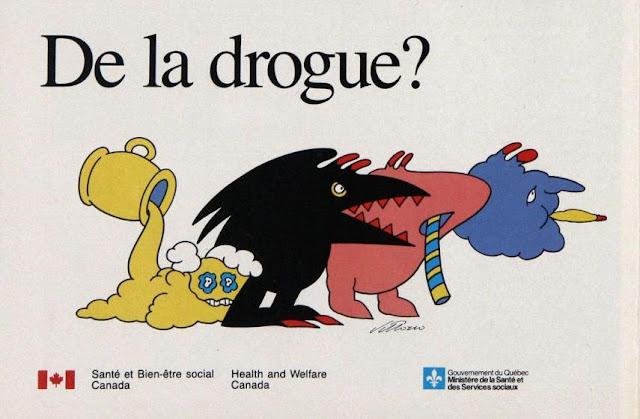 It would take me years to figure out that the pink creature with a straw wasn't sucking things up its mouth, but up its nose.  The crow thingie is probably Crack or Speed, and I've just figured out that the yellow slimy thing is likely alcoholic beer. 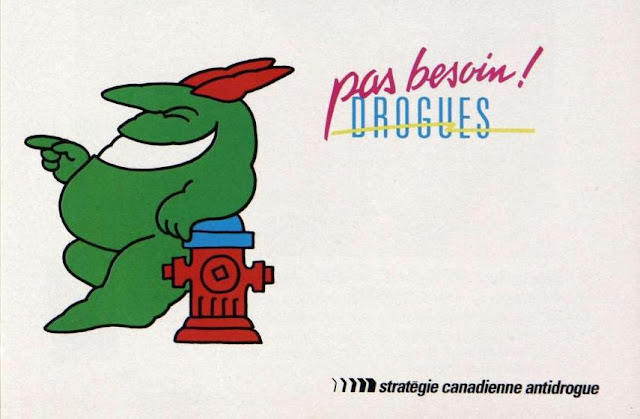