A Little Bit of Everything

Sorry for the lack of updates.  I've been busier than usual lately, and I'd been having trouble pining down specific topics I'd want to talk about.  I've got some rough guidelines drafted out, but feel that they could use more reworking, and I'm self-imposing myself by not wanting to use the same subject material twice in a post, which is why my topics are so erratic.

A commenter asked if I could show the Full Monty comic of The Simpsons, and since there's been no other requests, I'm willing to oblige.  Here's the full-page version. 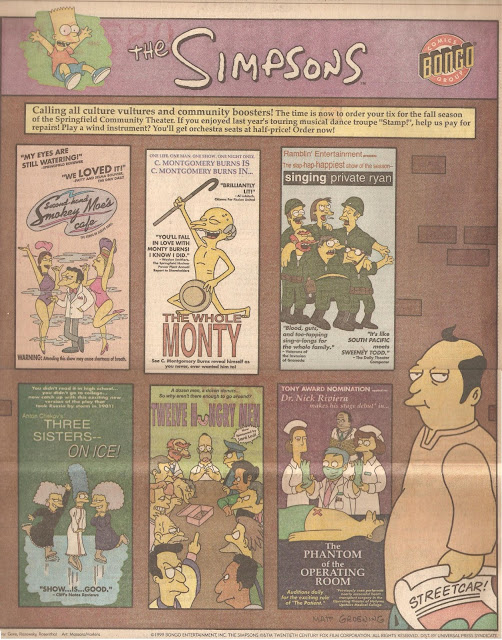 Since there's a lot of shrinkage involved, I've split the posters into two halves.  You may want to avert your eyes from the center. 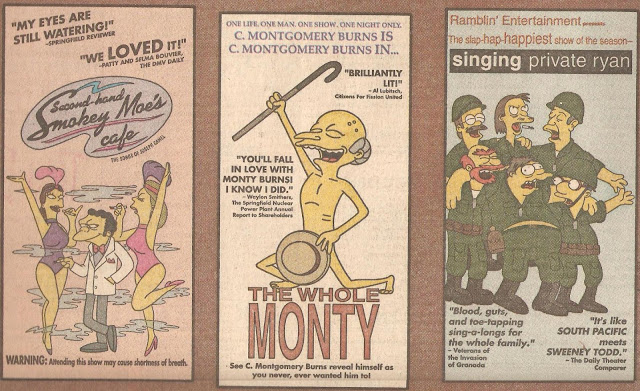 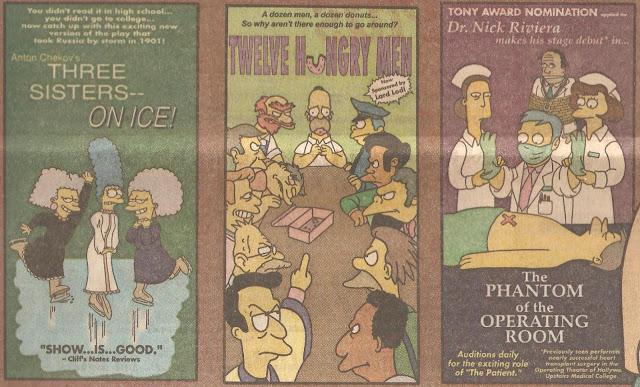 When I heard the news that respected Canadian author, Margaret Atwood, was going to branch out in S-hero comics, with her title Angel CatBird, it reminded me of this.  I've posted this comic before, but I think it bears repeating.

While the notion of her planned genre isn't exactly my kind of thing, the way she described the format leaves me with less confidence.  Just having your hero spout animal-based puns alone isn't going to be enough.  That obsessive panel relevance might've worked for Watchmen, but it was also distracting as hell.  At first, I thought she was branching out into exploitable fields, not unlike Celebrities releasing unsuccessful children's books, until I did some research, and found out that she was a rabid reader and producer of comics herself. 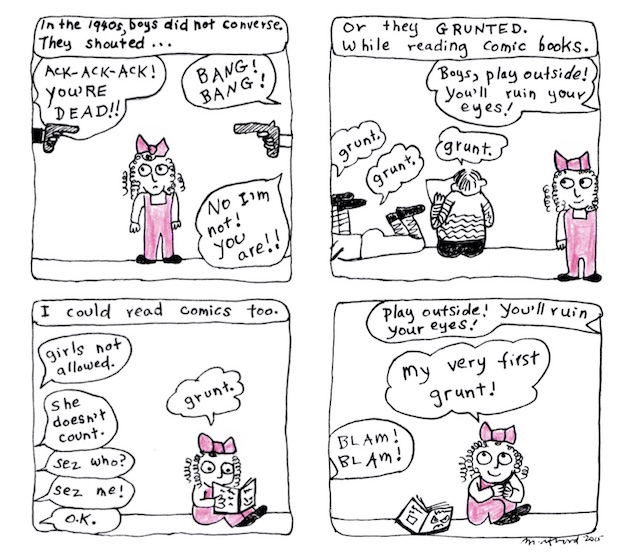 I certainly couldn't comment on her writing ability, since I've never been able to get past the first page of any of her nerves-inducing novels.  But I'd hope that she'd be able to tie her theme to more than just cat & bird sanctuaries.

When Bloom County branched out into Sunday-only comics in the vein of Outland and Opus, they were a far cry from the legendary strip run of the original.  So when Berkley Breathed said he was coming back to the strip for a third revival, I wasn't very optimistic.  Turns out that what missing magic formula for the snarky up-to-date commentary were the daily strips (with occasional Sundays) that gave the comic the biting nature it'd been lacking.  It probably helps that he doesn't have to stick to a specific schedule, or ironclad number of dailies and Sundays, and just presents them in any order he chooses.

The latest comics have been commenting on the latest Star Wars movie (of which I have no preference, and even less interest) and this little ditty came up:

I figured it'd only be a matter of time before somebody made the obvious editing choice, and was surprised to see it hadn't been attempted yet.  The hardest part is filling in the blank centering around Jon's arm.  I'm sure that somebody out there would be able to do a better photoshopping job, but this'll have to do for now.

Zippy the Pinhead is one of the most obtuse mainstream underground comics (other than Odd Bodkins) that's somehow found its way onto the newspaper funny pages.  In the early 2000s, when Japanese comics began outpacing American comics in terms of popularity, and outlets started devoting pseudo-Manga in hopes of leeching attention away from newcomers, it was a revelation (and confirmation) that the once underground obsession had finally pierced the public consciousness.

Nowadays, with the near-ubiquitousness of Japanese media, any mention of Otaku culture is somehow less impressive.  Back then, fans would scour pages for any mention of their favorite hobby.  These days, why bother?

The Wizard of Id has very few reoccurring characters, but few are as obscure as the monstrosity known as Abra Cadaver. 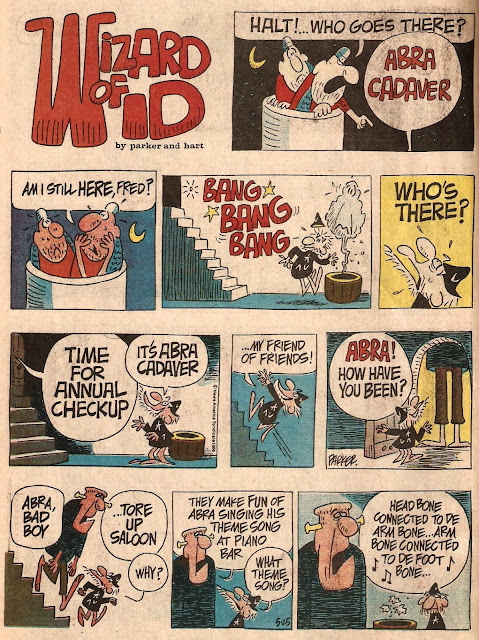 Abra Cadaver is basically a Frankenstein-creature that the Wizard seems to be on good terms with, and bears no relation to the Powerpuff Girls villain.  It certainly seems to be a popular name for a mangling of the famous magical incantation.