Great, Now I'll HAVE to Read the Articles 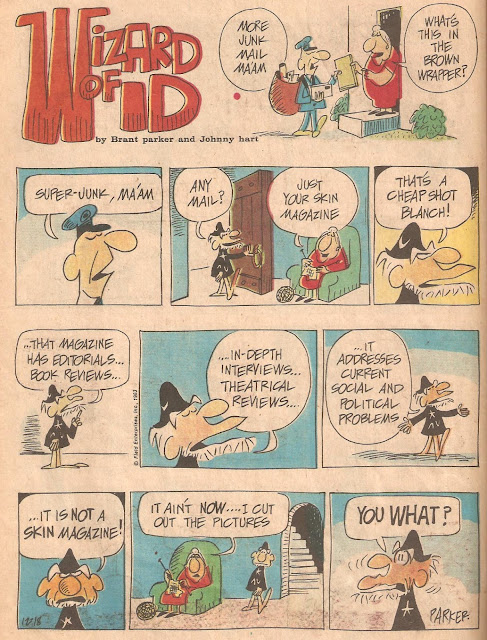 Just recently, it was announced that Playboy, long-time purveyor of editorials and erotic content made the stunning business decision that they would no longer be featuring nudes in their once-respected (popular) magazine.  This would normally be considered a death knell for a publication that once featured the works of artists (several who worked for children's comics) such as Harvey Kurtzman, Will Elder, Jack Cole, Jules Feiffer, B. Kliban, Gahan Wilson and Shel Silverstein.  Then you remember that none of those previously mentioned names have contributed to the magazine when it was at its peak of its popularity since the 70s. 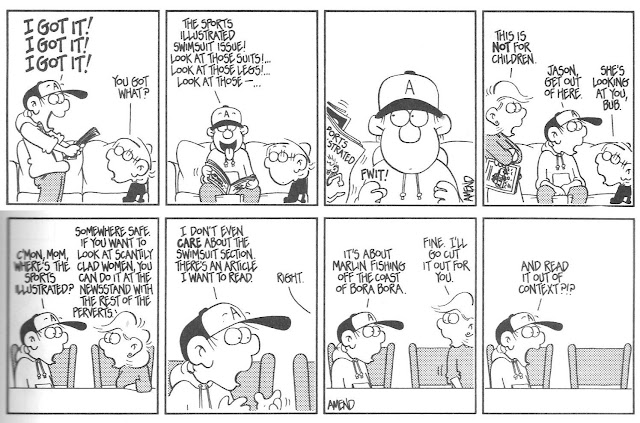 Having been made redundant by the vast amount of alternate content available on the web (the internet is now closely associated with porn than Playboy), they've figured that their modus operandi of appealing to the lowest common denominator was no longer low enough to deal with their raunchier competitors (Penthouse, Hustler, Foxy, Club) who weren't afraid to show more than just teasing images.  What once was shocking has now become the norm, and the amount of skin shown in Playboy would hardly raise an eyebrow today, compared to what else's available out there.  Not that I would know - I haven't cracked open a Playboy in my life.  (Note I didn't say anything about the other magazines, though) 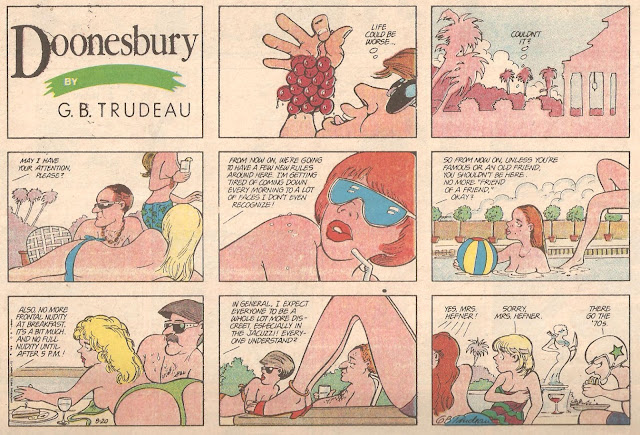 For years, Playboy was praised for the quality of its essays, but I never believed this claim, figuring that its main draw was the nude shoots, since the dull impact of words could hardly win over the direct impact of its pictures.  (I never even bothered with reading playmates likes/dislikes, since they were effectively irrelevant)  It seemed like a convenient excuse for exercising the mind to make up for browsing lower-functioning content.

The only staple of current customers were faithful fans who'd stayed with the magazine since their youth, who were now looking at models young enough to be their grandchildren... assuming they had any kids in the first place.  So despite falling into obsolescence while still having enough brand name recognition (and the perplexingly popularity of the Bunny suit among female Manga characters, including Ranma, Sailor Moon and Haruhi Suzumiya), Playboy figured that the only way to combat ubiquitous online (and self-generated) nudity was to adapt or die.  So Hugh Hefner decided to change in the most seemingly self-destructive way possible, short of printing the pages with Mission Impossible mission statements. 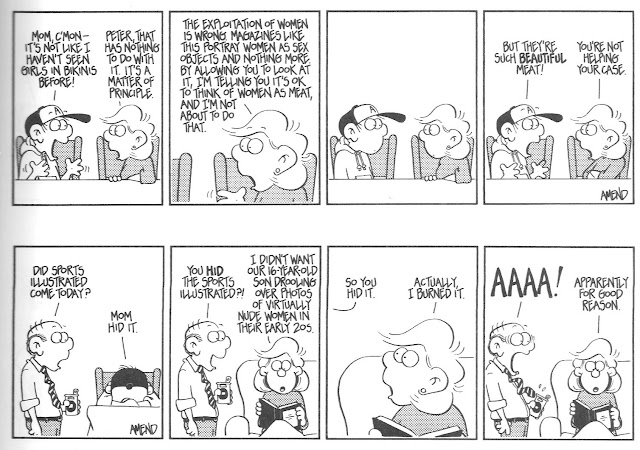 Surprisingly enough, shortly after the announcement, the Playboy website had a sudden surge of popularity from curious bystanders who wanted their minds to be engaged.  (Source from a site that has sensationalist news photobombs in its sidebars)  Whether those numbers will translate potential newcomers to repeat viewers is still up in the air for now.  The rise of hits on Playboy's site suggests that there's a fair number of people who want access to informative articles without being associated with questionable content that hurt its reputation.  However, if Playboy doesn't manage to provide enough stimulating material, chances are readers will abandon the tastefully dressed girls in favor of less pandering tastes.

You can only distract people by the Sexy (Vote for Bart!) for so long until they're bored enough to seek attention elsewhere.  Then, they'll look for The Sexy elsewhere.
Posted by DeBT at 10:46 PM