Just recently, it was reported that a long-awaited personal project of Brian Henson, entitled The Happytime Murders, a Noirish take on the Muppet world is finally being developed.  One of the challenges of an art form that's normally thought of being aimed at children with little more entertainment value and plotting than a typical Punch and Judy show is elevating the medium to new heights that it'll be enjoyed by all ages, and not be restricting to parents who'd otherwise be bored out of their skulls. 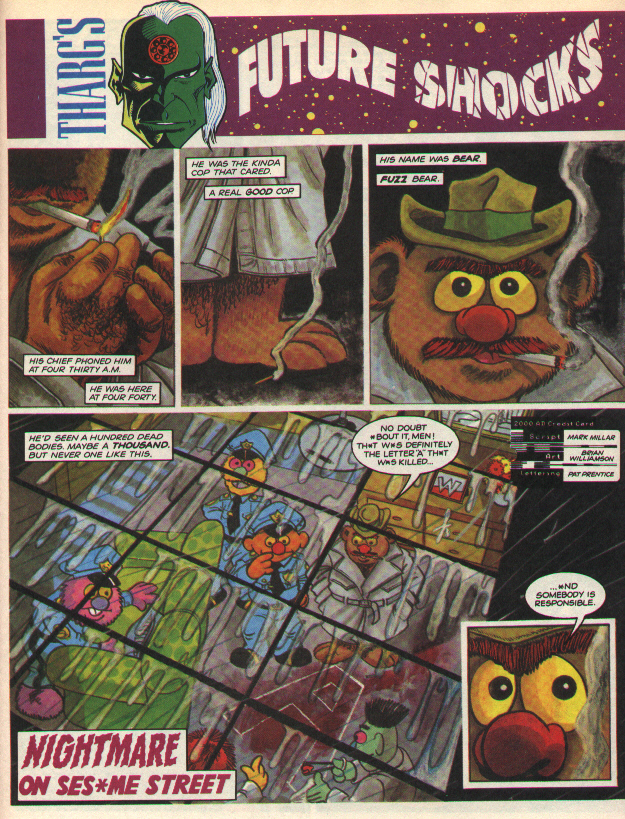 You could say that Jim Henson managed to achieve that monumental feat with giving hand puppets distinctive personalities that could be gleamed by their appearance, manner and speech.  Then that was further ramped up by having the same puppets interact with celebrities who somehow managed to convincingly talk to them without giving away what Berkeley Breathed called "The Big Bird Secret". 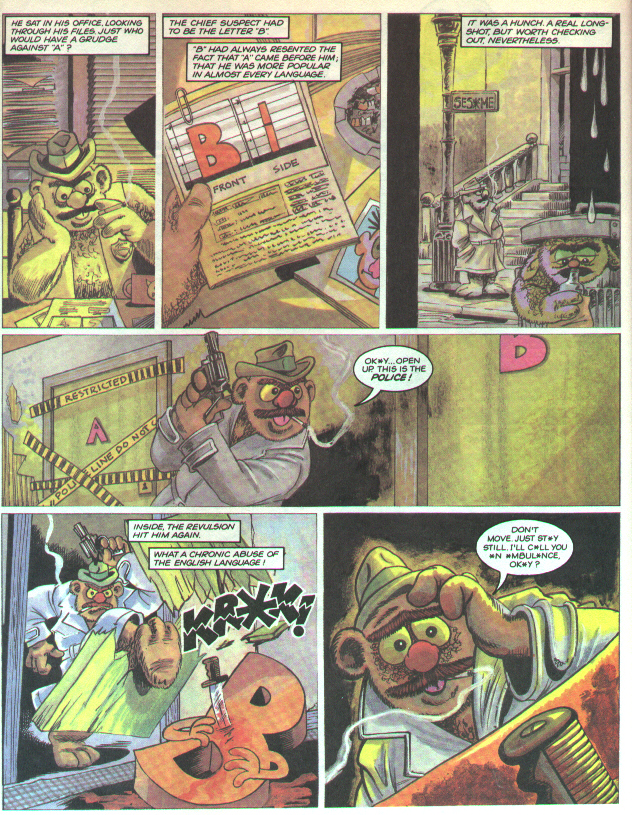 Then, later technologies and innovations with foam gave rise to animatronics that could emulate more complicated facial movements than could be achieved by manipulating the interior of a ventriloquist dummy, even as operating such a system required co-ordination between at least three people.  The finale to the quasi-Simpsons rip-off, The Dinosaurs is well-remembered for being devastating in its hard-hitting message. 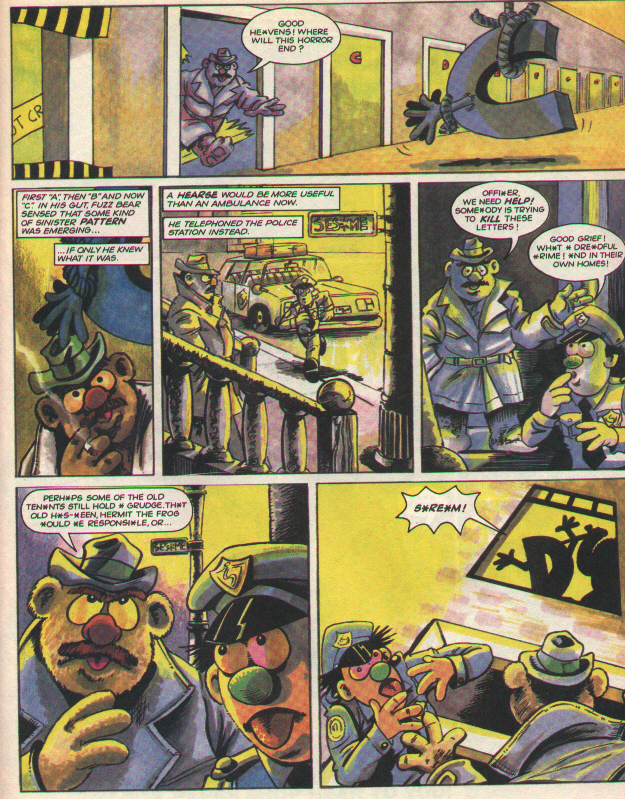 Such efforts are made possible by having said puppets becoming more than just stage props to be bandied around whenever convenient, and bypassing the audience's suspension of disbelief by making the puppet's actions appear fluid and believable, even when the wires are visible.  Yet despite their effectiveness, Hollywood Studios are more concerned about expanding their efforts on CGI, even when actors are more receptive to responding to impressive large scale monsters appearing in front of them, as opposed to play-acting against a green screen, which is an occurrence that's happening with alarming frequency. 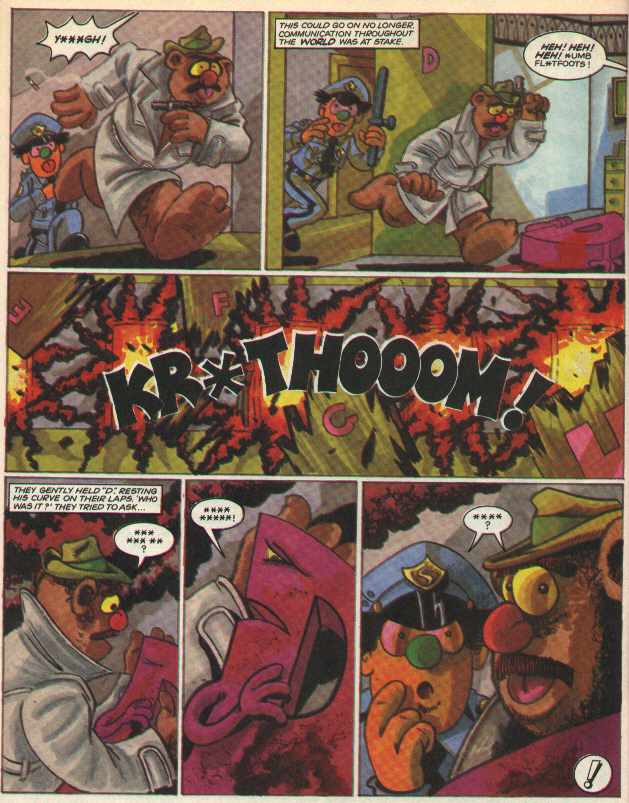 All this is pretty much moot, since chances are you've been paying more attention to this Future Shock 2000 AD short story by Mark Millar, which surprisingly enough, succeeds at bringing the Muppets into the realm of noirish underbelly of overhanded prose in a world where cops are corrupt, women are dangerous and the streets are forever running with blood, and you can only relate to events through double-entendred metaphors.

It's too bad that there's only five blotted letters in victim "D"'s last words, since it would be extremely 4th-wall breaking  if the alphabet serial killer happened to be Mark Millar himself.
Posted by DeBT at 9:22 PM