Giving up Bread for Lent

Sorry for the lack of updates.  It's been a week of unproductive activity, due to no account of obeying the Passover rules of not eating any bread / pasta during the week (read 8 days).  If it weren't for the loophole of being able to consume potatoes, I'd go mad.  As a result, the lack of gluten going into my brain slows down my creative process.  Just relying on chocolate (even heavily discounted Easter ones) isn't enough of a motivator.  While I'm not particularly religious, I feel it's only right to do my utmost best to pay respect to my spiritual ancestors, even if my craft suffers in the process. 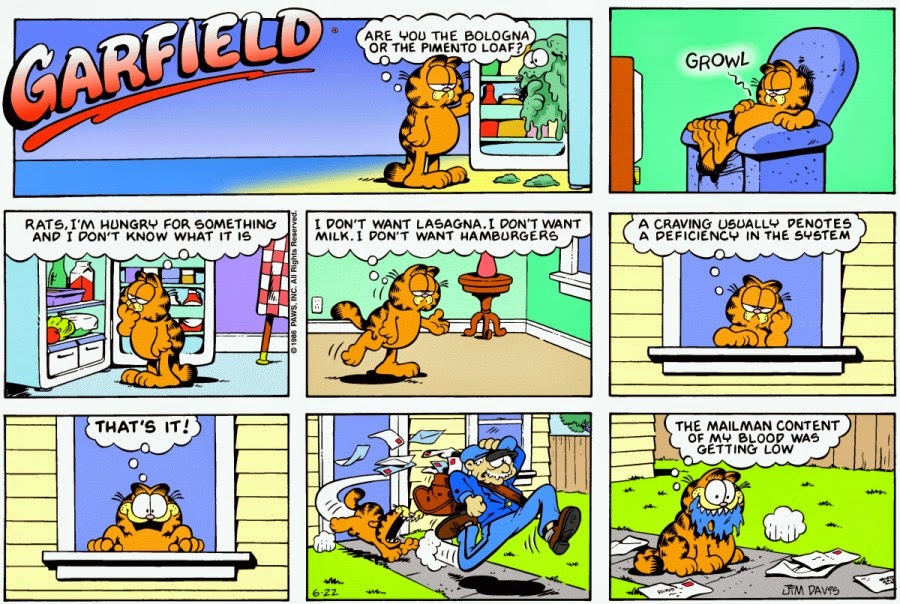 One of the hardest part of giving up bread products is that every year, is that when my Dad goes to visit his family for Easter, they always feel fit to give some doughnuts from a Pinsonneault bakery that's only available in their hometown.  This is a good thing, since the rich quality of these Maple doughnuts prevents me from downing these delicacies on a daily basis. 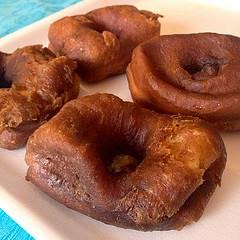 Don't be fooled by their unshapely lumpiness.  they're jam-packed with maple syrup, which accounts for their unevenness.  The collapse of their structure is due to being unable to fully contain the inherent watery sweetness within.  After having one of these, I suddenly had a craving for Glazed doughnuts (previously only choosing chocolate by default) since they were the closest available substance in comparison.

However, I'm also something of a compulsive hoarder when it comes to preserving limited quantities of foodstuff I'm particularly fussy about.  I've still got a box of frozen pizza rolls that I still haven't cooked, since I used to be visited by a Meatman who would arrive on a monthly basis until the supplier retired, and am thus unable to find any of said pizza rolls that are commercially available.  Pizza pockets and Pizza snack packs don't quite fit the bill.  When this year came rolling around, it was discovered that there were some leftover doughnuts that'd been sitting in the freezer since last year, since I was saving them for a foreign friend who never came over.  (After defrosting them, they still tasted pretty good)
In the midst of my gluten withdrawal, I was scouring social media in the vain hope that I might come across memes and personal accounts that would distract me long enough.  In the midst of these timesinks, I came across a surprising account of an Aislin comic that was supposed to be left unseen regarding Postmedia purchasing Sun Media.  This was surprising to me because despite Aislin's proclamation that this cartoon never would've found its way in the Gazette, I could've sworn I saw it in the papers recently. 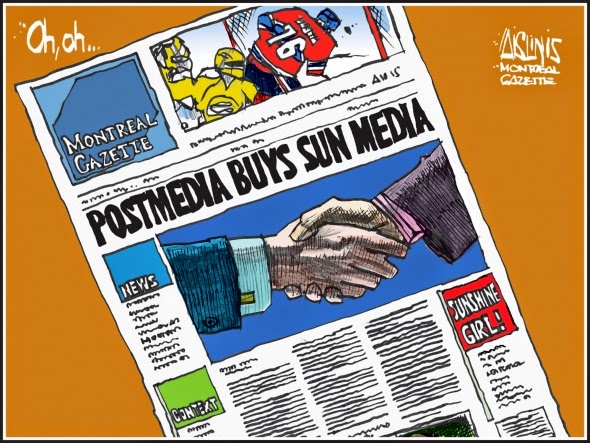 I went through various old newspapers, trying to find the relevant cartoon (while clipping out other articles of interest) but for some reason, was unable to find the paper in question.  Curiously enough, one date in particular was missing - Thursday's paper.  I thought for sure that the missing cartoon must've been in that elusive paper.  (It wasn't - Aislin's comment came out on March 27, and The Gazette printed it on March 28)  I checked the remaining papers to see if it was put at a lower date.  No luck.  I even checked between articles to see if it was sandwiched between older newspapers.  No joy.  I even checked the junk mail bin in the faint hope that it might've accidentally misplaced there.  No go.

When I explained this perplexing dilemma to my parents, they went through the same labourous search procedure I just went through, and were no better at finding the elusive paper that'd mysteriously vanished out of sight.  It hadn't been taken for a road trip or a bathroom voyage, so where'd it go?  The answer came from looking in the least likely place - at the very bottom of the pile, where old newspapers were to be used for garbage. 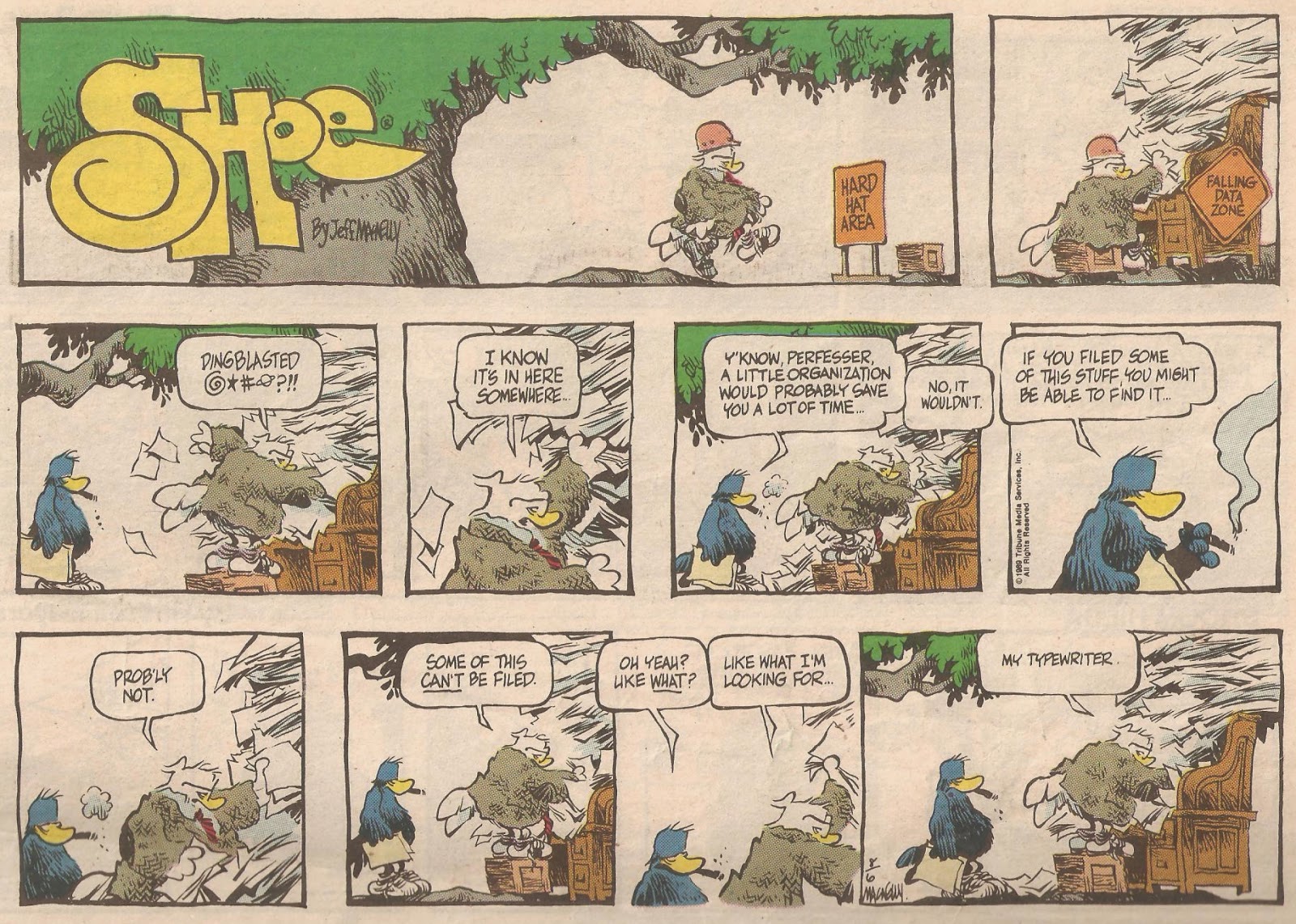 I feel I should explain our disposal procedure.  Recently, we've divided up our waste into three different bins, one for regular trash, one for recyclables, and one for organic waste.  Now, the latter are supposed to be collected into paper bags for easy collection, but the act of putting lots of potato peelings into a small collapsible bag with a small strike zone increases the risk of missing the target when aiming at a distance, and my Dad didn't like the idea of that.  So he devised a procedure to use folded newspapers into an origami shape of a garbage bag.  When the flow of trash reaches the top, that's when it's time to roll up the remainder into a paper fertilizer ball that'll be carefully placed into the compost chamber along with all the other fragile compostables.  When using smaller wastes, such as apple cores and whatnot, I opt for the more manageable junk mail ads.  At least those come to some use.  So what happened was that by some freak accident, Dad had taken the papers that were meant for reuse at the bottom of the pile, and included yesterday's paper in the mix. 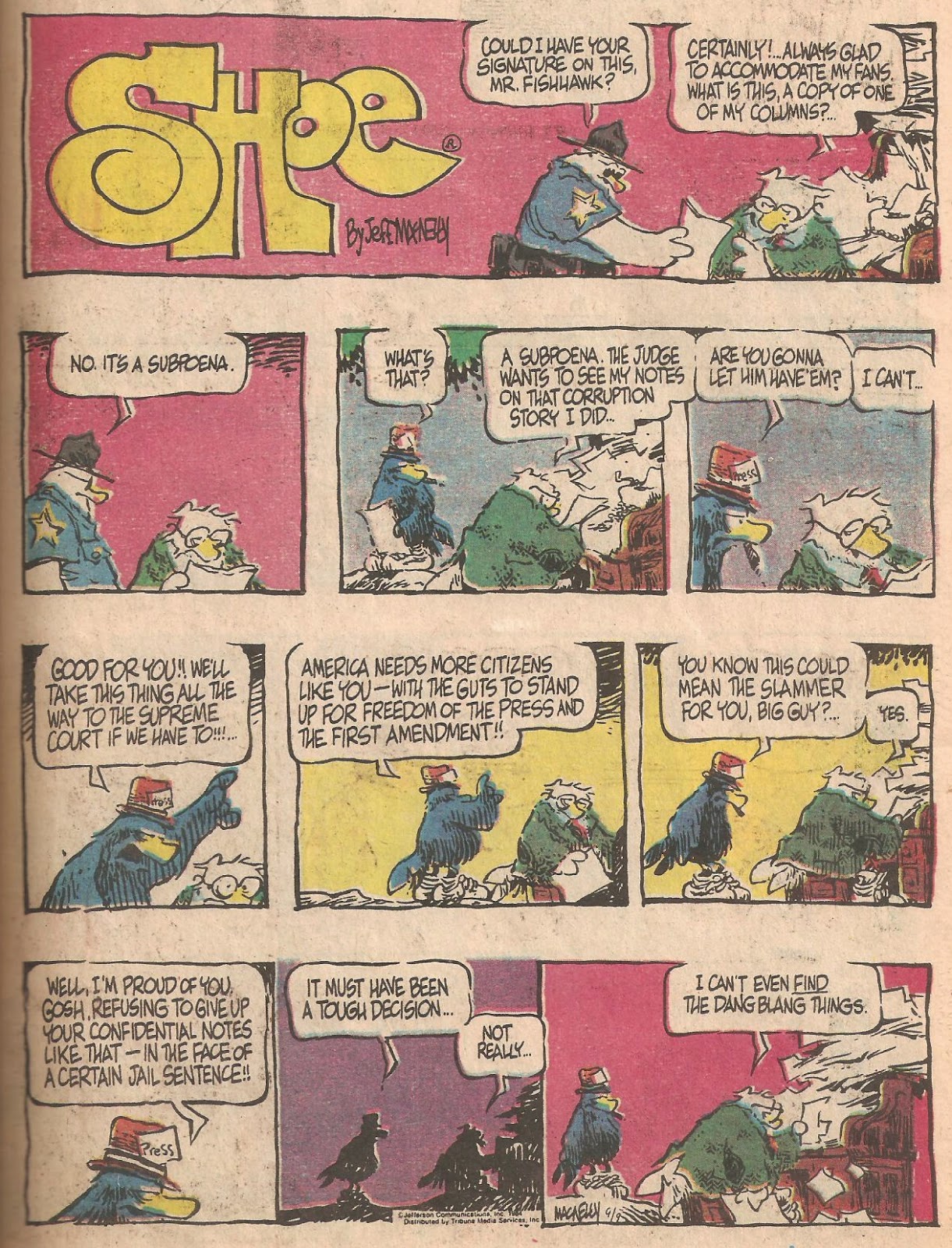 It was somewhat painful for my Dad to admit his unintended bungling.  My Dad is overly cautious in trying out any newfangled electronic device, and won't venture into the field without having carefully read the instructions multiple times over, making doubly certain that he's aware of the implications.  While any other person would willfully experiment and play around with the combinations to see what works and what doesn't, Dad will take agonize over and take great pains to determine the consequences of the action of pushing a specific button at the wrong time.
It was recently suggested that he and I are similar in that we're perfectionists that hate to admit mistakes, which is somewhat surprising, given how much we get on each other's nerves.  Our self-determined systems are simply incompatible with each other.  On the rare occasions where Dad actually manages to make a mistake, my Mom never fails to lord over and gloat over his brief ineptitude, which is her right as Dad takes great joy in other people's slapstick suffering.

Once this revelation was revealed, I instantly pounced upon this by saying,

"So, you buried the evidence under paperwork?"

One of my great regrets is that so much of my spontaneous wordplay is unknown from the lack of an audience that's not around to appreciate them.  I can never just tell a joke - I have to give an elaborate backstory with commentary included.  One-liners are a more manageable beast - they occur on the spur of the moment with few select material available.
Posted by DeBT at 8:34 PM