Shortly after posting my last entry, it was suggested to me that I post the original theme song for those who wouldn't be aware of the original lyrics, and thus be confused by my interpretation.  I was a little upset, but rather than input the original lines below each interpretation (which would've made things more confusing and ruined the flow), settled for putting the song at the end of the post.  On the one hand, there aren't that many people who'd have a edetic memory for a catchy theme song opening that today's audiences may not be aware of.  On the other hand, there were dozens of MAD satires spoofing various musicals with twisted lyrics of their own.  Not being exposed to the originals, let alone knowledgeable about the tempo and themes of these once-laid classics, I was often missing out on a very specific subject of potential humour, and felt that others should do their homework in that field.  Looking up the lyrics to a popular animated cartoon shouldn't be that difficult after all.

It occurred to me that there's another realm of misheard lyrics that comes from audiences not mishearing what they've heard, but being inherently absentminded in recollection.  It's a dirty little secret that despite patriotic pride, chances are you're going to forget certain lines to your national Anthem.

It's not just Americans who are subject to this rash of forgetfulness.  Some Canadians just repeat the verses Oh Canada we stand on guard for thee over and over until the song ends, and hopes nobody notices. 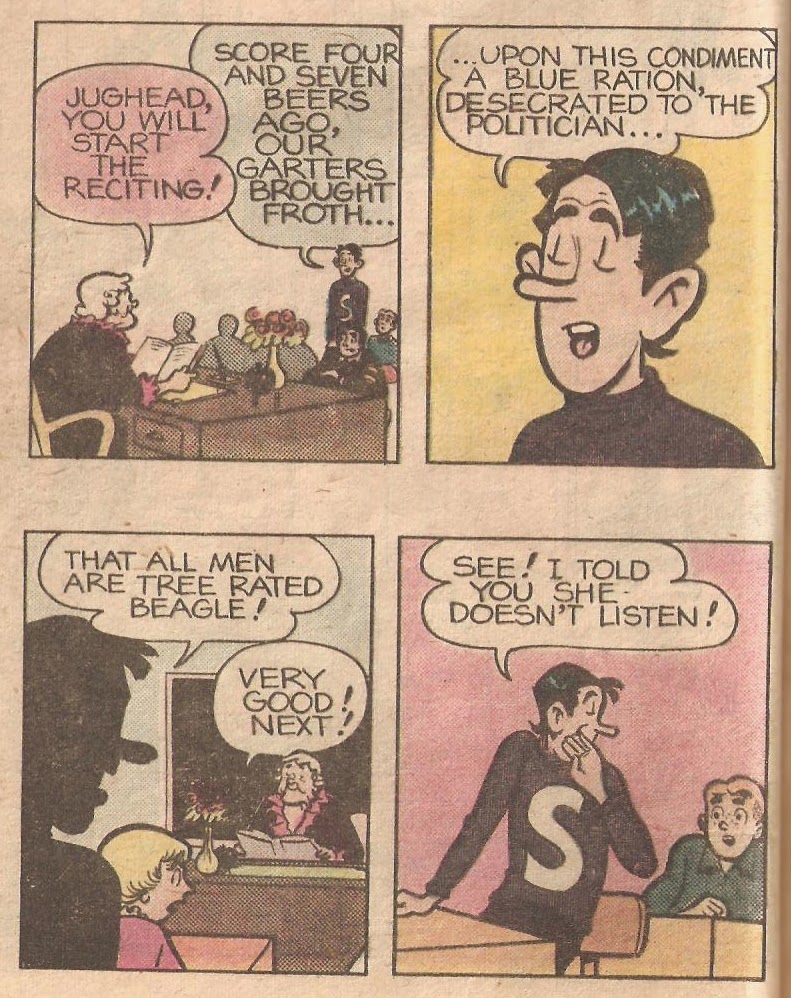 Oh Canada, Our home and Native Land.
True Patriot Love in all our Sons' Command.
With glowing red eyes, we see thee rise,
The true Nords Strong Gin Fleas.
Frum farren wide, Oh Canada,
We Stand on Guard for Free.
Chances are that if it weren't for these silly little mistakes, we wouldn't have inspiration for these parodies in the first place.  I once heard about a group of people who were trying to remember the words to The Twelve Days of Christmas and throwing all kinds of things out there, getting the Drummers mixed up with the Lords, and replacing them with what they thought were the closest equivalences.  While I wasn't present, I could easily imagine them mangling up the verses and using all kinds of amusing substitutions such as:

Bells Ring, Batman Stinks, Robin made an egg.
The Batcycle broke its axle, and the Joker, he escapes!

That was how the song went, didn't it?