Just recently, an Australian blogger, Dan Schaumann, has made national news due to his unusual subject material of taking pictures of tourist traps.  While taking tourist photos of widely visited popular spots is nothing new, Schaumann has branched out onto an unusual realm of widely visited, yet rarely photographed realm of other countries.  I am of course referring to the bathroom.

His feats of travelling worldwide and going to specific spots for their facilities was borne out of a joke over how people would take pictures of the most mundane objects, such as food, and it would gain instant popularity via Facebook posts.  He took a few pictures of some bathrooms, and was surprised by the reception he received.  There's a lesson to be learned here.  Rather than constantly going after the next new thing by emulating their superficial features, go in the opposite direction and aim for something completely unmarketable.  Bloom County's Bill the Cat was originally intended to be the Anti-Garfield, a merchandising disaster that had virtually zero appeal, yet the public found his disgusting antics endearing. 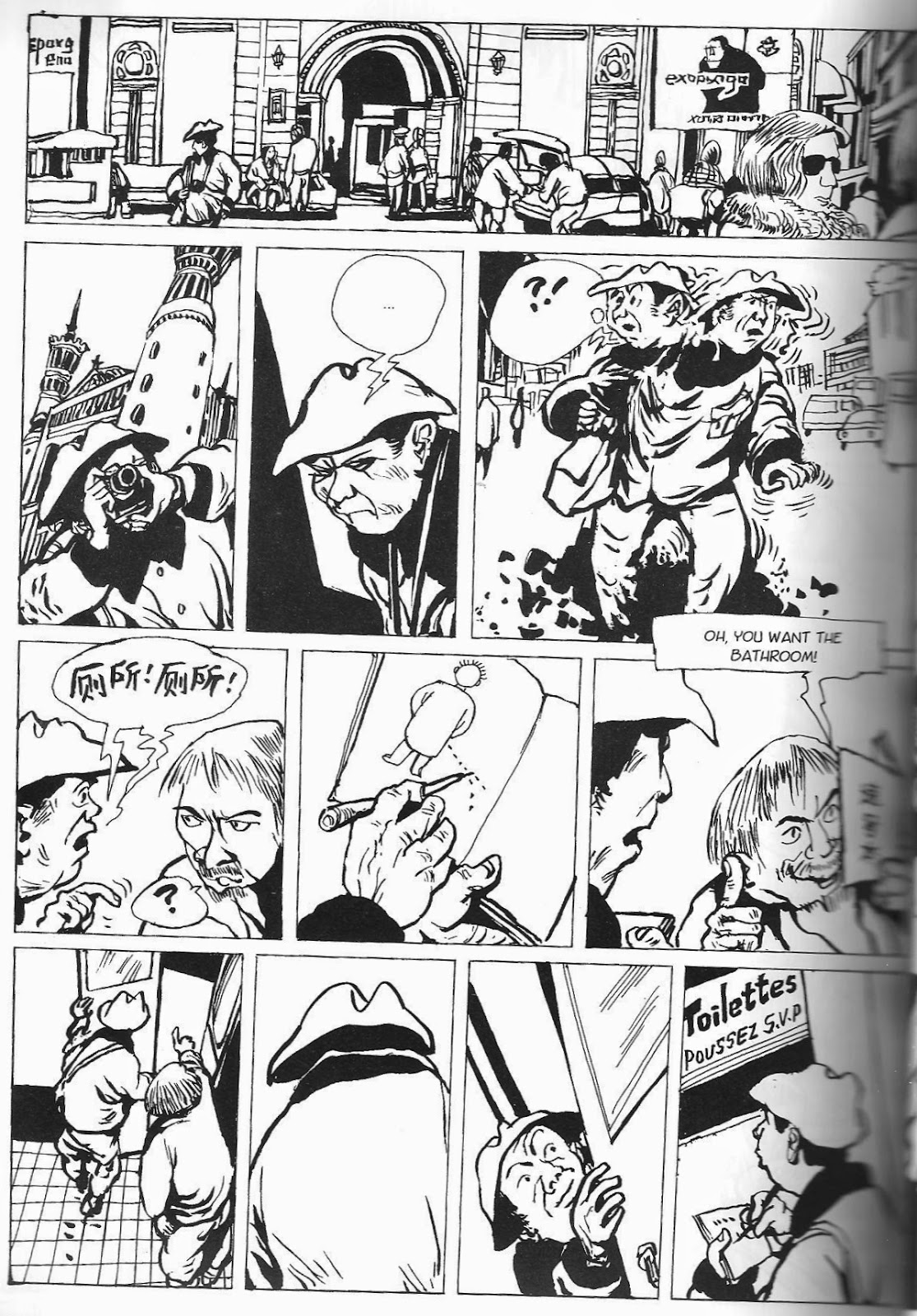 As a result, he's gone on tour, and even has a list of his favorite recommended bathrooms, not unlike Kramer who would spout off the best and worst bathrooms in the city.  Going along the Seinfeld reference, Schaumann's attempts is not unlike the Seinfeld episode where George spouted off on the unmarketed potential value of a historical museum of toilet paper.  The basic function of peeing and pooping is a universal equivalent, yet there's hardly any documented records relating to a rather embarrassing ritual.  (Probably because anybody who bothered to write down about said facilities probably used the record to wipe their mess off.) 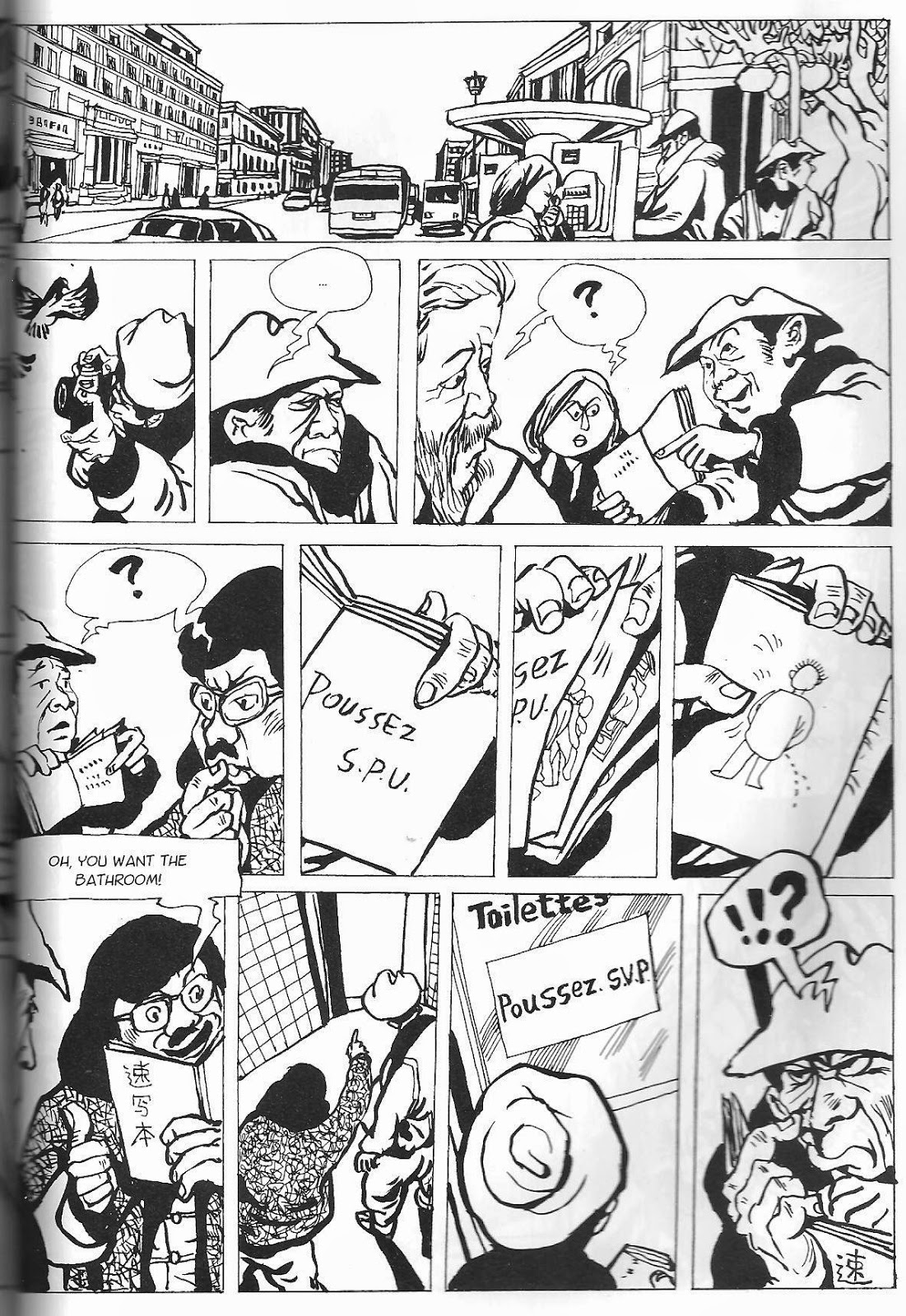 While past civilizations literally wiped out records on their sanitary use, the facilities have remained (sitting?) standing throughout their ruins.  All Schaumann's doing is giving tribute to the common form of porcelain figures.  Assuming that our digital archives aren't wiped out in an upcoming EMP storm, Schaumann has managed to capture the normally unseen underbelly of society for posterity.  Truly, we are living in enlightened times. 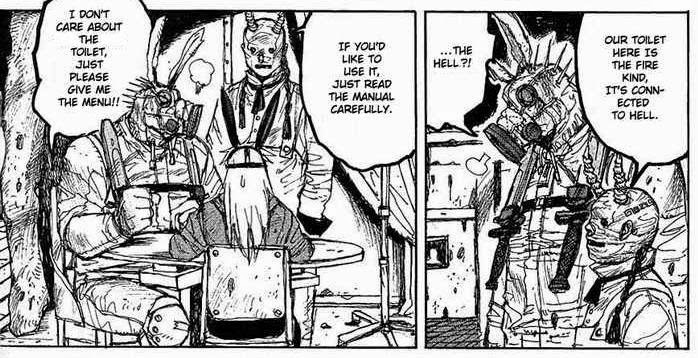 Normally, you wouldn't think seeing the dark underbelly of society that everybody uses as a subject of interest.  But if all toilets were similar along the like of outhouses and porta-pottys, there wouldn't be demand for seeing them in the first place.  That amount of variety and design of the universal bowl has branched out into unusual fields.  And unlike cars which have to be rotated out for the latest model, toilets have a long shelf life.  This is the natural result of following the basic guidelines to life as breathing and eating.  (Which is why we need to use the bathroom in the first place)  Despite this obvious fact of life, people still feel the need to cover up any potentially embarrassing allusions to the subject, resulting in a cultural clash of values that's a literal Game of Thrones. 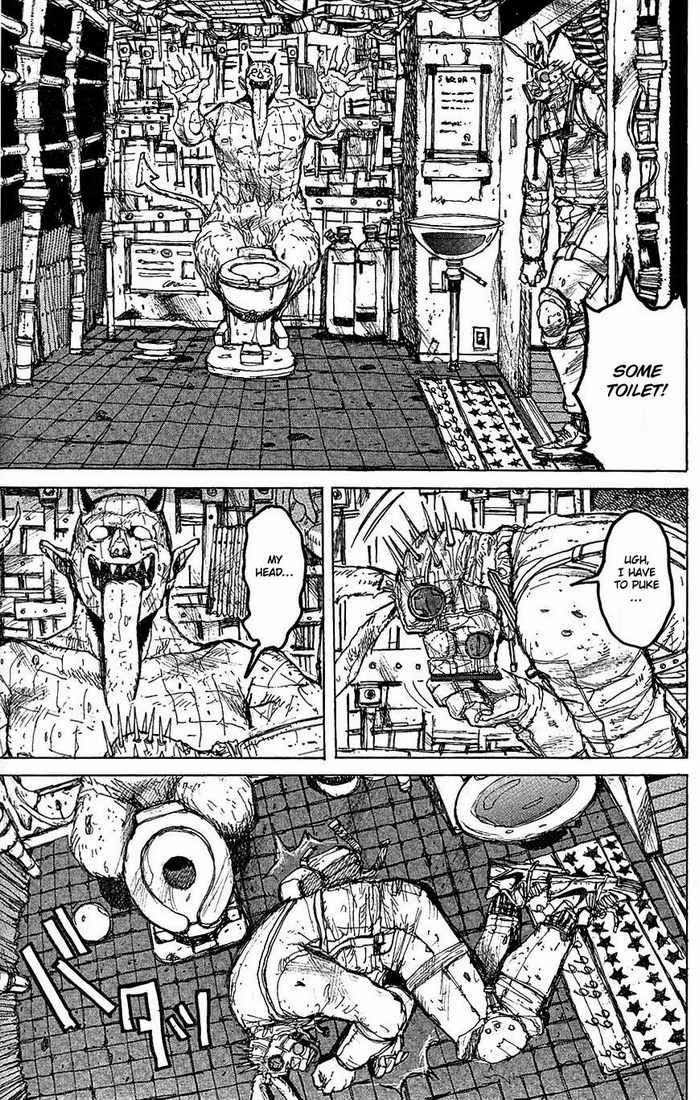 Conflicts can result over childish representations that revolves around the issue, like Captain Underpants, one of the most popular and banned children's books.  Not having the interest or stomach to read the contents, I can't vouch for their quality, but obviously, we're becoming more socially open about such topics. 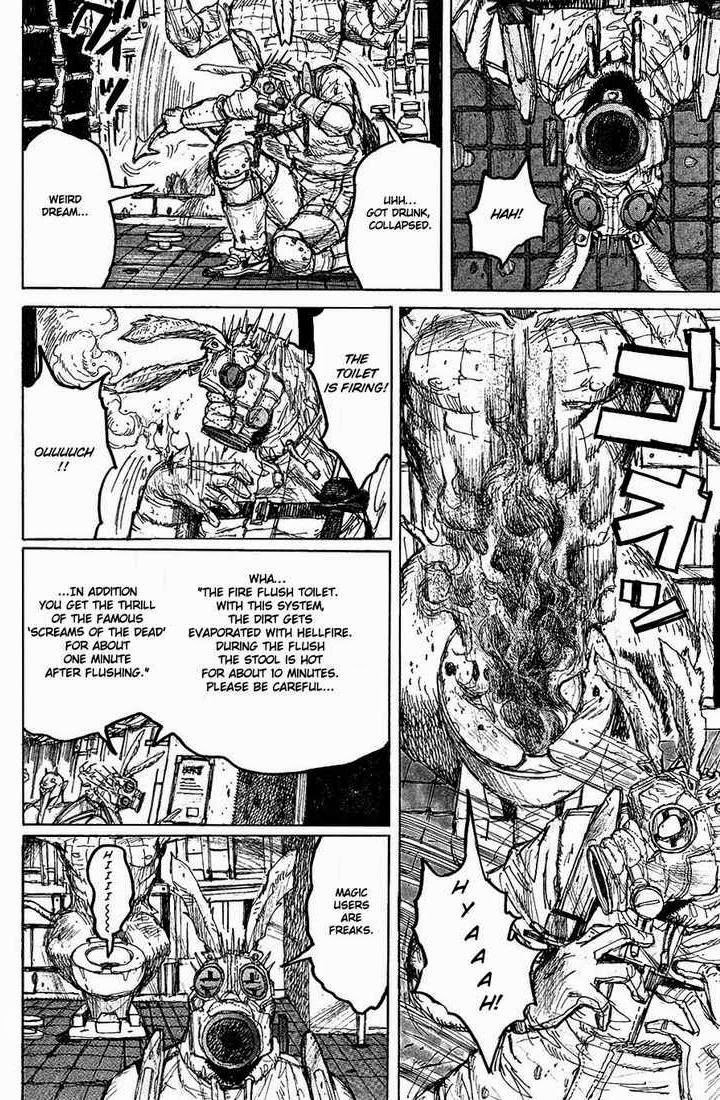 Sometimes, the issue of banning the truth can go too far.  Mike Peters of Mother Goose & Grimm fame had an amusing anecdote about his strip being cancelled in a paper when one of its readers sent a letter complaining about how much of a bad influence Grimmy was.  It wasn't until the reader elaborated that she was worried that all the scenes of Grimmy drinking from the toilet would motivate her dog to do the same, that the paper restored the previously banned comic.

There was a time where sponsors were squeamish about the prospect of showing even hints of activity done on television sitcoms, and we'd be lucky to get hints of any activity that wasn't done offscreen.  Apart from guttural grunting, you'd be lucky to see even a part of a toilet, and only the top half, rather than the lower half.  Nowadays, having casual conversations and dramatic scenes in lavatories is pretty much par for the course, and no one bats an eye. 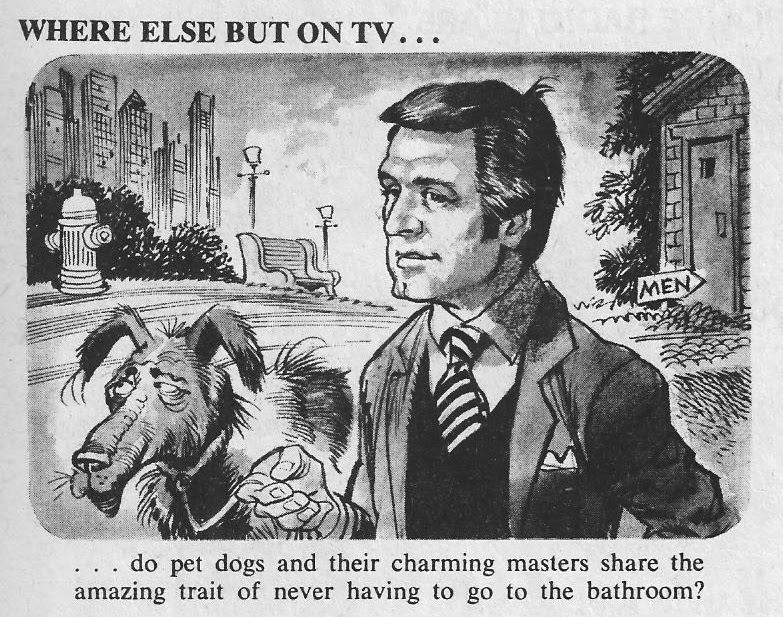 As someone who sees the bathroom as a place to relax, the toilet is a suitable location for reading any material I have handy.  Sometimes I spend so much time in the bathroom that it's been nicknamed "The Library".  The problem with this is that I've become so accustomed to reading on the toilet that if I find myself in a bathroom without any ready material, I become constipated. 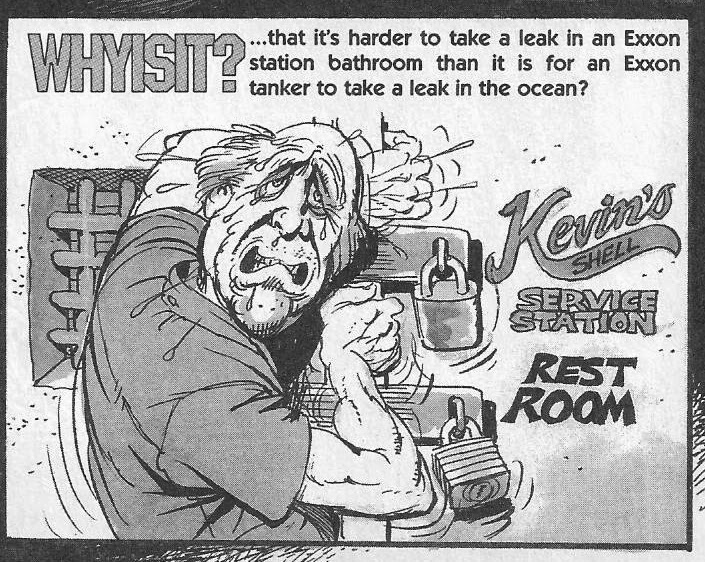 The worst case scenario is when you have to pay your way to use any of the bathrooms in the first place.  European public restrooms have such scenarios that allow for unfair practices, since you're unlikely to hold it in until you do it for free. 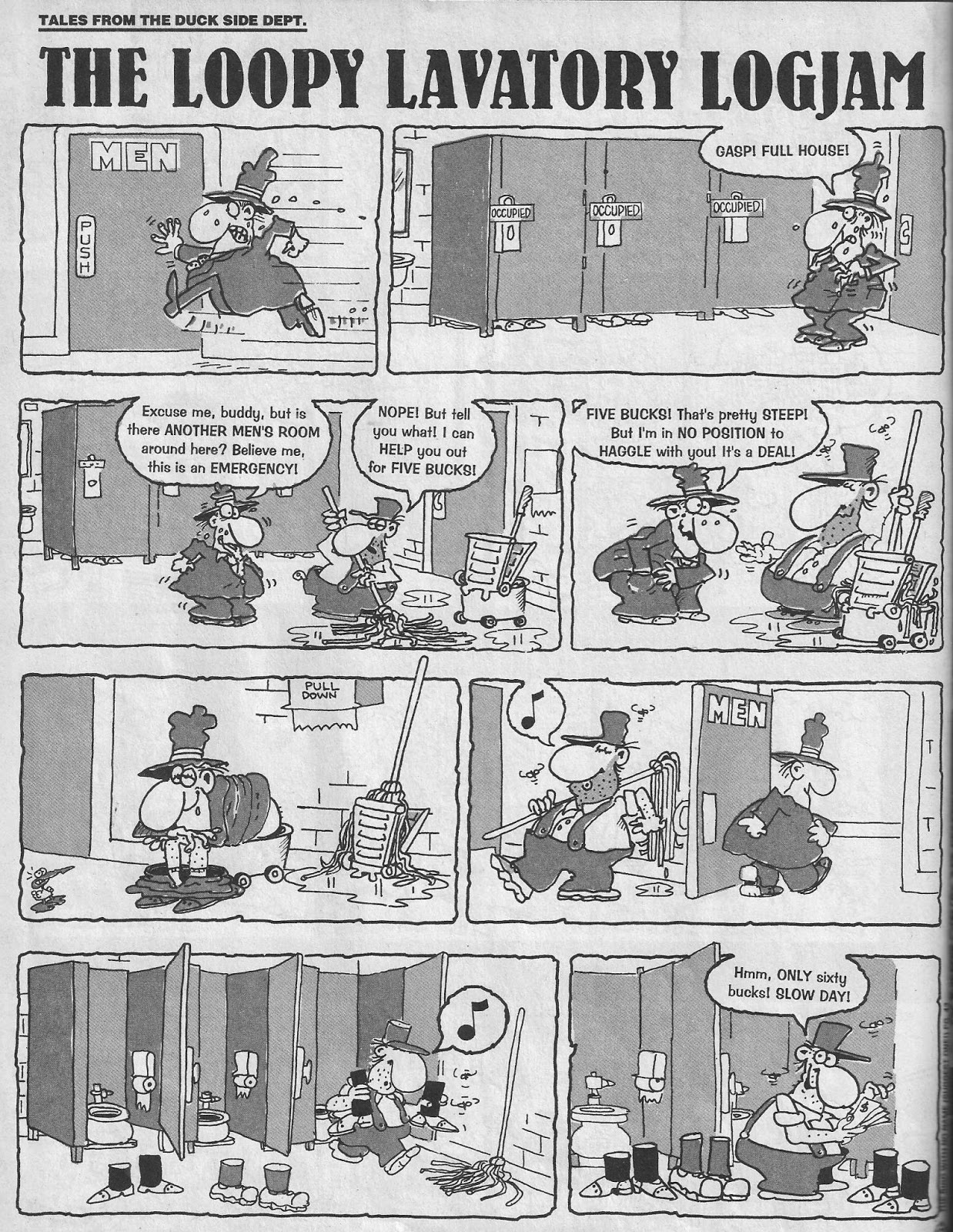 The first time I saw a bidet, I thought it was an unusually large urinal.  Fortunately, I dodged that bullet by plopping down on the toilet seat nearby.  But others aren't so fortunate.  Since there's usually only one bathroom stall in public toilets, and plenty of urinal stations, chances are high the barely-private stall will be occupied.  Some unruly patrons have taken the creative option of "doing their #2 business" in the more sparse urinals available.  That can't have been much fun for the janitor, or future customers.

One of the biggest concerns over using low Turkish toilets is the fear that you'll spread your mess all over your pants.  As it turns out in another comic I read (but can't find right now), the proper way is not to drop your pants and underwear all the way to your ankles, but to crop them up near your rear, leaving your bum clear. 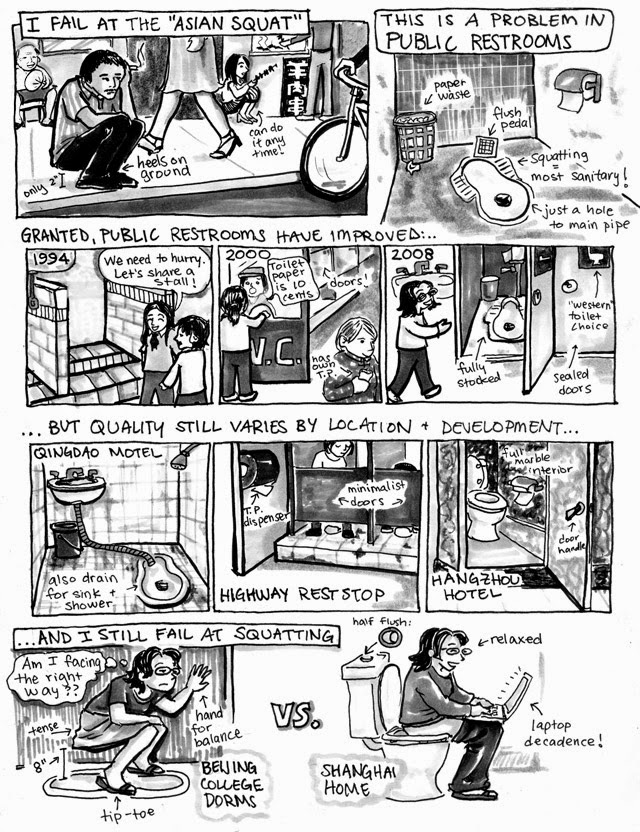 Recent research has pointed out that the usual sitting position puts the rectum at an unfair angle, making it far more difficult to let your excrement out.  Even so, it may be too late for me to adapt to the new acceptable style of squatting.  For me, it would be a sense of balance.  If I close my eyes while standing on one leg, I lose all sense of balance, and I'm someone accustomed to walking on unsteady sheets of ice.  (Forget Turing Tests - for me, the true nature for dominant computer AI is when one is able to keep their balance of bipedal forms on unsteady surfaces.  Though they'd probably question the need for an inferior model when there are better alternatives out there)  With nothing to hold onto, there's the danger of cutting off circulation in my legs, which just raises the possibility of falling in, which would create a mess further than merely crapping my pants.  Going into an uncomfortable crouching position without any support is asking too much of me. 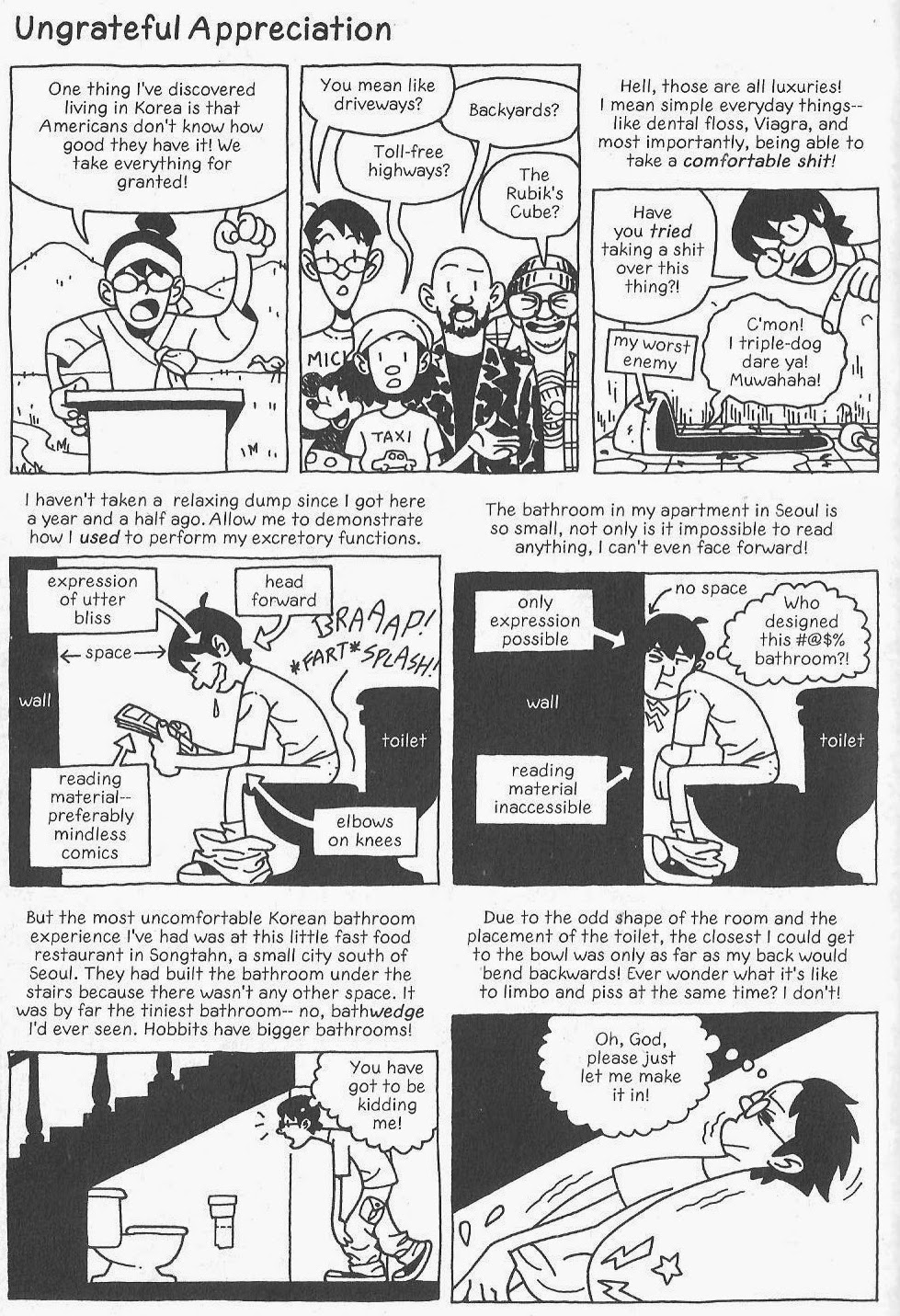 Another problem I have is that I'm simply unable to do the manly ritual of peeing while standing up.  This wasn't always the case.  When I was a kid, I used to do this all the time.  One day while peeing, I felt the usual tingling at my rear, and decided to let one rip.  For some reason, I didn't feel the familiar "pop" sensation, so I decided to try again to see if I'd do it right this time.  No luck.

Once I was finished, I turned around and discovered to my horror that what I thought were farts was actually my poop on the floor.  Since then, I've been unable to do any personal bathroom activity without sitting down. 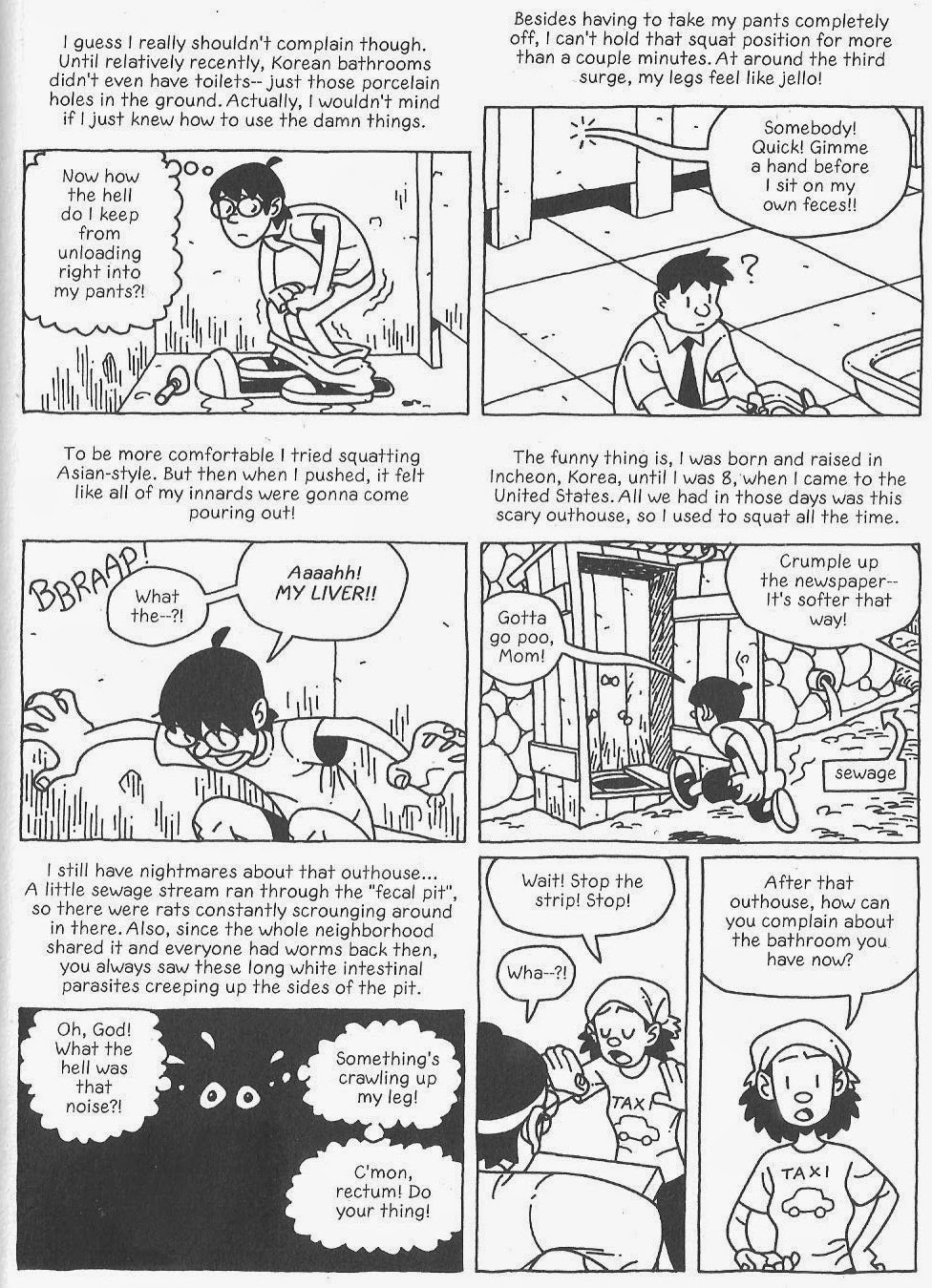 But these are just differences over form.  The biggest issue most relationships revolve around on is over which direction the toilet paper roll should go.  Rumour has it that this was one of the most popular topics sent to Dear Abby.  There were loving couples who practically divorced over this issue.  In comparison, Religious incompatibility would be considered an easier conflict of interest.

For some reason, asking for instructions or permission to use the bathroom is considered one of the most embarrassing things in society, which may be why so many comedians find the subject hilarious. 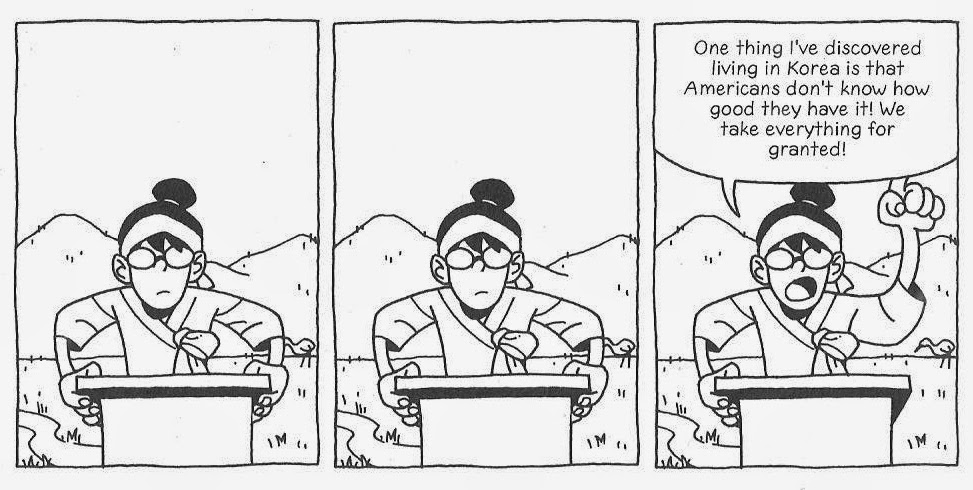 So far, some of the most innovative displays of toilets have come from Japan, which has some... rather unfortunate designs created to suit to their specific tastes.  One for the men... 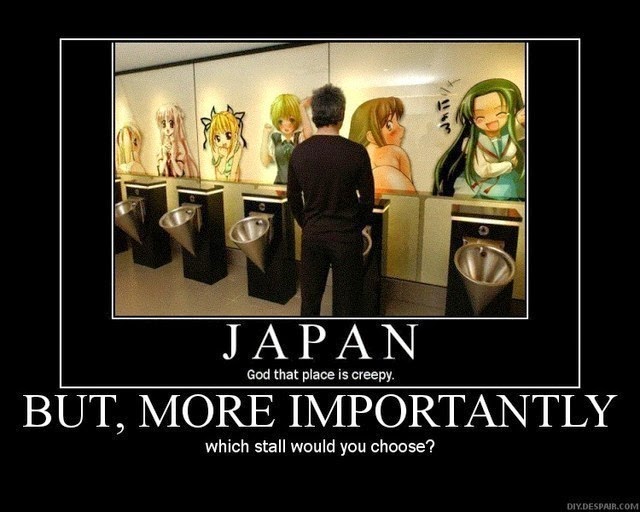 And one for the ladies.  (Though that probably appeals more to the men too) 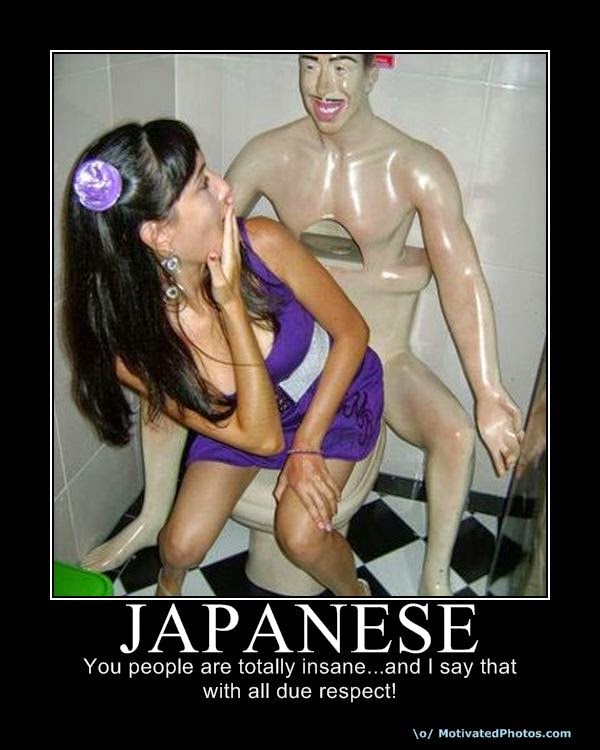 However, the clincher may be this two-page story by Lenore creator Roman Dirge.  Nothing I could say could possibly live up to the reveal, so I won't bother.  Read for yourselves. 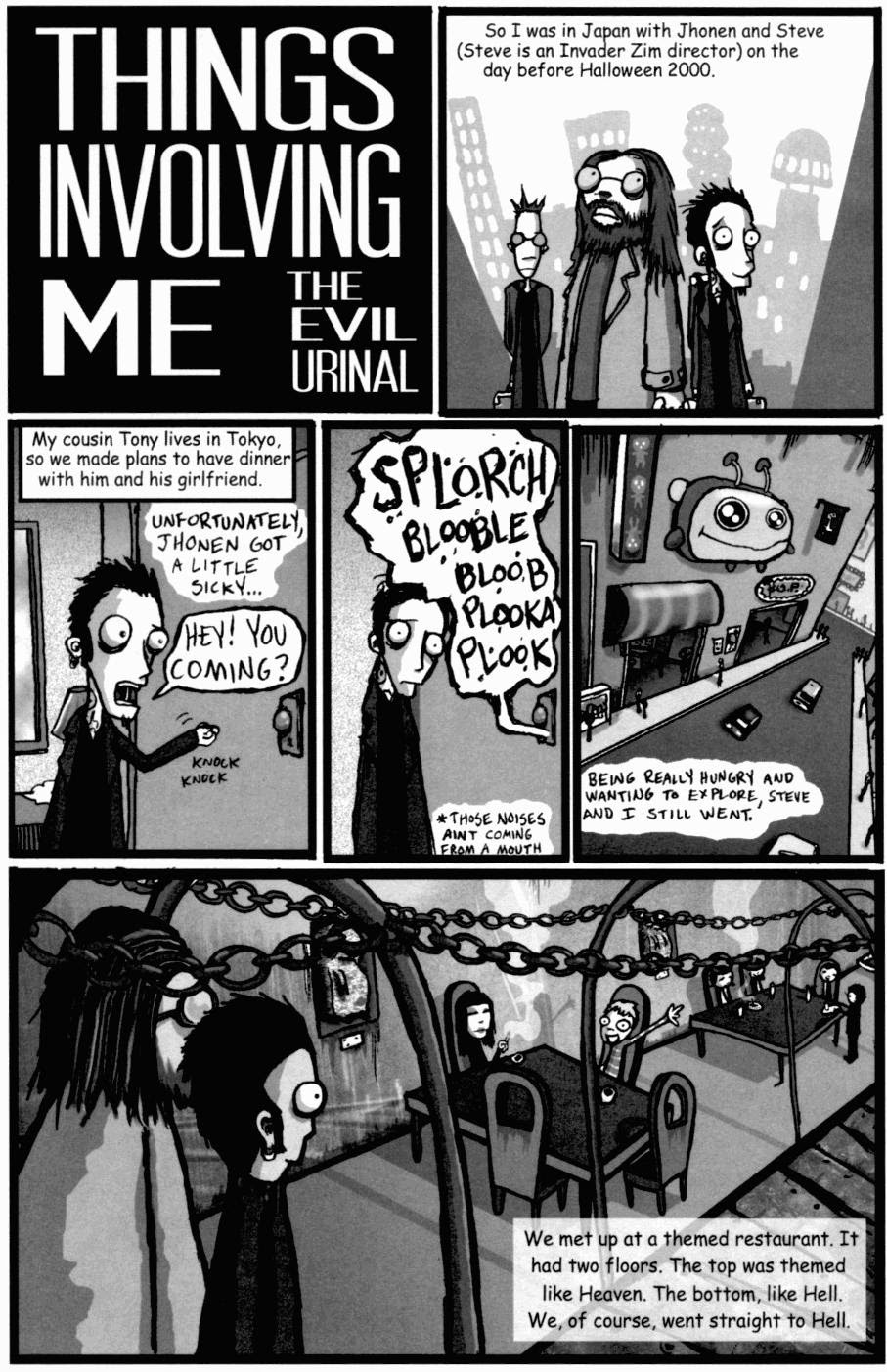 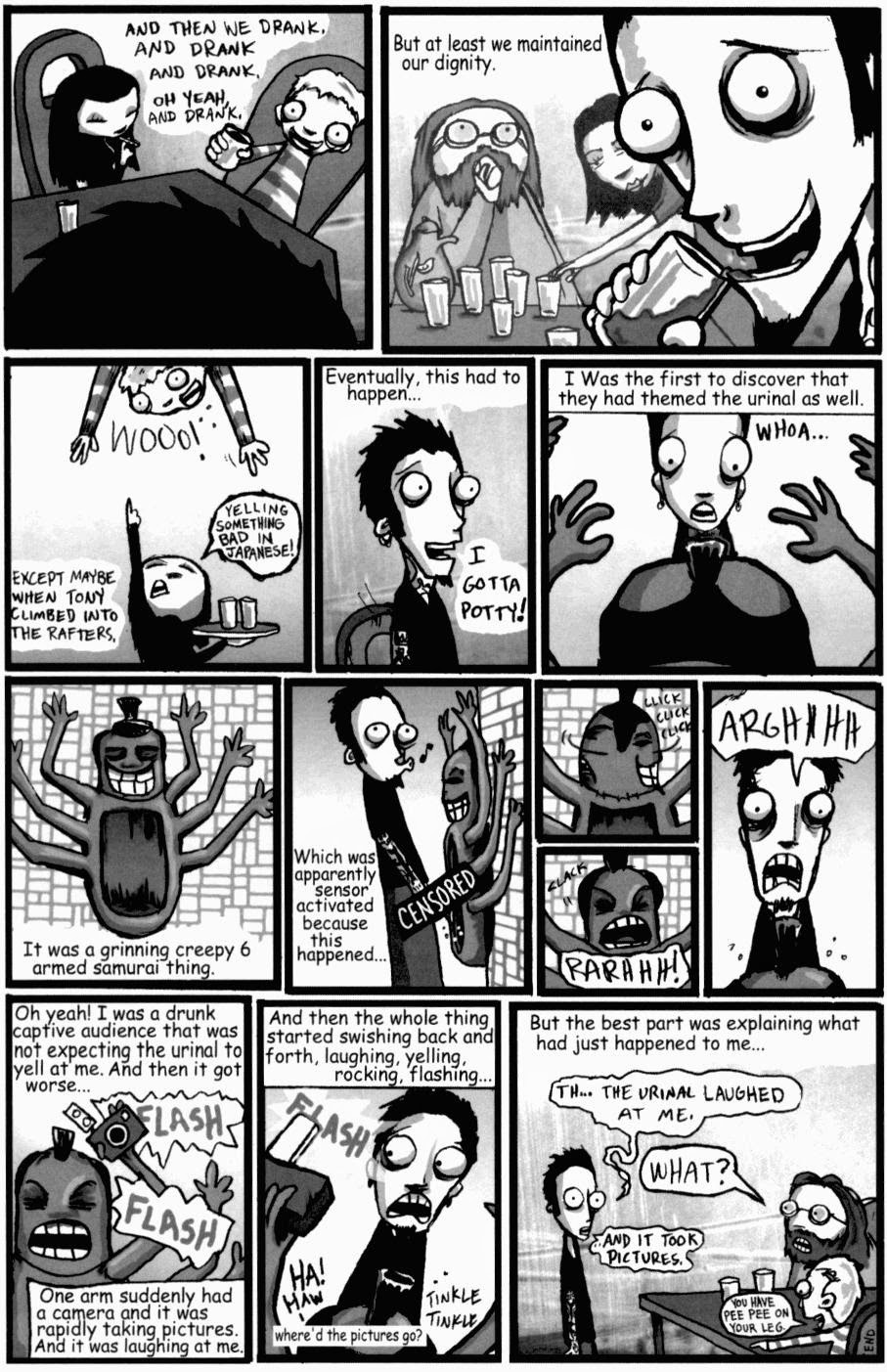 There was a Fantasia cult movie where the Devil answered the question of what possible use souls were in Hell, with this singular pithy reply: "Toilet Paper".
Posted by DeBT at 8:26 AM