By now, you've no doubt heard about the horrific shooting at the headquarters of the satirical comic magazine, Charlie Hebdo that brought echoes of the infamous Montreal Massacre.  That singular incident against women, spurred by a lone fanatic who felt victimized by females usurping his position in engineering (a section that remains male-heavy to this day) brought about a resolution for tougher gun laws
even with the unpopular abolition of the long-gun registry which Quebec alone decided to ignore (not unlike the personally appointed Judges who freely flout against Harper's tough-on-crime laws), and had a more beneficial improvement for quality of life.  By that same token, this attack done by fanatics who felt long persecuted and insulted against has brought about a Hydra-like growth of outpouring contributions from cartoonists all over who've identified with the victims, even if the cartoons from the magazine in question were of dubious quality and taste.  An explanation behind the text and history of some Charlie Hebdo covers can be found near the end of this post: 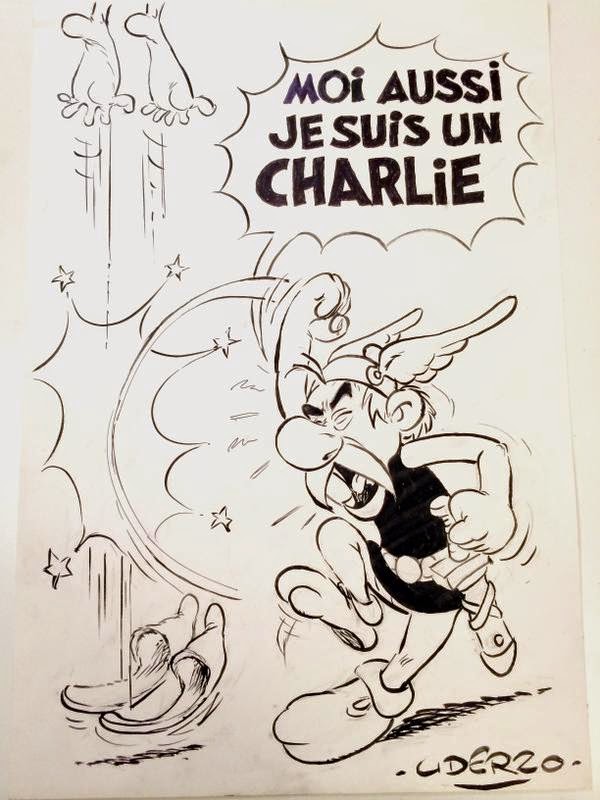 Among one of the numerous contributors was the retired artist for Asterix the Gaul.  While Uderzo's pen hasn't lost his touch, it's safe to say that his writing hasn't improved one iota, since he missed out on an excellent opportunity for Obelix to say the immortal words; 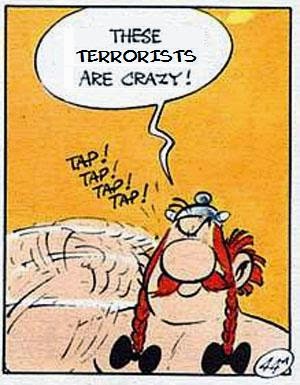 Especially since men like the Hezbollah chief are decrying against their actions.  When even Religious Extremists who think nothing about bombing Jewish citizens are speaking out against the actions of overzealous people, that's a sign they've gone too far.

The terrorist's actions from resorting to knee-jerk reaction to cartoons that are blasphemous at their least and unfunny at their worst, stems from their inability to find alternative ways of striking back that don't rely on outright violence and explosions.  If they really wanted to undermine the purpose of the controversial comic magazines, they could counter by producing comic parodies of their own.  Of course, the problem with that method is that very often, the results are less than inspiring.  Part of the reason Conservative Political comics have so much trouble gaining a respectable foothold compared to Liberal Comics is that very often, they're filled with one-sided tone-deaf arguments and political strawmen.  Any humour is made at the expense of others, and is very rarely self-reflective.  They spend more time on the message rather than the story, worried that any subtle layering would interfere with the point they're trying to make.  It's as if they don't trust their audience's intelligence. 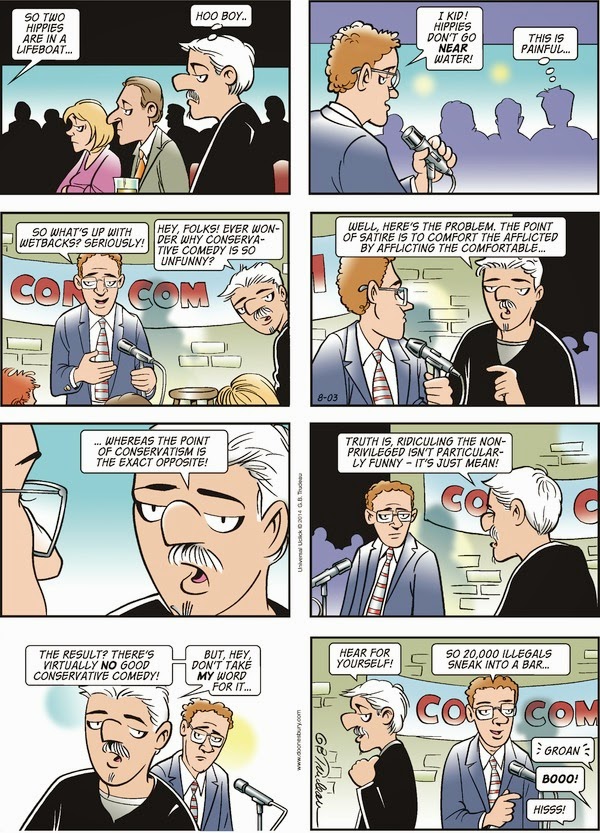 The act of making a joke is not a difficult thing.  Making a good and funny joke however, is a much more difficult task.  That deceptive division marks the difference between someone using off-colour humour to shock the masses or to make a point.  Now that I've written it down, I begin to see the problem with my suggestion to fire back at nasty humour with humour.  If your basic worldview is narrow and limited, you're not going to be motivated to move into unfamiliar territory.  Sometimes all people want is a clear black-and-white view of the world where The Good Guys and The Bad Guys are obvious at first sight.

One Conservative Comic Book, Liberality for All wanted to take a serious look at what the world would look like if Al Gore won the election, and the results were akin to a Liberal dictatorship with Hillary Clinton as President, Micheal Moore as Veep, and Osama Bin Laden being a UN ambassador.  Because this scenario seemed nightmarishly plausible enough, there was a revolutionary plot involving two buffed-up Conservative talk show hosts (one with a robotic arm) running an organization to take America back at all means necessary.  It would be considered astoundingly over-the-top if it weren't so serious with its subject material.  We'll never know what their plan was, because the series was cancelled two issues in.

To be honest, when I heard about the business with Charlie Hebdo, it reminded me of a French comic magazine I saw on the racks a decade ago that devoted an entire issue to a satirical look at the 9-11 conspiracy, with caricatures of members of government.  (Especially considering Al-Qaeda was sponsored by Reagan as a potential ally against Communist Russia)  I couldn't really understand most of it, since it was in French, but the basic gist I got was that the war was mainly motivated by oil and money.  This wasn't much of an intellectual stretch, since that was pretty much what the motivation seemed to be when America went after Iraq shortly after invading Afghanistan. 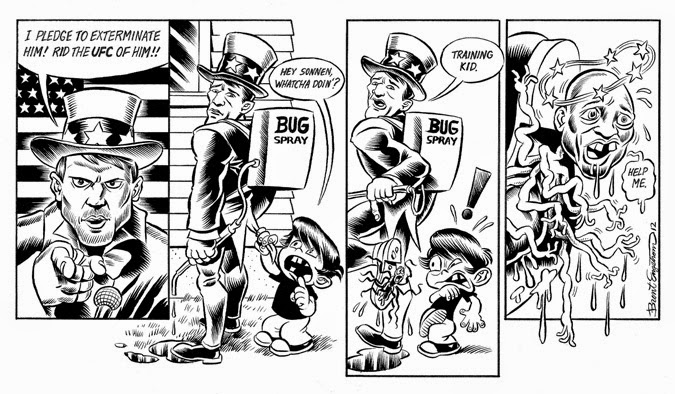 I've been unable to find any information about that magazine since I saw it on the stands, but remember that the artwork was a mixture of cartoony and serious.  This sample above is perhaps the closest it comes to its art style.  There might've been an interlude from Tony Blair pointing out that if the attack worked well enough once, it should work well again.  The pentultimate page had a plane about to crash into the British House of Commons.

On the last page, which was in English, we had three tier panels of three people, starting with a woman from the Monarchy saying, "God Save the Queen", George Bush with an raised fist saying "God Bless America", and a smiling Bin Laden surrounded by piles of money, with a stack of dollar bills in his hand saying "In God we Trust."  If anybody has any idea about this, or if it sounds familiar, let me know. 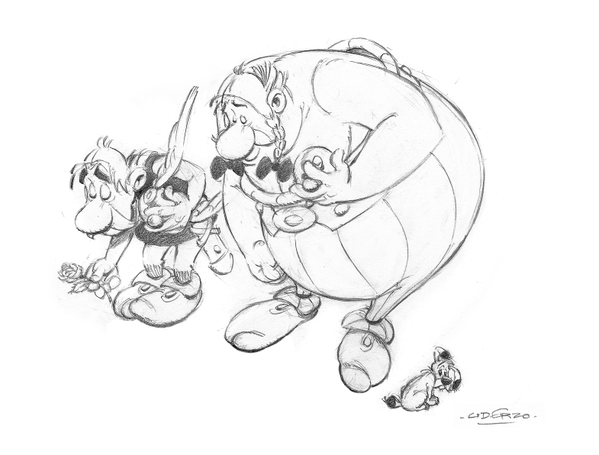