Last time, I had some side-by-side comparisons of two thematically similar characters interacting with each other.  Since then, I've noticed some more eerie similarities with others I've seen and read.

In the early 90s, we were treated to a new Golden Age of animation from Disney, as well as a new supporting character in platforming Video Games who would eventually get his own title and different gameplay mechanics.  In both cases, the both of them were gluttons for punishment.  I'm talking of course, of Wario from Super Mario Land 2 and Chef Louie from The Little Mermaid (who also had a chase episode against Sebastein in Raw Toonage).

On one side of the Pacific, we have a weight-obsessed fashion-conscious shoe-shopping woman with minimalist art, Cathy.  On the other, we've got a Goth-obsessed young girl who's traumatized at the prospect of having to live a normal life, and is usually portrayed in a minimalist Chibi mode, Sunako from The Wallflower / Perfect Girl Evolution. 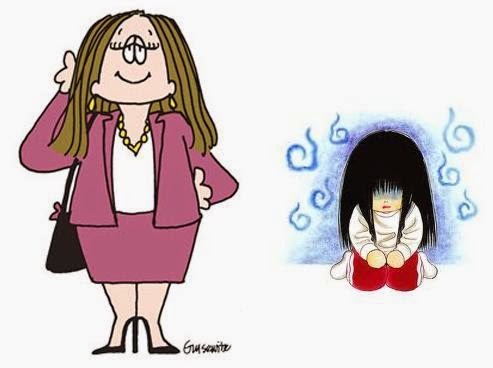 Going along the field of dramatic pompous old men, we've got the major antagonist for over half of Akagi, Iwao Washizu and the former prosecutor in Phoenix Wright, Manfred von Karma.  I would've liked to show the former with his full poofy outfit, but couldn't find one without too much distracting background action. 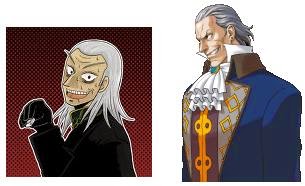 While we're talking about Video games, there's Baran, the Dragon General from the Dragon Quest Manga, largely influenced by DragonBall the "Best Shonen Manga in the Universe".  On the S-hero front, there's Omni-Man, from Invincible the "'Best Superhero comic in the Universe". Both men started off as heroes, then were guided towards the path of evil, and then after a confrontation with their sons, gradually gravitated over to the side of good.  It probably has something to do with the mustache. 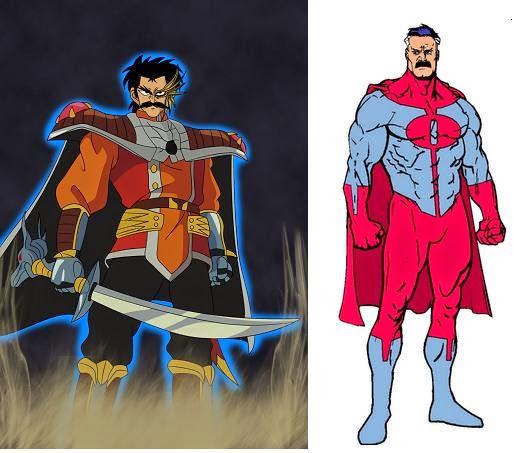 Next, here's two war generals whose noble battle philosophy is based on hatred.  Den from Battle Angel Alita and Megatron from Transformers.  As an aside, now that Kodansha is no longer publishing the latest Alita volumes with variations of 'Angel' in their titles, they passed up the chance to name their last volume "Earth Angel". 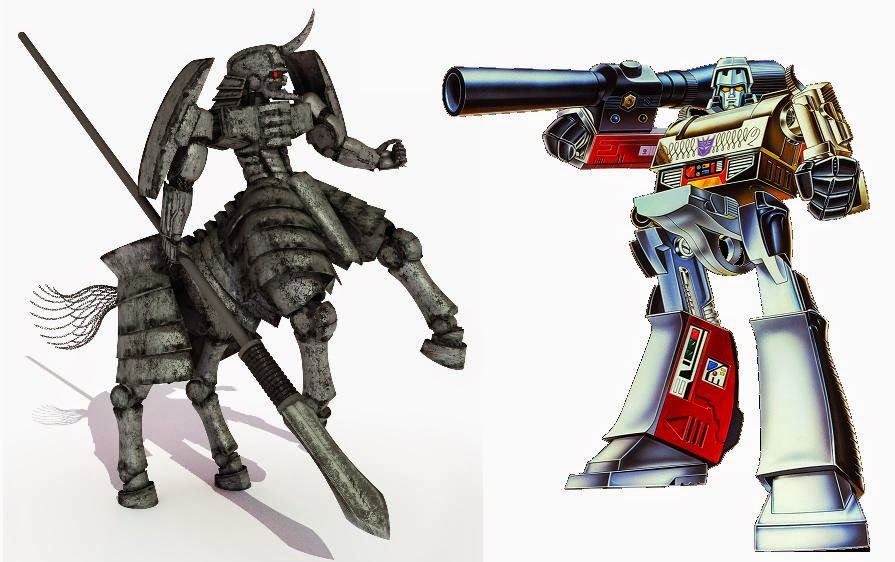 When it comes to portraying Mad Scientists, such as Autobot WheelJack, and Shinigami Captain Mayuri Kurotsuchi, the Japanese seem to have a tendency to have them portrayed with protruding spiral headgear for some reason. 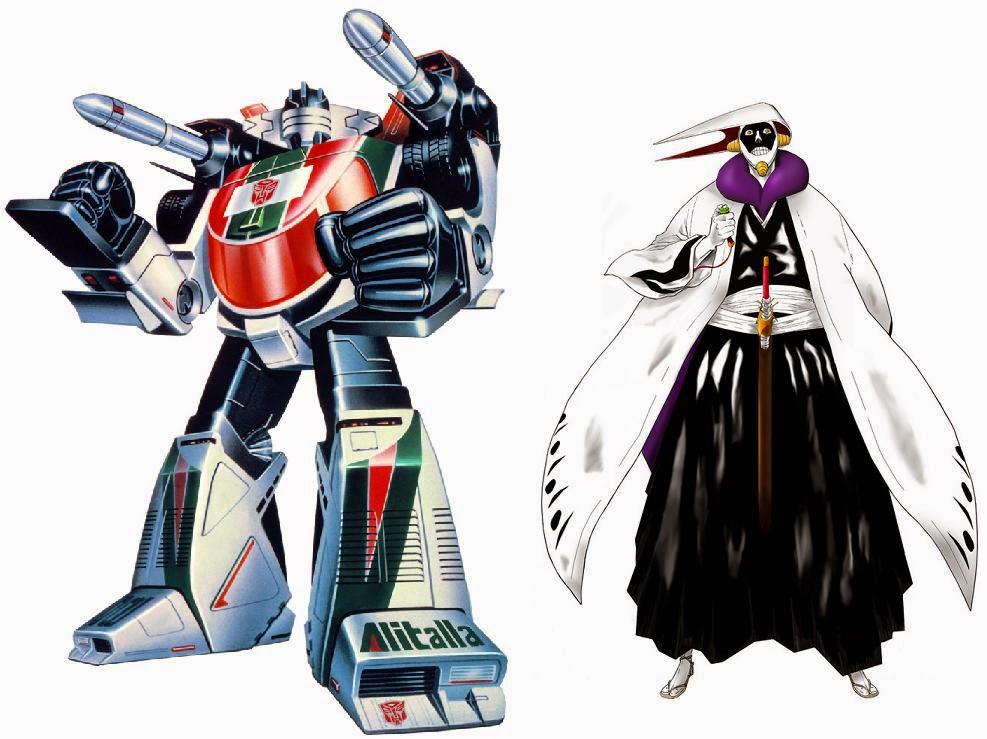 Next on the list are anti-heros who're pretentious blowhards, Namor the Submariner and Vegeta need no further introduction.  And despite their outright condemnation of everybody being beneath their notice, are quite popular with the ladies. 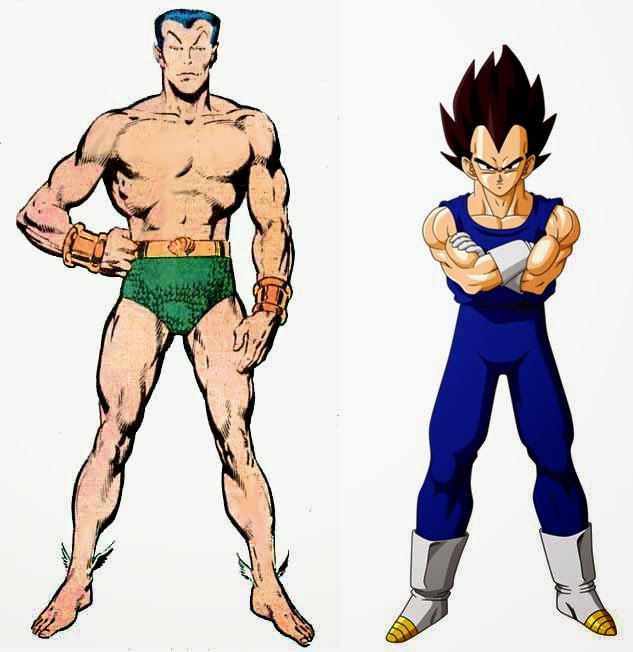 Going into slightly obscure territory, here's two comatose tongue-dangling mascots; Fletcher from Something Queer is Going on, and Bill the Cat from Bloom County. 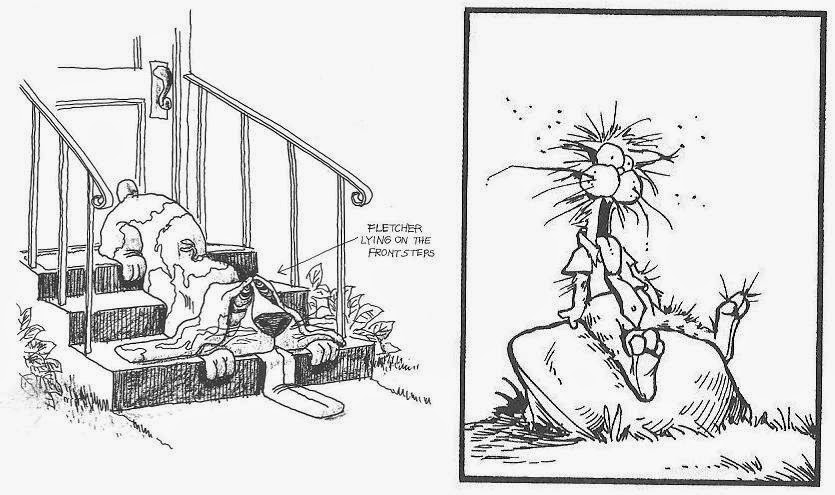 Lastly, there's the protagonist of Italian Noir Funny Animals comic that even haters of Furries (who've been unfairly bashed in the media) enjoy, Blacksad.  And a former antagonist turned ally from Fairy Tail, Panther Lily. 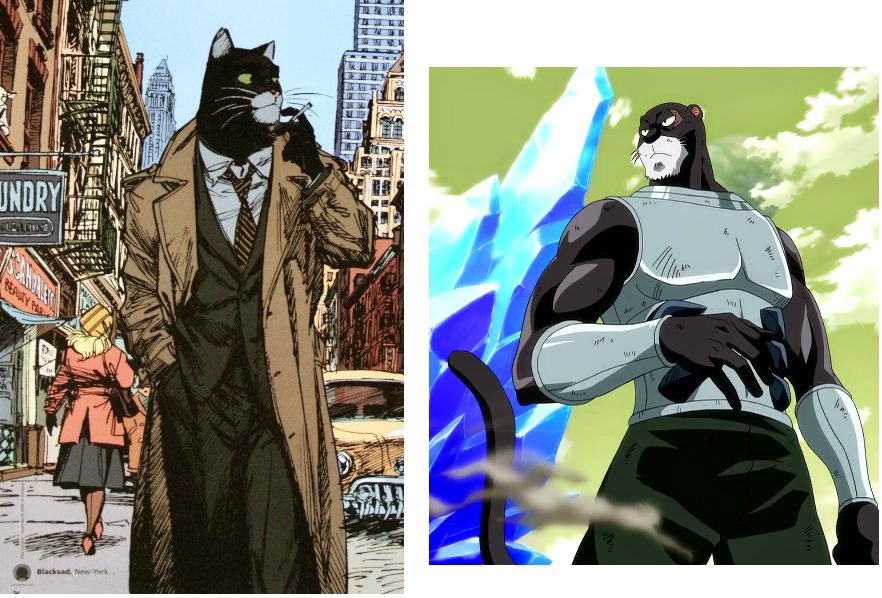