I was browsing a second-hand videogame store, looking for cheap entertainment material when I came across two boxes of instruction manuals.  However, they were so disorganized that I could hardly find anything there, and went to the trouble of organizing them into their prospective sections.  (I like organizing things)

Early online manuals just simply replicated the text, with none of the helpful illustrations.  The surprisingly difficult Low-G Man had maps of the boss levels, as well as how to ride several vehicles, which wasn't terribly intuitive, since unlike other side scrollers, you defeated enemies by shooting (freezing) them, and then stabbing them with a spear that only worked vertically from above or below.  Since I borrowed pretty much every game I was interested in (but didn't want to buy) out of a Video Store (back when such things existed), they oftentimes didn't come with the manuals, leaving it up to me to figure out how to play them with brief hints in Nintendo Power.  Today's online archive of V-game instruction manuals is more comprehensive, but they're not as tactile as the real thing.  What surprised me was that there was a 16-page comic in the Bubsy game that gave some background for the twin-headed Woolie boss you face at the end.

There was also a comic for Earthworm Jim, but that was only in an Electric Gaming Monthly mag, or one of its spinoffs.  (The Marvel comic doesn't count) 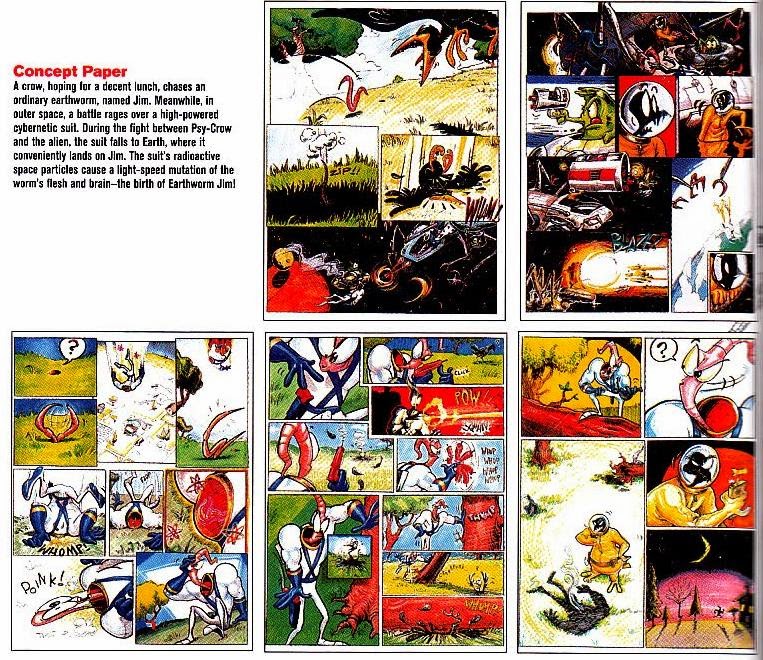 You probably can't see it, but on the second page where Psy-Crow pulls out his "Bigger Gun" on the alien, the green blob is raising his hands, trying to surrender.

Getting back to the disorganized instruction manuals, I divided them into Nintendo, Super Nintendo, Gameboy, Sega Genesis, X-Box and Playstation consoles piles.  What surprised me was how small the Sega, PS2 and X-Box section were.  But what surprised me was how large the old-school section was.  And I'm not talking about the Nintendo section - I'm talking about the Atari and Intellivision manuals.  Of the drab adventure, sports, learning, puzzle and side-scrolling game manuals, there was one that caught my eye.  Namely, the one based on a comic strip. 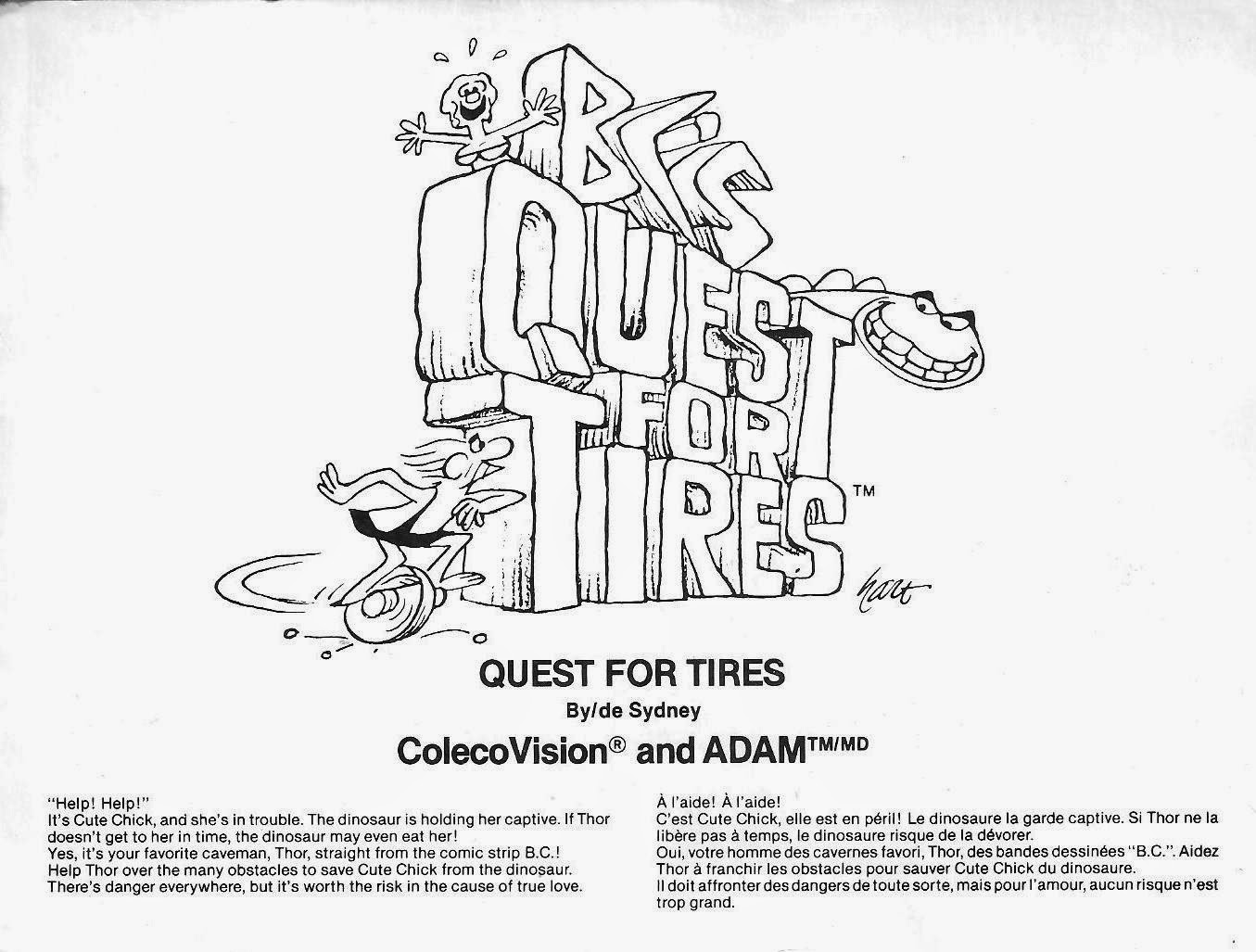 I was completely unaware that Johnny Hart outsourced his legendary strip to the early realms of experimental gaming.  There were a lot of generic games with cover art that was more fully detailed than the actual games themselves.  People nowadays have a fond nostalgia for pixelated art, but back before the Japanese made this an art form, practically nobody knew how to fully render sprites to resemble human beings, so all we were left with were splotchy blobs that barely moved around.

In addition, the game was played with a ColecoVision keypad joystick that was similar to Intellivision's which was ranked the 4th-worst controller in history.  Just look at this thing.  Long before the advent of the Wii made handling a remote with ease, the Intellivision's controller was a literal remote control.  With numbers and everything.  With a curly telephone wire connected to the console.

Despite its crude presentation, this game apparently won all kinds of awards back then, which goes to show just how much times have changed.  Chances are if you saw this game first-hand with no prior explanation of what was going on, you'd be completely perplexed by the seemingly nonsensical obstacles throughout the game.  It's only by looking at the helpful illustrations that you get some idea of what you're up against.  I've taken the liberty of rearranging the text to more closely resemble what they're talking about for ease of access. 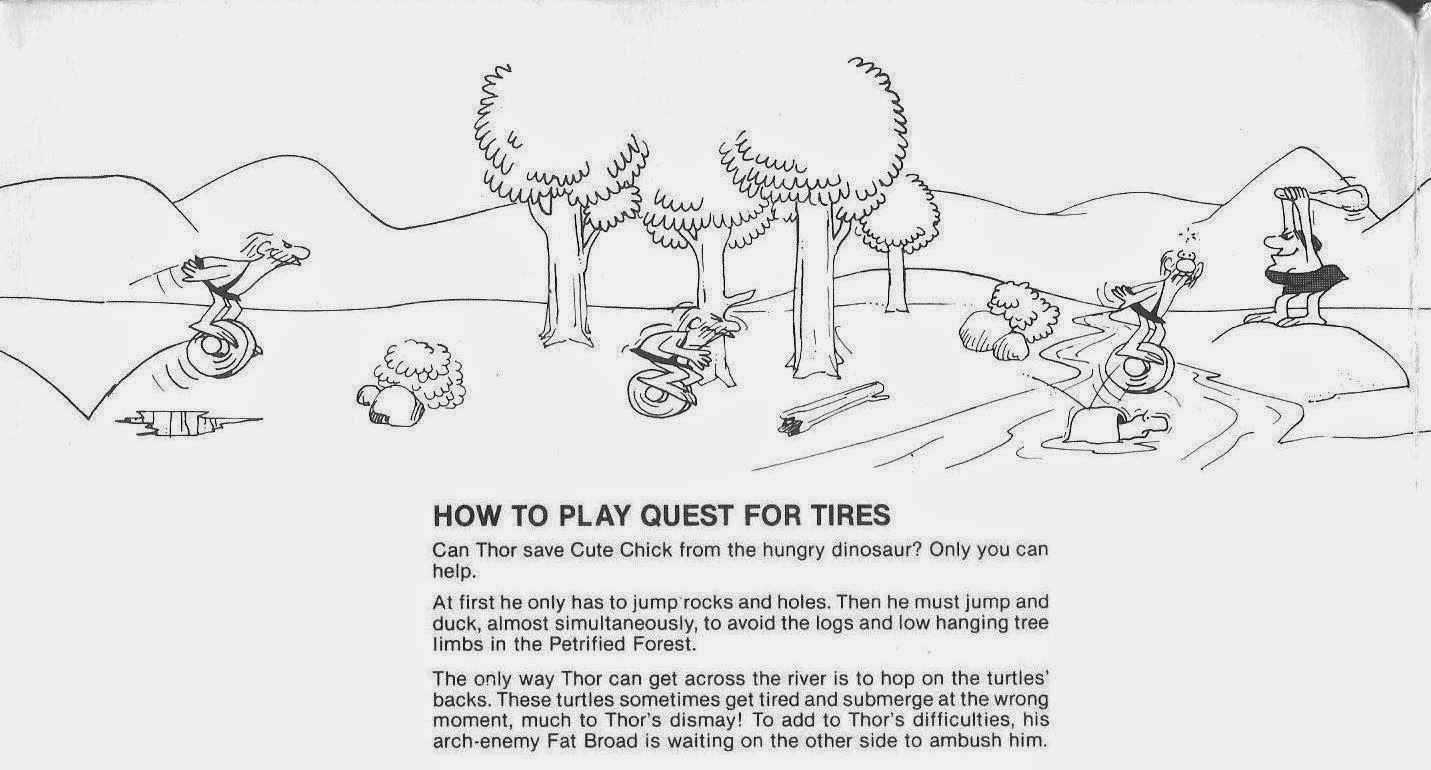 The title is somewhat misleading, since the main character is actually Thor, inventor of the wheel.

As you've no doubt noticed, the background flows from one edge to the next.  The only wrinkle is at the entrance to the Dinosaur cave, which was continued on the back flap of the instruction manual. 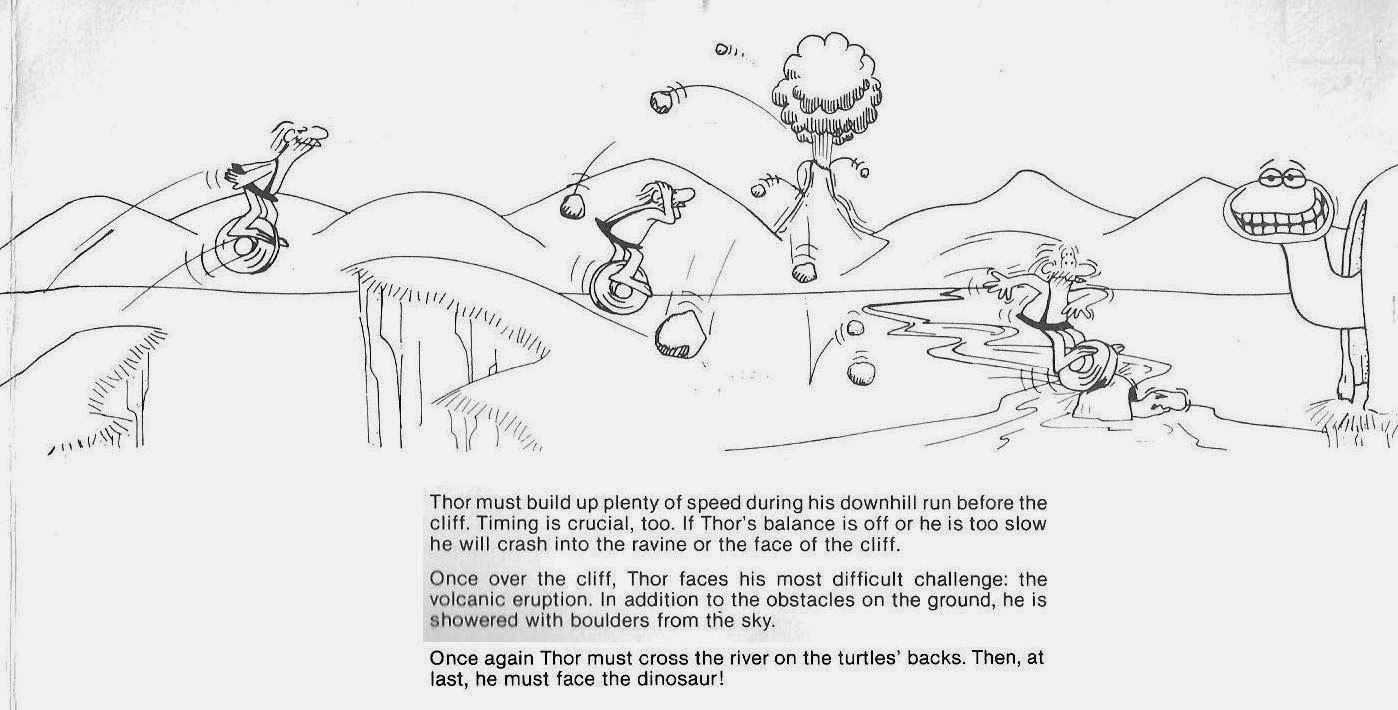 The Cute Chick apparently has quite a pair of lungs, considering that her cries can be heard all the way across the vast expanse of pathway that Thor apparently has to roll across. 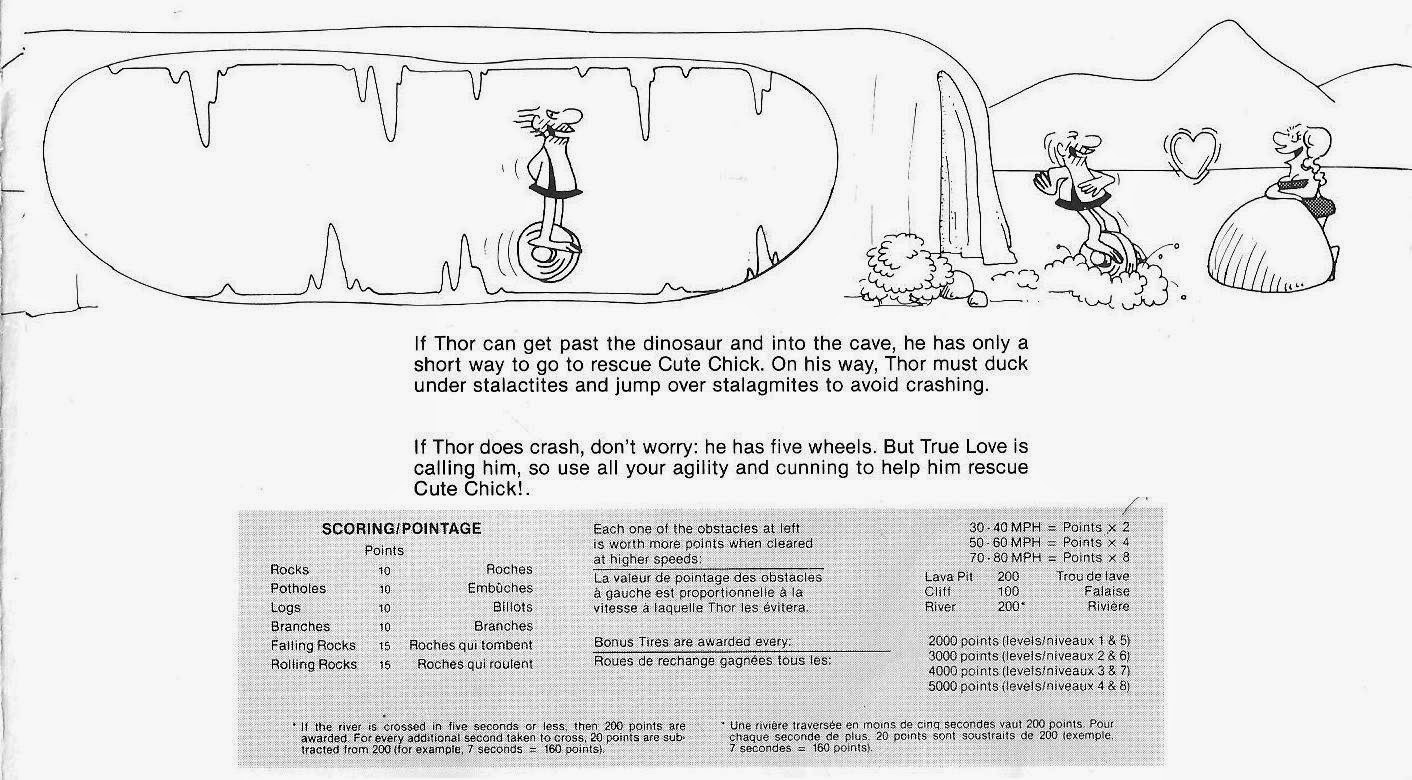 There's no transition of when you reach the exit.  There's no literal light at the end of the tunnel - one moment you're dodging stalactites, the next, you're in broad daylight, with the Cute Chick looking no worse for the wear.  Furthermore, you have the same expression as when you're being carried by the Dooky Bird and jumping over the cliff, which raises unfortunate implications.  This marks the end of the game right here and there - but don't worry - you can just start again from square one - only slightly faster each time.  Thing certainly have progressed considerably in the account of New Game+ that weren't just rehashes of the first game, having Goombas replaced with Buzzy Beetles, or a harder Zelda layout with next-to-impossible puzzles involving warp whistles and invisible walls.

There was a second BC game titled Grog's Revenge, but I wasn't able to find the manual for that one.  From what little I've seen, the character designs are more fully rendered, but you're basically still on a stone wheel, picking up (running over) blue clams to pay Peter's toll to pass the levels, as well as navigating totally dark caves with a flashlight.
Posted by DeBT at 2:06 PM