Last week, the world was shocked when renowned actor Robin Williams committed suicide.  There was further outpouring of grief when it was further revealed that the man had been battling depression.
In the end, he faced his inner demons and lost.

Anecdotes have come up ranging from giving shout-outs to neglected people in the movie industry to hiring homeless people to help with movies.  As much as everybody's been reminiscing his roles in his movies, including the few rare instances where he played against type in more serious roles, the fact remains that he wasn't always as highly regarded as people remember.  There was an article (which I can't find right now) which pointed out that Robin Williams had a tendency to do a repeat of his stand-up routine, long after he'd already proven his worth.  In Good Morning Vietnam, he played a fast-talking radio jockey with perchance for doing funny voices, in Ferngully, he voiced a rapping experimentative fruit bat with various voices, in Mrs. Doubtfire, he applied for a job interview by - surprise, surprise - rattling off various funny celebrity voices.  The article likened him to an annoying uncle who repeated his favorite party tricks, regardless of whether the family was tired of them or not. 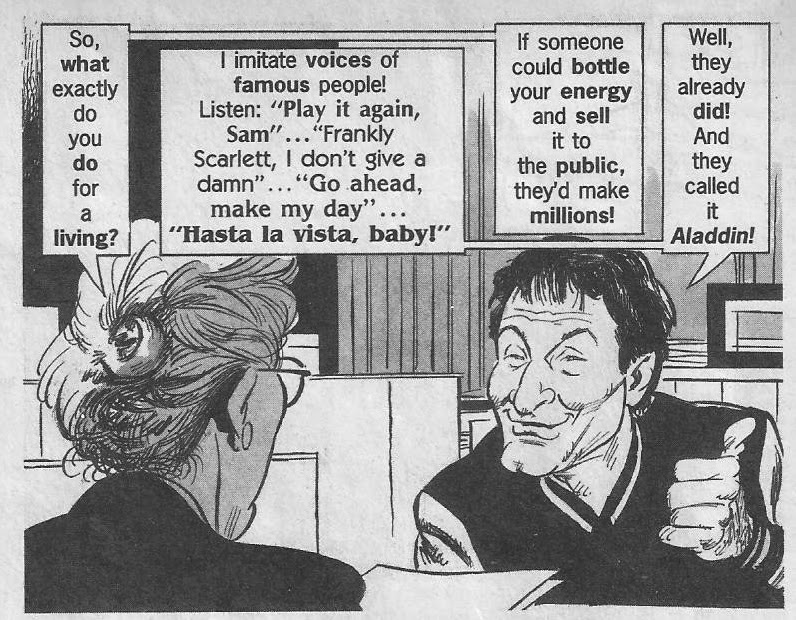 It also didn't help that he tended to play Man child roles, such as in Hook, Jumanji, Jack and Toys.

His self-esteem was such that he clearly didn't think that he played that big a part in Aladdin (despite being a scene-stealer in every part he played in) and asked that they downplay his presence in favor of the other voice actors, feeling that they deserved equal attention.  He was also against using his animated form for being a huckster shell for selling stuff, which was against his ethics.  So he was dismayed when he saw the promotional poster of the movie displaying Genie as the largest character there.  This led to a falling out with Disney, and the part of Genie was replaced by Dan Castellaneta for the sequel and TV series, and only came back after a formal apology for the 3rd sequel, Prince of Thieves, which Roger Ebert noted, had the same plot as another movie, Kazaam.

Much of Genie's appeal came from Robin William's improvisation, over 30 hours worth (which greatly inspired the animators) for a 90-minute movie, which unfortunately, led to a plague of rapid-talking funny mascots in later Disney movies, when they weren't really needed.  Later Celebrity voice actors simply couldn't duplicate the amount of comedic off-script material that made Aladdin a success.  In some cases, they might have been better off not trying.  (I'm looking at you Eddie Murphy)

So far, the most scathing recent criticism was for the 25th anniversary of Dead Poets Society which was heavily lambasted for not understanding the literature of poetry and effectively teaching independent thought free of the teacher's influence despite the fact that the message of the movie was to enthuse the students with inspiration by going off the usual beaten path and being an influence to make studying seem interesting. 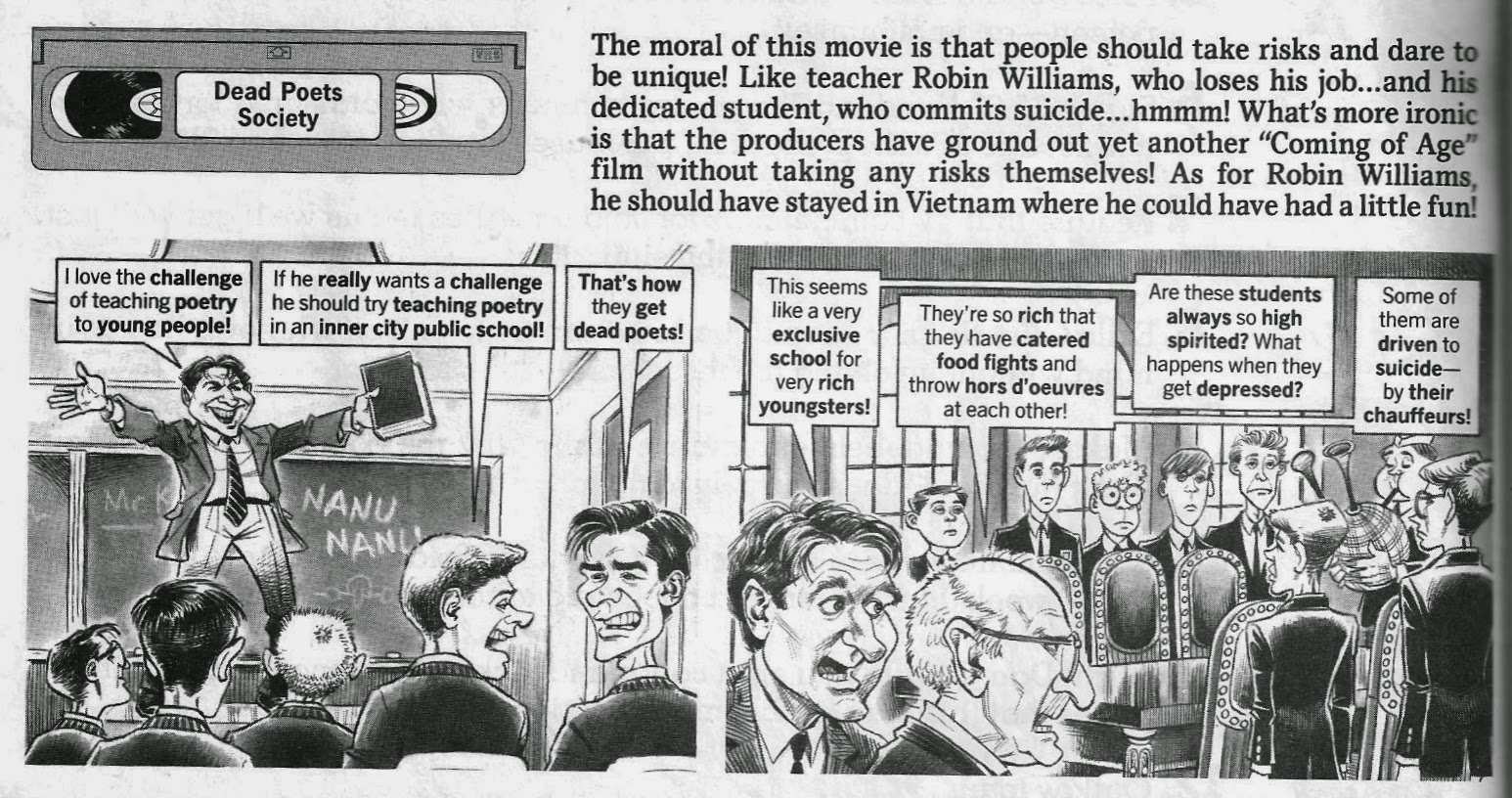 But all these are just symptoms after the cause.  Actors have been heavily criticized for their crutch shticks before and have coped by falling back on money and publicity.  The most likely trigger was the cancellation of his last TV show The Crazy Ones.  Despite starring an all-star cast and director David E. Kelly, it couldn't save the tired formula and cliched father/daughter relationship from appearing boring.  Even having an episode pre-empted in an Elementary time slot wasn't enough to garner interest in the show.  Just simply playing to his comedic strengths wasn't enough - it needed the same kind of heart that Robin Williams was fond of doing in passing, and it's hard to do that authentically.  With all the stories told of how funny he was behind the scenes, particularly between takes of serious movies (such as One Hour Photo, where the actors struggled to retain their composure), a better concept would've been of an over-the-hill actor doing comedic bits between takes before going back on set.  It would've fit his role perfectly.  One wonders if the kind of jokes he told were too risque for Friday Night television. 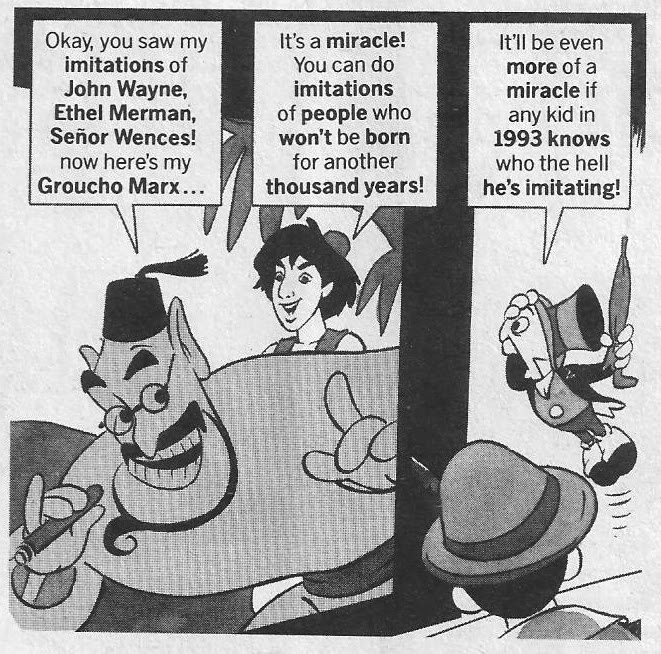