Similar, but not Quite the Same

I've written previously about various comics that were lazy enough to reuse comics over the years in the hopes that new audiences wouldn't notice.  In fact, the samples I've posted are actually a fraction of what I've shown so far. 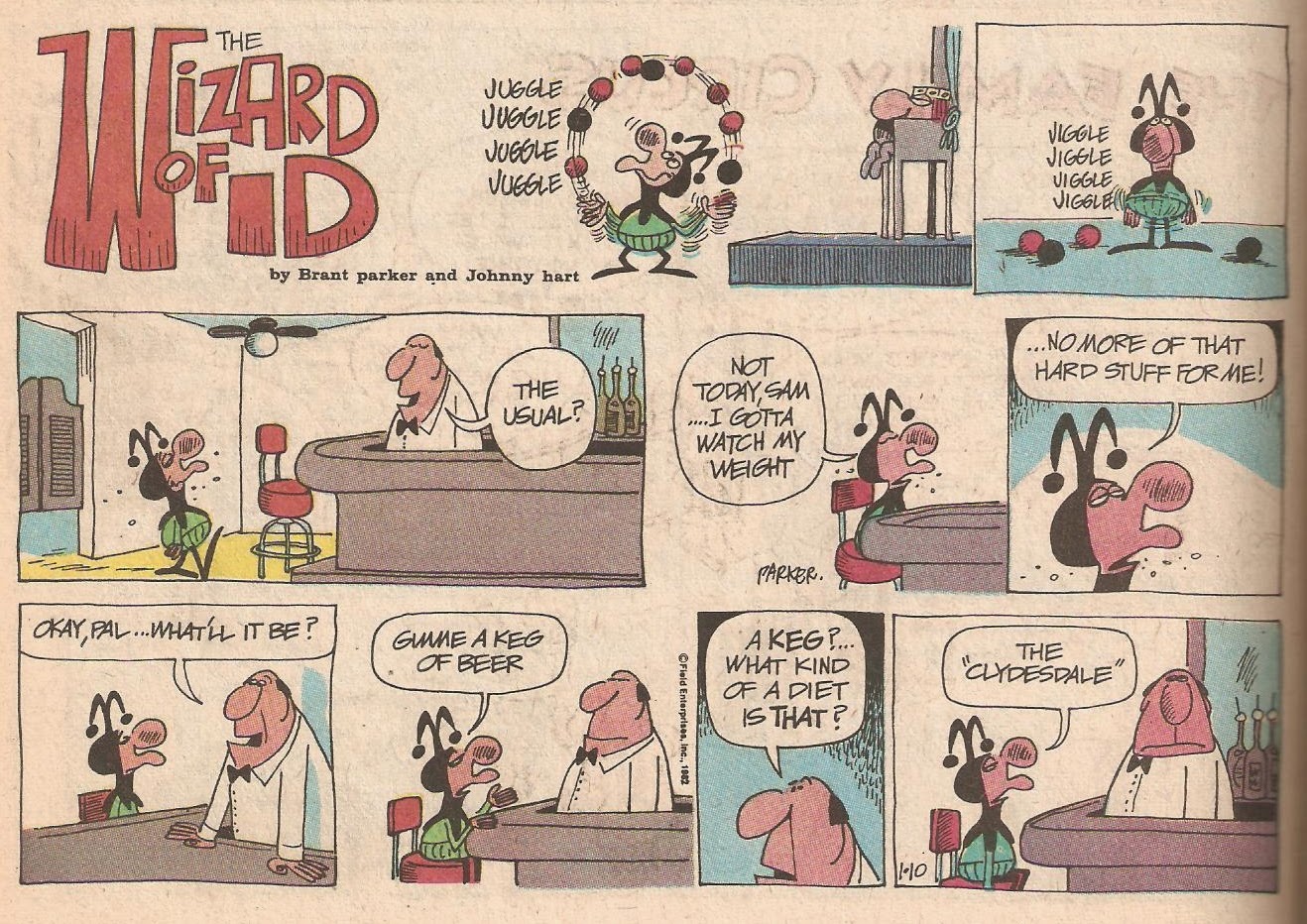 However, there were a few comics that were almost but not quite faithful reproductions that were done with little to no variance.  In these, there were redrawings that had the basic layouts and body language, but were redone with new people.  In these, you'd have a slightly harder time finding similarities unless you were paying attention.  They certainly slipped by until I saw certain similarities in their form and function. 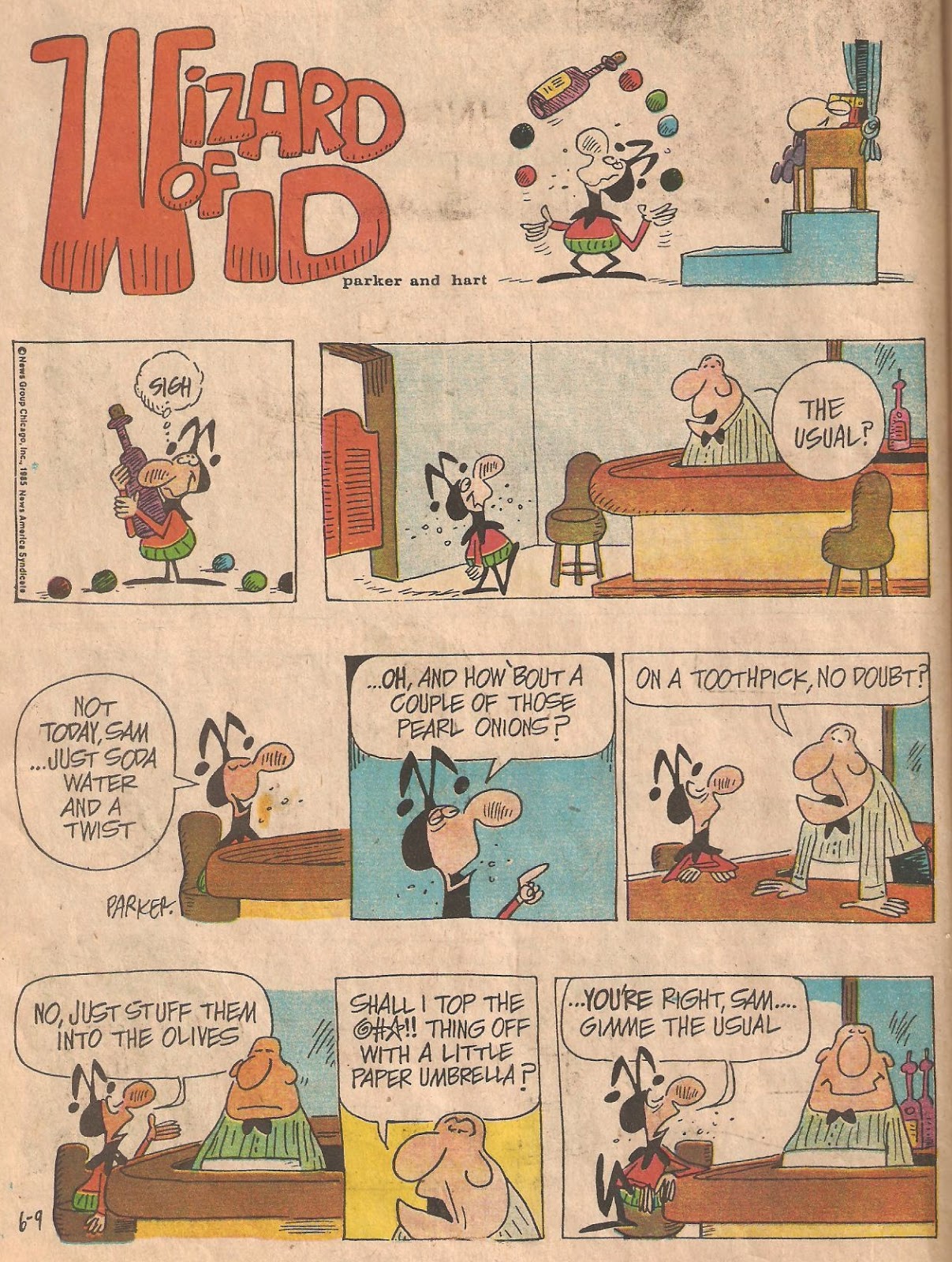 This next example was a little trickier, since not just the peasant was redesigned, but also the store clerk in the throwaway panels. 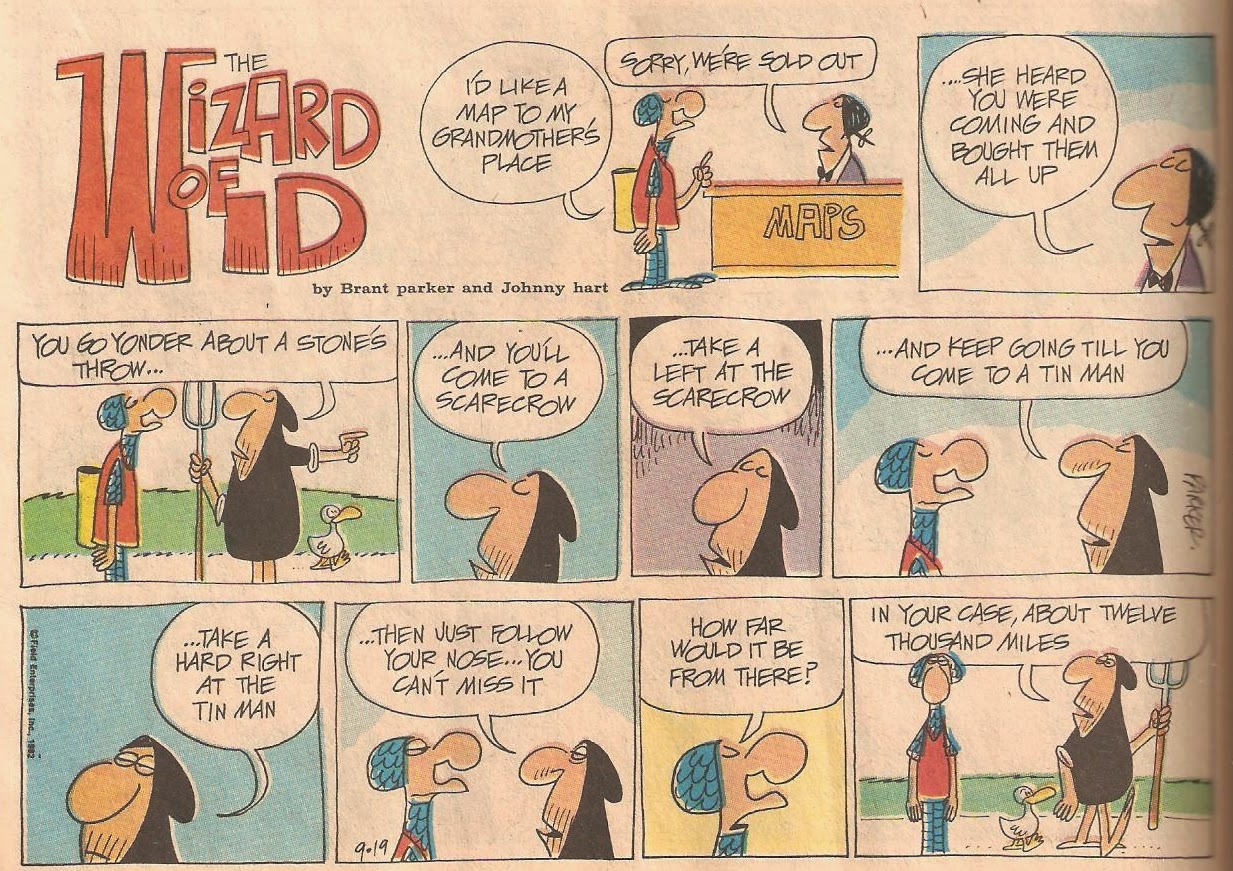 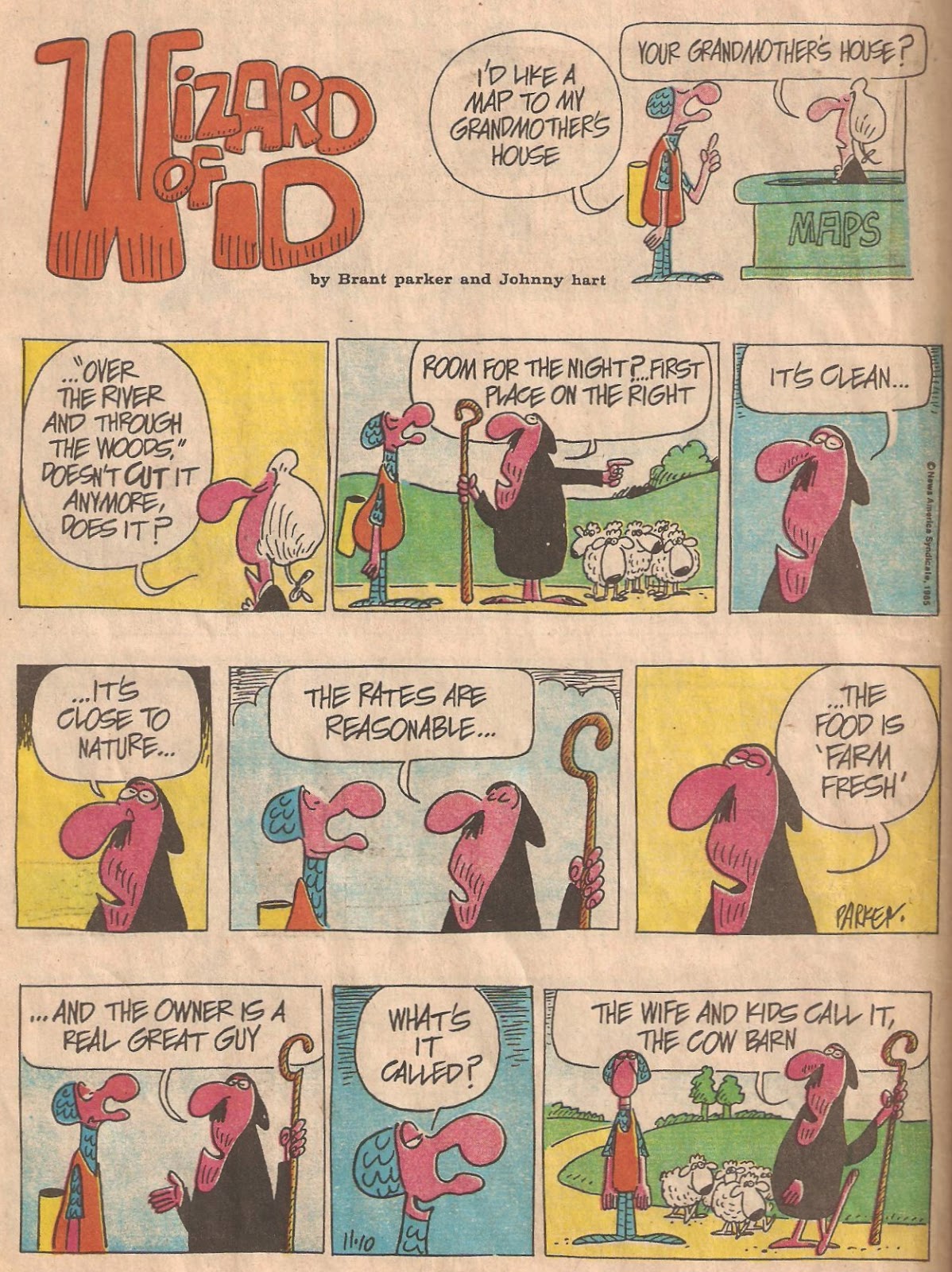