A few days ago, I was watching an awful Science Fiction movie about alien breeding invaders intruding upon a world populace, as they are won't to do.  As usual, I was seeing it on fast-forward with subtitles to get through the mundane script and the familiar ebb and tide of the plot.  (Introduction of characters, sense of threat, threat confirmed, trying to convince skeptics, skeptics convinced in light of menance, staying alive while killing as many invaders as possible, you know the drill)  Though there was a particular moment that took me out of the mindless escapism of the implausible movie - where the character talked about the egg sac of the creatures.  Only, they called it an egg sack.  While there wouldn't seem to be much difference between the two, there's a significant distinctive meaning.  One's an organic being part of somebody's body, the other is man-made, separate for carrying things in.  Unless you're a kangaroo, you certainly wouldn't want to be seen going to the grocery with a sac in hand.  Especially with the term being closely associated with football, which is potentially painful.

This wasn't an isolated incident.  I've noticed that there were other instances where there would be an added "k" to the end of words that normally wouldn't need that added emphasis.  There are all kinds of sources abound on pet peeves of improper usage of punctuation, ranging from misuses of apostrophes to general confusion over there / their / they're.  I've never seen this particular grievance mentioned before, so I figured I might as well strike while the iron's hot. 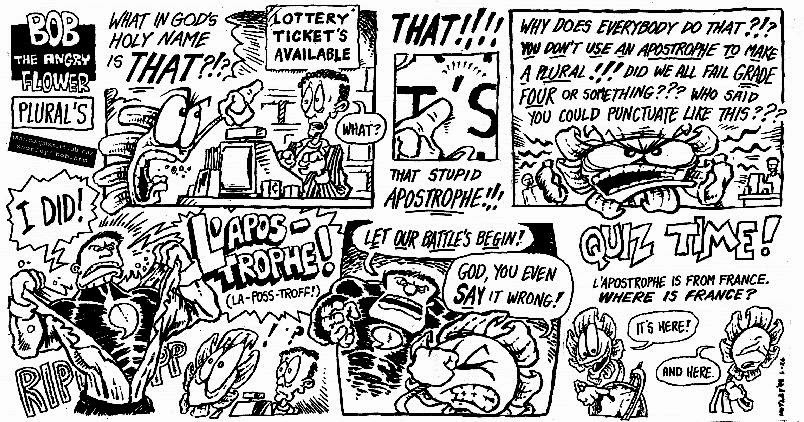 Another thing that drives me nuts is how authority figures, upon feeling threatened, will give the order or command to sic their dogs / lawyers / committee upon whoever's giving them grief.  But they say they'll sick them, which would have a completely different consequence, giving the mental image of having these powerful people throwing up all over them, which could be considered intimidating in its own right.

On a similar note, when someone's feeling nervous or trying to conceal their facial expressions while playing poker or some equally high-stakes game, they can still be outed by subtle facial cues or otherwise imperceptible body language that they're completely unaware of.  Naturally, these undesirable consequences of tics and ticks can be very similar, considering the ramifications, but one is for sudden contained reactions under stress, while the other is parasitic invaders living on your body.  While the former could be considered a reason for the latter (scratching all the time), it's not the most common one. 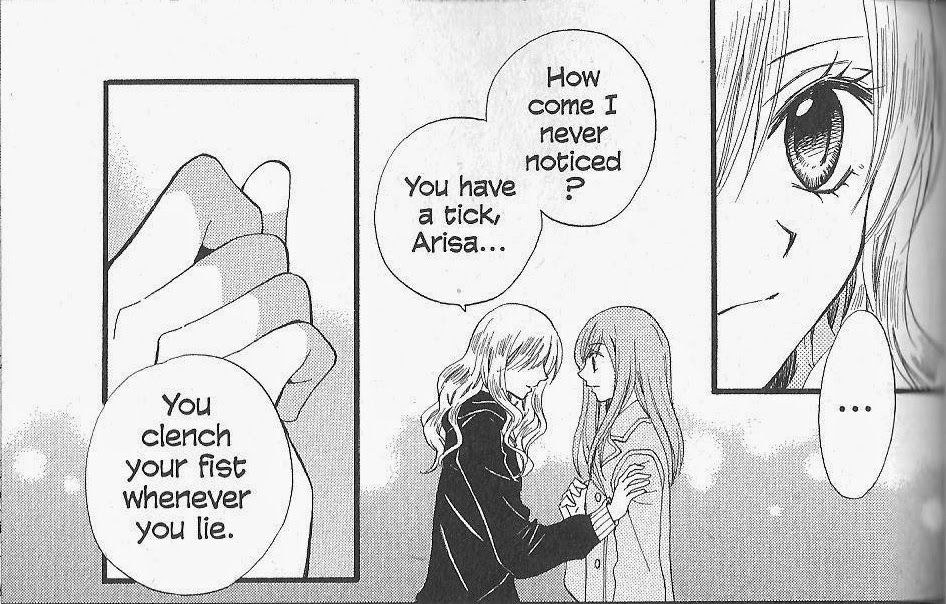 So why does this kind of mistake keep cropping up?  My theory is that there are writers who use words from everyday speech while never noticing how it's spelt in the stories they're written in, and editors don't catch that mistake, being more on the lookout for more common spelling mistakes or story progression.  One example I can think of is where I saw a comic (which I can't find right now) where they were showing New Yorker lingo by having a cabbie in their usual method of talking to their customers with basic questions such as "Where to Mac?", and "What's the problem, Mac?"  Only, they used the guy's name as Mack.  Saying "Where to Mack?" sounds closer to someone asking where they can score some smack, which, while plausibly where the customer wants to get a high, is probably not their intended destination. 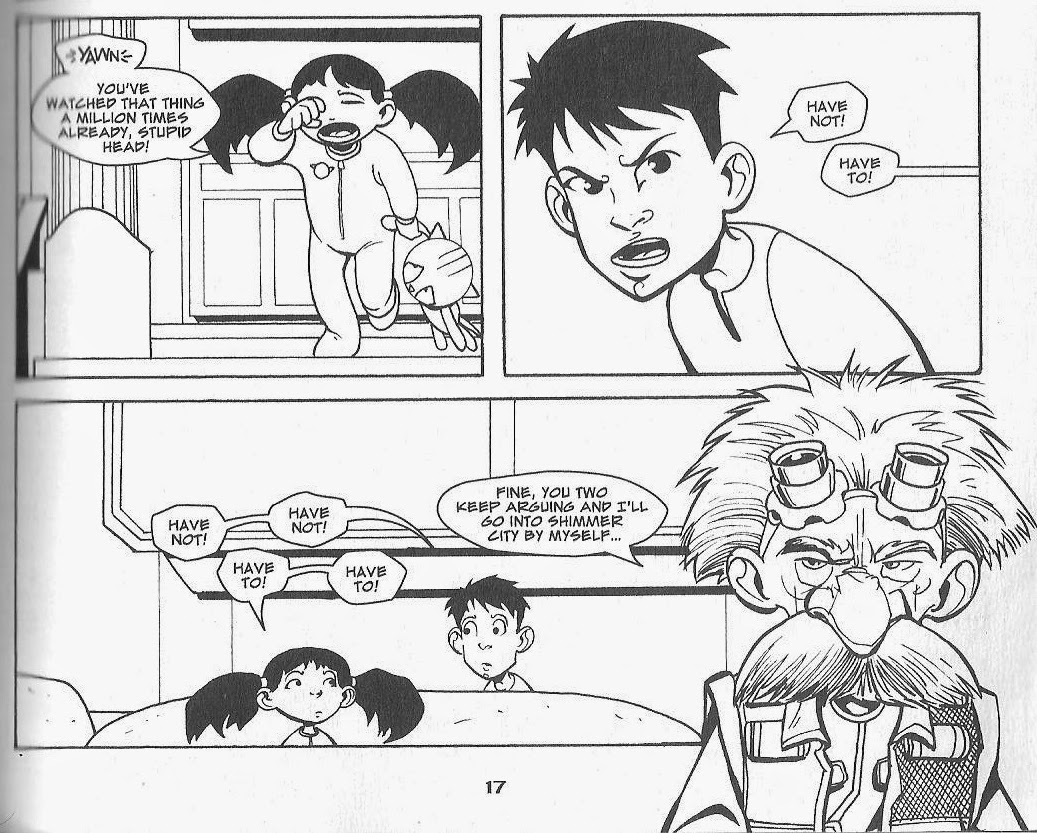 To my mind, it's somewhat along similar lines of making silly mistakes in the English language, being only familiar with a select few words, and applying those rules to every other similar word on the spectrum.  It would be similar to my mangling human language, being only familiar with the written form, and not how it sounds, which due to the nature of the English language, isn't exactly instinctive.  For instance, I still have trouble believing that sword (sord) doesn't rhyme with "word", especially given the phrase "The pen is mightier than the sword".  As a result of not knowing how they're spoken, I wind up facing reaper cushions (repercussions) and become further ostrich sized (ostracized). 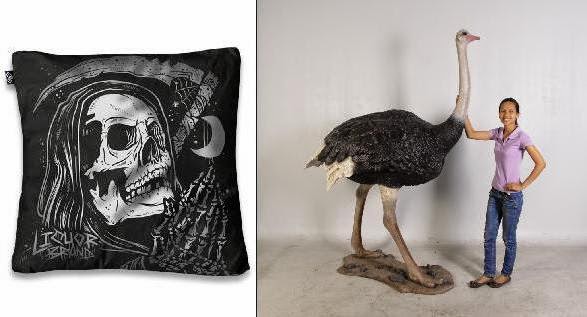 So how can we stop this spread of alarming spelling mistake additions?  The answer to that might ironically come from the ONE exception I've never seen have an added "K" for is the abbreviation for Doctor.  You hardly ever see anybody use the term Dock, since that's more for the short end of a pier, where you're likely to wind up if you don't dock your pay.  But that could very well be the result of Bugs Bunny's infamous catchphrase.  You'd certainly never see Spider-Man spouting something along the lines of : 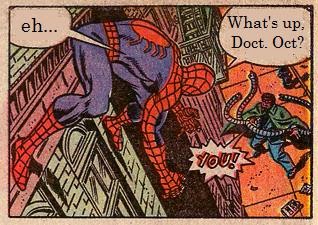 However, if people start adding a "T" at the end, we're going to need another talk.
Posted by DeBT at 8:14 PM