The two-volume series by renown creator of American Born Chinese is something of a fascinating read.
My only knowledge of the Boxer Rebellion was from a throwaway line from Tintin in The Blue Lotus, so this quasi-fantasy narrative helped fill in some historical blanks amidst the various Chinese legends of yore.  Much of the story focuses on the Chinese uprising against the British colonies and their hardstrong spreading of Christian ideals that flew in the face of years of Chinese tradition, and the ensuing fallout that resulted.  The first book, Boxers is more along the lines of an action-packed romp, while Saints, focuses on the Chinese citizens who willingly converted to Christianity (which is notably thinner than the first volume for various obvious reasons) and a more muted colour scheme compared to the more action-filled half. 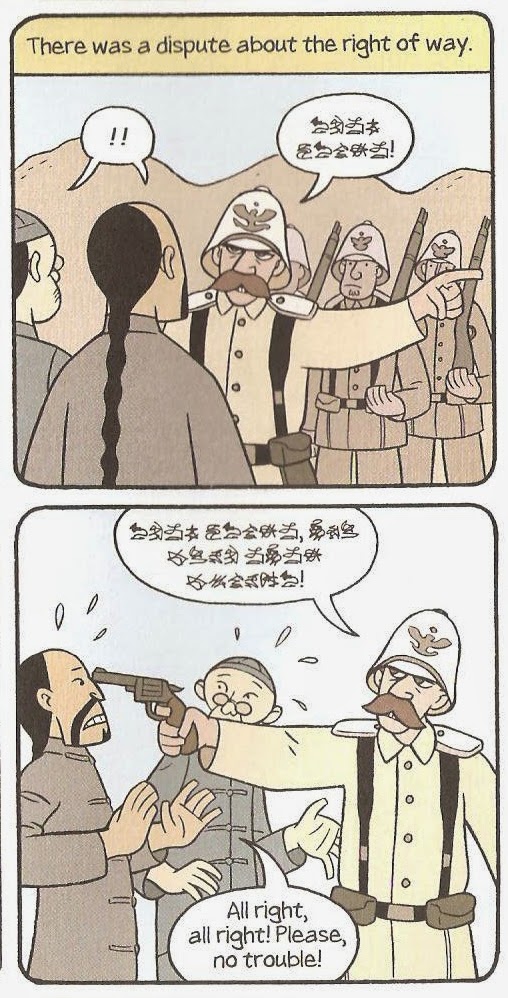 It wasn't until I started reading the second half of the story, Saints, that I started to notice that there was a certain... pattern showing up in the seemingly nonsensical text.  Namely, the number of characters said were the exact same number as what was translated at the bottom of the panel. 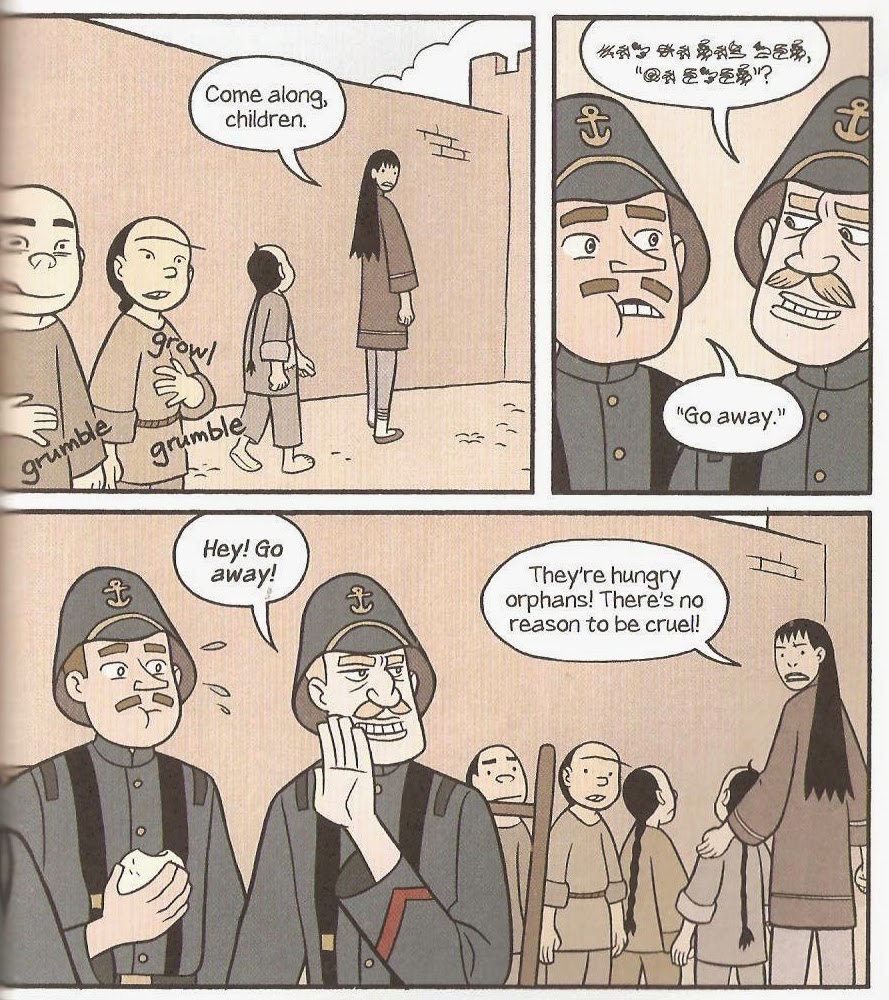 This was most obvious when the Father's constant proclamation of "Mother of God!" was consistent, and the same letters representing certain words repeated themselves across the board.  I later found out that this was something that wasn't entirely missed out on in an interview with the creator. 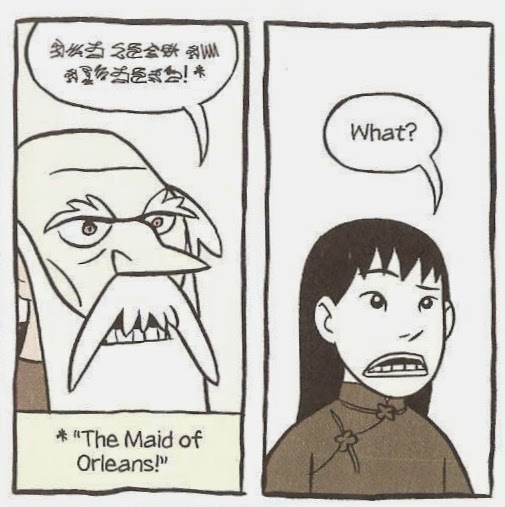 With a little deductory reasoning and comparative analysis, anybody could reasonably figure out the meaning themselves.  However, for anyone too lazy to do it themselves, I'll helpfully spoil other people's homework by giving the answers away.  Of course, without a copy of the book in your hand, most of the following won't make much sense without context.  That, you'll have to figure that out yourselves.  Spoilers after the cut. 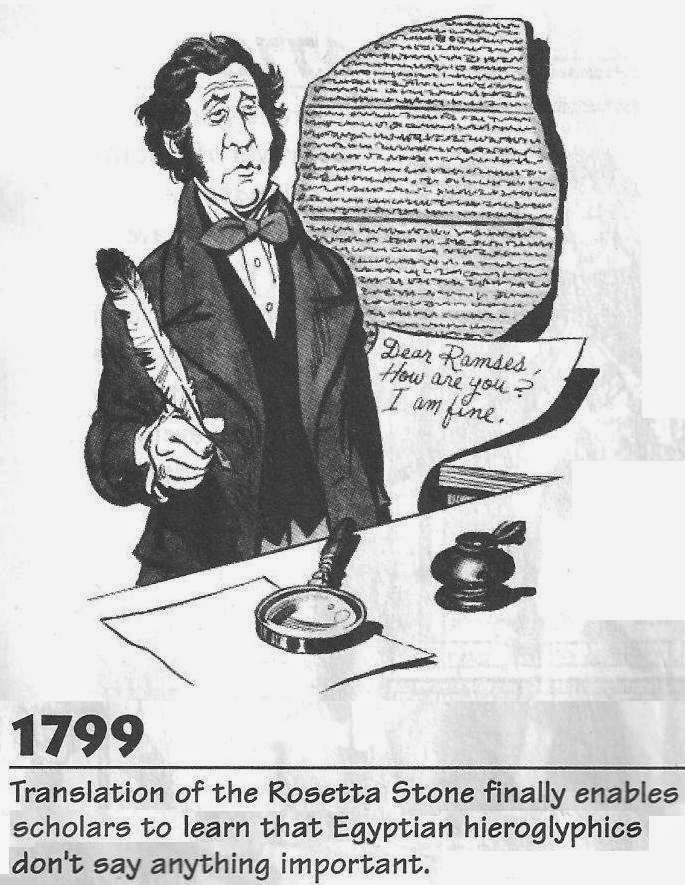