Awhile back, I mentioned the fortunate find of acquiring old Gazette comics in my possession.  There are still a few holes here and there (I'm missing most of 1981), but it's a further expansion than I ever expected to go in the first place.  Most of the comics were new to me, but the ones that rang familiar were very revealing. 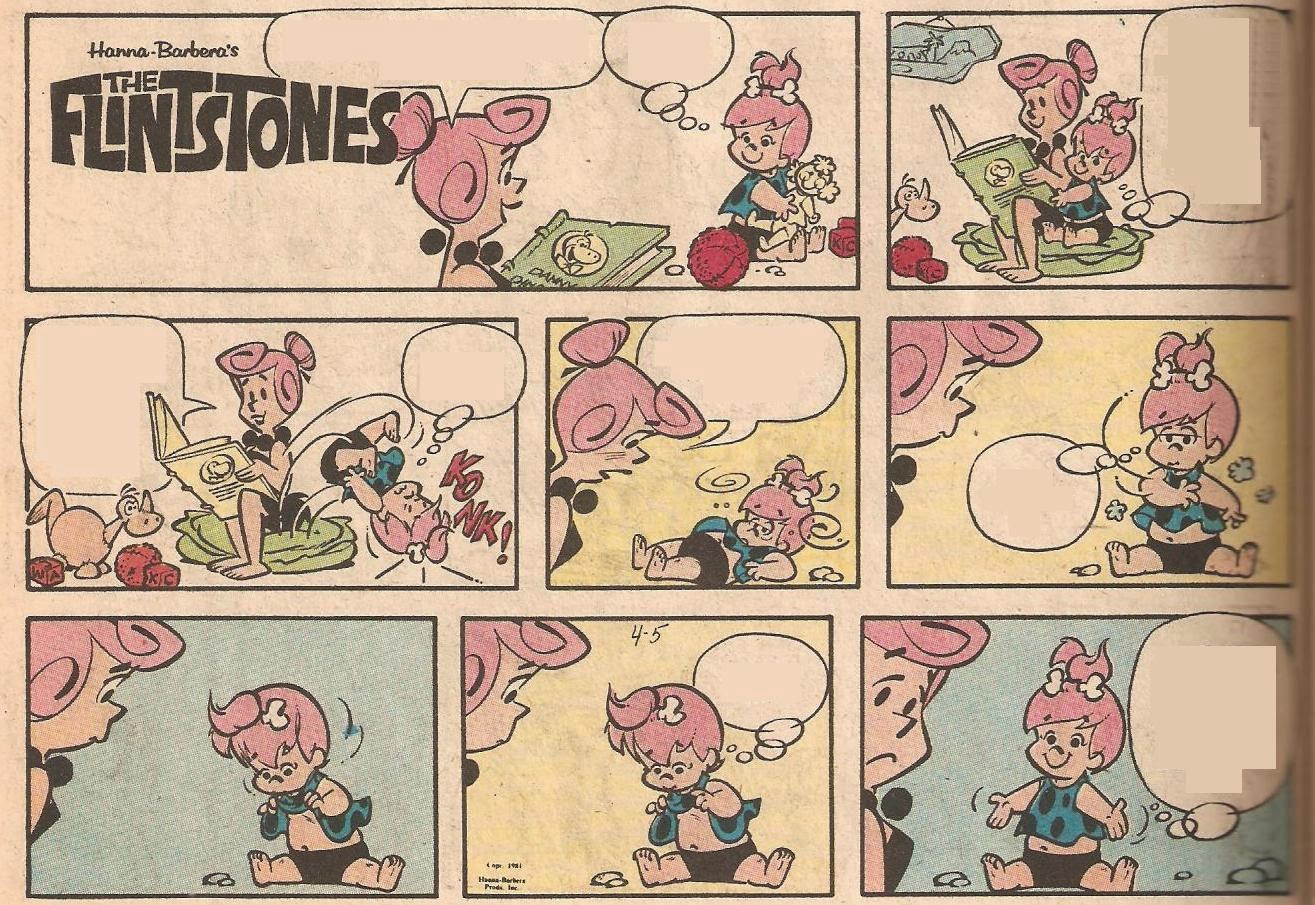 To get a general idea of how I viewed these comics back then, I'll be removing the dialogue from most of them.  (Don't worry - you'll see their actual contents at the end of this post)  To really get the full effect, re-read these comics without text multiple times before skipping over to the answers. 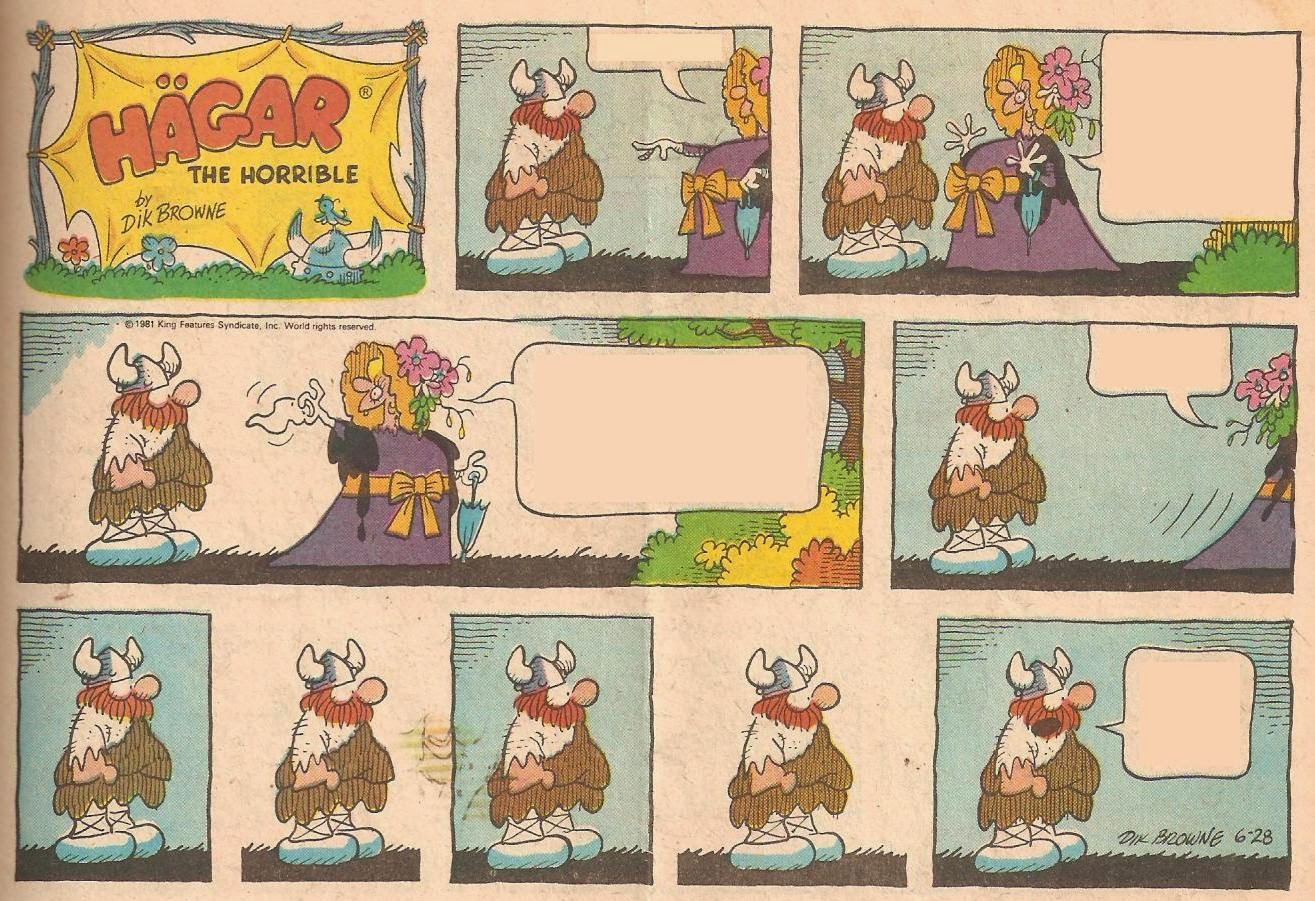 As much as I paid attention to the characters in their little boxes, I was drawn to these pictures that had similar ones right next to each other, or reproduced elsewhere.  The nature of simplistic character designs is that they're both pleasing to look to the eye, and can be quickly drawn by a trained hand in a hurry.  Whether by accident or design, some poses and profiles are used multiple times, showcasting a certain author signature style. 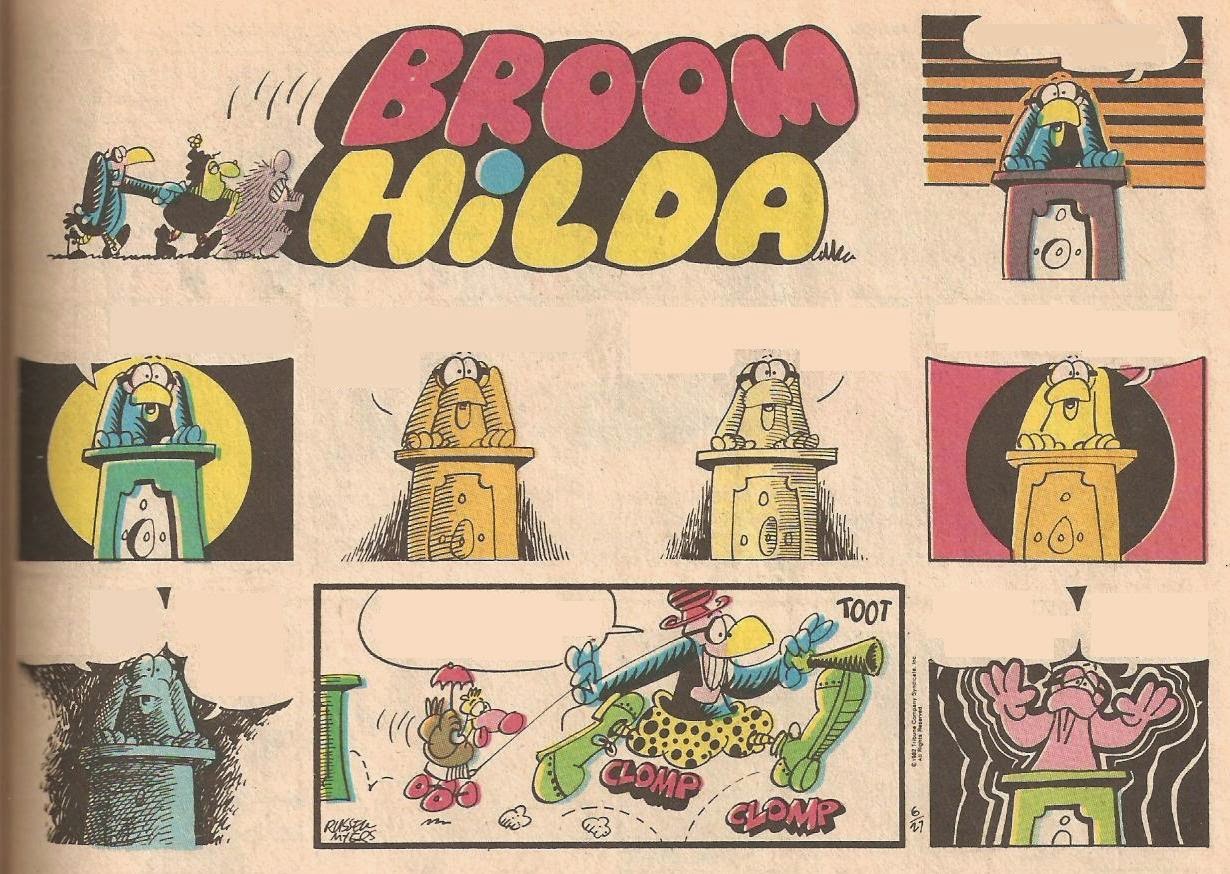 Even though I had no idea of what the characters were saying, I intuitively knew they were talking, but of what escaped me, so I filled in their text with nonsensical noises.  Somewhat similar to blind people's drawings perception of the horizon, my representations could hardly be called accurate depictions, but they were close enough for my preferences.  At a family gathering, I was told that when I was reading children's books, I could be heard "singing" to myself.  Turns out that long before I converted words to pictures, I was already converting pictures to sound. 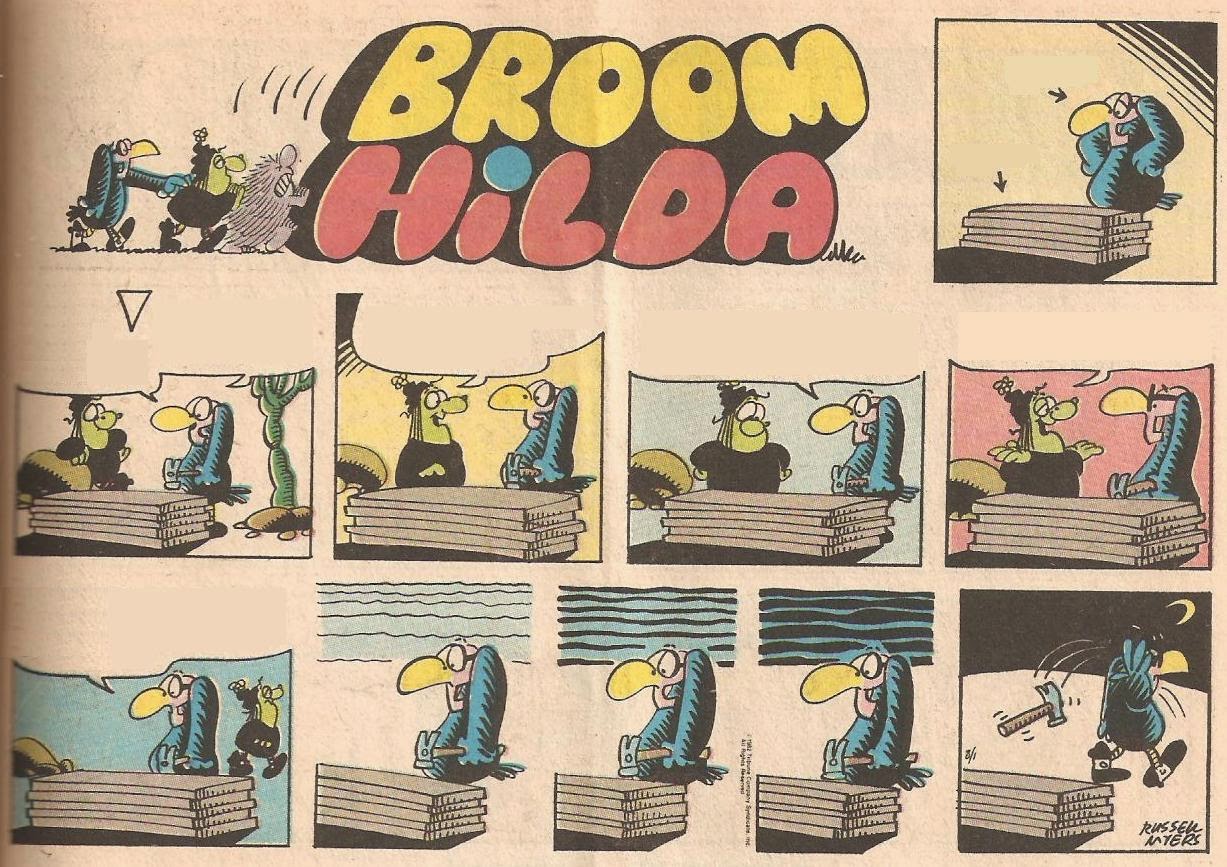 Hagar has a weird expression throughout this one.  His vacant stare makes him look like he's stoned or something. 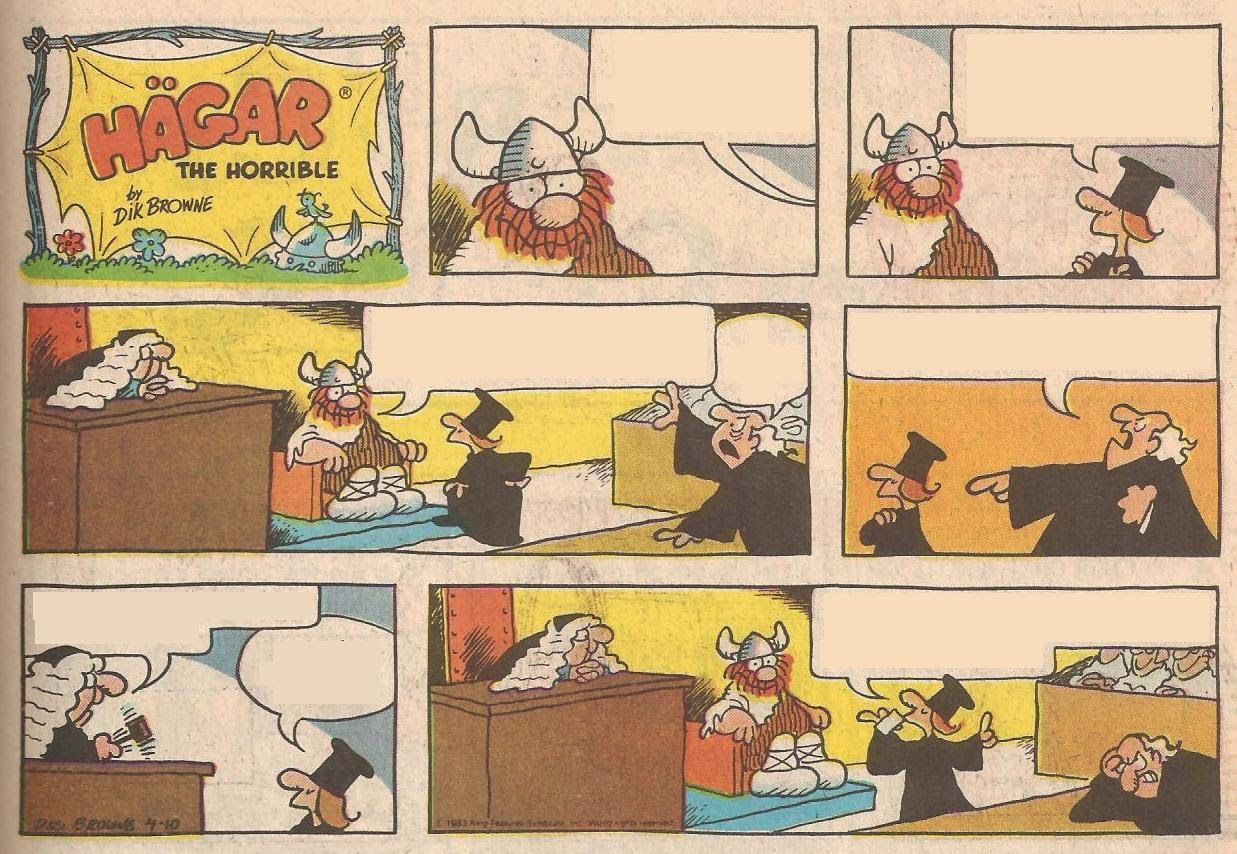 This one is a bit of a cheat, since I actually had this comic in my possession.  But I would constantly reread it, looking at Dagwood's dazed expression while holding his bowling ball, bouncing back and forth between Herb and Blondie. 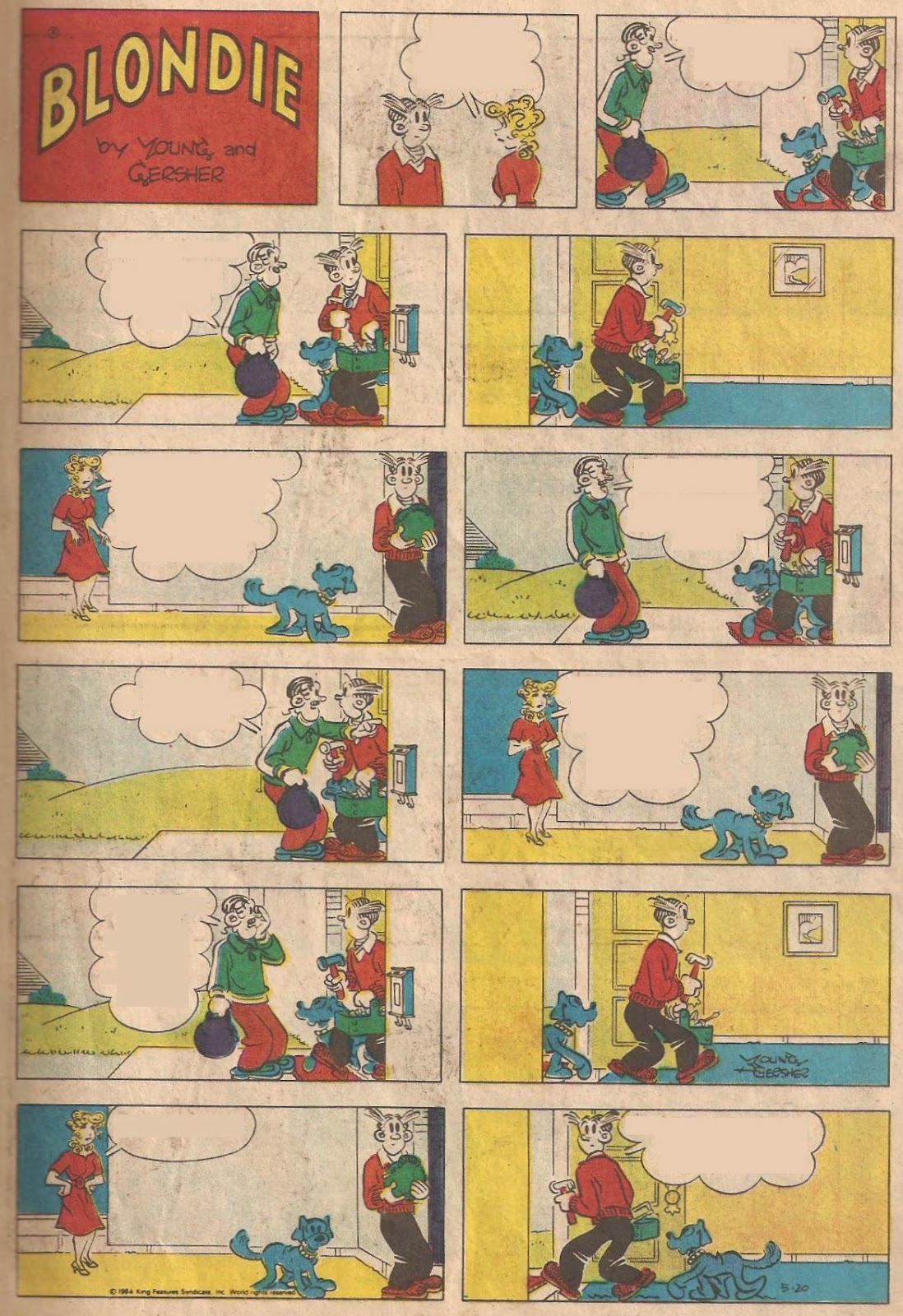 Taking a slight detour into uncharted territory, a possible reason that there hasn't been an archived collection of The Muppets comic strip is that there's not much demand for the material, and if compiled, could lead readers to easily finding out that much of the artwork was copied after the throwaway panels.  These examples I recently found show the similarities as well as the slight edits to make them seem significantly different. 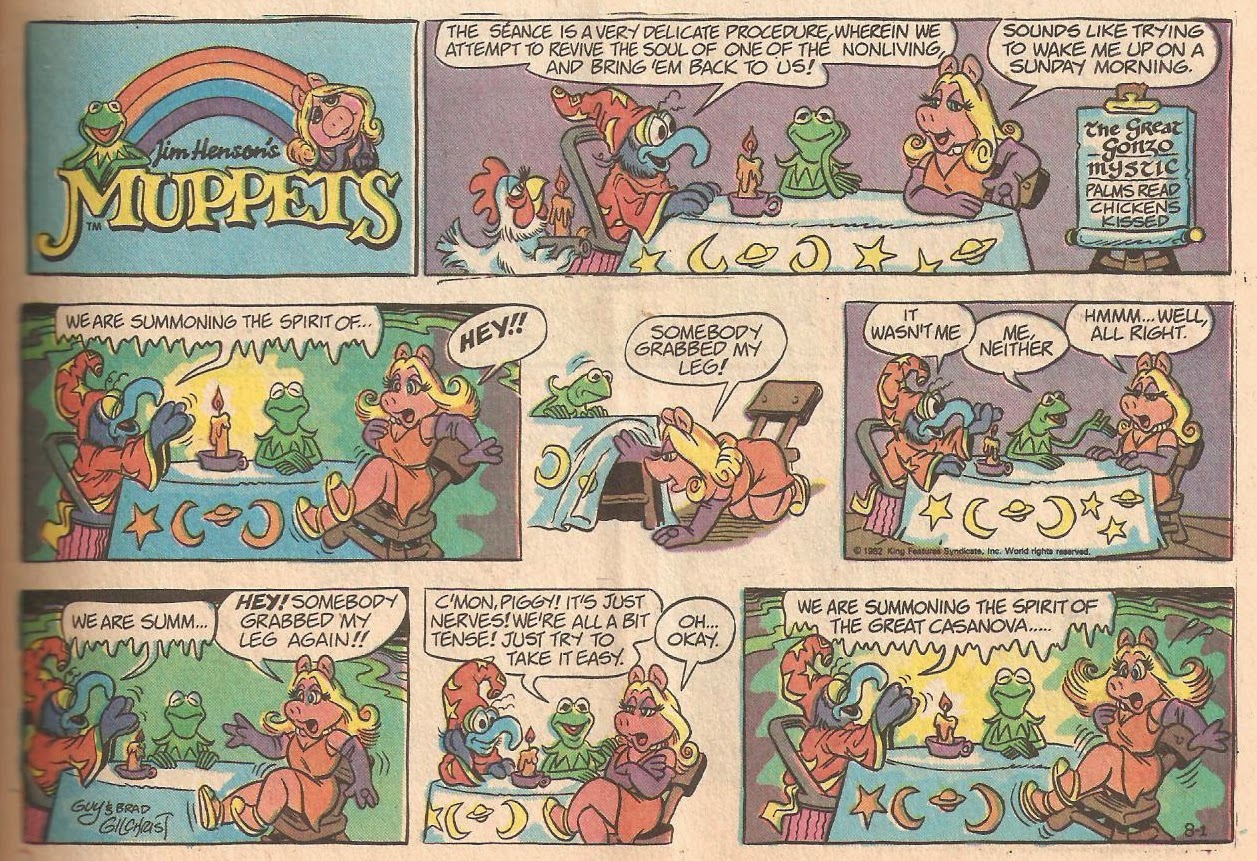 It's not on the same level of the legendary bad art of Ducktales #3, or certain Archie Sonic comics, but the reuse of art becomes notable after awhile. 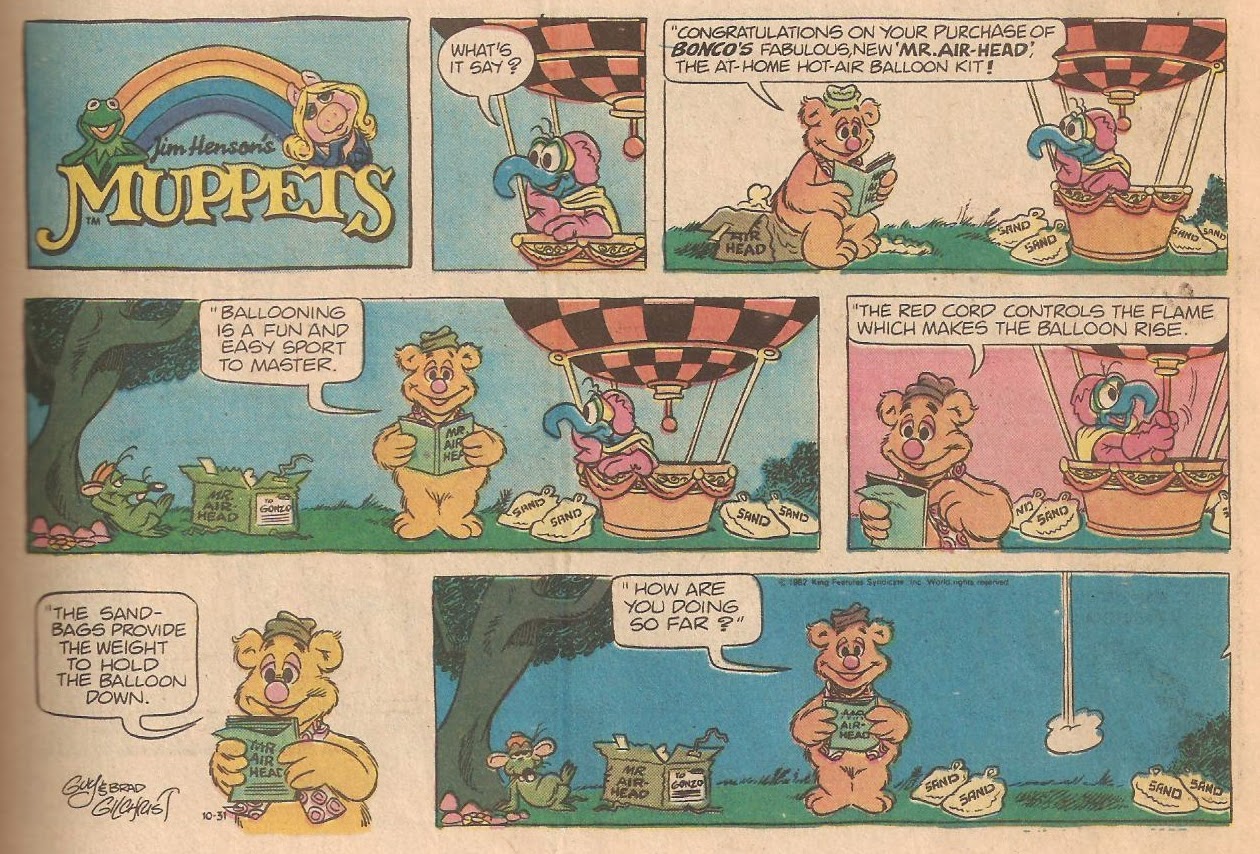 As a kid, I was a whiz at a Sesame Street Matching game where there were various boards featuring the Muppet's faces, which would be hidden underneath a row of pieces.  These boards were of varying length, so the same layout wouldn't be used twice.  However, after uncovering various pieces, I was able to determine a certain pattern, and with practice, figure out where the remaining faces lied.  It helped that many of the faces were right next to each other, which helped the memorization factor somewhat. 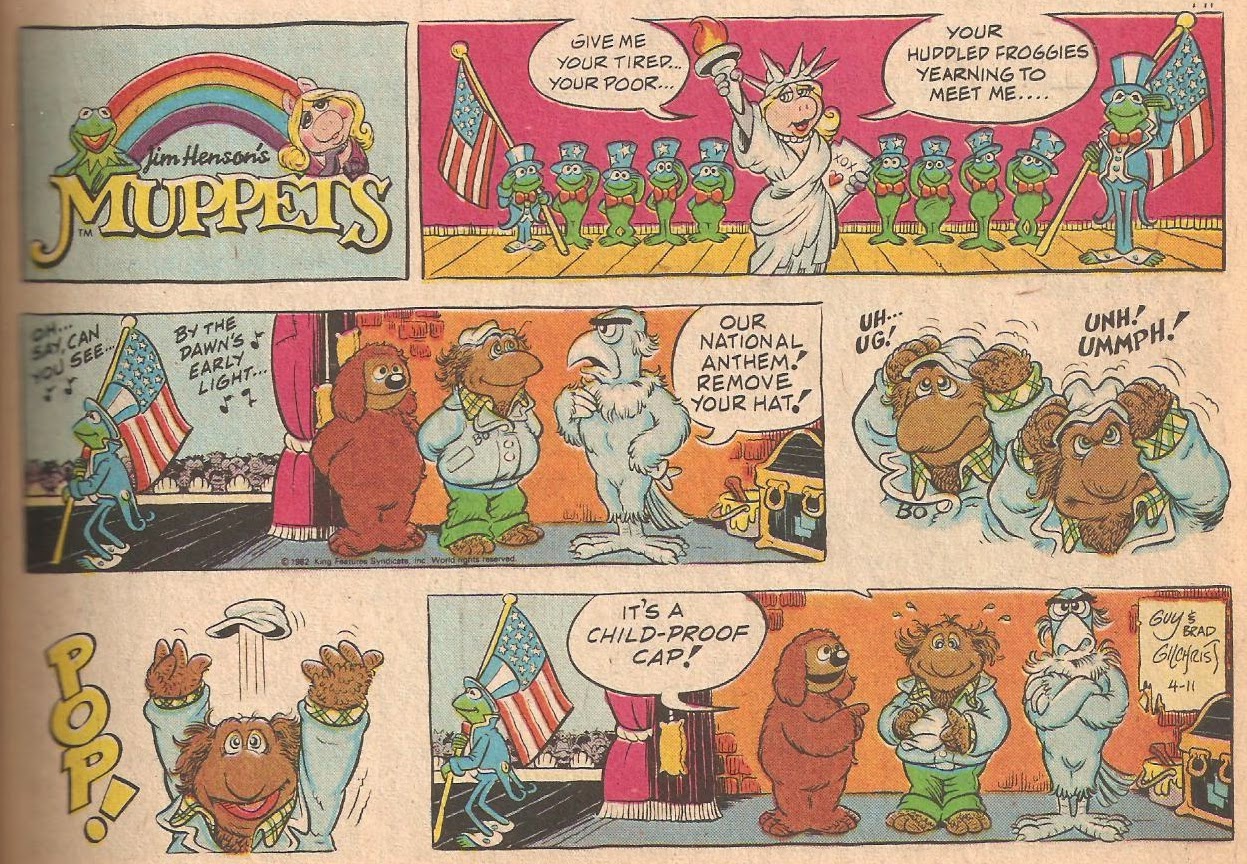 As such, I was able to piece together connections by seeing similar pictures next to each other, which spurred my interest in trying to make sense of their contents.  I may constantly point out comics that reuse art all the time, but the truth of the matter is, I probably became interested in comics because of copied art in the first place.

One thing that concerns me is that while I can remember what my mental process was when first "reading" these comics, I can't recall the exact Eureka moment when I was able to make some sense from these little scribbles on paper.  One day, they were just random symbols, the next, they were formed words, and any helpful advice I could give to beginning readers struggling to understand a page is lost.

Text for the above comics under the cut: 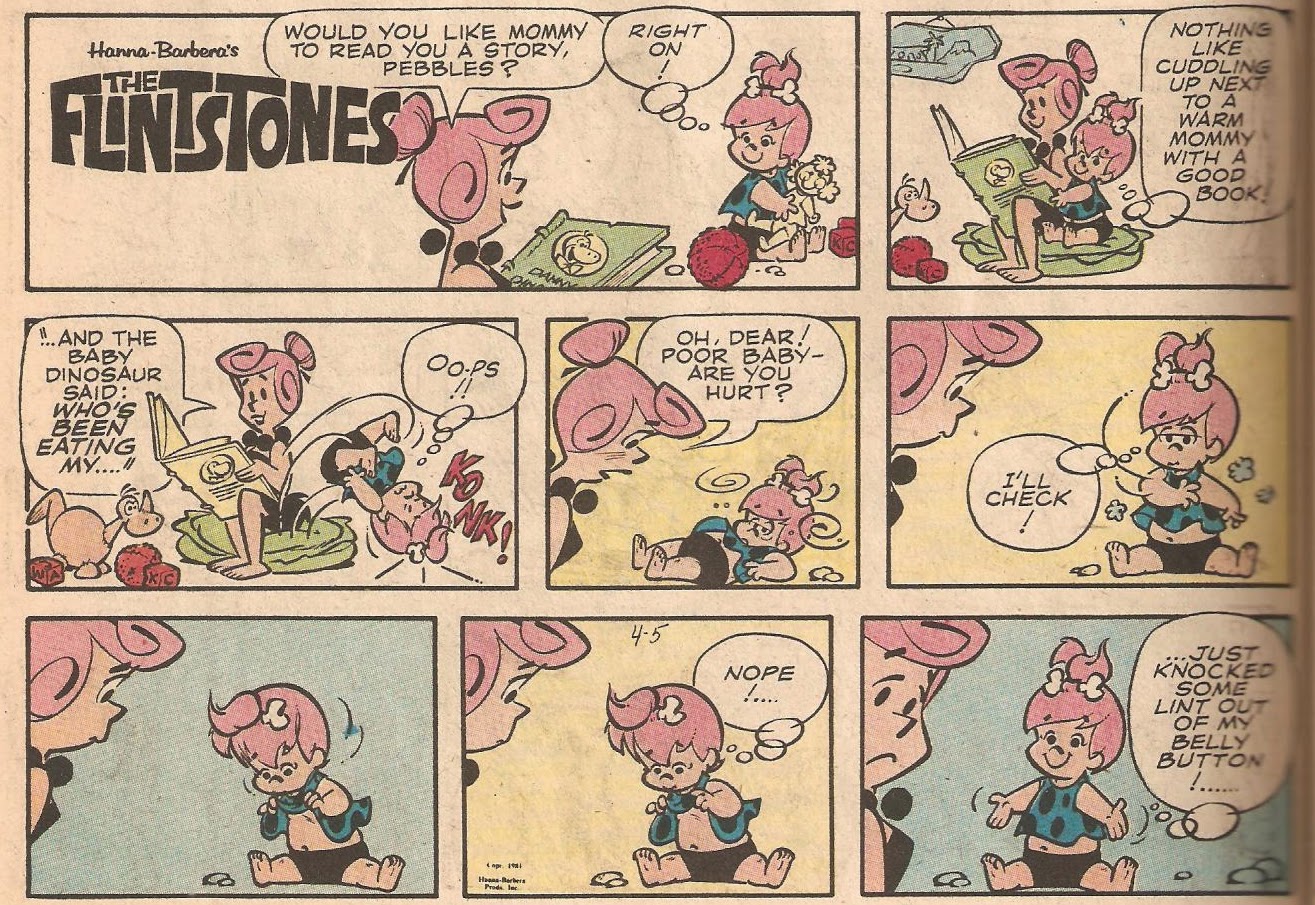 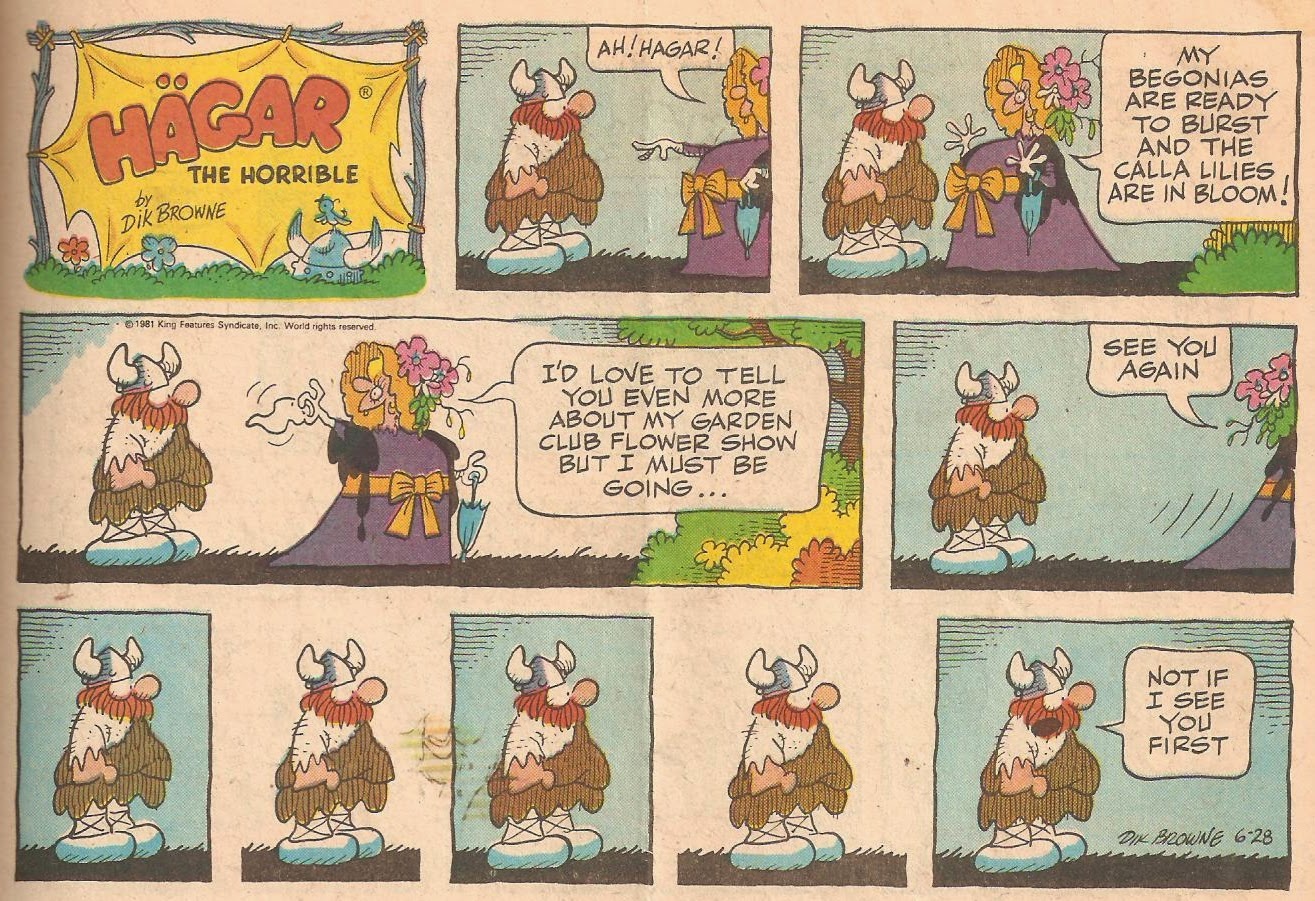 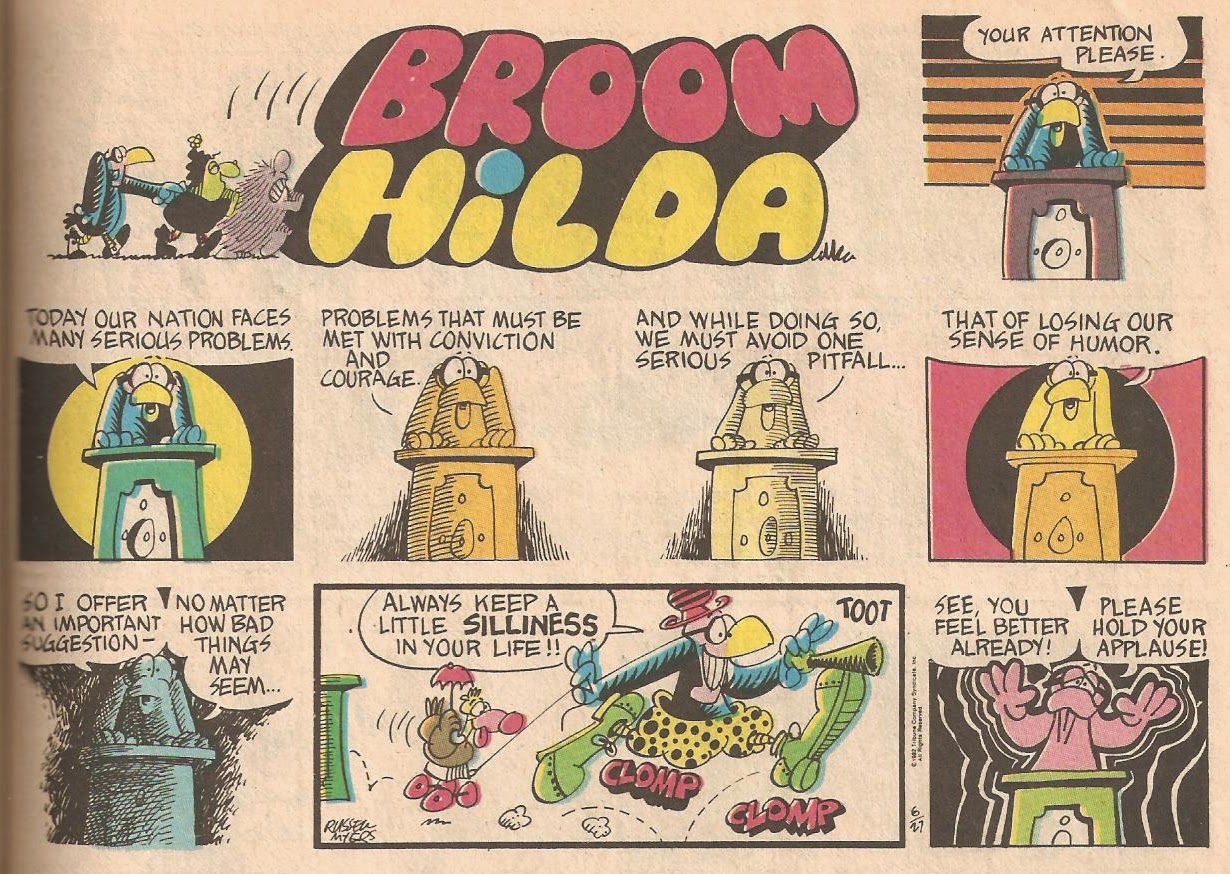 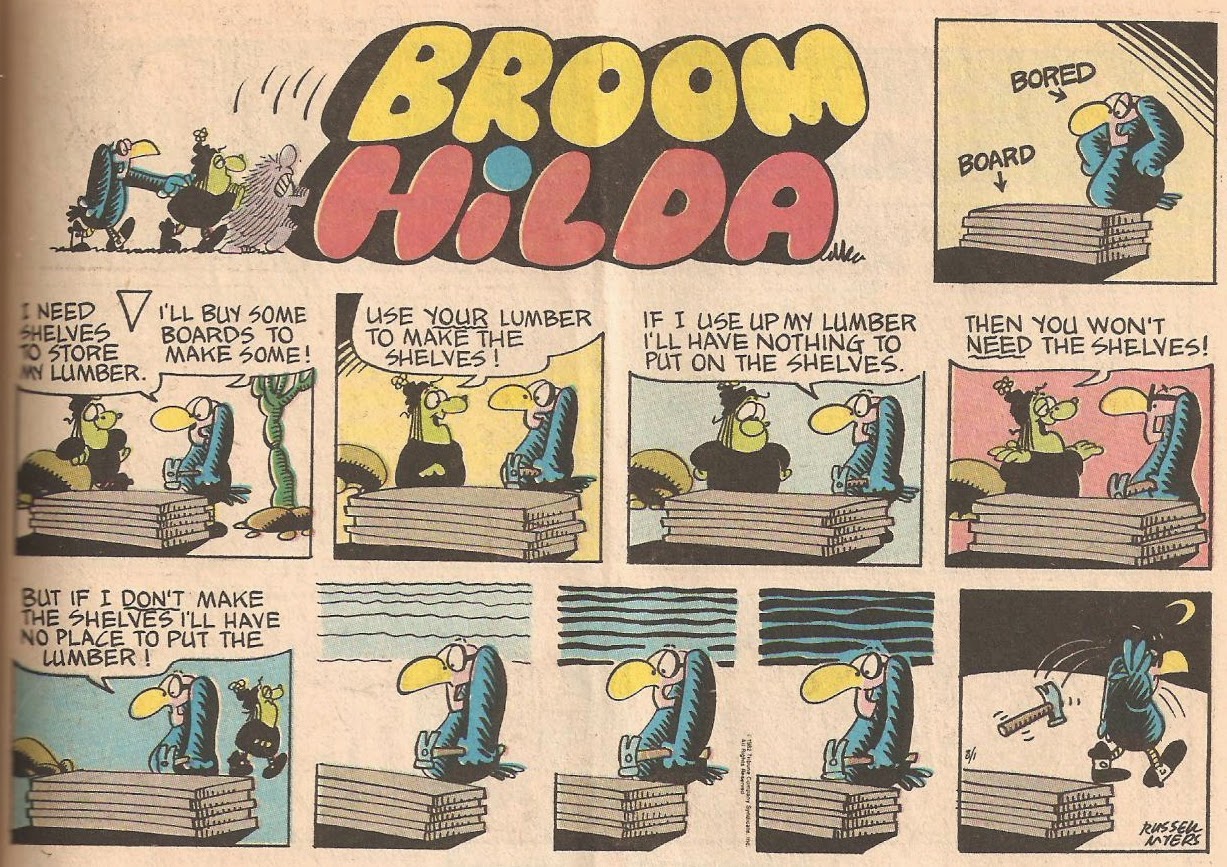 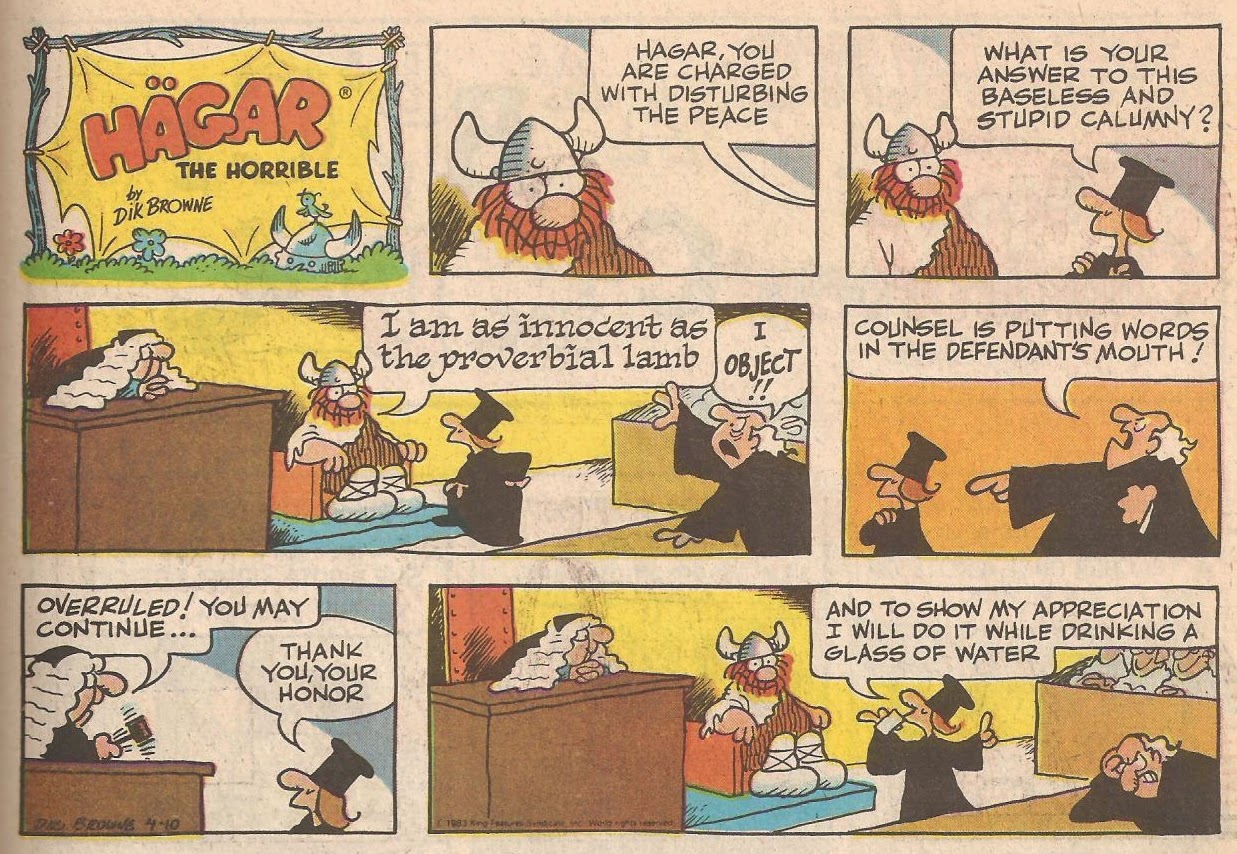 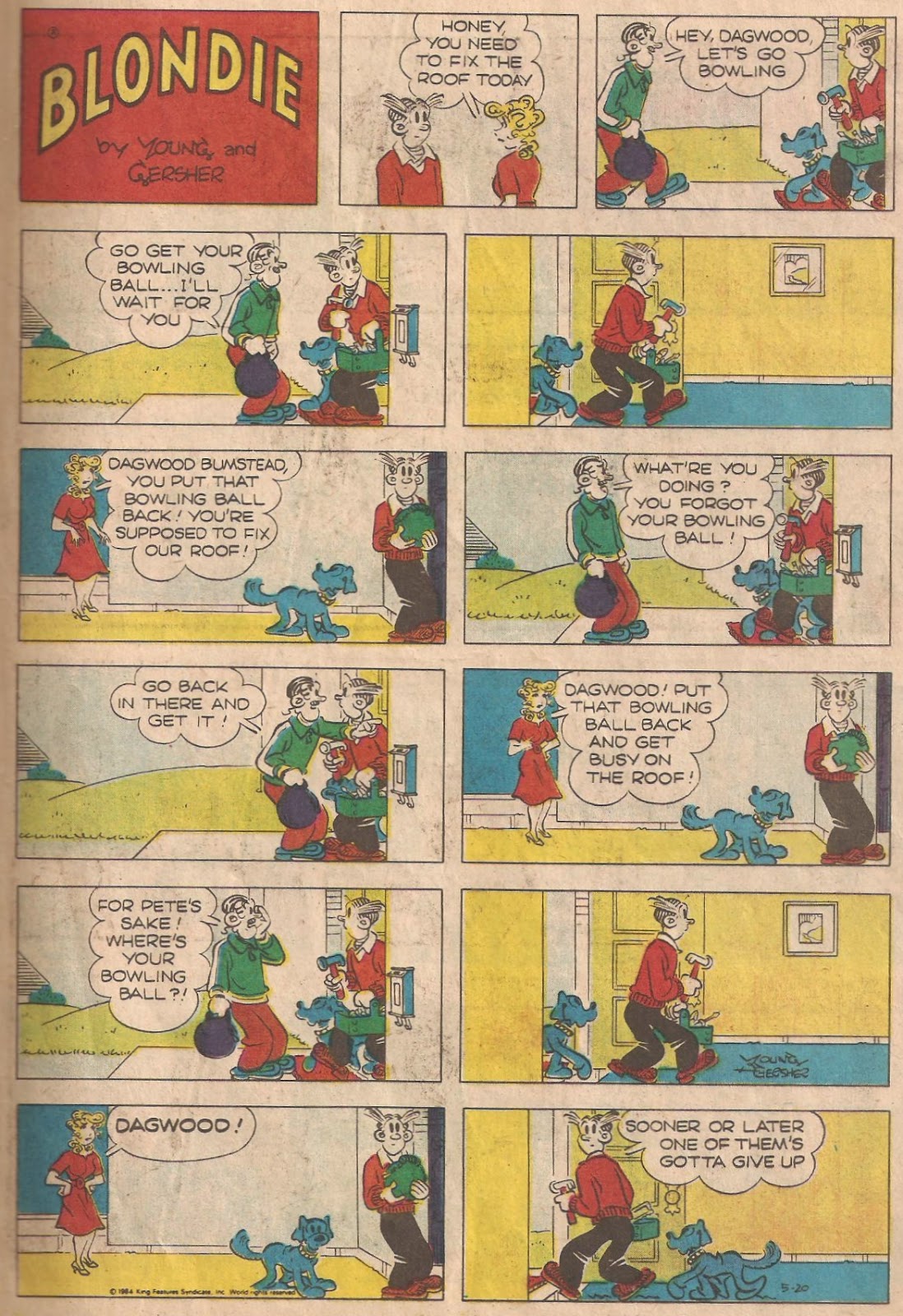