Ever since humans started becoming more sophisticated with their grunts to the point of making comprehensible speech, mankind has been trying to capture the pure essence of what passes for talking in a concentrated form.  Whether you're using quotation marks or speech balloons, it's all done in a way to emphasize the invisible realm known as dialogue.  This in turn has led to the annoying principle known as trying to figure out how and where to place the characters so that anything they say won't wind up obscuring the artwork. 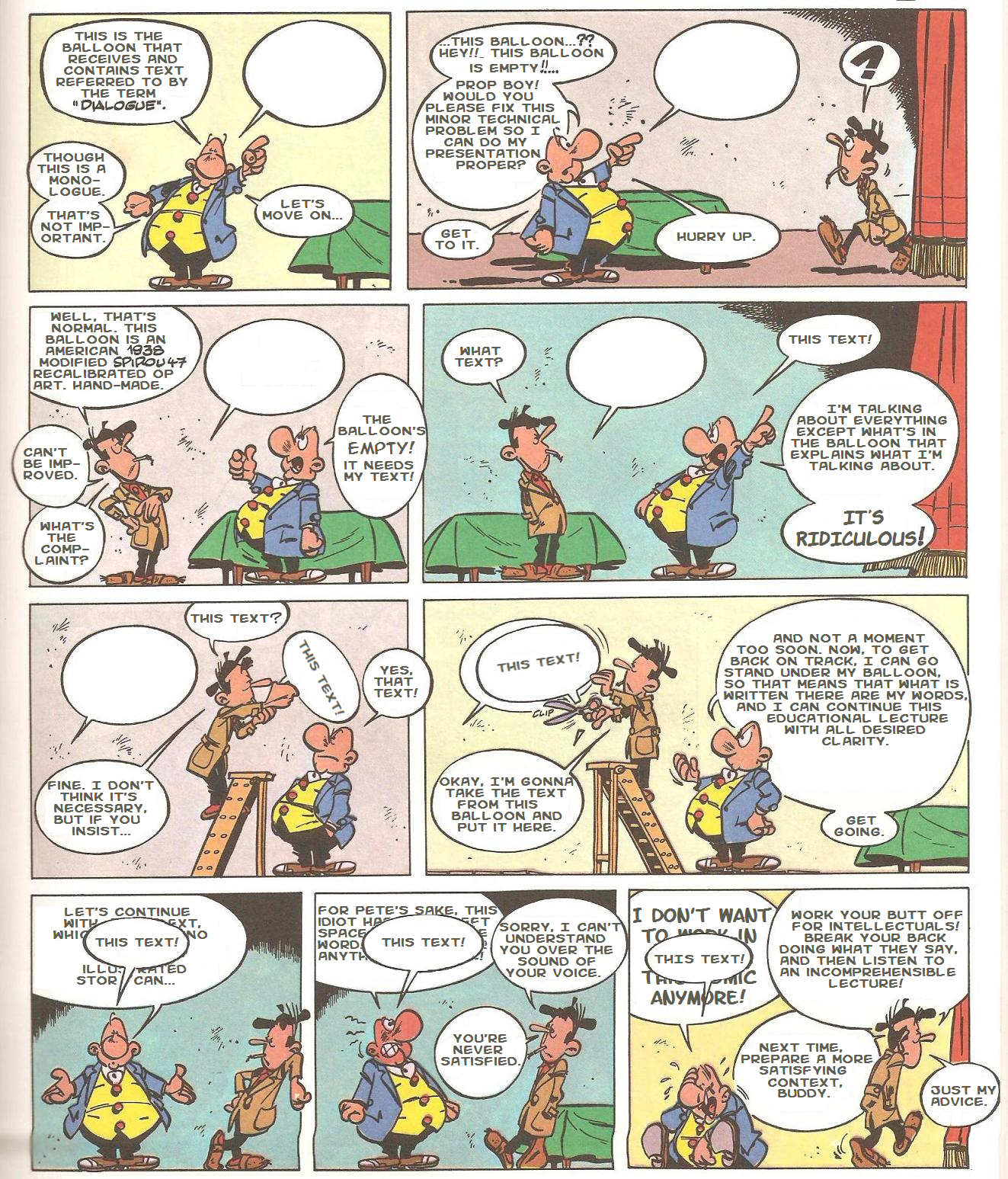 This is a common fault of aspiring writers who believe they have something worthy to say and wind up putting to pen more lines than is actually needed.  Achille Talon (Walter Melon) is well-reputed for never settling using one word when two dozen will do.  One of the most important rules in cartooning is to make sure that the words don't wind up covering up more space than necessary.  Oftentimes, this means being forced to draw smaller, rather than do some creative script editing. 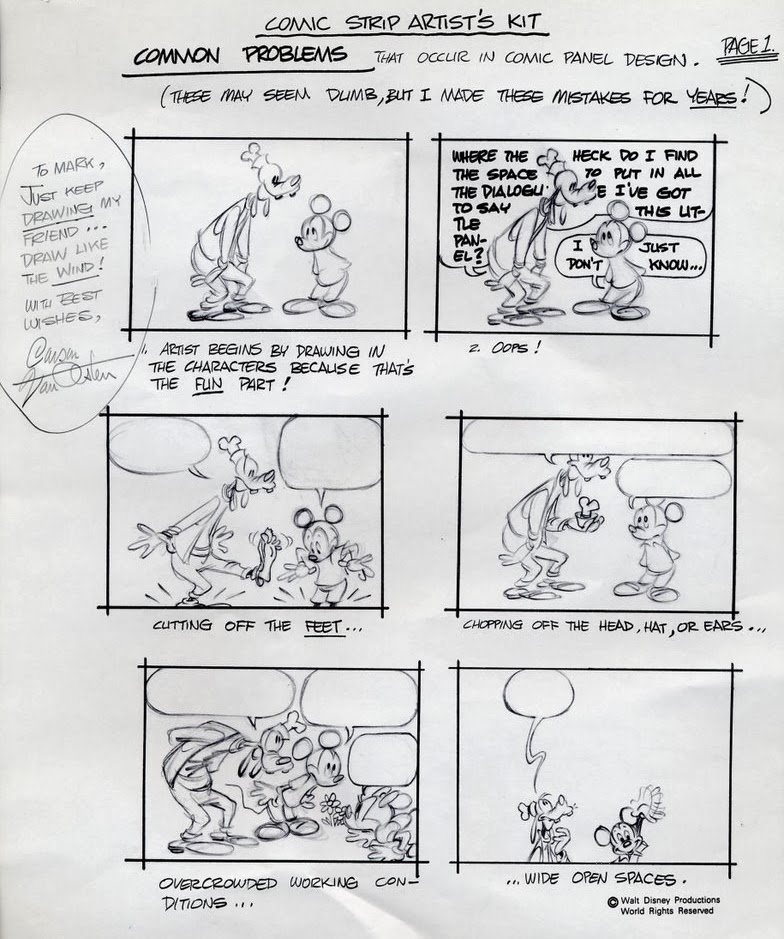 But that practice while practical, can limit the alternate possibilities of putting a balloon.  The regular ritual of having our words hang above our heads is so commonplace that it's difficult to imagine any other possible way to do it.  Some of the earliest examples presented speech in the form of scrolls, since that was how prose was done at the time.  Note that the written word isn't kept level, but written to the side and almost upside-down.  The form of free-floating words was something considered intangible. 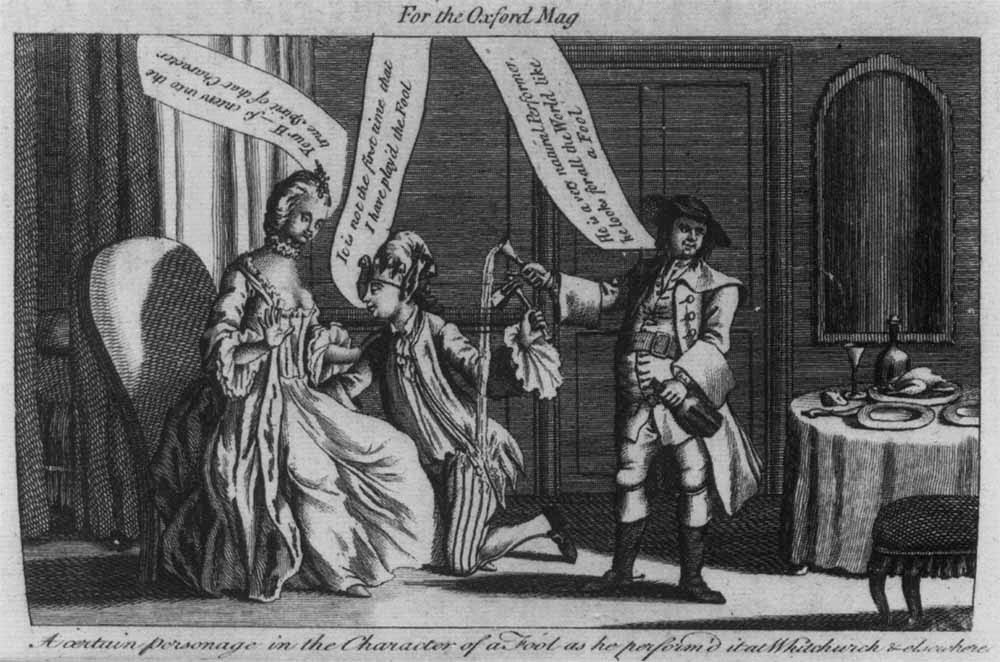 This is perfectly understandable, since any exploration into a new medium is hampered only by experience within the limits of past mediums.  The first television shows were set on a stage with the same backgrounds since that was how plays were done.  It was only when people experimented with the form that they found out it didn't have to be restricted to a single camera view, and so all kinds of rotoscoping tricks were discovered and later implemented in various ways.  It's the same with cartoonists.  Less common, is to have the balloon below the character's head. I had planned to show an example of an old comic that had word balloons embedded in the crouching character's stomach, almost obscuring the action, but was unable to find it again.  To get an idea of the busy artwork, it looked like the people were talking from their stomachs.  The closest comparison I could find would be this example from Nylon Road.  The practice of having word balloons over our heads is so ingrained in comics that when there are exceptions to the rule, they tend to stand out.  The closest equivalent today would be to have text boxes floating all over the monologuing character, but that's not quite the same thing.

Eventually, this practice of having text at the bottom was regulated to one-panel comics such as The Far Side and New Yorker cartoons.  In the case of the latter, the art comes before the text, and it's only with the text that we get some comprehension of the scene going on. 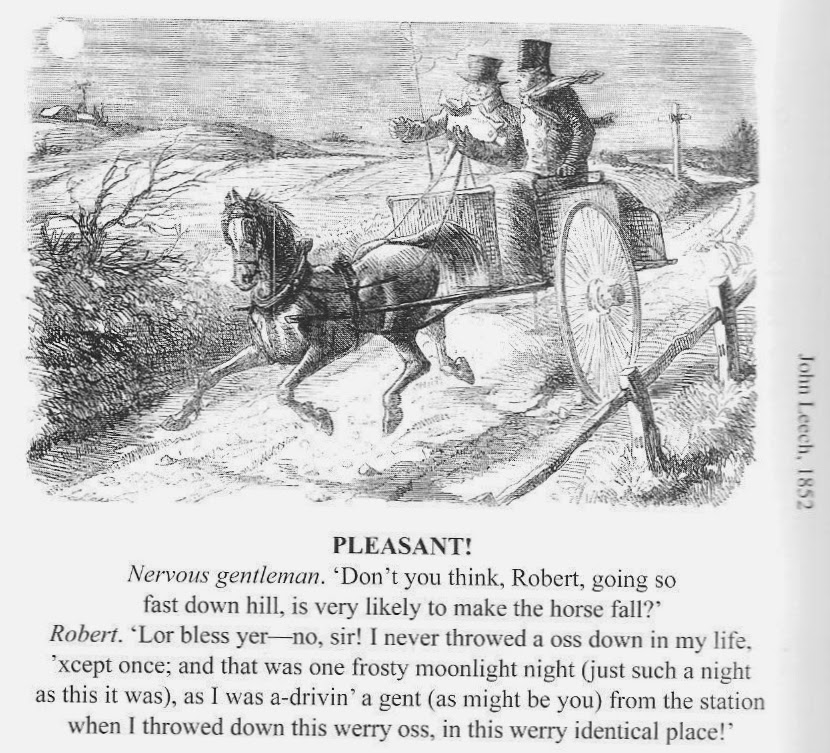 In Manga, there's the benefit of having vertical text, which allows for more room, and also allows more general freedom of sound refraction.  Usually, the word balloons are put right besides the characters, sometimes in dual balloons surrounding them from both sides in stereo fashion.   Another added bonus is that sometimes the outlines of the character's bodies can be slightly transparent, so there's not as much detail lost when blocking certain features. 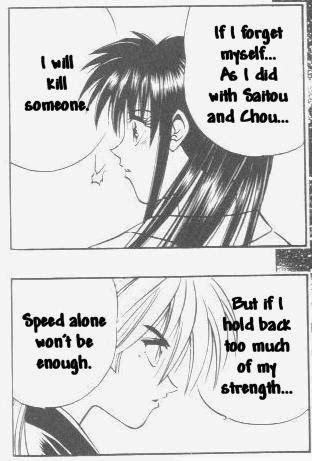 Another concept is to do away with balloons themselves and just have the barest outlines visible, much in the same way as Doonsbury or Feiffer comics.  A similar tack is to have a page of black panels interposed with expositionary internal monologue in place of showcasing various headshot perspectives or views of buildings.  This practice is so prevalent in Josei comics that there was a page in the 4th volume of Tokyopop's Your & My Secret that was printed with no artwork showing - just the text - and no one seemed to notice. One of the most troubling aspects of a page loaded with dialogue is that there can be some general confusion about which side is talking.  This can be offset by the person's body language and the general surroundings.
In some cases, you're fortunate if the order they speak doesn't really matter. 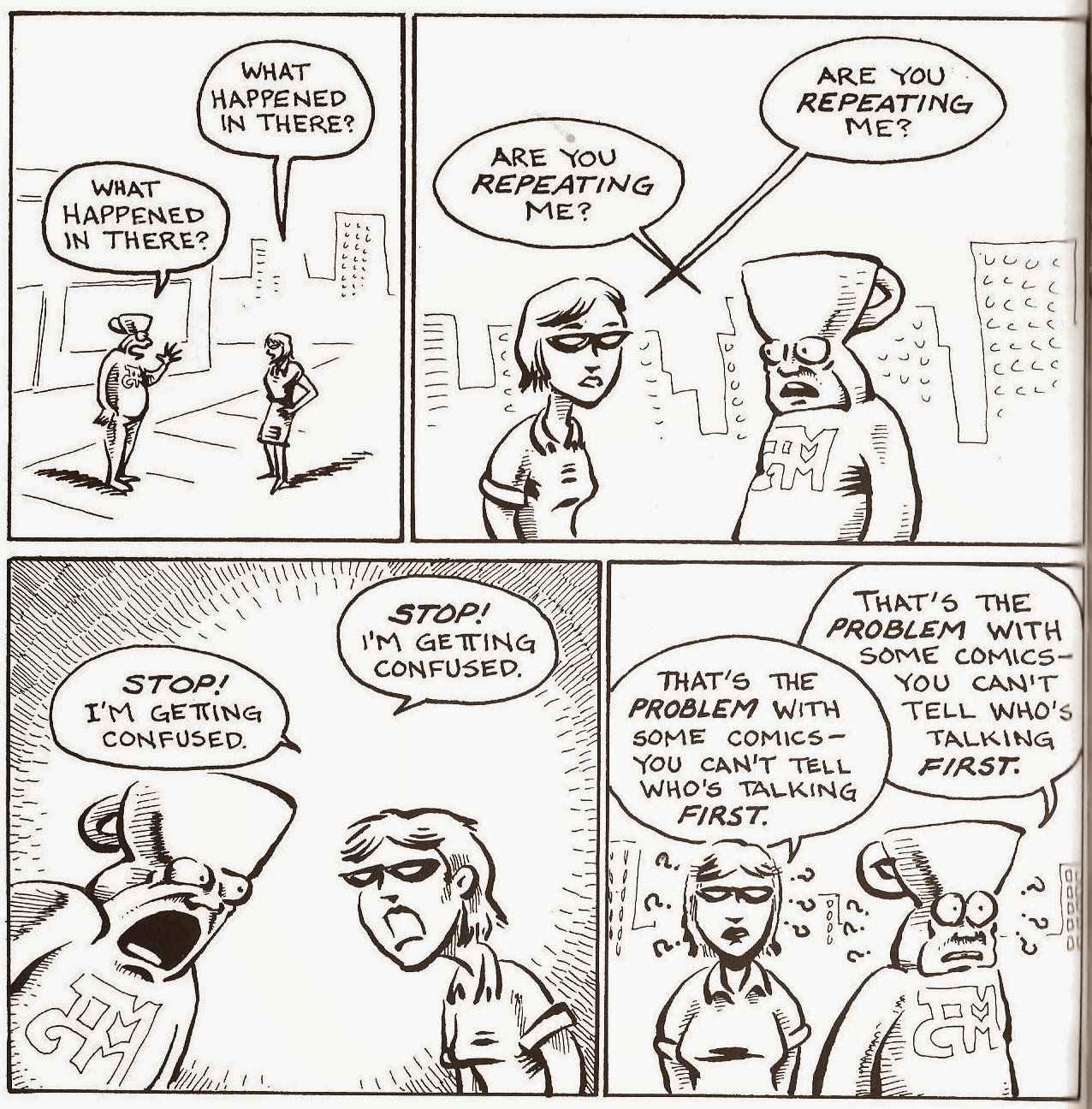 Normally, when balloons are sandwiched between panels, it's so the character above or below is speaking. Very rarely are they used for the same person talking at two different phases of time. 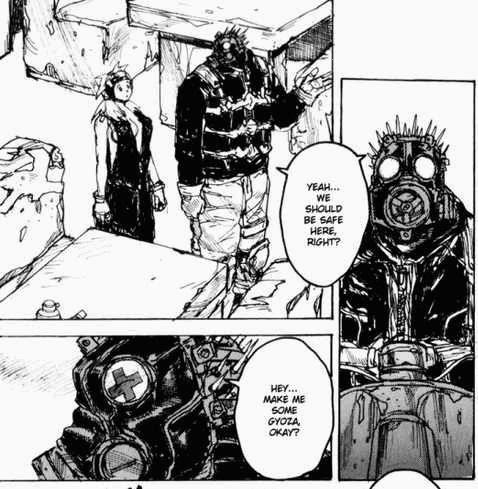 But using the panel space divers (gutters) isn't the only way to make use of blank space that could be put to better use.  In Orbital, we got an innovative way to have a character talk to someone across them without having the balloon tail intruding across the scene - just use the comic "gutters" as a shortcut.

It all comes down to what is considered more important in the story - what the characters look like, or what they're saying?  To a writer, the aspect of getting details across the board right is considered essential, and it would look like lazing off if they put more time in describing a scene than on the character interactions, hence the need for extra words in order to show their work.  But to an artist, their ability lies in getting the story across, even without any dialogue.  (This usually gets shoehorned into the realm of hitting people, which while quite exciting, is violently limited)

This is further compounded by the added challenge of mentally rearranging the characters in all kinds of positions and camera angles in order to configure the best "capture" moment that'll leave enough room for text that won't seem intrusive.  For most, this prospect can seem an intimidating task, and is usually regulated to the staypoint of above their heads, since that's easiest.  But it shouldn't be the only dependent safety method.  Rigorously sticking to the 180-degree rule doesn't always mean shifting the camera so that everybody is facing front.  Use your imagination to find innovative ways for your characters to talk. 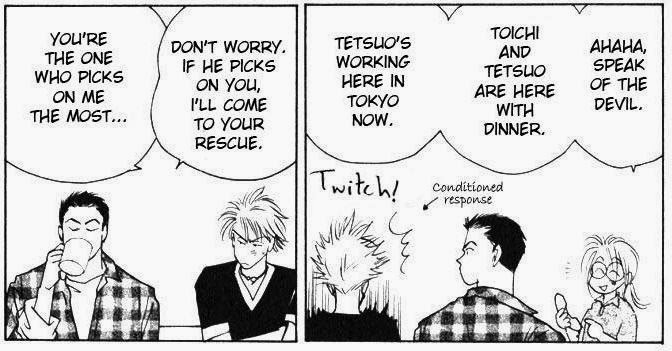