For and Against Cartoon Violence


On Sunday's Baby Blues, the father lamented how today's educational cartoons had been
sanitized to the point of pablum. 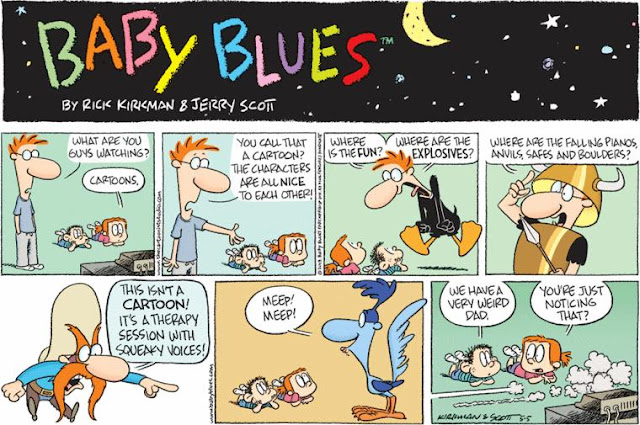 Interesting thing is, a generation ago, Adam was arguing against how violent cartoons were getting.  Keep in mind that this was long before Anime started becoming popular and before DragonBall Z entered the fray. 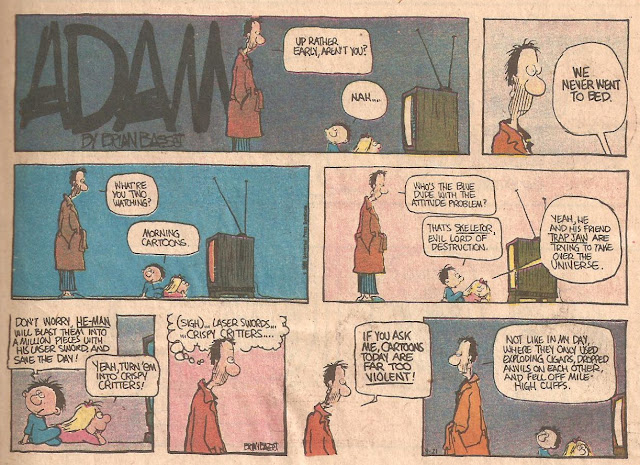 Nowadays, the violence in a typical He-Man cartoon would be considered simply laughable, and not in a good way.  At least, that's what I've heard, since I've never seen a single merchandised cartoon that was captioned, which is neglecting a sizable portion of their intended audience.  Even now with the DVD, they haven't bothered to release those licensable characters with subtitles.  This is also lamentable for the Rocky & Bullwinkle cartoons, which are remarkable for their humour-laden scripts, and the only reason I even know about their genius is due to a VHS tape collection that WAS close-captioned.  Sadly, the quality was uneven in the copies I borrowed from the Video Stores, and I wouldn't be able to tell whether a tape would have every second sentence blonked out, reducing my enjoyment factor by 80%.  Not to mention I was too lazy and cheap to go back to the store and complain and get a discount or refund.  (Rant over) 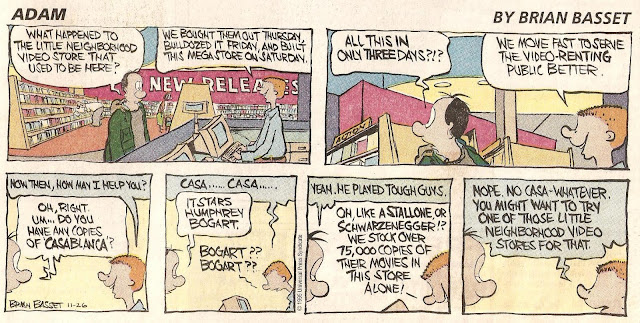 In both instances, both big-nosed fathers preferred the current cartoons to the classic Warner Bros. shorts of yesteryear.  Even across a generation gap, some tastes don't change.