The apprehension of the remaining suspect of the Boston Marathon Massacre bombers means the public can rest a little easy now.  Whether domestic or foreign, their underlying message by putting their explosives at the end of the race was plainly clear: strive hard to accomplish your goal and you will be punished for your efforts.  Obviously, the fact that racers are continuing to do their jogging regardless of the risks means that their intended threat failed to do the job.  The fact that there hasn't been a terrorist attack in America in a little over a decade is quite an accomplishment in itself.

However, their intimidation tactics has had adverse effects elsewhere.  My Dad went to a busy intersection of the Fairview shopping mall to have his windshield fixed.  It was a minor repair which would've normally taken half an hour that became a harrowing experience that took much longer than expected.  He dropped his car off at the garage when he was stalled with what looked like an consecutive attack or copycat crime.  There was a suspicious package near the shopping mall where he was located, which necessitated some dispersion and crowd control in order to prevent a panic and reduce unintended harm.  This was a busy intersection nearby a bus terminal with loads of people moving in and out all the time.  Not to mention the package was next to the fuel pumps, so if there was ever a potential target for massive damage, it would be a primal place to strike. 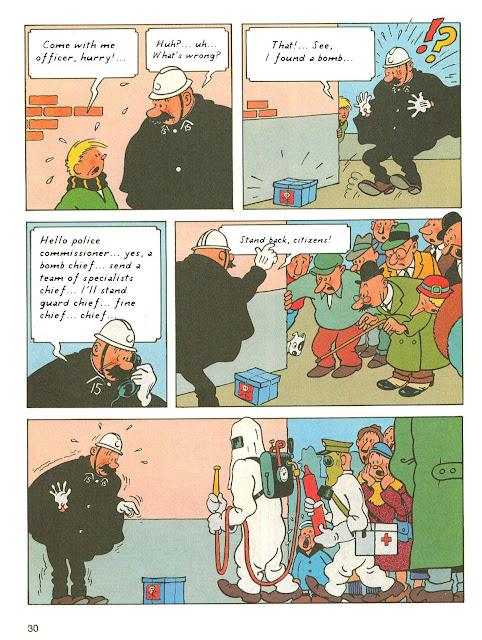 It was just his bad luck that his car just happened to be inside the blast range.  If there was any consolation, other clients who'd had their cars repaired couldn't take their fancy vehicles out because of the risks involved.  If he'd gone earlier that day, or went yesterday to pick up the parts, he could've come back easily, no problem.  It was just incredibly bad timing that he happened to choose that particular time to be there.  The bomb squad approached the offending item, sending their robot defusing device ahead expecting the worst... 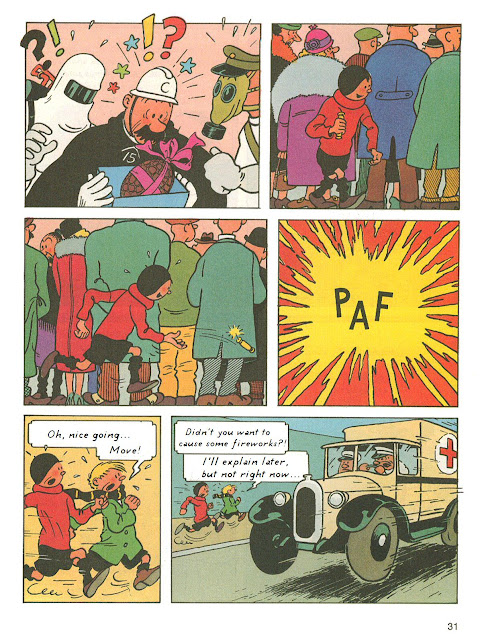 My dad is something of an overly cautious man, always warning me in a patronizing voice to "Beeee CAREFUL" for anything, no matter how mundane.  Whether it's carrying all the groceries from the car in one trip or leaving fragile silverware near the edge of the counter, there's never a moment where he disapproves of my time-saving tactics.  His philosophy clashes with mine because he also has a habit of always taking more than enough time in order to figure out the best way to tackle a project, or get ready to leave somewhere.  I've always found it much faster (and sanity-saving) if I just went ahead and did these requests myself instead of waiting for him to do it.  So it's a little bit of Schadenfreude that he managed to get a small taste of what I'd've had to cope from the man himself.

But this wasn't the only incident that affected my family.  My brother-in-law was also stalled at the Lionel-Groulx metro because of an unattended thermos found there.  He always drove there so he could park his car, making it easy to go to work.  But he couldn't even get to his regular parking spot because traffic was ensnared to a crawl.  To make matters worse, he couldn't even go out and take the metro because the metro station was likewise under threat and closed to the public.  My sister also faced a similar hurdle and was forced to take the scenic route bus to go to work.  Pretty much everybody got to experience Rush hour traffic before the day had even started, making everybody late until the offending object was taken care of and reduced from potential threat to false alarm.  It may have turned out to be nothing, but it still struck a little too close to home. 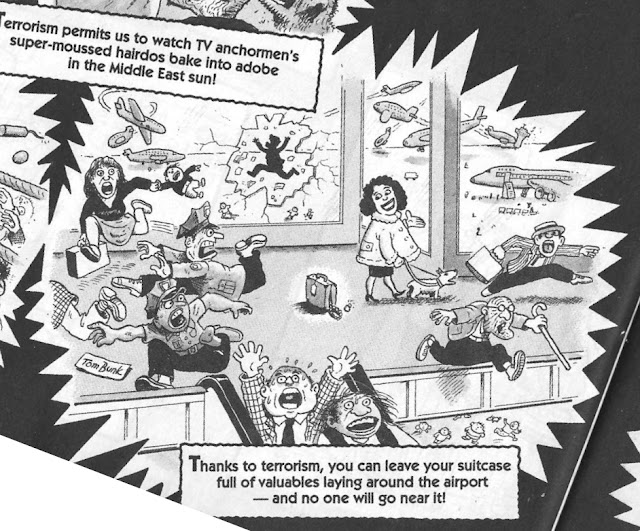 Yet despite these scary setbacks, joggers haven't been deterred from these unsettling developments.  The London Marathon is still underway, which is understandable given their resolve.  When London suffered the 7/7 Subway bombing, the terrorists must've been aggravated when the citizens went back to their normal way of life with nary much cause for complaint.  A few days after, they aired an old movie that seemed to have relevant correlations with current events - Terry Gilliam's Brazil.  Especially since the opening scene started off with a senseless bombing. 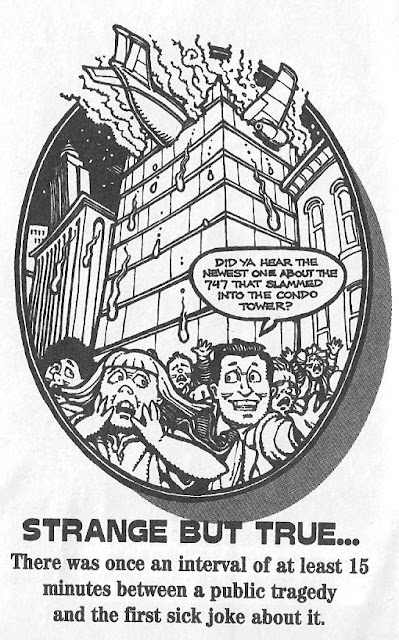 While it would be considered bad taste to take advantage of horrific accidents before the public has taken time to even absorb what's just happened, research has shown that reliving traumatic events can actually be reassuring rather than repressing those memories by pretending they didn't happen.  Traumatized kids cope with their trauma by drawing pictures of horrific scenes in an effort to better understand what they've gone through.  They're not doing it to get attention or be shocking - they're trying to rationalize the events in their heads until it makes sense.

When the Twin Towers fell, all footage from movies and TV shows that implied damage done to buildings (like The Lone gunman or The Simpsons) were taken off the air so they wouldn't offend otherwise sensitive viewers.  It's hard to imagine, but the day-long thriller show 24 almost didn't happen because the opening episode focused on a mid-air plane explosion.  Fortunately, cooler heads prevailed, and it was able to release its unblemished violence in all its glory.  It was exactly the kind of show that would've appealed to the public wanting a cathartic release from the current tensions that were happening then.  Too bad the plot for continuing episodes and seasons weren't as strong in their later output for building up natural tension instead of reverting back to that old standby of "making it up as you go along", since there were quite a few stinkers along the way.


Of all the movies that's been inspired by terrorism, the ambitious commercial-free Path to 9/11 is sadly absent, solely because it dares to put Bill Clinton's lack of foresight in a negative light.  (As if only George Bush Jr. was to blame)  At the time, watching the whole thing in one sitting was a lot to take in, and I didn't bother taping, because I missed the beginning, confident that such an ambitious project would be later available on DVD where I could watch at my leisure.  But it's been just as long, and there hasn't been any detailed release date scheduled yet, even though Clinton's no longer in the riding.  The best way to deal with these things is to accept that they've happened and move on.


And yet, ever since that day, Superhero comics have become increasingly desponsive and pessimistic in the light of Government laws reflecting their new reality, when they should've been avoiding such worldviews.  When you start introducing realistic concepts in a fantasy setting, the formative structure begins to break down.  For all their attempts at making their stories Serious Business, they've forgotten that they're essentially an entertainment industry, and all their attempts at making their comic paperbacks relevant are alienating a larger audience from enjoying their properties,which are finding new life in the movie theaters than the comic page. The clumsy Spider-Man tribute nonetheless, they haven't really come to terms with what's happened on their home soil.  As far as I know, only Ex Machina has addressed the use of the Twin Towers iconic imagery, and only in an after-the-fact manner, though Jack has also noted their absence as well, in a more obvert way.

Even attempting to make light of 9/11 is basically addressing the white elephant in the room.  It's a sensitive topic no one wants to be the first to touch.  The Japanese coped with the Nuclear Bomb by implanting tons of nuclear explosions in their comics and movies.  Americans haven't really had a chance to cope with their loss of the twin towers since they haven't exactly made a move to own up to their loss.  It's understandably difficult to bring up the subject without resorting to overt commentary.  But that can be chalked up to a lack of imagination, in a similar vein to the claim that flat TV screens and rectangular cellphones don't have as much personality as the old-school devices.  L from Death Note was able to enfuse plenty of personality through his delicate use of holding phones with just his fingertips alone.  There can be just as much emphasis on snapping a cellphone close as there is for slamming a phone receiver down. 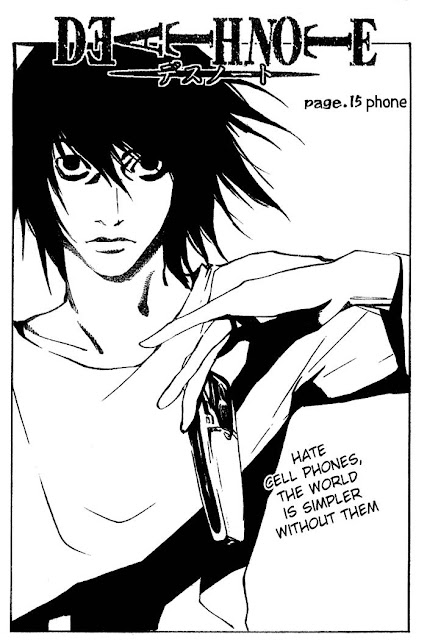 To get past the hurdle of an outside plane flying into a building, why not have a plane crash into a buildingside from the inside?  (We're talking about a very large building here, where you'd need taxis just to be able to reach the next isle) That's what I mean when I'm talking about lack of imagination.

To push this story idea further, the citizens would be living their peaceful lives day-to-day inside what would amount to a biospherical dome with nary a concern for their lives until their world is rocked from an unexpected accident (whether by sabotage or design) that causes a crack to appear in their unobtrusive world.  The resulting panic and chaos of the accident would break them out of their indifference and make them more aware that there's a bigger world out there.  How they react to the news that everybody outside their sheltered zone is already painfully aware of is the driving force behind potential ideas that'll happen later on.  At their most basic, all stories are essentially metaphors.

That's how to hurt their cause - by undermining their efforts, and terrorists hate being laughed at, when they want to be taken seriously.  After all, if you can't laugh at your own misfortunes, what's the point of living?
Posted by DeBT at 8:32 PM