Not a hoax.  Not a joke.  Not an imaginary story.  On April 1st, it's generally a tradition to present fake news and events on otherwise reputable media newssites.  Some are worthy enough of being mentioned in the papers the next day, outlining which ones were big enough to fool a large amount of people a high proportion of the time. 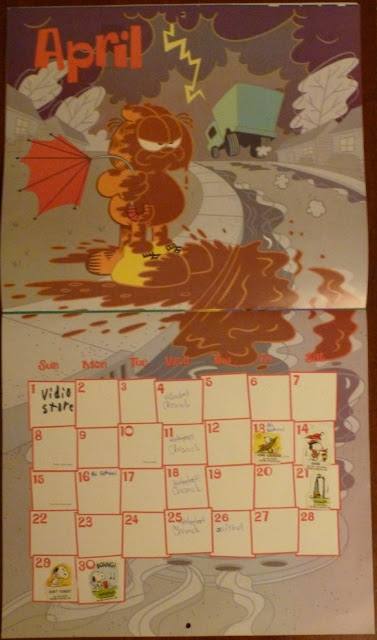 As a result, audiences can become jaded with these kind of media stunts.  There's only so many times the same trick can be played before the theme grows tiresome.  Which means that marketers have to devise even cleverer schemes to get noticed.
Then there's the typical gossip headlines that make you do a double-take and grab your attention and don't let go.  These differ from the typical tabloid headlines in that they sound so unlikely they must be made up.  Then you do some digging, and find out that it actually is true. 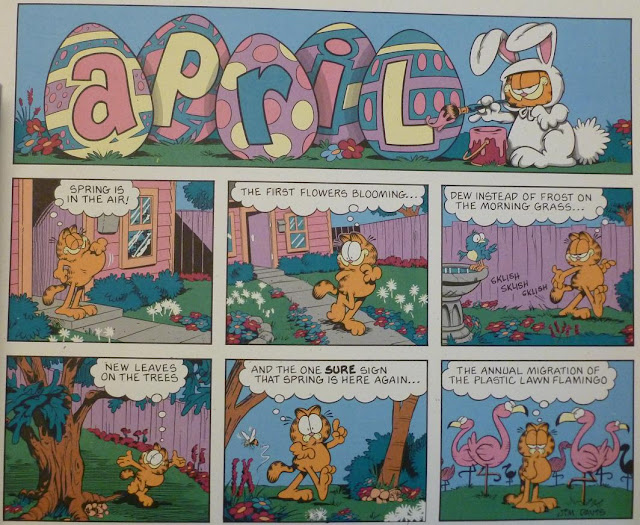 The only way to counter these surprises is to take all expected news with a grain of salt.  For some of us, every day is April Fool's Day.  But you don't have to worry about me resorting to such deliberate tactics.  I'm a big believer of honesty, since it's easier to tell the truth than to constantly think up plausible lies on a regular basis.  I may whitewash the truth, tell little white lies, don't tell the whole truth, pay trite compliments I don't believe in, say a project's done when it'll actually be done later, but I cannot outright tell a deliberate lie.

I'm always amazed at people who are pathologically capable of twisting the truth in order to make themselves look better than they really are.  It turns out that the reciprocal is true - while there are honest souls out there who break down at the thought of telling a lie, there are dysfunctional families who've grown up in a society where telling the truth only leads to harsh reprisals, and consequentially, learn that lying is better than the alternative, so when it comes to telling things that actually happened, they experience internal pains.  This background is necessary in understanding how veteran police investigators catch their suspects in an untruth they've built for themselves.

In closing, the background for this month's party seems to be a possible outtake for the abandoned Judgement Day movie.  While there's potential interest in doing a Simpsonized version of Akira, there's not much inspiration for doing an extended comic version of Judgement day.  Creating one would mean drawing more Garfields as well as additional people in the extended cast that's only hinted at in the 30-page book.  Part of the problem is that while remaking a beloved cult franchise in another art style is doable, adding new elements to a skeleton script with limited mass appeal is somewhat more difficult.  I've had several fleshed-out ideas with a fellow SRoMG contributor, but apart from a few remixed comic images, nothing's really taken fruit.  Still, if there are any aspiring artists out there who'd be interested, let me know. 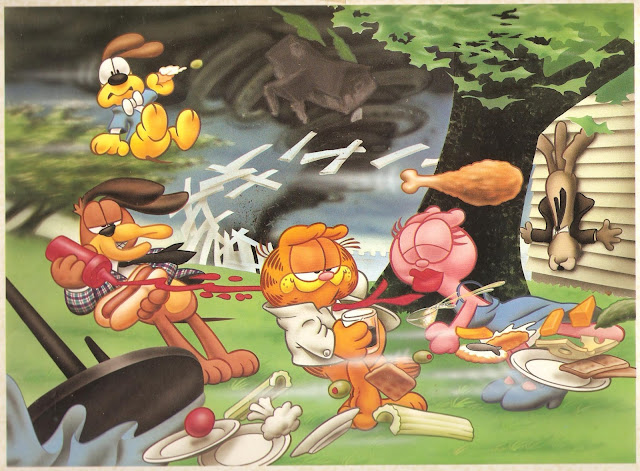 If your neighbors didn't write you off as a full-goose-looney after the Winter Defiance Party, try dressing up and having a semi-formal lawn party during a driving rainstorm!  This is the only time you may have to call a party off because of good weather.
Posted by DeBT at 1:38 PM