Well, This is Embarrassing


I originally meant to update this blog the day after the so-called Mayan Apocalypse came and went without incident.

Unfortunately, I received some unwelcome news about a sudden change in my work schedule, which means that there’s less of a chance that I might be able to update my blog twice a week.  The Mayans were right - it was the end of MY world.  I was so upset that I’ve developed a sudden loss of appetite, and lost six pounds, which is quite helpful around the holiday season and plenty of temptation abound.  I’ve spent the last four days sick with worry about the new year, and could only relieve the pain in my stomach by pressing against a hard object.  Ironically enough, the one object that matched my specifications turned out to be a medical book of symptoms. 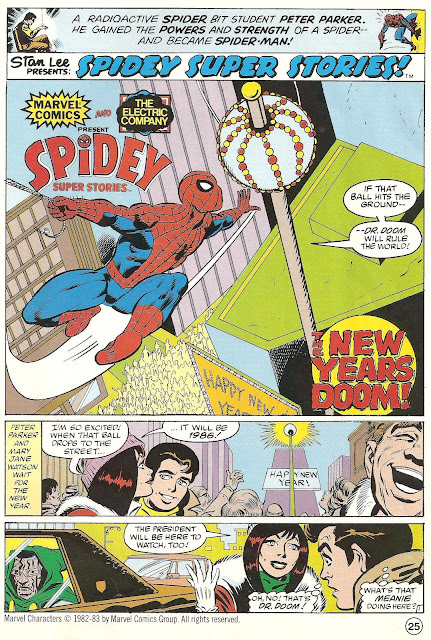 In order to make up for lost time, I’ve been cramming as much as I can accomplish in the two weeks of free time I’ve got left.  All the side projects and notes I’ve left lying around, all the newspaper articles I meant to file away, all the VHS tapes I meant to transfer to DVD but never got around to, all the remixed Garfield comics I had in mind that were pretty time-consuming.  So far, the notes are the most problematic, because there are so many of them, and they're spread out between multiple word documents and folders, without any sort of proper organization, and that's not counting the dozens of scraps I haven't entered yet.  In a way, this recent scare is a great motivator, though I would be reluctant to admit it.  I need some kind of structure if I’m ever going to do anything. 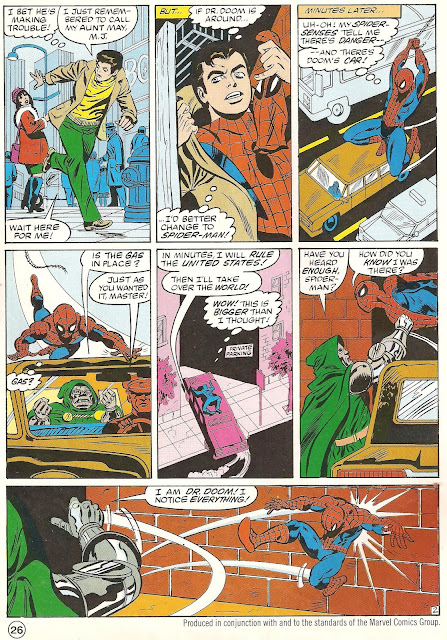 And yet, despite everything I’ve accomplished and put off since then, I feel that I haven’t done much of anything.  All I see are the stuff I haven’t done, which has been on the backburner for longer than I intended.  Too often, I kept procrastinating feeling that I would get around to it “when I felt like it”.  Now I'm finding that a recent ZenPencils comic is much more relevant than I thought it would be.  Perhaps after years of taking it easy and getting back to a routine, I'll be able to concentrate more on my story concepts.  I operate best under total deadline pressure.  If that's true, don't expect this blog to be updated as much as often. 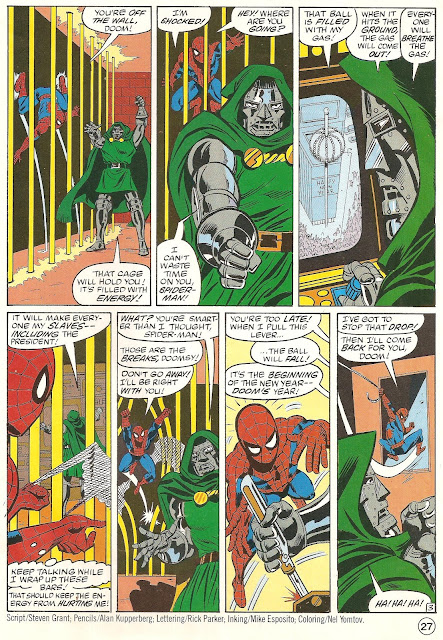 Sorry for a rather dour outlook on Christmas Eve, but this was the only way to present this news.  Originally,  I wanted to point out that dreading the future is nothing new with these pages from Electric Company, where Spider-Man faces Dr. DOOM yet again.  Sometimes it feels like Dr. DOOM fights Spider-Man more often than the Fantastic Four, even though they're his primary focus.  So, after Dr. DOOM threatens the innocent bystanders he was plotting to infect anyways, just so he can make his escape and gloat, Spider-Man rushes to the scene as fast as he can in the vain hope that he might be able to stop the ball before it drops down and delay the upcoming year from arriving ahead of schedule.  Will he get there on time?  Can he make it??? 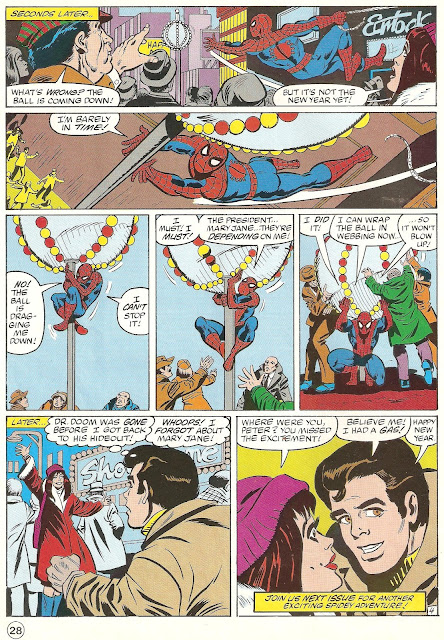 Don't be ridiculous, he's Spider-Man.  Of course he makes it.  Or rather, the Spider-Man of yore who used to go out with Mary Jane and had a wider supporting cast that wasn't composed of S-heroes, and a moral code that never shook from its foundation.  Frankly, with the recent editorial staff in charge, the current stories are so dismally removed from the core subject that I no longer even bother reading new stories about him, and only keep my eyes peeled for criticisms aimed at showing what the producers do wrong.  In my mind's eye, Dr. Octopus was more the definitive villain than the overhyped Green Goblin, but I didn't want the tentacled scientist back like this.  Seriously, if you're a fan, you're better off not knowing. 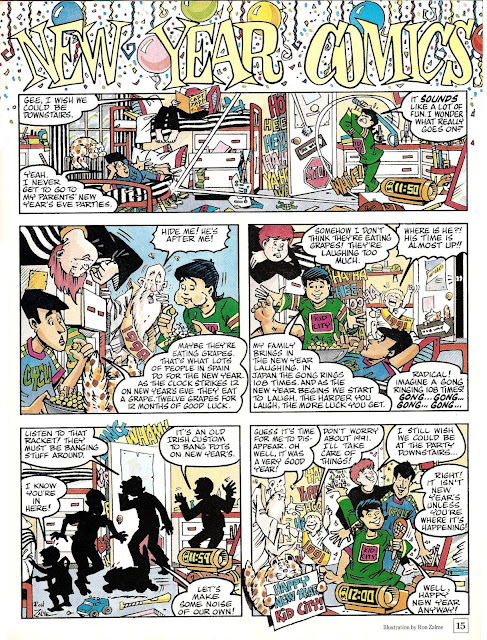