Into Each Canadian Life, Some Snow Must Fall


Last week, I reacted with abject horror when I saw some fluffy snowflakes fluttering down towards the ground.  As a kid, I used to fervently hope that it would snow large and hard enough for it to close the schools and get the chance to stay home.  Now that I'm older and more immature, I no longer approach with abject glee the white precipitation.  After all, having plenty of the stuff around means that there's more obstacles to get through in the morning.  I have to time things exactly so that I'll have enough time to put all my coat and boots on in order to catch the bus on time.  And having plenty of the stuff on the ground means that I'll run the risk of either mushing my way through heavy snowbanks in time to see my vehicle zoom past without me, or wait several valuable minutes in the blowing cold for my ride to come.  The worst offenders are drivers who refuse to prepare their snow tires for incoming traffic, and wind up being the cause of a large majority of traffic jams, which is another minus in my book, because it means that it'll take me longer to get home again.

Even though the flurries melted the next day, I took no solace or relief from this relief period, seeing it as a brief intermission before the main event.  Sure enough, last night a sudden snowstorm was plopped right on our front step.  Whenever I see the slightest hint of frost on the ground, I react in the same way that Cathy does here when she sees a single scrap of paper left in her office:

That single piece of paper is just the scout.  Once they see it's all clear, the rest are sure to soon follow.
By association, I react the same way when I see "cotton" floating downwards from from Poplar trees.  The fact that I happen to suffer from ragweed hay fever might have something to do with it, or those memories of the psychedelic reaction Yoshi got from those Fuzzies.  Either way, I strive to avoid the white stuff, the soft stuff AND the hardcore stuff.

I've posted this before, but figured it was relevant enough to show it again at a larger format.

And yet, Canadians are ALWAYS surprised when they see snow on the ground, as if it were some completely new foreign object that never existed before, despite our overall familiarity with the weather.  It's as if Summer has melted our brains to the point where we're in a state of perpetual denial that we can't believe that it's getting colder again.  Some stubborn people even go so far as to continue dressing up in shirts and Khakis up to the actual Winter Solstice in December 21 when winter OFFICIALLY starts, despite all weather conditions go to the contrary. 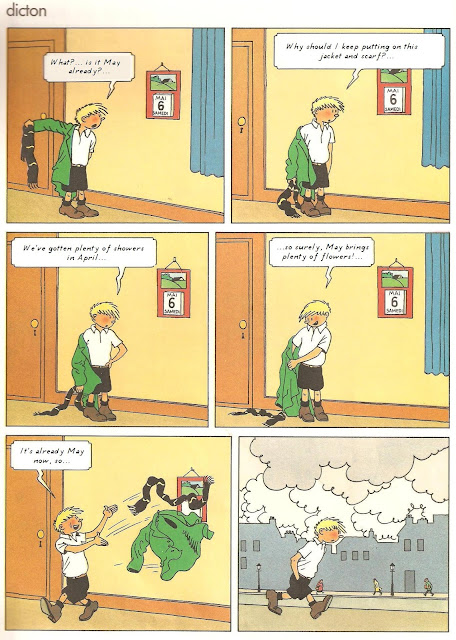 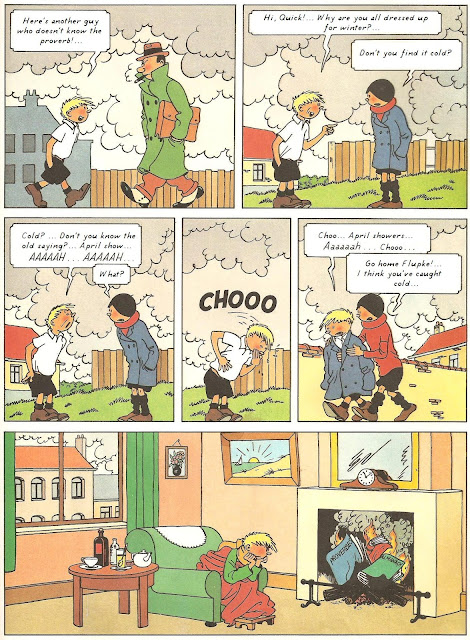 There's a kind of inherent fear that the continuous warmer weather is causing Canadians to become more blaise about the upcoming cold, and we're losing that particular element of ruggedness that's made us somewhat unique.  Sure, other places near the equator are warmer, but they're not subject to the sudden climate change that Canadians brace themselves for.  It's the constantly preparing ourselves for changing weather that makes us distinctive, compared to other places where there are natural disasters that occur once in awhile during relatively mild weather. 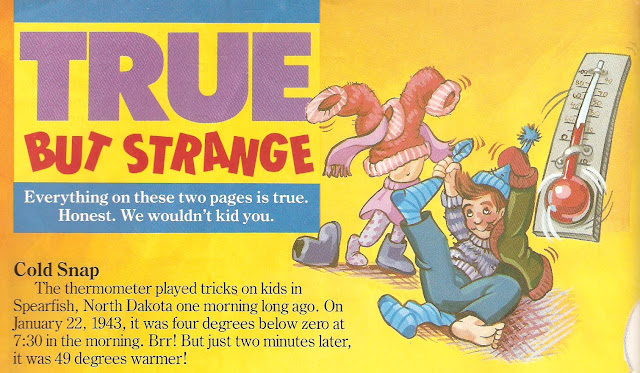 That's probably putting the levels of hurricanes, tidal waves and earthquakes on a unfairly unequal equivalence to snowstorms, but the comparison still lingers, because there are veterans who take the upcoming news as the "same old stuff again", and expect it won't be as bad as the media plays it up; the whole thing'll blow over, and when the event actually does come, they're caught unaware by the sudden intensity of the disaster.  So far, the closest equivalent to a disastrous snowstorm was the epic Ice Storm of 1997, a freak incident of freezing rain that left 10 centimeter blocks of ice on the ground and frozen tree branches and blackouts on a provincial level.  That freak accident was only made possible thanks to a perfect storm of conflicting environmental factors, which, thanks to Global Warming, looks like it has a fair chance of happening again.  There's already talk of re-freezing the arctic north in order to preserve the polar caps (and Polar Bears) by releasing high concentrations of Carbon Dioxide around that area for the low low cost of $8 Billion dollars.