In politics, parties are generally divided between the left and the right, better known as the Liberals and the Conservatives.  In the past, the Conservatives were more progressive in bringing about change, such as ending slavery, but recently, their roles have flipped with the Liberals appealing to minorities while Conservatives have gotten their financing from corporations.  The ironic thing is, they have more in common with each other than they think, and oftentimes, they'll oppose new laws and bills only because they didn't think of it first. 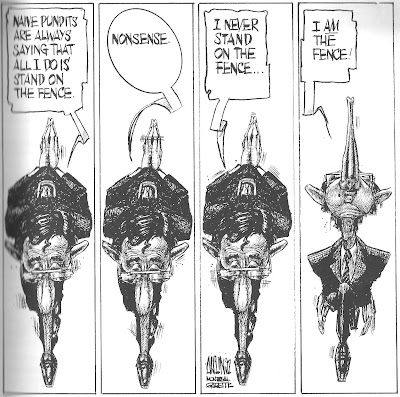 In Canada, our political system is slightly more different.  We've got at least FIVE different parties each vying for attention, though it's more likely to be divided into three main philosophies and differing agendas that keeps changing with the times.  After being under the Liberals for almost a decade, it's been somewhat of a shock to be back under a Conservative government, even as we're loath to admit that Stephen Harper is damned efficient at keeping his party under control.  The Liberals have been floundering ever since Jean Chretien left, leaving a subsequent line of weak successors, each replacement lamer than the last.  Only the NDP with their resounding surprise success have managed to rival the Conservatives in number. 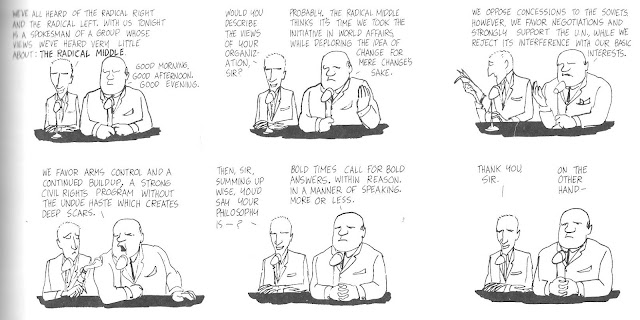 Where most political parties start to fall apart is when they start being ultra-devoted to the themes of their party line without considering the implications of such harsh outlines.  Ultimately, party members being in the political game inevitably start leaning towards one side or the other.  Considering that political party lines keep changing goalposts depending on the values of the ages, it should come as no surprise that there's new demand for a new political party - The Radical Middle.

When your platform suddenly finds itself upon shaky ground, you're liable to be at the ire of people wanting a more progressive mindset or upsetting faithful voters at changing your mind.  One day it's perfectly acceptable to beat your child within an inch of your life.  The next day, you can't even risk slightly spanking your rebellious kid without being under the scrutiny of child protection groups.  Sooner or later, we're going to be finding one or both of these concepts reprehensible and outmoded someday.  Why beat around the bush? 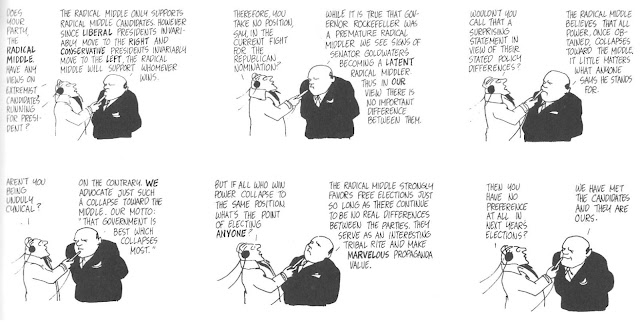 Their entire platform is based on the illusion of change, where all progress is reduced into a perpetual treadmill.  New bells and whistles are added every year or so, but ultimately, we're still moving forward while running in place.  So, take a stand right in the middle!  It's where everybody winds up sooner or later.  If you really want to.  No pressure there. 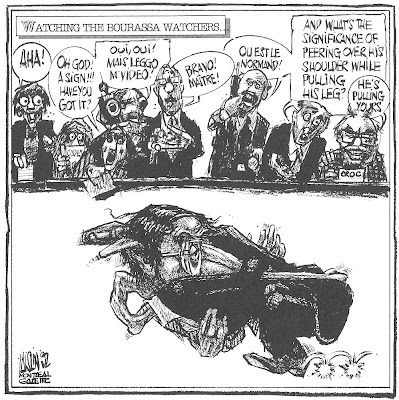