A Gift from Orbit 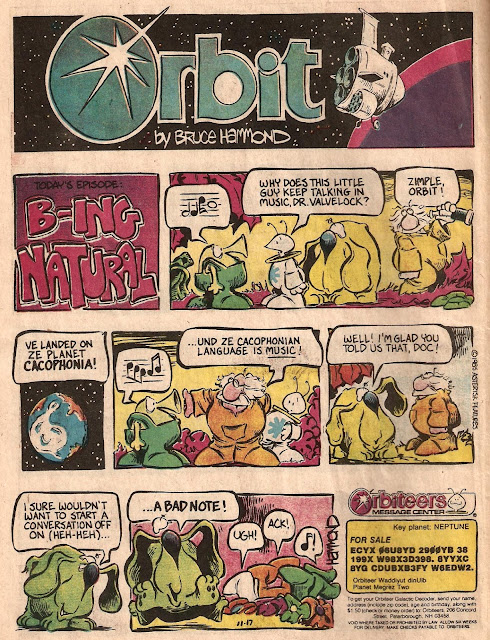 It occurs to me that I haven't exactly done much promotion of some of the comics projects that I've been espousing lately.  Truth be told, I'd been holding back on these comics simply because I wanted to keep them on my backburner backlog whenever I didn't have enough other stuff to update my blog with.  These little updates seemed a little too easy, and thus, didn't warrant as much attention as some of the other stuff I paid attention to, which can change on the spur of the moment. 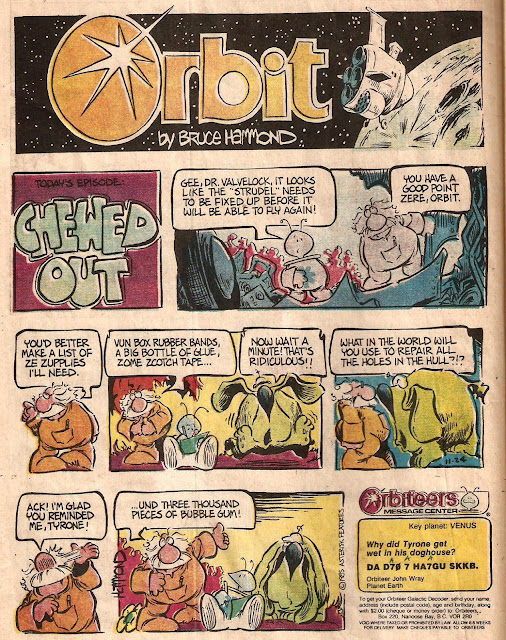 However, despite the allure of easy available material, the real hurdle in these so-called "leisure posts" is trying to find something amusing or relevant to every single comic and in between.  The quality of the contents of my writing can be gauged by just how much effort I spend blindly writing for something sight unseen without any added visuals, since the accompanying comic may make my point more succinctly and more emphatically than any rambling stream of consciousness.  In these instances, a picture literally speaks a thousand words. 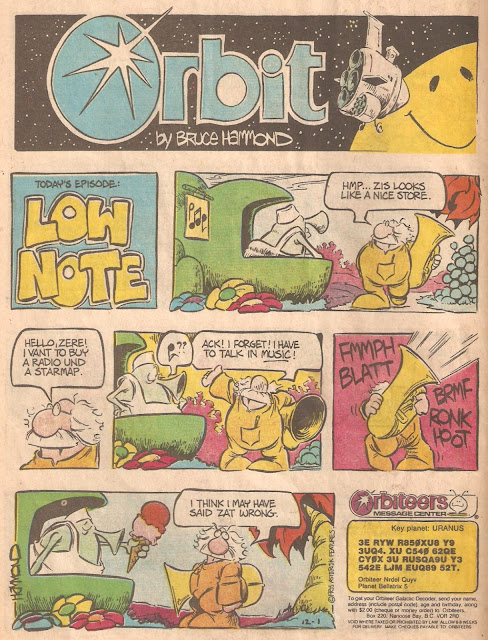 It also doesn't help that my attention span is divided between multiple projects, both personal and external, each vying for a specific amount of time that, depending on my apprehension or mood, stand little chance of getting finished, unless they're extremely urgent.  Reading dozens of Cracked articles has ruined any attempt to create meaningful analysis that isn't ultimately reduced to four-sentence sound bites. 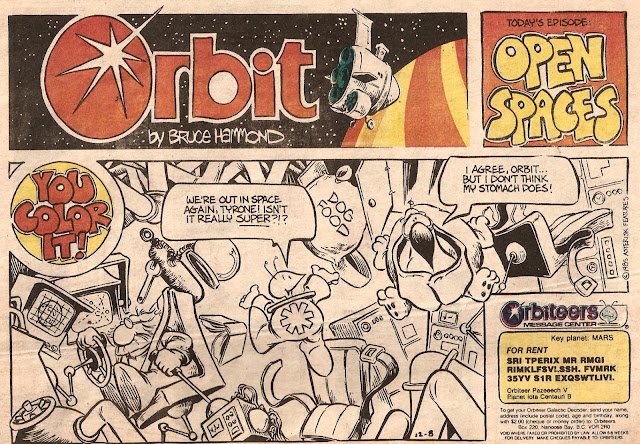 So as an apology of sorts, here's a continuation of the mini-fan following; the Orbit Project.  These Sunday comics continue off from where we last left off, with the shoeshine alien boy being lost in the vast realms of space after meeting Dr. Valvelock and his untrusty dog Tyrone.  The following comics finish off the remainder of 1985.  Expect to see some more of 1986 next year; though despite the Orbit Project's enthusiasm, there doesn't seem to be any archived samples of 1987. 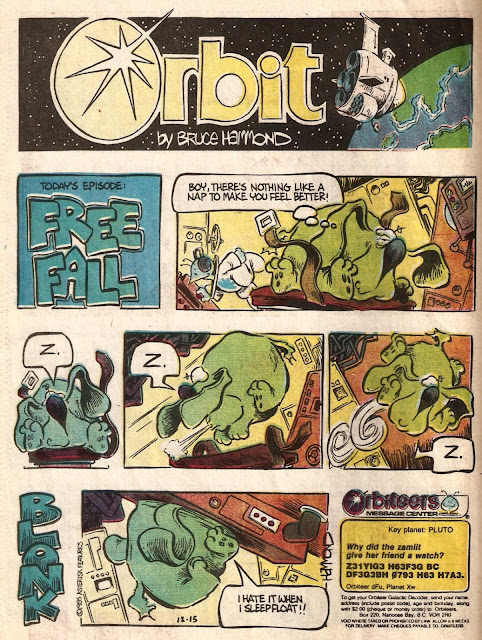 With the restructuring of blogspot.com, images can now appear larger than usual, without the need to click on the picture to read the comic.  Of course, this only applies to the last month or so.  Any comics uploaded via the old system remain in thumbnail form.  I've considered updating my past posts to take advantage of this new feature, but it's too intimidating and time-wasting to contemplate doing. 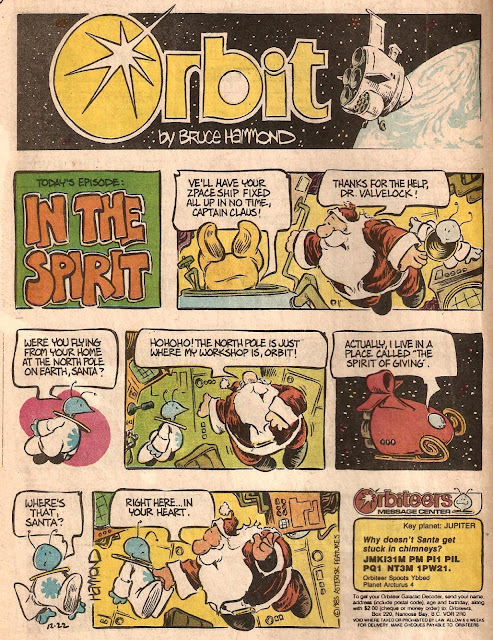 It may still be November, but that still hasn't stopped stores from already advertising Christmas decorations. So by that same logic, seeing Santa a little early to deliver an inspirational message shouldn't seem too out of place here, one month ahead of schedule. 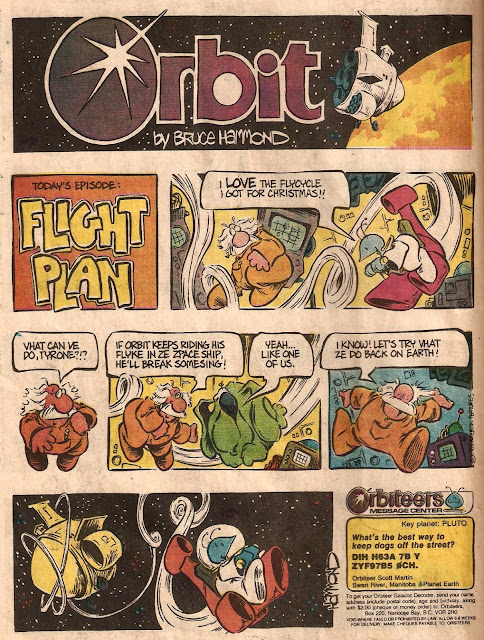