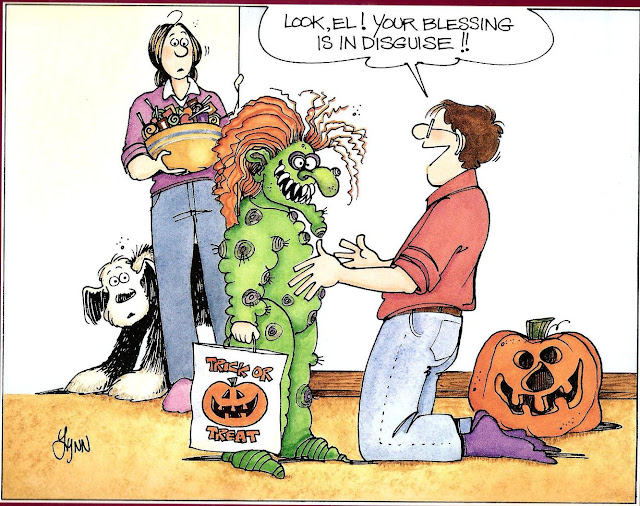 I can't believe we're already at the three-quarters mark of the year already.  I had all kinds of plans that I'd promised to get around doing, that I still haven't even completed the skeleton outline of.  At least I'm consistent in bringing up these Calendar pages up at the beginning of every month.  I probably need a more focused plan outline, or somebody to force me into doing things I don't want to so they'll get done.

The interesting thing about October is that even though Halloween only starts at the end of the month, it's the overall focus of many people's perceptions of what it's all about.  Nevermind the first 30 days, it's the last day of the month that everybody thinks of when talking about October.  All the preparation and planning is just build-up for when that day arrives.  Though nowadays, this holiday which was once in the realm of children is now being taken over by adults who just use it as another excuse to go out and dress up in provocative skimpy outfits, and another excuse for sex.  Or at least that's how some people are complaining about it. 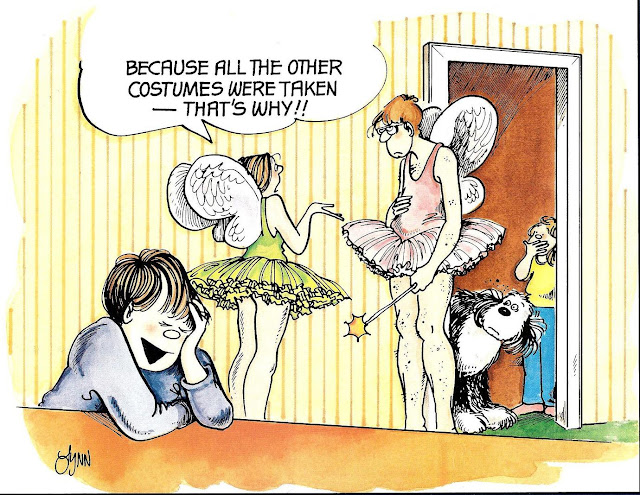 I normally leave out the extra drawing at the bottom, because they're not relevant, and are already available in the early FBOFW collections, but I'll make an exception here, because it thematically fits. 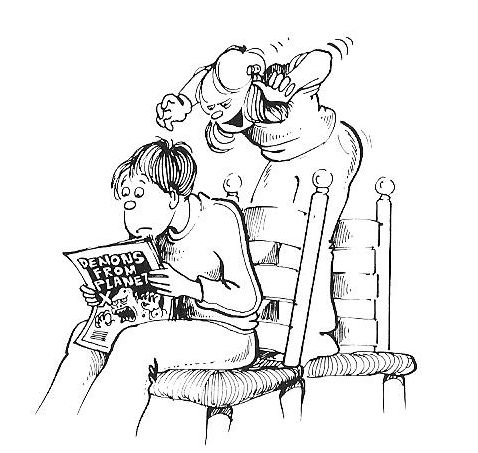 This month is noteworthy for having the most plagiarized strips out of any other month.  There's only so many Halloween jokes you can borrow before you run out of ideas. 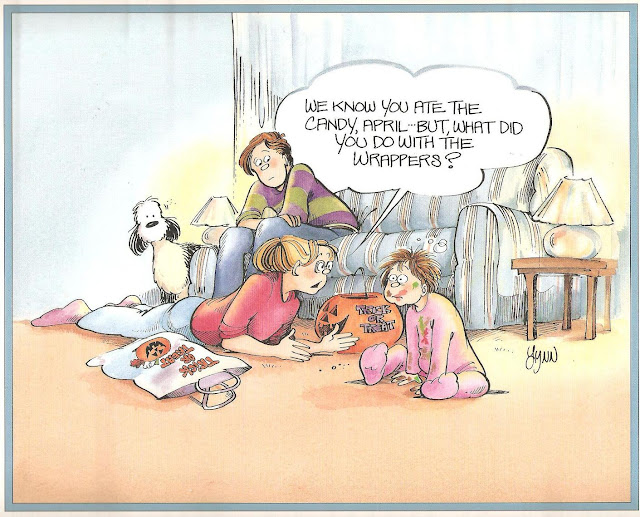 This is just another example of how April was another expy for Elizabeth.  The setup is different, but the outcome is the same. 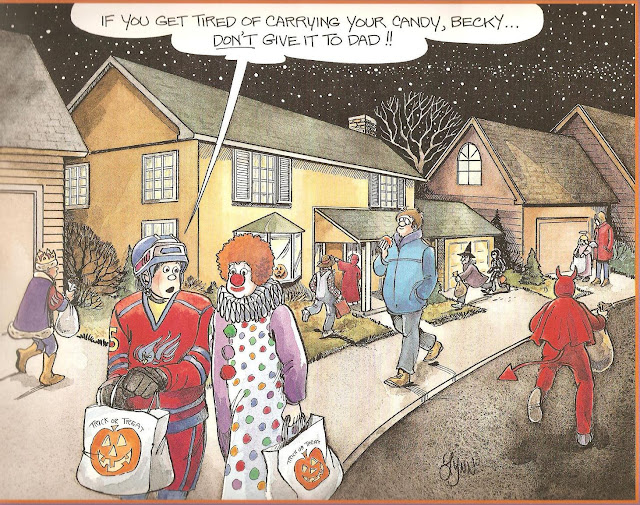 A cardinal rule of handling Halloween candy - don't trust anybody handing the sweet stuff out, and don't trust anybody in the presence of said candy alone.  (Even though there haven't been any documented proof of families poisoning children with anything but sugar)

To make up for John's embarrassment at having to wear an emasculating outfit, here's a more tasteful, (yet no less silly) more traditional costume.  Though bunny wabbits - I mean rabbits - are hardly the stuff of nightmares, unless you're Bugs Bunny. 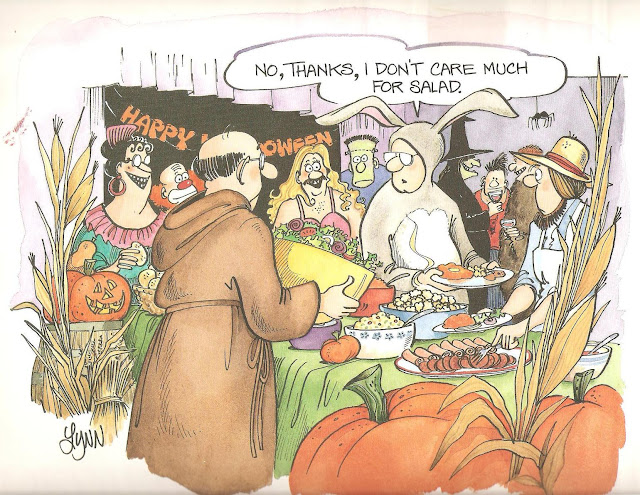 While John's quite famous for dressing up in his traditional rabbit costume (and Elly wearing the pants in her man role), this is a rather funny take on what might've happened at the costume party.  When Lynn Johnson was talking about creating new strips to "fill in the blanks", this was the kind of thing I was expecting, rather than what we actually got.
Posted by DeBT at 12:31 PM