leI've been feeling kinda lackluster creatively, and haven't found much of a topic to latch myself to, so here's some more obviously copied Wizard of Id comics. 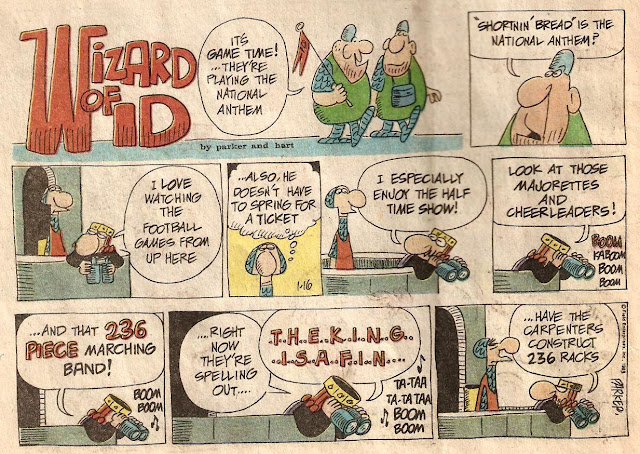 Even though the accessories and clothes from the guards in the throwaway panel are changed, there's still an obvious similarity between the two to mask any differences. 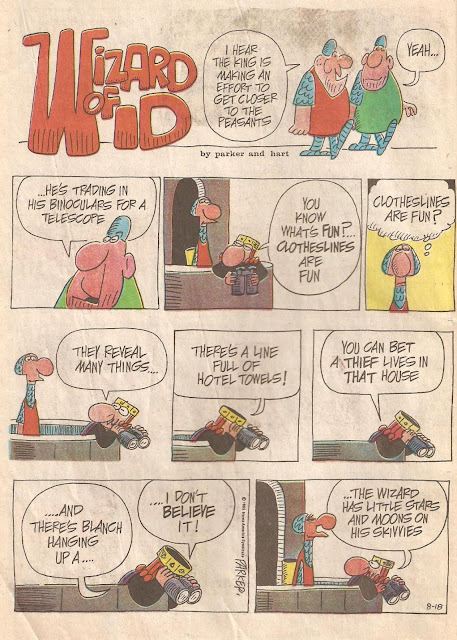 The last one is the most radically changed from the other two, but it still shows many of the similarities as before, even if the setup is similar. 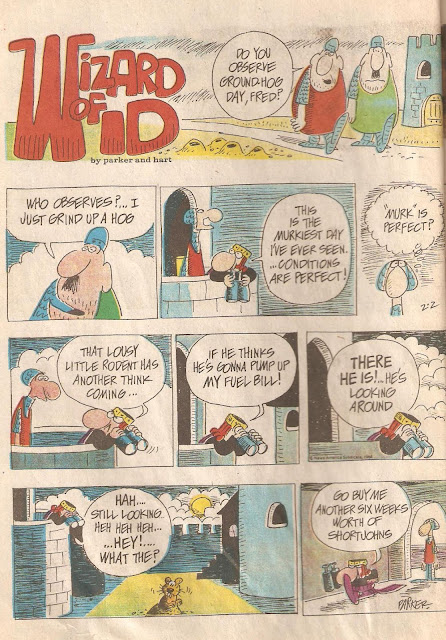 You'd think that would be the end of it, but that's not the only triple-whammy here. There's also some speeches made by the King towards his "admiring" subjects. 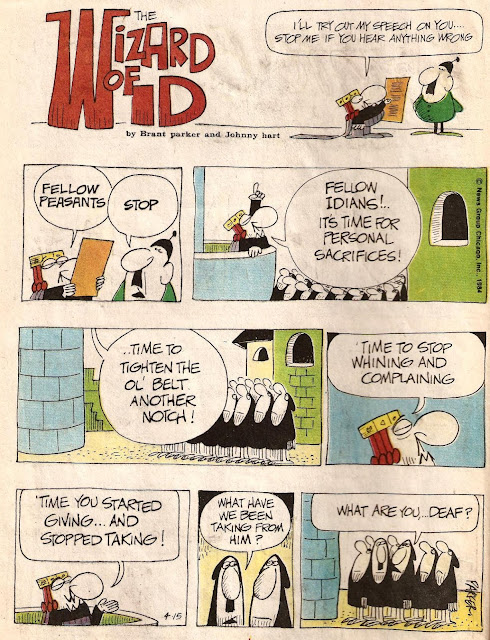 Another speech fittingly enough with some borrowed elements that we've all heard elsewhere. You'd think somebody would've made a more convincing sales pitch by now. 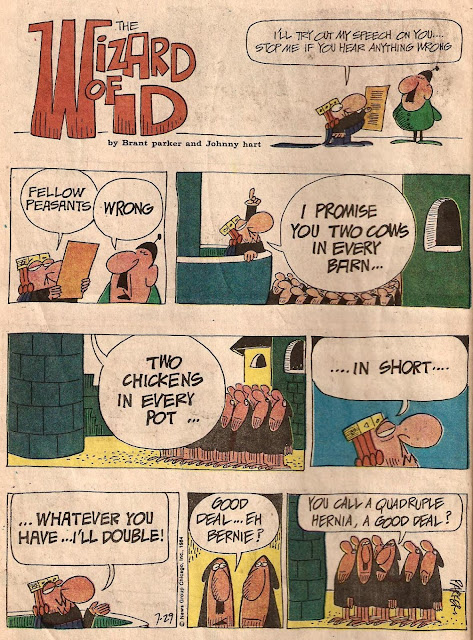 As before, there's one odd comic out of all the other. Can you tell which is not like the others by the time I finish my song? 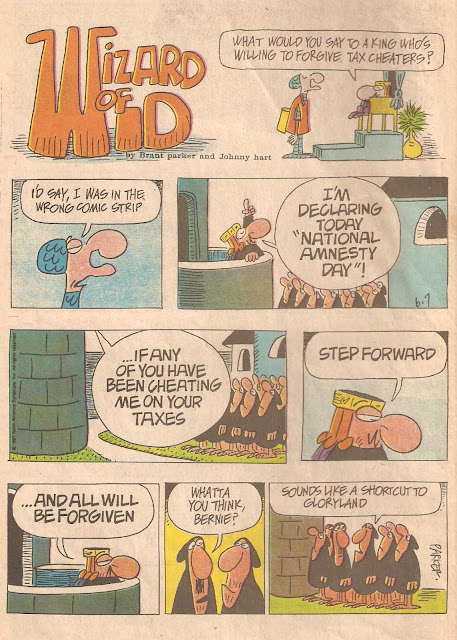 So you're saying that these are exceptions to the rule? Okay, how about best two out of three? 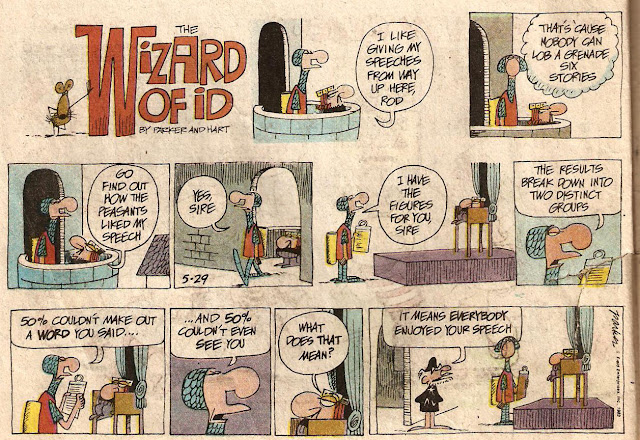 Let's see if those results aren't skewed, shall we? 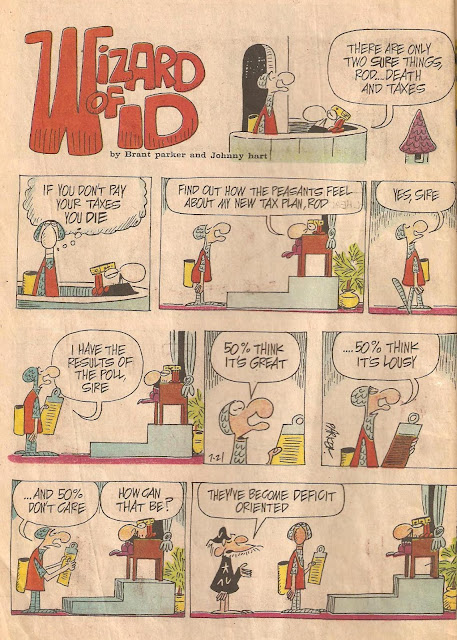 While there's no official third comic using the similar template, I thought that these poll number strips conjoined the overall theme pretty well. 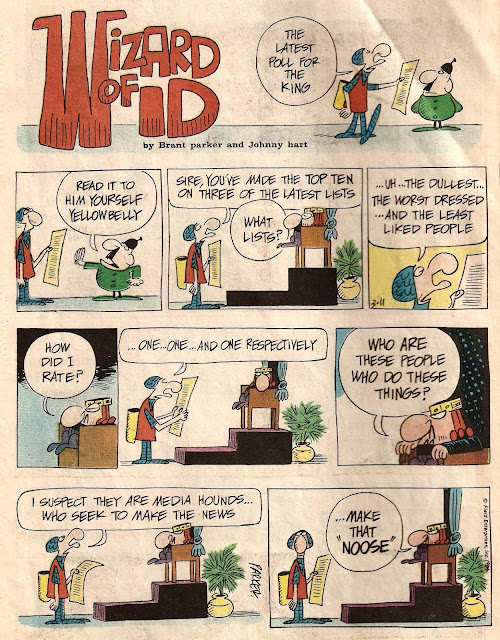 Let's just double-check to see if we've got those results right. Who knows? A recount of rejected ballots could have a completely different account. Remember, it's not biased if they rule in our favor. 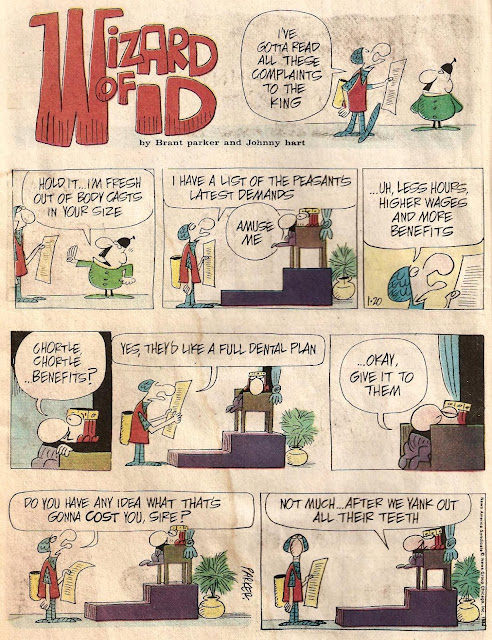 I'd end it here, but there's so much connectivity between these comics and the ones below that it seems almost a shame to split them apart for a later post. Normally, I post the earlier version first to compare it against later revisions, but it's not an ironclad rule. Generally, I group the comics together in a pattern that makes sense.

So what's our verdict of all these reused comic panels? 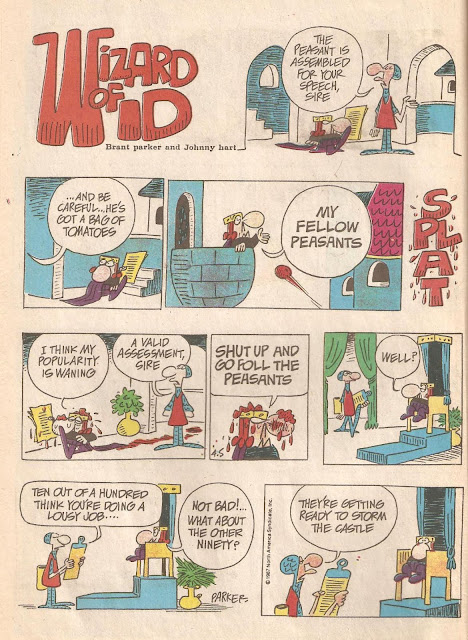