I just got an unpleasant surprise when I woke up early this morning, intending to watch a DVD series I took out of the library, I was near the end of the episode, when the light suddenly started flickering, and then I was staring at a blank screen growing dimmer in the darkness. The first thing I did was complain internally, because there wasn't anybody around to listen to me. I then started off by finishing some odd chores I'd done while waiting for the DVD to load, such as cutting up the rest of the watermelon, putting away some desert I neglected to eat the night before, and switching off all the power bars connecting to my computers in case a power surge came when the power would come back again. But before all that, I got the flashlight which was where I figured It'd be with the batteries still working. Since it was still the middle of the night, I needed to be able to see what I was doing. I'm pretty sensitive when it comes to bright light, but need the allure of a 60-watt bulb to set my mind at ease. I simply can't relax in the presence of a flickering candle flame for the same reason I don't like the great outdoors - there's too much uncertainty in nature. My comfort lies in stability, and not being bothered by the light being disturbed by the waving of tree branches. 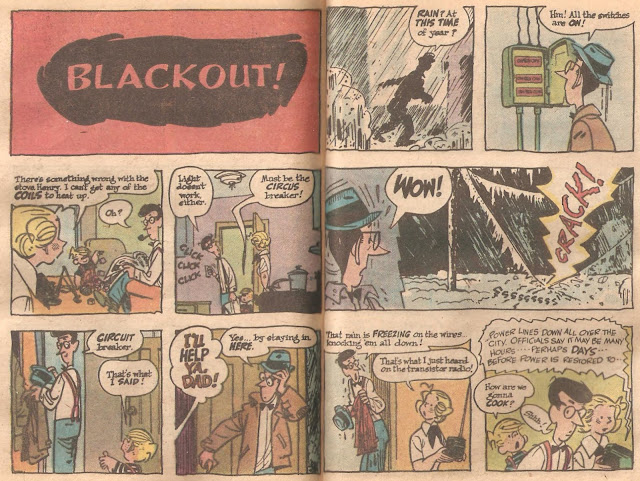 At times like these, I think about a certain innovative "light bulb" for 3rd world countries without electricity that can be easily assembled with the use of liquids and a plastic soda bottle. Trouble is, in order to find out how to produce this innovative piece of technology, I'd need to look it up online, when I had no access to the information beforehand. It also didn't help that this "light" bulb works best when it's bright out, which would be counter-intuitive in the dark.

So when the power went off without any warning, after I finished up the cleaning up, I started to pace around, full of energy, with no suitable outlet. I'm much more of a night owl than a morning person, and took this opportunity to go out and pedal around to see the full extent of the damage. After the infamous Ice Storm, I wanted to see whether the full extent of the power outage would've extended to the outreaches of the city, and whether there was any power still running. I was worried that I would never get the opportunity to embrace the glow of the electronic screen ever again; thinking back to those 3-month stints in India where there were entire populations without power. In situations like these, my mind always goes straight to worst-case scenarios. 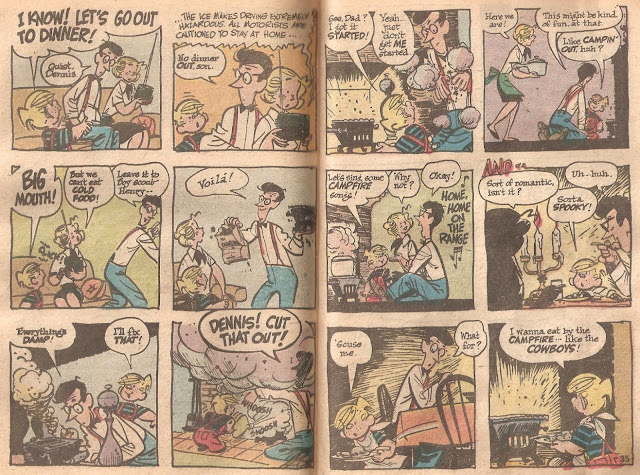 Part of my frustration lies in not having access to certain information. I can't rely on listening to the radio like everybody else - I have to get secondhand information from someone who can actually listen to the darned things. I was also worried that I wouldn't be able to tell anybody that I couldn't contact them, because my primary mode of communication is all electronic based. There's my email and Facebook accounts, my Skype which I talk to a scanlator weekly, and a TTY that needs electricity to work, even though the phone lines are still functioning. Even with all our technological advances, we're still held at the mercy of our electronic devices not being powered up by our transformers. I don't feel secure unless there's at least one backup power source for extra energy as presented in a rare instance where Dennis' "Children say the darndest things" actually made his parents laugh. 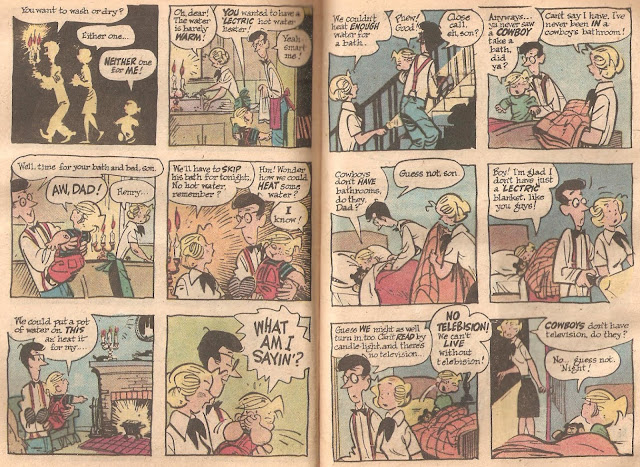 What's especially frustrating when these blackouts happen is that they often occur in a secluded area of town, when the weather is perfectly fine. During strong storms when the rain is pounding against the windows, I'll cautiously turn off the computer during these turbulent times, and surprisingly enough, the power will manage to stay on. Yet when it's perfectly calm and sunny out, the power will suddenly turn itself off without warning. It's very frustrating. I remember a particularly aggravating moment when the power on our block was out, and the lights right across the street were working perfectly fine. Noticing the presence of electricity in the absence of your own is an unavoidable prospect, and the only real plothole in this otherwise fine Dennis comic, which some people have noted is better than the single-panel daily version. 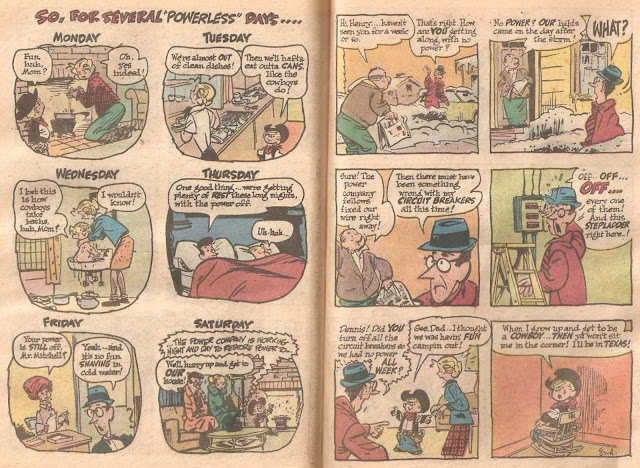