I've been feeling tired lately the past two weeks. I'm not quite know why. I wake up, do a few routine chores around the house and at work, come home and take a five hour nap, get up, do some internet browsing just long enough for another six-hour stint back in bed. Normally I can get along just fine with the alloted amount of six hours of sleep a day, since anything that lasts longer than that winds up making me feel sluggish when I get up.

This is a different kind of lack of energy compared to how generally lazy I am. I'll do pretty much anything to avoid expending more energy than I need to. If there's multiple bags of groceries to bring in from the car, I'll prefer to carry all of them at once, even if it makes opening the door that much more difficult. Better to get it all over with in one shot than prolong the experience of going in and out multiple times in a row. Until I saw a comic for this phenomenon, I had no idea that it even had a name. 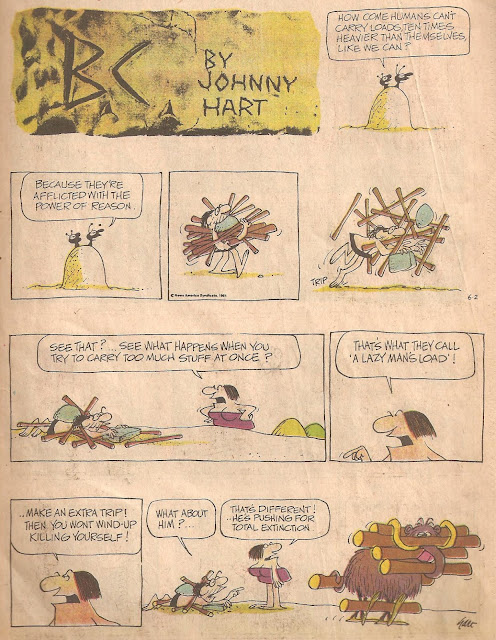 In a similar vein, I don't like going up or downstairs without an intended goal with a secondary mission in the back of my mind. If I'm going to the basement for a drink, I might as well bring up some noodles for supper, or if I'm going to put something in recycling, don't forget to bring back another plastic bag. This has led to prolonged leaves of hesitation since I'm never entirely sure if I'm forgetting to bring along something that could wind up being useful later, as opposed to wasting time by going back and making a repeat trip. Only problem is, oftentimes, I'll forget what the main activity I was supposed to do, because I was so focused on one element that I oftentimes wind up forgetting the other, and wind up wasting time anyways. 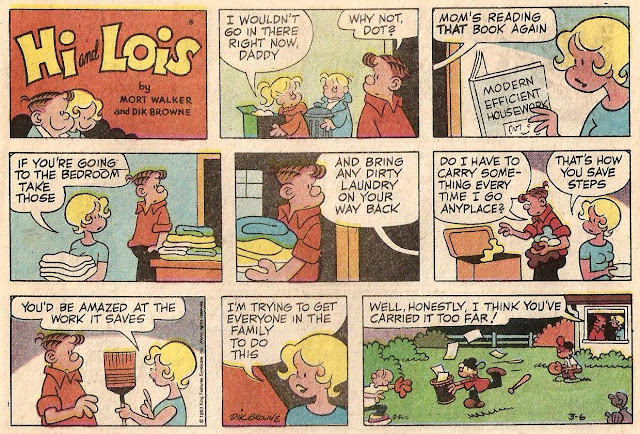 The dark side of doing something along the way is that it occupies my mind like a future homework assignment that I haven't started yet and it becomes all I can think of. I simply can't relax until I've taken care of the little job I'm supposed to do, and it'll weigh heavily on my mind until the time comes that I'm supposed to take care of it. If the date of the garbage pickup changes, I won't be able to concentrate on anything else all week, because that minor task of taking the trash trash can out to the curb will be tickling the back of my mind until it's taken care of.

Likewise, I hate doing certain time-consuming activities such as wearing socks because I find putting them on such a labourous procedure. I'm rather ultra-sensitive when it comes to touch, and can tell the difference between whether the pair I'm wearing is the left or right one, since they've been shaped by my foot, and feel unnatural when I put them on the wrong foot. If I put a sock on the wrong foot, I have to take it off, since no amount of wriggling will make it feel natural unless it's put on the right foot. As a result, I find it simply easier to go around without wearing the darned things and only wear them when absolutely necessary. This is much easier during summer when it's not as cold.

On the reciprocal version of activity, I'm very energetic in doing things that interest and appeal to me than engaging in activities that are better suited to other people. In other words, if I don't find it fun, I find pretty much any excuse to get out of doing it, until the deadline becomes impossible to ignore and I have to complete the task out of necessity alone. 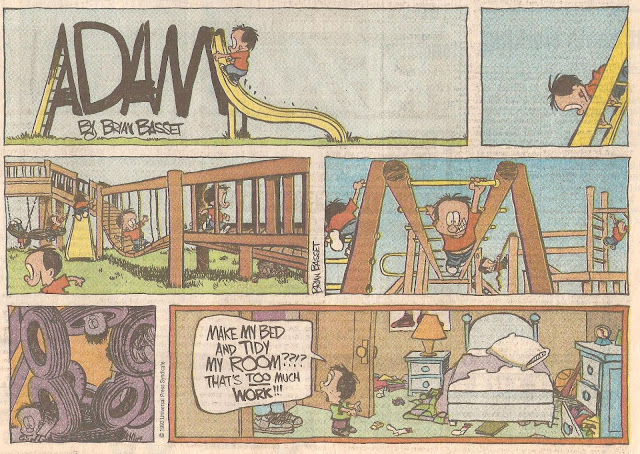 There's probably a reason why Ultra-Orthodox Jews go to so much trouble into preparing themselves before the Sabbath. Since it's supposed to be a "day of rest", this is taken to logical extremes. As per their rules, they're not allowed to exert any energy into doing something as menial as flicking on a light switch. So before Sunday, they have to make sure that all the lights are on the day before. Elevators in buildings are automatically programmed to stop at every floor, which can be hell if people are planning to move their furniture that day. If there's any serious activity that needs doing, a non-religious neighbor should be handy to do simple chores, such as pushing microwave buttons or turning on the ignition of the car.

I would never be able to adhere to all that restriction on electricity, because it sounds too exhausting. That, and I'd never be able to survive without engaging in some personal work of some kind. I'm an unnatural man who disagrees with nature, and need the hum of electricity to feel energetic, stay active and alive.