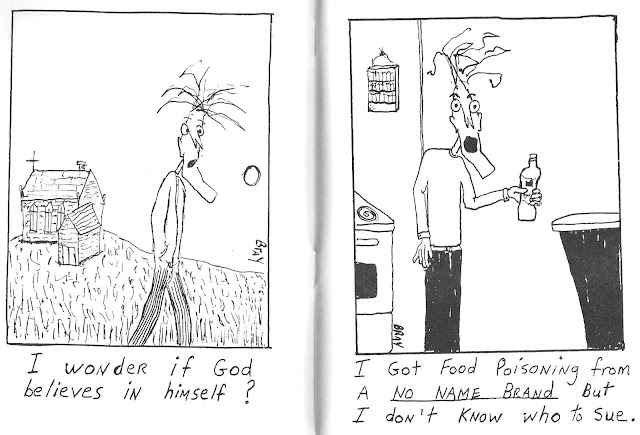 I oftentimes hear about people who've been impressed with purchasing independent minicomics by individual homegrown creators who're too small-time to try to get published via a wider distribution, and are most likely to be found at comic conventions where their amateurish works can be ignored for the whole world to see. I've never been brave enough to purchase a comic beforehand without any known history, or what the story is about, save for the more experimental ones I've found in the comics corner of the library. However, one single exception is a comic that was sold door-to-door by what looks to be a stand-up comedian. 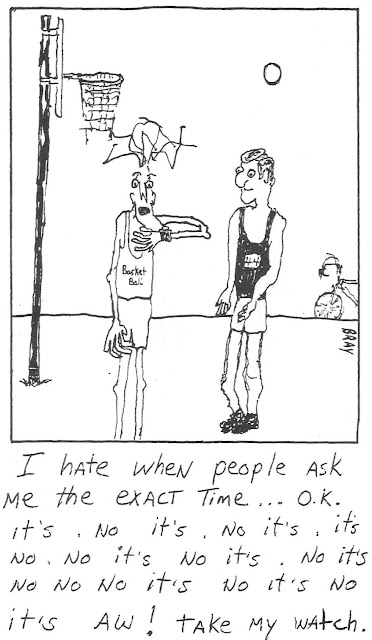 The following scans are all from a stapled pamphlet titled "What to do Until the Real Fun Begins". There's no accompanying picture on the cover, save for a badly-reproduced photograph on the back showing Gary Bray in a checkered suit near a microphone, looking somewhat like Jay Leno. 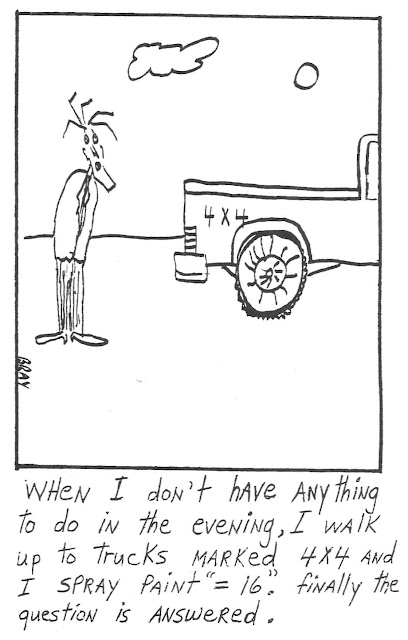 My mother is generally reluctant to even read a comic unless the words are easy to read and don't require looking at the pictures much, which could explain why she bought this from the guy as he was selling his wares. That, or he was a better salesman than she gave him credit for. When it comes to amateur comics, I'm more likely to look at a series of short gags than a crude storyboard. The general sense I get from these comics is that they're concepts that wouldn't sound out of place from typical stand-up comedian one-liners. Or at least, what I imagine stand-up comedians would say, since I've never frequented any clubs hosting them, and my only experience with said profession comes from Seinfeld. Gary Bray certainly has a distinctive way of telling his jokes. 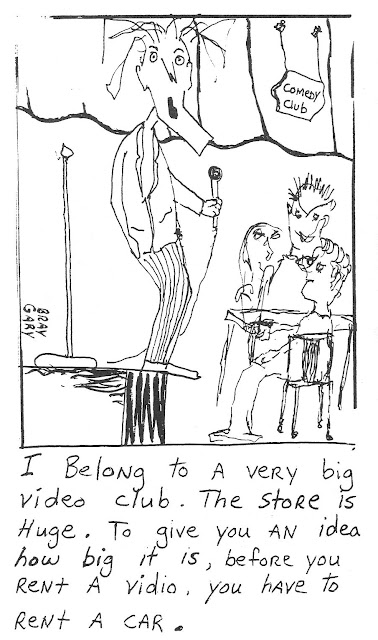 For several years, I thought that was the full extent of his output. But then I came across another book, "The Antidepressionists...", and another, "How Come I'm not Famous Yet?", where his avatar is named Edgar for some reason. In The Antidepressionists, unlike the others, there's an attempt to try to form a comprehensive story with individual jokes, ranging from space aliens landing on the street to a museum robbery. (There is no natural logical connection between these two events - they just happen one after the other) It's also offput by silly misspellings (see "vidio" above) and a series of wonky panelling. Each page is divided into four square sections, further divided into another four panels, shaped like filmstrip, so you're constantly reading down two black panels, then moving on to the next space up, then down, then back to the middle left hand side. It's a very headache-inducing zig-zag style of reading, with most of the text below the pictures. And these jokes won't make much sense if they're read out of sequence. This is why I don't have much regard for mini-comics if they don't show much basic research in the style and presentation of a typical comic. They should be easy to read, not a chore to figure out. 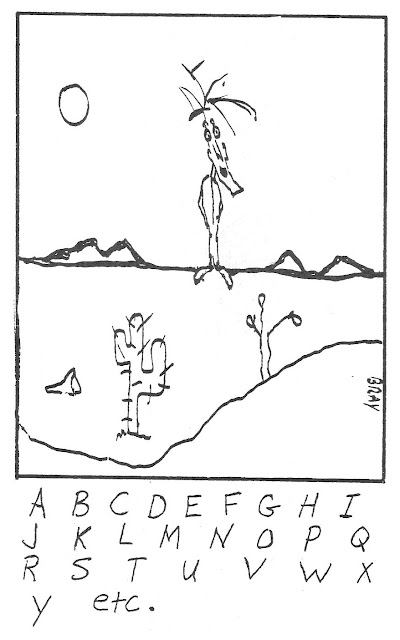 Even more perplexing is that of the three minicomics I've just mentioned, no two are exactly alike. You know how American comics were basically pigeonholed because there were so many wonky variants of formats and no consistent size until Manga came along? That's what we're dealing with here. Strangely enough, they all use similar printer paper used differently. The first book had normal folded pages, the second was full-sized; and the last was the same height as before, but folded in half vertically, resulting in a very thin book. It's as if Gary Bray couldn't decide which format he wanted his comics to be in. 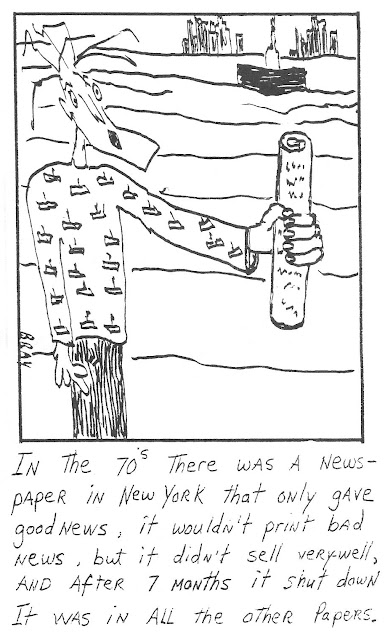 I tried to find out any more information about the man, but there hasn't been any mention of him since the 90's when these comics were being produced. The closest equivalence I could find of a Gary Bray from Montreal was his "235 Ways To Solve the Conflict Between Israel & Palestine" and his contribution for The Search For Peace anthology. The sketchy artwork for the latter certainly looks like his style, but since his face is obscured by his hat, I can't be sure. 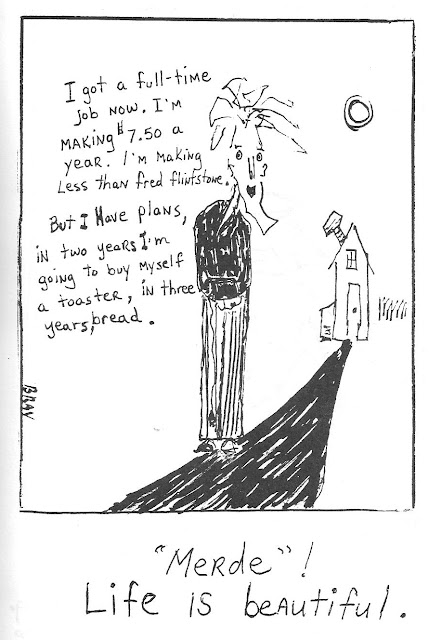