The following were found in a French cookbook filled with comics from Canadian cartoonists, such as Michel Rabagliati of Paul's Adventures. I can't recall the title, but wouldn't mind if more informative instruction booklets were as entertaining. Heavens knows that Japan has dozens of books that deal with similar subject material in the same way. I just copied the most humourous comic. 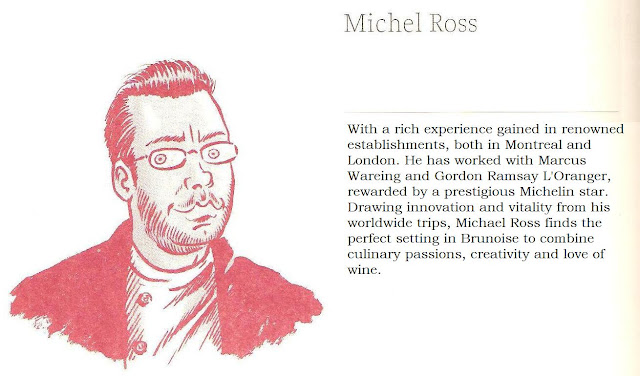 The Michelin star is an actual award that's only granted to the highest quality restaurants. Michael Ross himself has been in a local competition with a rival chef to see who could produce the better food.

(I'm including the descriptive details of the attempted meals above just in case the cursive is too difficult to read.) 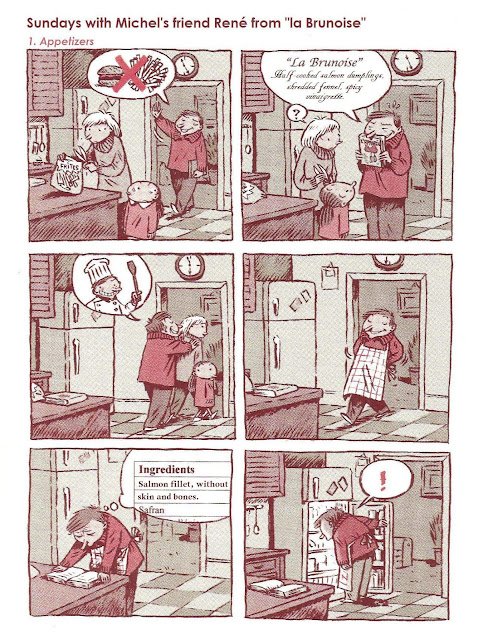 My father is an overachieving amateur chef in that he enjoys making fancy meals from time to time to break from the tedium of having the same thing all the time. Usually these take form of vegetable soups that are nothing like the stuff I can get at the store, and are hardly to my liking, because they're natural instead of processed, and I can't enjoy them in the same way the rest of my family does. I'm much more used to the kind of everyday stuff I eat all the time, and don't have the sensitive taste buds to enjoy the fragrances of various flavours coming together.

But when he deals with meat products, I don't mind, even if they're saturated with multiple vegetables, because I can at least understand fleshy foodstuff. One such example is when he creates fish for dinner, in a pot full of vegetables and potatoes. On another level, I also enjoy eating raw fish, and enjoy the trouble he goes through to skin his personal choices and remove the bones so they'll make for easy swallowing. For a while, he also made his personal sweet salmon, which was soaked in sugar overnight, then cut into small portions that would last for days. Sadly, this was abandoned when my dad felt that the labour was proving to be too much work for the desired results. It could also be that the stock of fish needed to create the product was becoming harder to find. Too bad he didn't decide to take a page from the father here, who takes matters in his own hands with an underhanded method obviously inspired by the Triplets of Belleville. 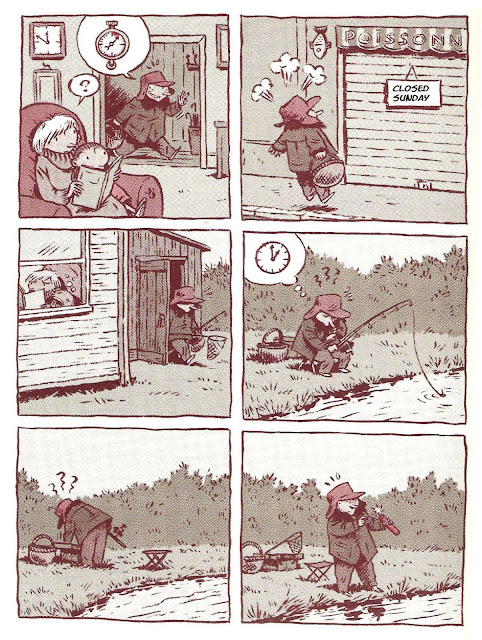 That was something that bothered me about that movie. The homeless old ladies were so poor they could hardly afford food, but they could afford to buy a healthy supply of grenades to throw into the pond so they could have fish whenever they wanted. I suppose that was some subtle commentary about how bullets come in easy supply in the U.S., but food is scarce. Put two and two together, and you have a potential setup for cannibalism in the streets. No wonder zombies are so popular - they're a step away from reality. 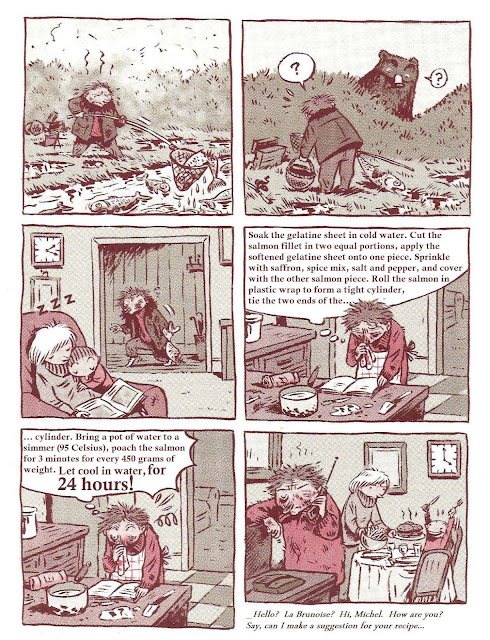 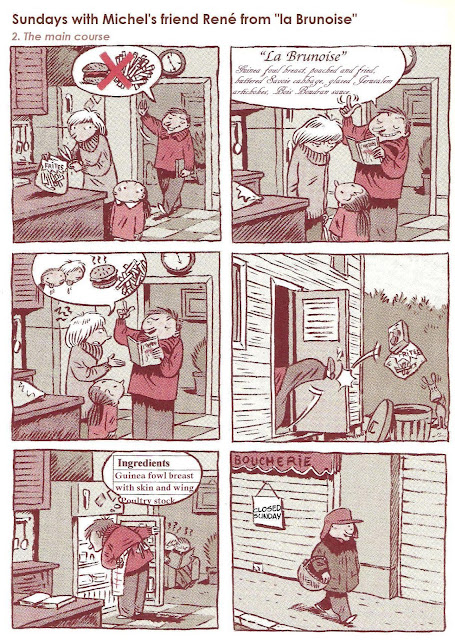 A few months ago, my father was given some duck that was shot on a hunting expedition by a Tennis friend of his. Only, the bird meat sat in the freezer for ages until my dad finally worked up the energy to do some research on how to prepare it. That's the thing about my father - it takes him practically forever to get him started in any project, even for ones that he likes. He has his own way of pacing things, and prefers to take things "Slow and careful" so no mistakes get made. (Though the way he says sounds like 'sloooooooow and caaaarefuuuuul') 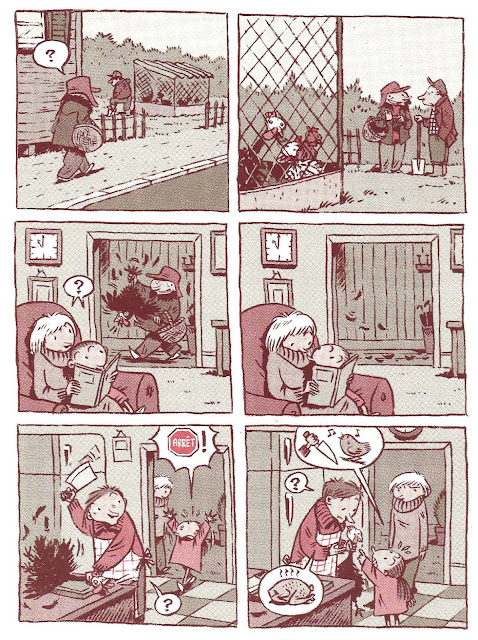 His cautious approach may make for desirous results, but his approach drives me up the wall whenever I want anything done. In such cases, I find it easier to just get the job done myself rather than wait for his turn. My father is not like the wacky sitcom dad who always screws things up when trying to fix anything. He's the responsible get-to neighbor guy who likes taking his time to enjoy the little things. No wonder he drives me nuts! 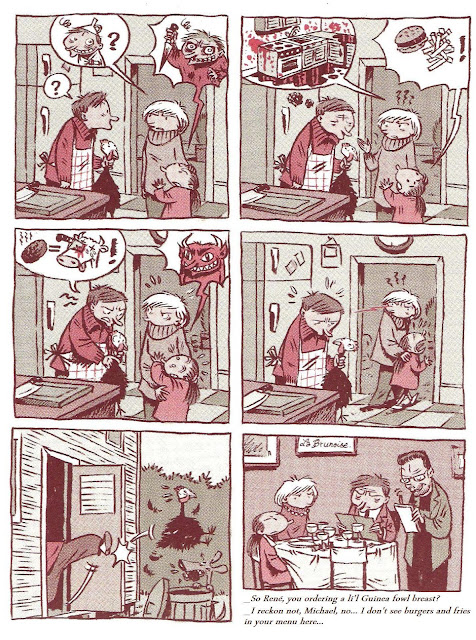 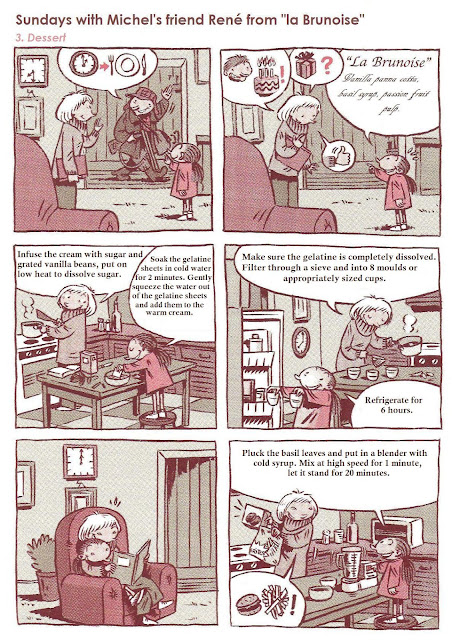 While I'm generally resistant to trying anything new, I have no such qualms when it comes to creating tasty deserts. I enjoy making banana cakes when our current bunch gets a little too black to put on my cereal. If I'm feeling creative, I'll use the same recipe to create banana cookies instead. I've done the same for substituting the banana cake recipe for blueberry cake instead. 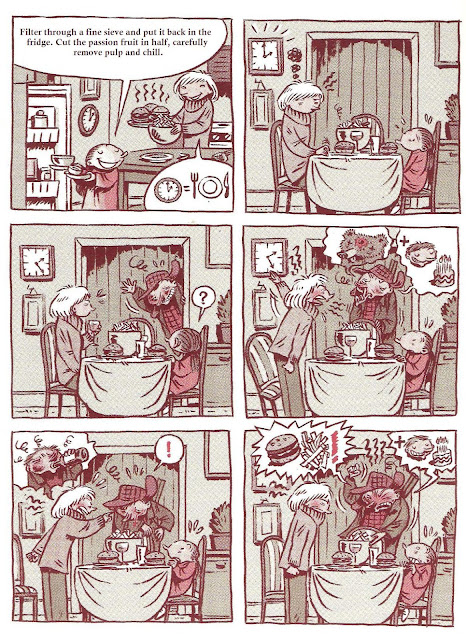 While I might not be able to understand the appeal of vegetables, I can at least understand junk food well. Anything that excites the taste buds and triggers the pleasure portions of the brain is easy to appreciate. The only hard part is cleaning everything up afterwards. That's the only thing I don't like. 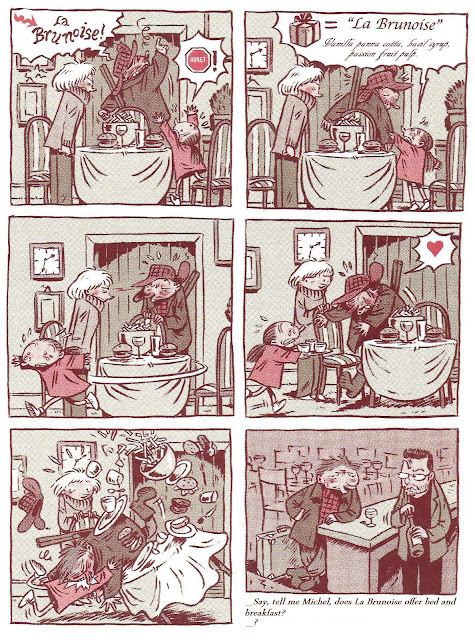