Yesterday, famed and beloved children's artist (though he was loath to use that term, as pointed out in this Spiegelman representation) died of a heart attack. It was somewhat of a surprise, since I didn't even know he was still producing more work, since the last book of his I saw in the bookstore didn't quite capture my imagination. Still, he must've been doing something right, since his last publication (until the vultures mine his notes for unreleased material), Bumble-Ardy, wound up to be another bestseller. Even if additional sales turn out to be from spectators who drive the numbers up by snatching up an artist's postmortum works, that still doesn't take away the power of his previous books. Even when his latest books failed to catch the public eye or attention, he didn't care. He was perfectly content to keep producing new material as long as somebody out there would read it.

My tribute to the man will be through these pictures from the first volume of the Childcraft How & Why Library, Poems and Rhymes. Since Encyclopedias are likely to go out of vogue with the ever-increasing reliance of the internet and wikipedia (though ironically enough, there's an entry about Childcraft there), it's probably prudent to show some of Sendak's artwork here, even though it doesn't seem as inspired as his other stuff. 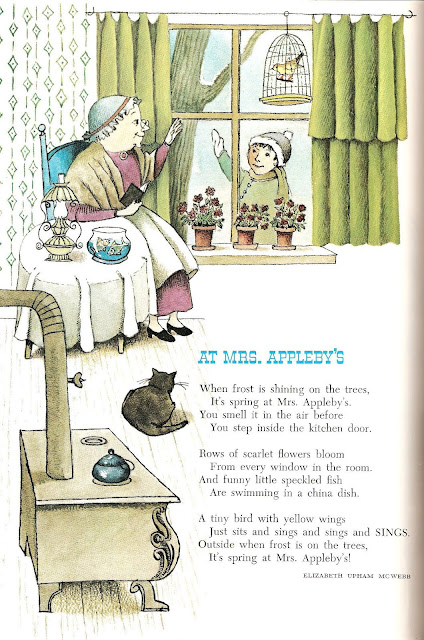 While most children's artists would be content with rehashing familiar Nursery Rhymes such as Mother Hubbard or Mary had a Little Lamb, Maurice Sendak would go for much more obscure fare, such as Hector Protector, Higglety Pigglety Pop!, and We are All in the Dumps with Jack & Guy. His imaginative illustrations and interpretations of these nonsense verses make me wonder what other artists could make out of the rest of the unused Mother Goose stuff? There's a whole bunch of Nursery Rhymes that's hardly seen the light of day that could use a second look. Surely there should be other children's illustrators willing to take the chance to plunge into uncharted territory just like Sendak did. It would be the ultimate tribute. 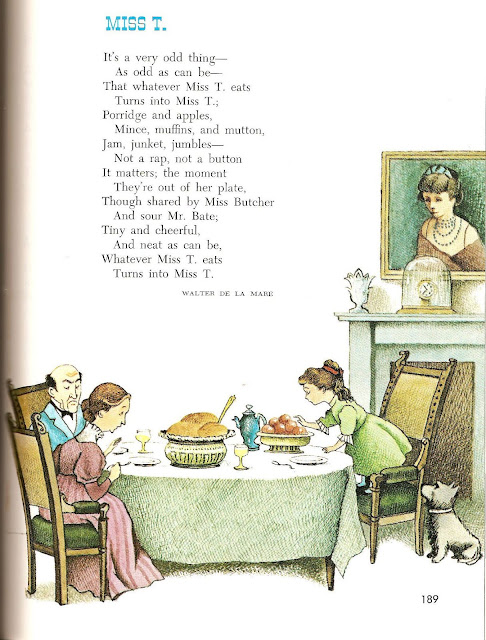 Of all of Sendak's books, my personal favorite is probably Some Swell Pup; Or Are You Sure You Want a Dog?, even though I don't quite like dogs myself. The interior is quite close to a comic book mold itself, even though it's considered to be a lesser version of either Where the Wild Things Are or In the Night Kitchen. But I don't care. I've always had a skewered opinion of things contrary to the public at large, and I'm sure Sendak would've felt the same way. 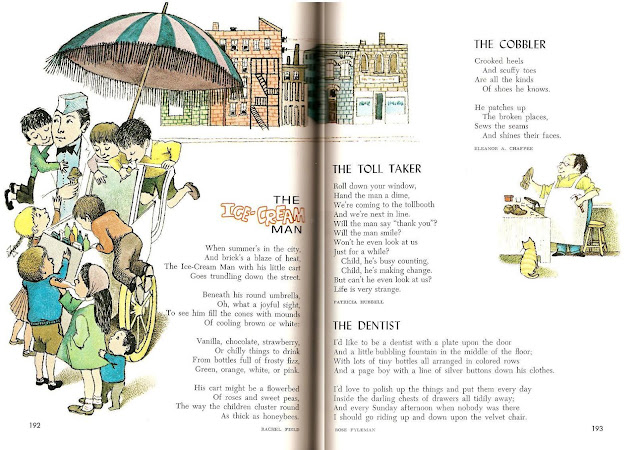 One thing that I always was confused about growing up was why there was never an animated version of Where the Wild things are. I'm not talking about the recent live-action movie, but of an animated clip where Max (who looks suspiciously like Montana Max from Tiny Toons) races the dog through out the house before getting into trouble. It would be years before I found out it was an early Pixar attempt that was cancelled during production.

Now, I just need to find that animated commercial that used the character designs for the creatures from Where the Wild Things Are, and several barefooted children (which bypassed Sendak's inability to draw feet). If I could just remember what they were advertising, I could easily narrow it down. I recall something involving a lemonade stand, running out of merchandise, and grumbling children. There may have been a boat involved. Yeah, I know it's not very helpful, but it's all I've got. Until I did some research, I had no idea that there was a National Film Board adaption of Higgedly Piggedly Pop! It's apparently available as a bonus clip on the Where the Wild Things Are DVD. 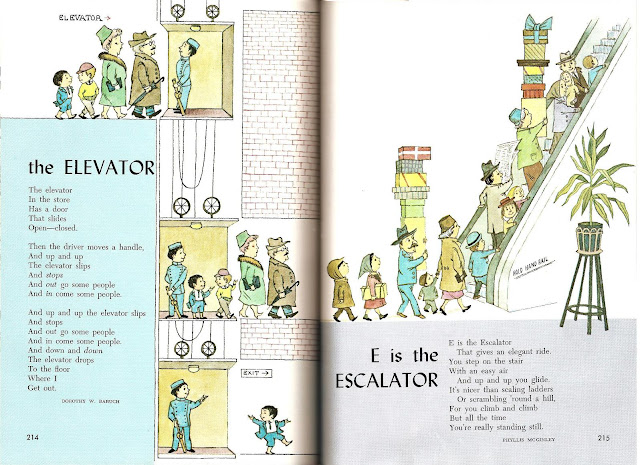 Until the man died, I had no idea that he was a second-hand Holocaust survivor (), or that he was ousted as gay later in life. But even if I'd known these things, it wouldn't have changed my opinion of his books much. They were either interesting to look and re-read, or they weren't worth opening in the first place. Sometimes they were the former, sometimes it was the latter, mostly the more serious artwork or text-based stories. 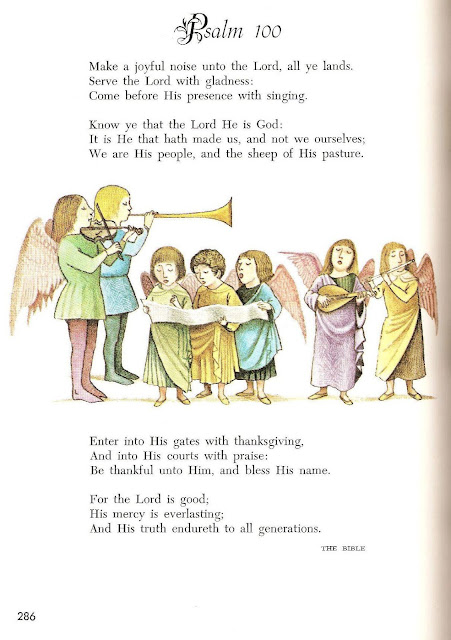 For people who already miss his stylistic worldview of mean children and real monsters, take comfort that Maurice Sendak's spiritual successor, Mercer Mayer is still alive. Of course, given that the Little Monster artist is pushing 70 by now, that may not be very reassuring. 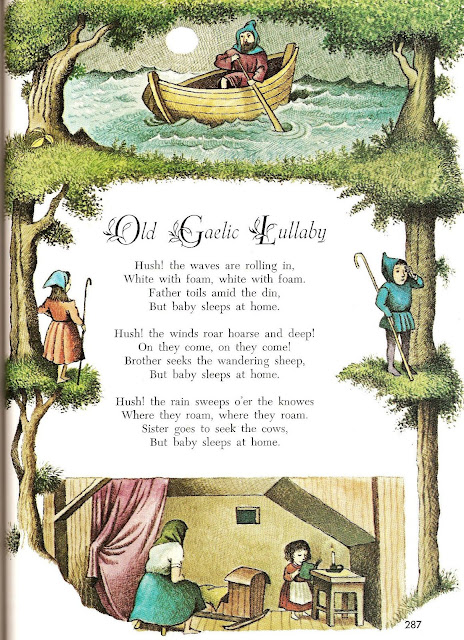 Chances are, you're finding that these Childcraft drawings are quite tame, and look phoned in, which wouldn't be too far from the truth, since they're quite restrained given the contents of the songs or poems they're representing. In addition, there's two pages devoted to Christian prayers, which may seem surprising, given that Sendak was Jewish, but it's not unusual for creative artists to create work that falls outside their religion to get a paycheck. Yet these pictures still retain a certain amount of quality to them. To make up for the lack of scary themes, here's a tribute that I'm surprised hasn't made its round among the internet yet. 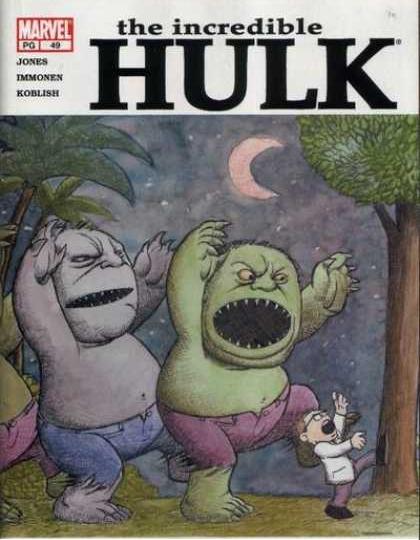 EDIT - something that just occurred to me after rereading Down in the Dumps - there's a possibility that some of Sendak's inner turmoil after discovering he was gay late in life was expressed in Jack's rage after he was kissed in appreciation by the "poor little kid". It's unknown to what extent that Sendak put his personal issues in through his works aimed at children, but it seems somewhat fitting that such a theme could be presented and passed by without commentary for years. For a book that's rather sparse in its usage of words (though extra lines are spouted by the nameless cast throughout the lyrics), there's an amazing amount that can be gleamed from those few sentences alone. The pictures making up the bulk of the story is just another added benefit that allowed a singular design to pass by unnoticed and be scrutinized by critics trying to delve some deeper meaning through their actions, even though his intent may have been just to amuse children. No wonder Sendak said that he never created children's books, even though they contained the guise of same - adults kept trying to understand the man's work, since they represented a childlike sensibility that was long since forgotten.