Last week Friday, the Kirby / Smash Brothers fancomic Brawl in the Family had a comic where Mario's extra lives were put to use in order to cross an impassible pit. (Though technically, if there's a point where all the bodies keep piling up, then they're not really 'bottomless' pits)  It was an almost exact copy of another comic, a popular European comic by the name of Kid Paddle, a video-game enthusiast whose favorite game is The Little Barbarian, a character who's a cross between Asterix, Link and Wily E. Coyote, and got his own spin-off in the silent comic, Game Over. 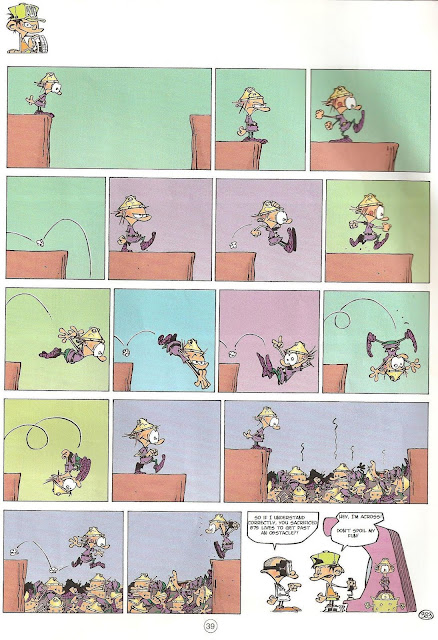 As you can guess, The Little Barbarian is a representation of all those times when the game player was caught unaware by getting themselves caught in a game-designed trap, by not being careful enough, or those undetected gamer glitches that're the bane of video game players everywhere. Given how often lives get used up like potato chips, there's a lot to identify with there, especially on a level of The Impossible Quiz or I Wanna be the Guy kind of games. 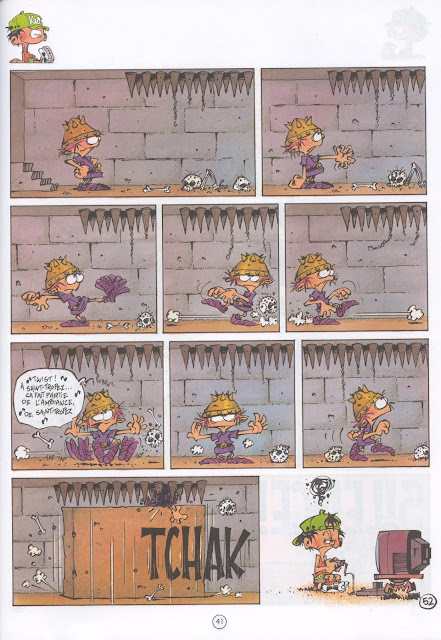 Kid Paddle actually started out as a companion piece for Video Game commentary reviews in Spirou, very much in a similar vein to those Howard and Nester! comics in Nintendo Power. (There were also extreeeme comics focusing on the Postmeister and the Monitaur in Gamefan, but no one seems to remember those as fondly) Eventually, the comics stopped making overt connections to the games themselves when the title character became more popular than the column he appeared in. This isn't that unusual, since another regular comic is about a family of TV couch potatoes (Les Zappeurs / Zapping Generation) who're obsessed with new technologies. A sure sign of a magazine playing to their audience's interests. 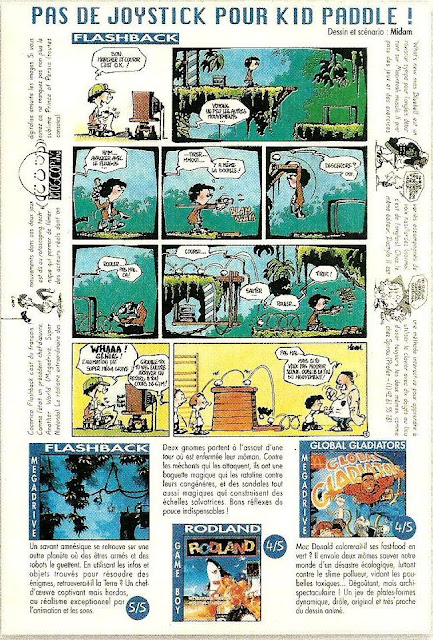 Here's a larger version of the above comic: 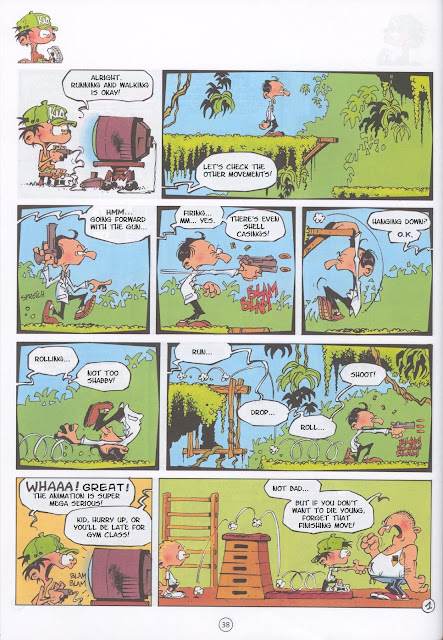 Some games are easier to figure out than others. For instance, there's no doubt that the comic below in question is for the Genesis Aladdin, and not the Super Nintendo version. (There weren't any collectable apples, and Aladdin didn't carry a sword) but there are some stumpers, such as a game phoneline which gave a hint that the only way for an explorer to get out of an impassable dungeon was by wiggling his ears. (No, I'm not going to give context for that) 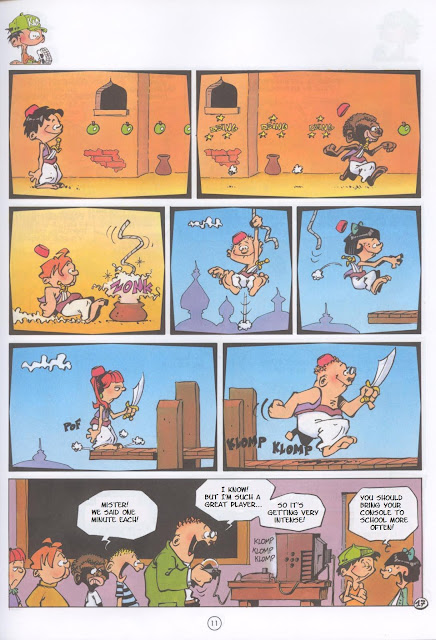 There was even an animated version of this comic which ran from 2006-2006 in 52 13-minute segments, but it doesn't seem to have increased any further interest in an English release. When Kid Paddle isn't obsessed with V-games, he's engaged into disgusting stuff that'll annoy his sister, or focusing on elaborate fantasies of what he'd want his milquetoast father to be. In short, pretty typical kid stuff. This isn't quite a license request, but just giving further publicity for a comic that by all rights should be more popular in countries that're dominated by video games. There may have been other more popular webcomics out there that have V-games for their subject, but Kid Paddle was one of the accidental firsts. 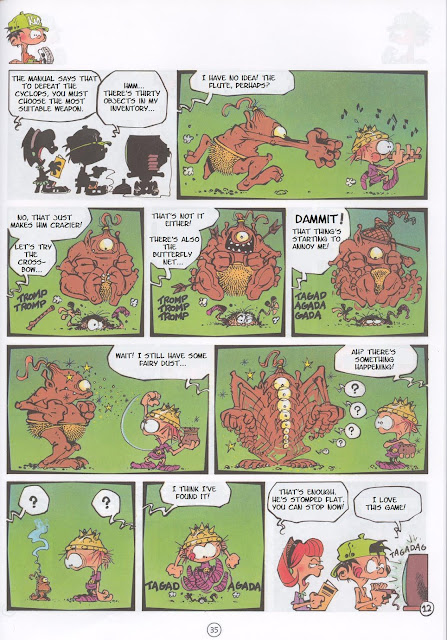