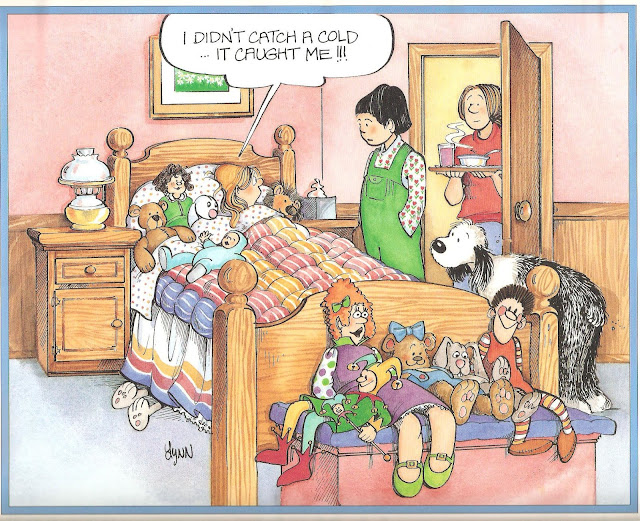 If I haven't been posting as much as I'd like to this past week, I'd like to apologize. I've been feeling slightly unmotivated lately, what with having sudden changes suddenly implemented on me. They're not the kind of life-shattering events that normal people would be affected by, but subtle changes in my routine have left me shaken and uncertain, and my responses have been muted to the point where any potential outburst of creativity that's not acceptable has to be stifled.

It may be making me more acceptable to the outside world, but it's killing me inside. 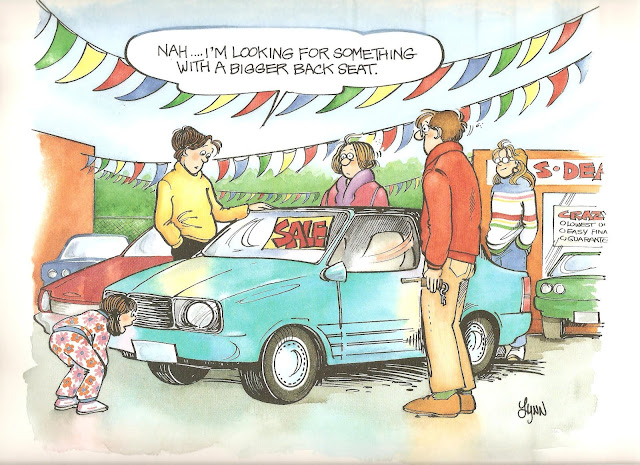 This was one of the few comics that I had to have explicitly explained to me for why Michael was so interested in having more storage room in the back, and it had nothing to do with wanting to carry around extra-large ear-splitting stereo systems. For anybody who doesn't get this, feel free to ask your parents and enjoy seeing their reactions.

Go ahead and ask even if you DO know the answer. 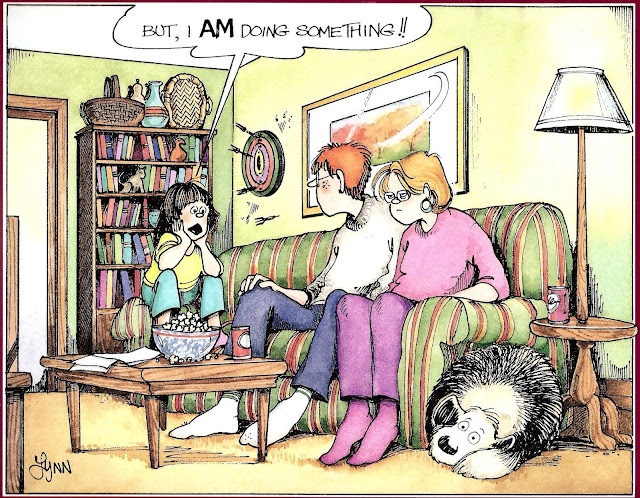 Here's another target for further proof that Lynn Johnson piling the resentment towards April, since her presence was threatening to interfere with the "destined" Liz/Anthony true pairing. Frankly speaking, April should've stuck around more often, prompting Elizabeth to move away from her snoopyness, and find potential love interests elsewhere. This is kind of ironic, since it's the very same tactic that Elizabeth pulled with her own brother.

Then again, it's likely that April is another extension of Lynn Johnson, where she would tease her relatives by knowingly staying in the same room while they were out with their friends so she would bug them. So in a sense, you've got an avatar of Lynn betraying the convictions of another avatar of Lynn, infuriating one to the pleasurement of the other. It's a win-lose-win situation. 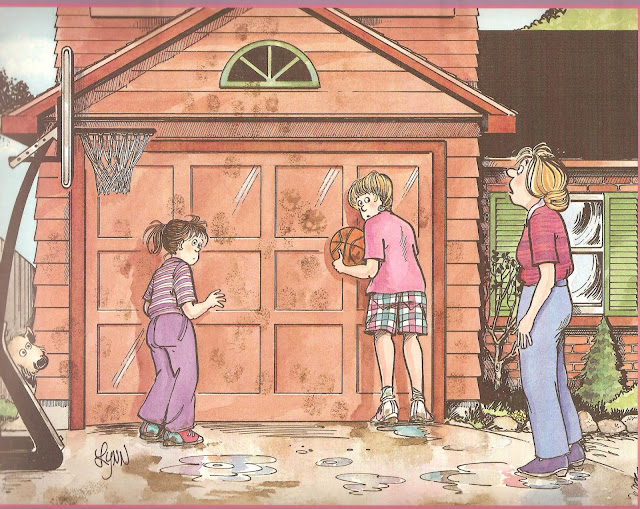 A condensed version of this strip, only with proof of bouncing a basketball off the garage rather than the side of the house. For some reason, the basketball is dirty enough to keep specks of dirt on all sides with every bounce. They must be dropping it in the mud or something.

Might as well close out this rather uneventful month with a playful romp with the kids. 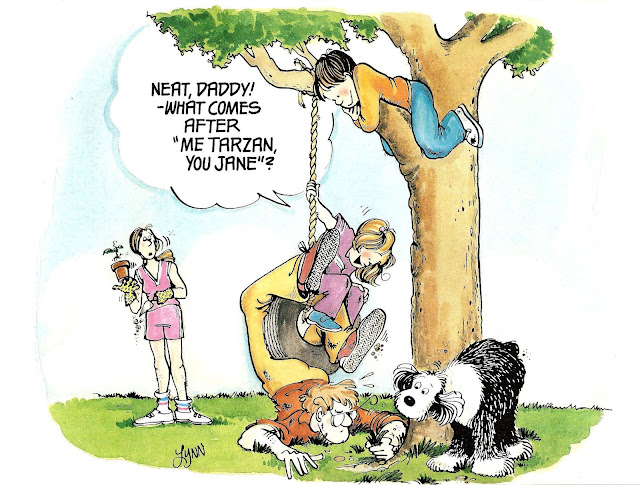 When I first saw this, I tried to envision what possible strip it could've been influenced by, and what the preceding panels would've looked like. John must've gone through some wild contortions in order to put himself into that position.
Posted by DeBT at 1:07 PM