Here’s the last story of the first book that I didn’t summarize, because I had no idea of what just happened and why. Thanks to LeChatVert’s translations, I now know better, and can share the results with everyone. However, even though the story is clearer to me now, there are a few scenes that could use some clarity. Below, the curly-haired man, Ludger Risque, wonders why Red Ketchup looks so familiar, even though he’s never seen him before. 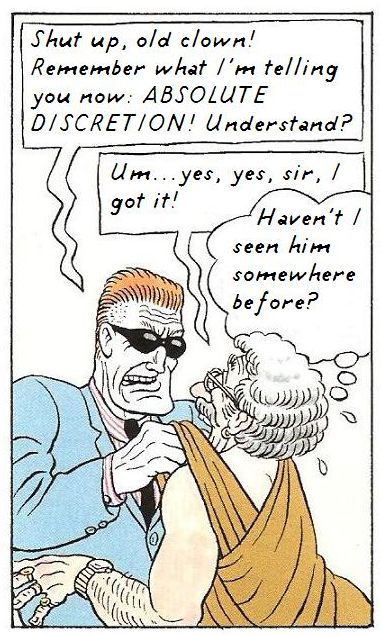 Actually, he DID meet Red Ketchup, way back in the second Michel Risque book, when Red was looking for information, and chanced upon the one man who gave him a lead to Raoul Escobar, and we all know how that turned out. 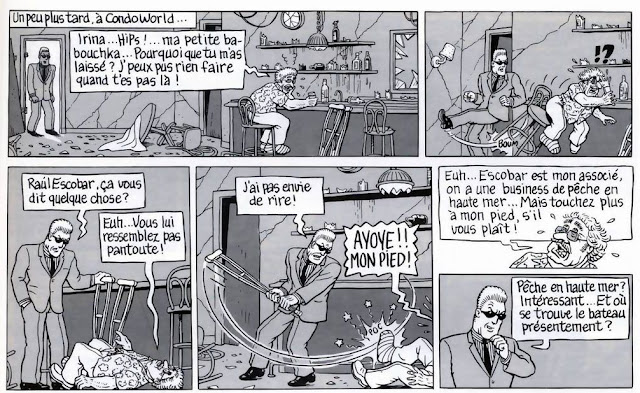 Later on, this same man had through a series of fortunate events, broken off from the cult “Right Way”, and gone into his own lucrative business, before being found out by the cult leader, Colonel White, and is negotiated off-panel to deliver some incriminating photos of rival politician, Robert Marlborough. Below is the scene that wasn’t included, as well as some animal-bonding between Michel Risque and his bull, T-bone. 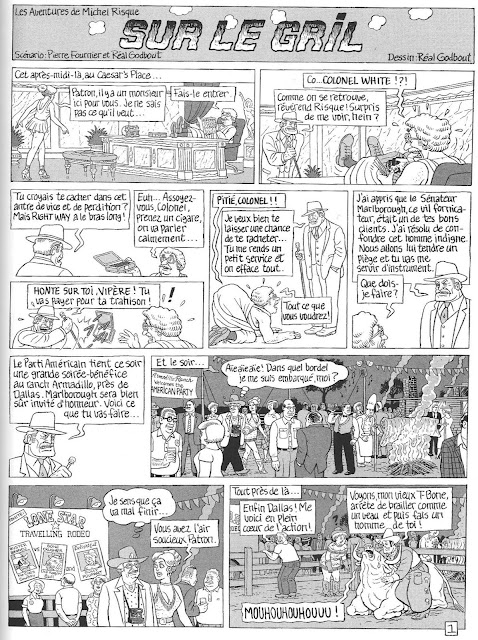 Even though the results at political blackmail are the same, the details are subtly different, such as allowing an extra panel to show Red Ketchup throwing a karate chop that breaks the wall, though we don't get to see him enter the room. (He was guarding the front door in the colourized comic though, and only ran inside once the politician called for help) 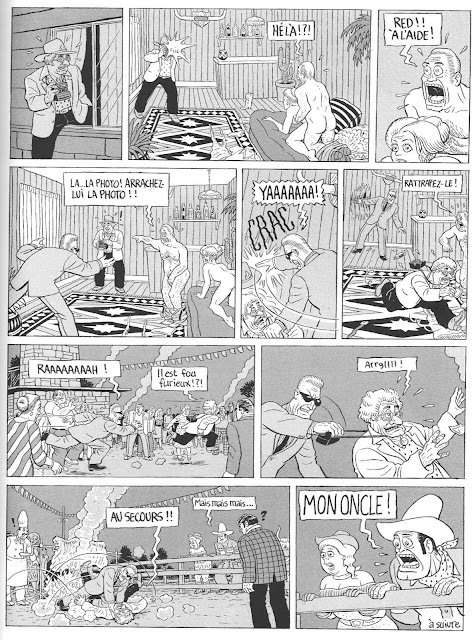 If you haven’t noticed by now, Ludger Risque is none other than Michel Risque’s wheeling-dealing uncle. The similarity between last names should’ve tipped you off. This also helps explain some insignificant details, such as why somebody would want to break up a fight between a sleazy photographer and a berserk albino bodyguard, and why the bull attacked Red Ketchup while ignoring everybody else. In the confusion, Michel Risque, his girlfriend Poutine and his uncle escape from Colonel White’s men on bullback. All of this occurs while Red Ketchup is knocked unconscious, and another disaster occurs shortly after. 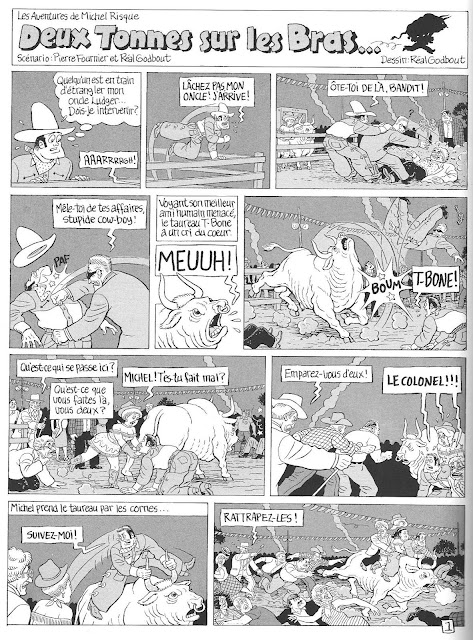 As before, the whole backstory takes place in the 4th Michel Risque book, where Michel and his friends and family are being hounded by Colonel White and his lunatic "Right Way" cult for the majority of the book. In fact, Colonel White is a bigger threat to Michel Risque than to Red Ketchup. Michel also doesn't find out what actually happens behind the scenes of the Coronation, while the truth is only revealed in the pages of Red Ketchup, with no reaction from the outside world.

In a way, this is a very strange kind of crossover. Two sides of a story are revealed, but are only made relevant with certain details available in one story, and other details that are missing in another. As with other creator-owned comics, this kind of crossover is easier to keep track of if the creative team is responsible for both stories. 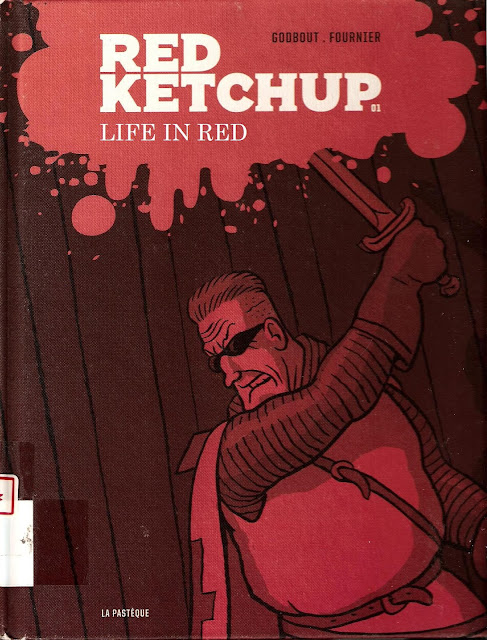