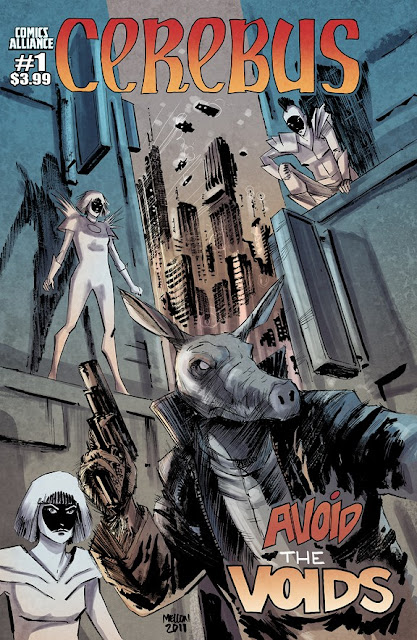 Last year, there was an alternate interpretation of the long-running independent comic, Cerebus reimagined as a lone aardvark fighting in a futuristic dystopian world populated by women who wanted to suck away his manliness and pure essence of what makes Cerebus Cerebus. Actually, rather than reboot Cerebus for a new generation, I would be more interested if an ambitious cartoonist decided to go the alternate route, and create a story about a certain neglected other half of the Cerebus Mythos. I'm talking about the female dictator, Cirin. 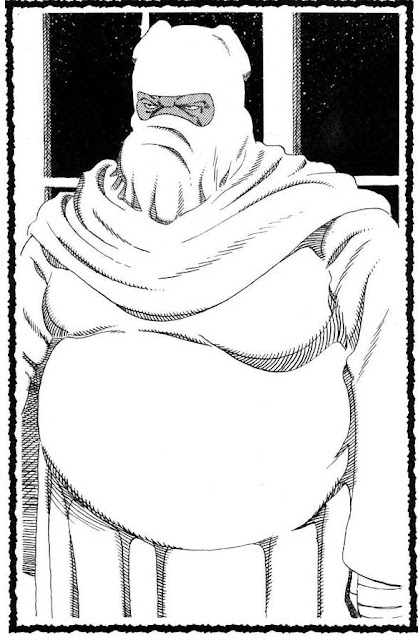 For those not in the know, Cirin was a major medieval force, who practically took over the city of Iest and its surrounding nations, and was the inspiration for The Hooded One from Jeff Smith's Bone. For comparison, just imagine Briar's sister in a mortal body ramped up to 11, and you'd have a fairly close gauge of the range of Cirin's self-inflicted madness, and the fear she implemented over her soldiers, each of which is capable of taking down a well-armed man. Cirin was also the only one who was a physical match for Cerebus who either curb-stomped every opponent he came across, or was blindsided by his opponent's rambling stupidity. And they fought each other to a bloody standstill, even though she had one hand tied behind her back. (Well, an arm in a cast, but the previous description sounds more impressive)

It would be interesting to see Cirin's backstory in a Wicked vein, showing her ascent to power that was only hinted at in the pages of Cerebus. And there are plenty of references that are alluded to, but never followed up on, such as whatever happened to Lord Julius, the history of the Black Tower Empire, Suenteus Po, Astoria and Jaka's last days, and even Cirin's eventual downfall that's just barely hinted at in the closing pages of the penultimate issue. Surely there must be some obsessive fan out there who's devised an elaborate backstory for the Female Aardvark who, despite being the dominant figure in the "Mothers & Daughters" arc, is NOT Cerebus' mother. 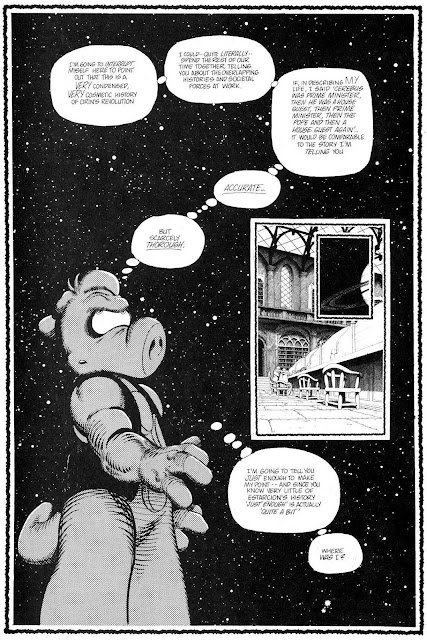 If need be, they could even attempt the same ambitious route, by following Dave Sim's legacy by attempting to do 200 issues to tell her story, in the same vein that the "main" Cerebus story took place, and the last 100 issues were a kind of epilogue. It would give them a certain mindset to determine just how much detail to put in each issue, as well as how long it would take to finish each sequesive arc. This could continue up to the point where Cirin's appearances started showing up in Cerebus, and be filtered out with other little details that weren't expanded on, such as... well, I don't know - chasing Lord Swoon through the dreamscape? Chucking off more library books? More arguments with her staff?? In any case, it would be an interesting experiment. 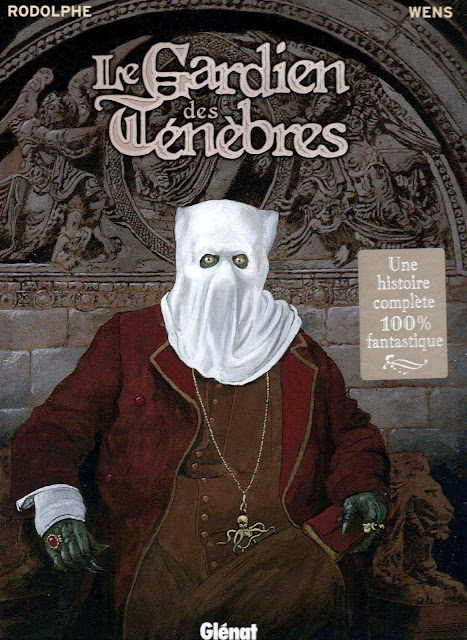 That, and it would piss Dave Sim off to no end for having his "public domain" character used to "support a feminist viewpoint", even though Cirin is hardly sympathetic herself. What would a strong-willed, big-boned, heavily-garbed woman in a futuristic dystopian society look like, I wonder? 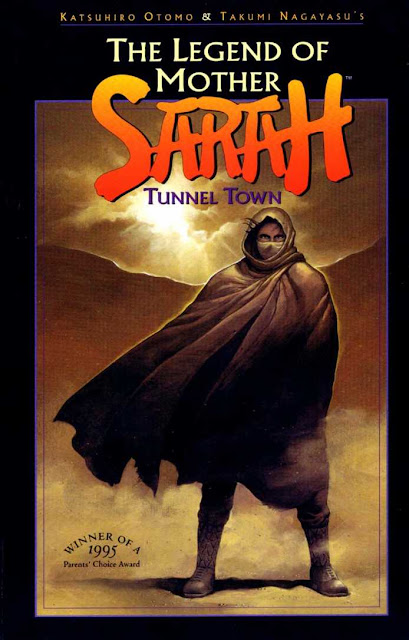