It's the start of a new month, and depending on where you're living, the weather is either unseasonably warm, or still freezing cold, leading to all kinds of various mood swings. These Spring fevers can be the result of the shifting temperatures playing havoc with your body temperature, causing lethargy and drowsiness after dealing with long winter months in the cold. 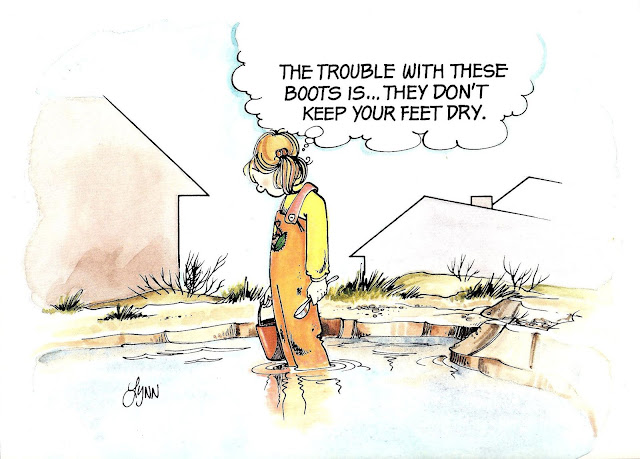 Here, we also see the first character design of April before she developed the style we would become more accustomed to. Her hair is more wilder and brown compared to how it would be lower and fuller. (I suck at naming hairstyles) 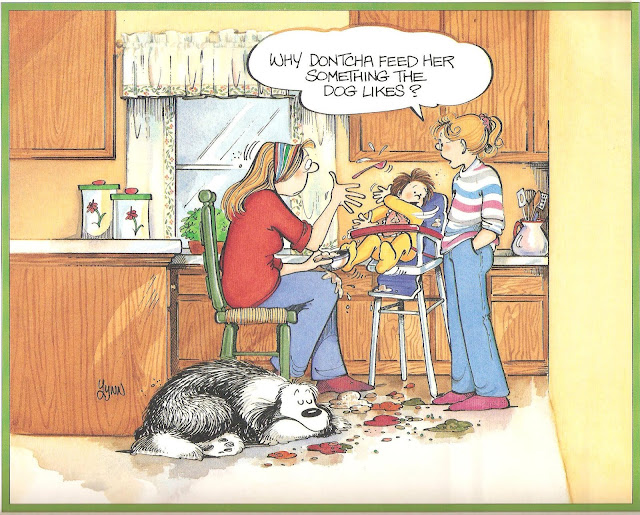 What do you call that spiky hairstyle where the hair sticks out at an appealing pointy angle? You see this kind of hairstyle covering the eyes and foreheads in protagonists in various Manga and BD titles all the time, yet I have no idea if it even has a name. Any takers? 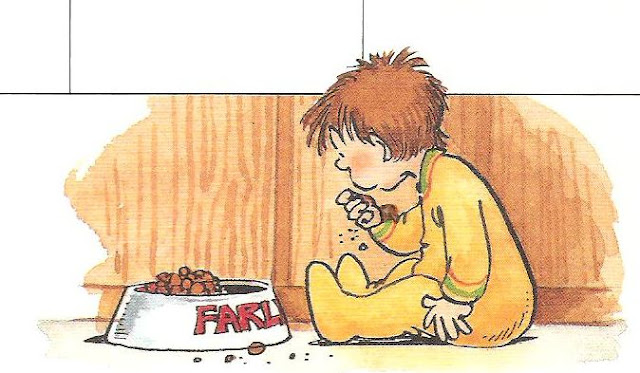 Another rarity - Elly indulging in something that's not housework, while April attempts to impress her mother with a display of musical prowess. 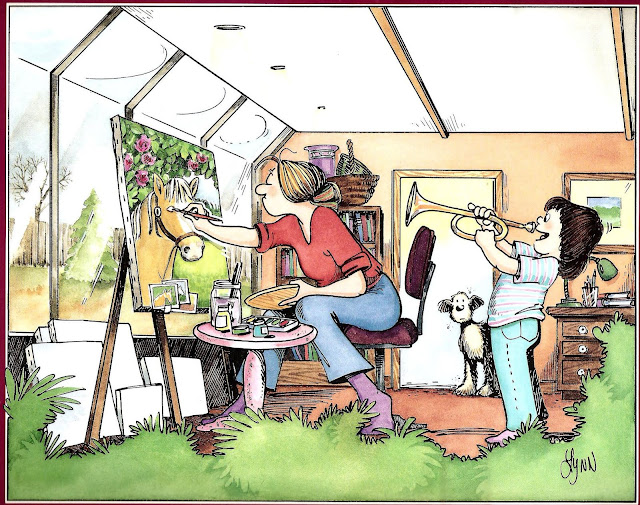 Since Elly was very obviously the avatar for Lynn Johnson, this is clearly another reference to how the creator felt about having children who were constantly invading her "private time" by demanding her attention by making noise. Think I'm exaggerating? There are various strips that show Elly being interrupted while working and reacting appropriately, and could also explain why she identified with Mike running back inside a burning house to retrieve a manuscript he'd been working on at the expense of his wife and kid. The job is the one defining element in their lives, and without it, they have nothing.

Referring to the previous case of Spring fever, these shorter days can bring about cases of SAD, or Seasonal Affective Disorder, where people can become depressed due to lack of sunlight. 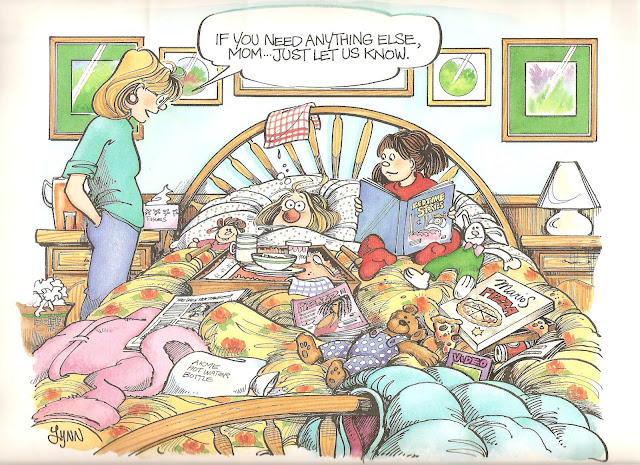 Lately, there have been recent studies that show that there are people who suffer from the opposite ailment, and become depressed from too much sunlight (like yours truly), and prefer working in the dark. This is why some of us become night owls - it's the only time when we're able to feel in our natural habitat with minimal distractions, and are forced to cope with a workforce that insists on working when it's light out.

On the bright side, there's still Spring Break to contend with. If Japan's Golden Week wasn't an absolute necessity that needed editorial notes to explain, Spring Break would be an acceptable alternative. Though apart from Mardi Gras, there's very little similarity between the two. However, if you don't celebrate a week off where you live, then you're plumb out of luck. 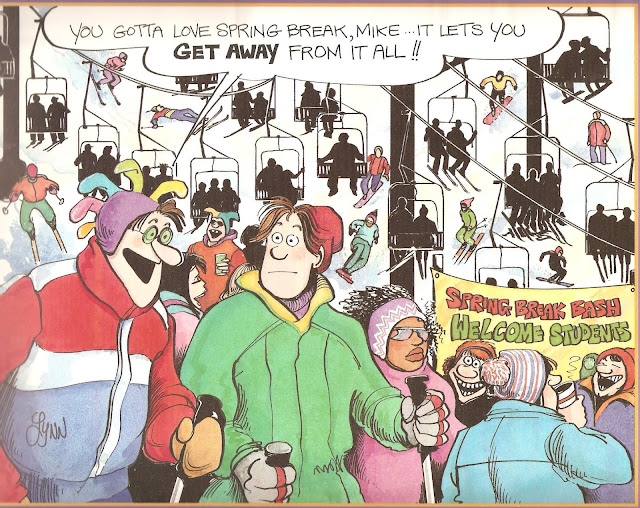 Sorry for the segue into a non-sequitur, but it was the only way to make the text fit the theme for these pictures.