When Japan was regaining their foothold after WWII, they started looking to entertainment as a means of escapism. For the most part, that realm of cheap entertainment turned out to be comics, which led to the Manga explosion we all now know and love. Unlike America, getting a television was considered a luxury, and other than comics, their most common outlet was the movie theater. In A Drifting Life, Yoshihiro Tatsumi attempted to imitate these techniques himself. Some of them were failed experiments, such as spending too much time on one scene, while others such as panning couldn't be replicated properly without losing something in the transition. But there were more successes than failures, and many of the old-school cinematic techniques from back then are still used to this day.

One of the most popularly used ones is where a face is superimposed against the background. This can be either used to show what the protagnist is seeing, or a dramatic closeup of a certain individual who'll be important later. In the former, it's an effective way of simultaneously showing both the background and the character's reaction to what they're seeing. Usually in American comics, we would be subject to the event as shown from the backside of the character's profile, or given two different panels of the same situation. Here, the two have been meshed together into one indivisible entity. 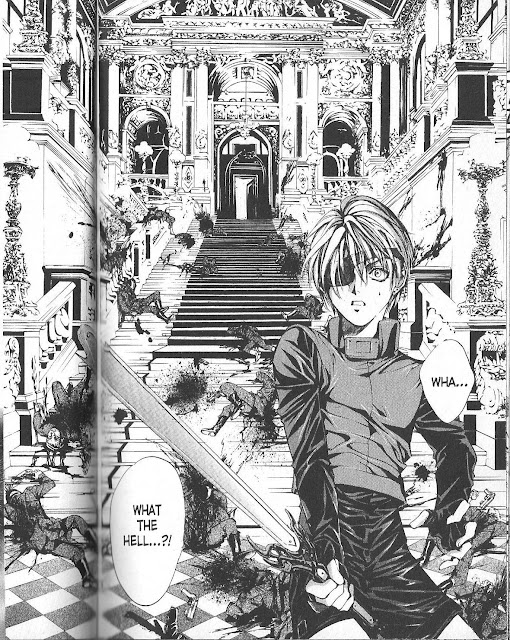 A very common use of the typical Shojo Manga page is collages of emotional dissonance across the page. If they're reflecting someone's inner turmoil, they can show what they're thinking with the help of flashbacks to previous events, or emotional conflict. Alternately, they can show multiple events happening across an unspecified amount of time. 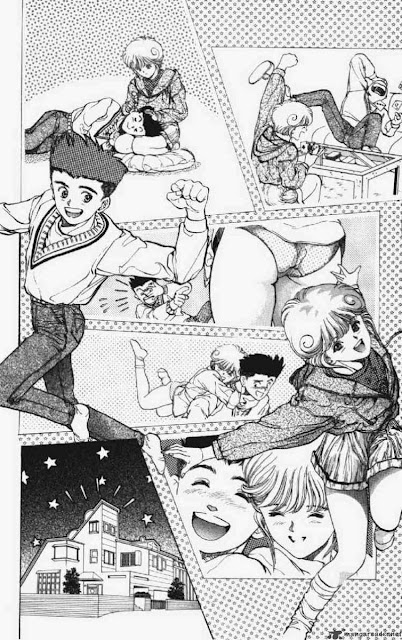 The closest American equivalent would be those montage scenes of crime happening simultaneously. Given the American comic's upbringing originating from an extension of Pulp magazines, (as evidenced in Gerald Jones' Men of Tomorrow) this kind of occurrence was very common. 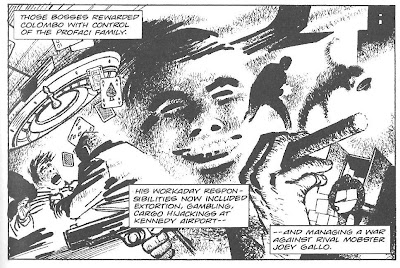 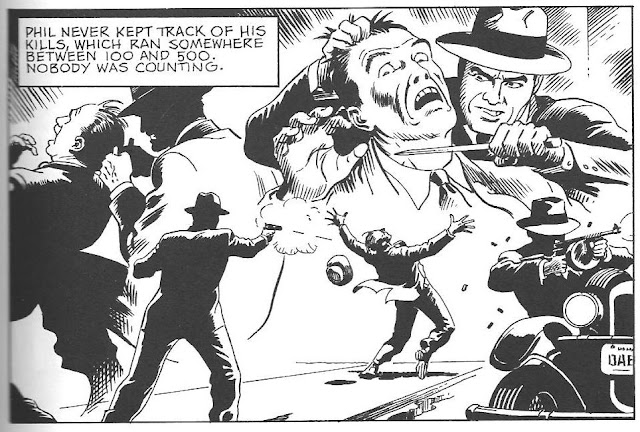 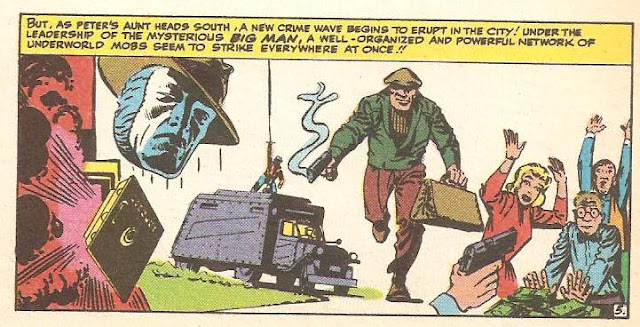 People may complain about comics being influenced by outside media, but it's been that way for ages. Superman didn't start being vulnerable to Kryptonite until the radio show. By the same token, Mangas were influenced by movies, and in turn, movies influence Manga. The first Naruto Vs. Sasuke fight was reminiscent of Neo versus 100 Agent Smiths, and a clownfish was visible in a fishtank around the time Finding Nemo was released.

If you've ever wondered why movies have failed to do proper Manga adaptions, part of it stems from being unable to understand the source material. A bigger element is the lack of understanding the underlying origins of a popular medium. Movies were originally extensions of theaterical plays (hence the name Movie Theater), with slightly different camera angles, which is why so many black-and-white classics and sitcoms have such limited sets. They're the result of a fixed camera (the audience) being shown at a consistent angle for subsequentive takes for the duration of the film. Using actual scenery would cost money, and risk bringing the studio heads' attention on an element that would be cost-prohibitive. Until somebody got the idea that the camera could be moved around and sets didn't have to be so restrictive, movies became more flexible and experimentative.

Since comics operate on a different level of storytelling from movies (though there are similarities, such as storyboards), and because Manga was so completely different from what everybody else was used to, there was a cultural divide with people thinking they'd perfectly understood one element, when they'd only seen a piece of the whole. In their attempt to capitalize on Manga's success, Hollywood has overlooked the humane factor, which was available when Manga was being shaped around movies being produced around that time. That narrative factor is something that's been lost in the wake of overreliance on special effects.

Or maybe they're too lazy to do an actual script that'll appeal to both the fans and new viewers. Outside of the original artists/writers being able to condense the entirety of their 8,000 page comic into a neat 98 minutes and credits, you'd be hard pressed to find screenwriters who'd bother to pump out a half-decent script that wouldn't sound hackened and not rely on pop culture references that won't sound dated three years from now. (Which is also why movies of popular Shonen Mangas such as DragonBall / Naruto / Bleach / One Piece have very little tie-in to the main story and are only tangentially related to the overall plot, but that's an argument for another topic) As a result, most live-action movie adaptions tend to fall on their face when trying to attempt copying something outside their field of experience. And that's perfectly fine with fans who're content to let Manga be done properly in their home country. (Though that's also an oversimplification - fans also get equally upset in finding Anime overtones in movies that only pay lip service to their influences)

However, even Manga isn't free from its own faults, since due to the nature of supply and demand, comics are ubiquitous as a languagein Japan that isn't present anywhere else. Comics are used to explain EVERYTHING, from instruction manuals, to mechanics, to calculus tutorials to how to read the dang things. As a result, the need for handy-dandy narrative comics being available in a hurry means that the artists will have to take some shortcuts in an attempt to keep up and pump out as much material as possible. To act any other way in a cutthroat business would be suicide. (Not Karoshi - that's just overworking) In many cases, they'll often resort to using visual shortcuts which only becomes obvious once you take some time to reflect. 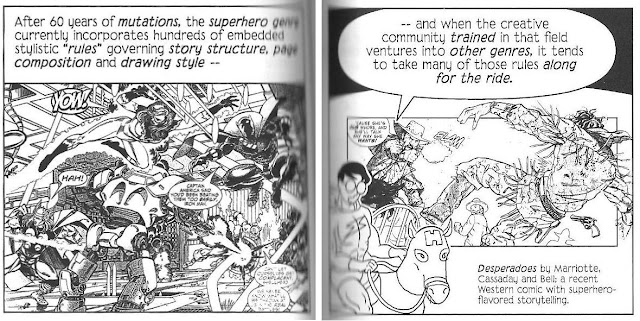 Way way way way WAY back when I was still starting up this blog, I casually made the subject heading of a common theme in movies and TV shows, where a character will throw something to another person, and they'll catch it. It can range from anything from advertising soda pops or car keys. Basically, anything that can be thrown over a distance across the room. 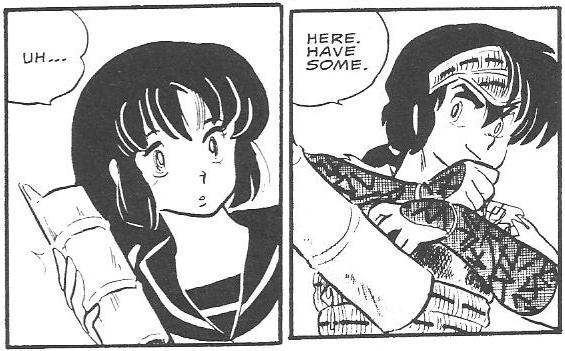 However, when I started doing some research on whether this particular trope was common in Manga, since they're particularly adept at conveying action directly lifted and influenced by Movies / TV shows, I had trouble finding many instances. I thought for sure that there was something like this that happened in Hikaru no Go, but couldn't find it. (I might've been thinking of the author's notes on doing promotional advertising for a water bottle that Waya was picking up) 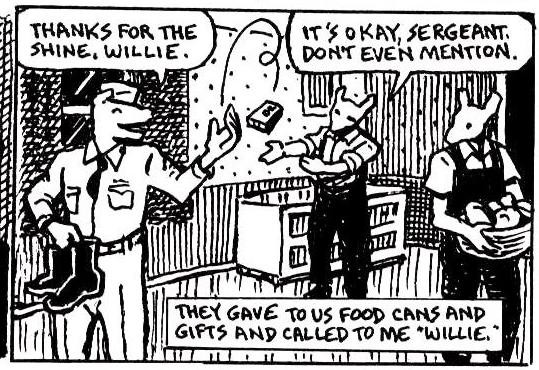 Jiro Taniguchi is a well-known and respected Manga artist, even though some people feel that his realistic depictions of everyday life is somewhat stiff. Summit of the Gods is a Manga about man's need to climb insurmountable mountains, the need to express himself through such arduous tasks, and early on, a climber helps his partner out by throwing a pickaxe at his face. 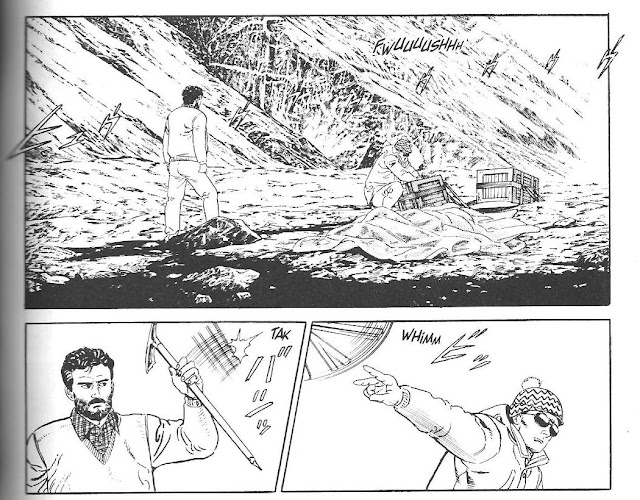 If his partner hadn't caught it, he could've been the victim of a very unfortunate accident. (Or the perpetrator of a perfect murder in the vast wilderness) In another similar event, there's a pivotal scene in Banana Fish where Cain throws an uzi several floors up, and Ash manages to catch it single handily. 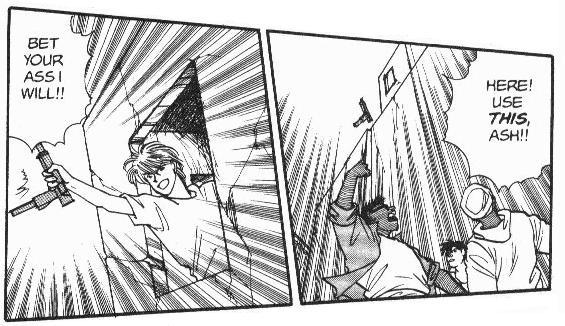 Jerry Seinfeld could hardly manage to throw a package of rye bread up a window, and George could only manage with the help of a fishing rod. For a semi-realistic Manga about mind-control drugs and gang warfare, this particular scene stood out for me. Now, since these are fairly young protagonists and have had more experience at this sort of thing, maybe they're more used to this kind of thing than middle-age Yuppies, but I'm willing to guess that even trained guerrillas would be hard-pressed to recreate such an impossible task even with years of training.

Another pastime event that everybody in Japan seems to enjoy is lying down on riverbanks. 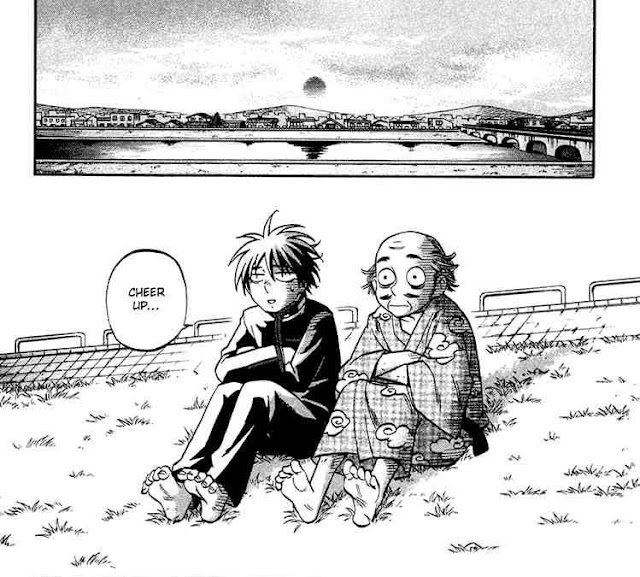 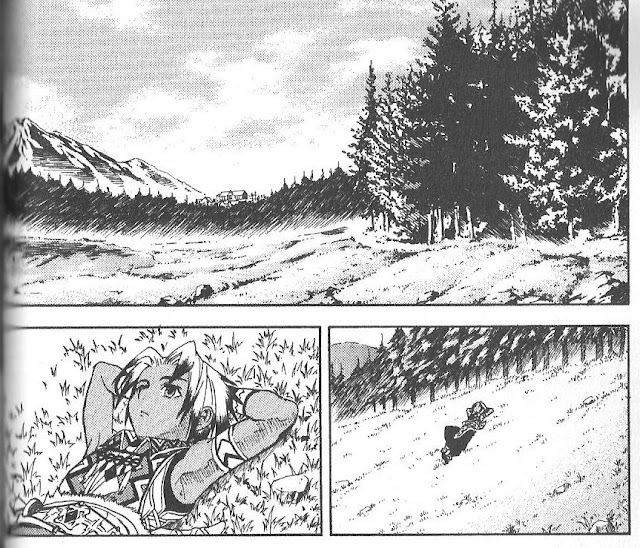 However, even this idyllic scenario can be hilariously overused. In this page from Psychic Academy, everybody's squatting on the floor of the apartment building roof, but because of the perspective, it looks like they're sitting at an incline. 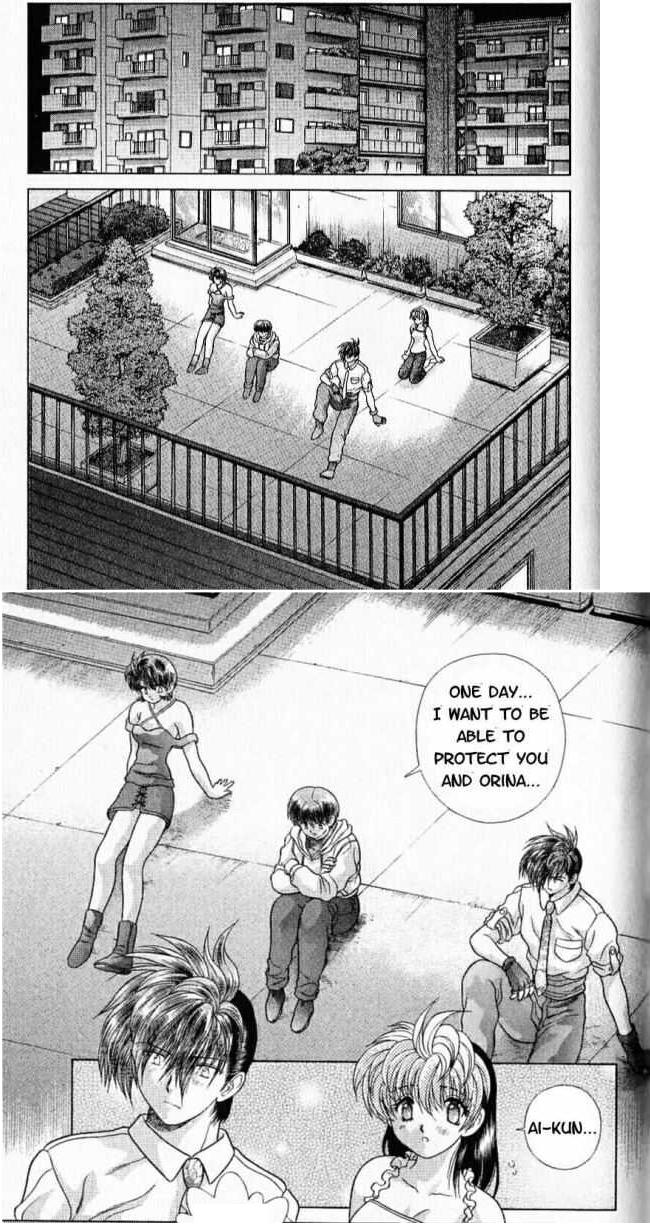 If we rotated the camera angle to a lower position (as evidenced by this handy-dandy MS paint picture), we'd see that they're actually sitting flat across on bare concrete. You'd think chairs would be more comfortable.

I once read a Yaoi (maybe Shonen-Ai) Manga about Angels floating in the air lying on cloudbanks, and they were acting like they were on a riverbank. There are probably other instances of such visual mix-ups, but I haven't found them yet. Stock poses are a common staple, since they're easy to use, and implement in any given scenario, though it cuts down on the usage of original body language. How many instances are there of somebody landing with one foot to the rear, and one hand in the front? Or making a speech by spreading their arms? Count them all up, and you'll become intoxicated in a drinking game.
Posted by DeBT at 10:30 AM