Starting next year, I thought I'd do something slightly different with this site. 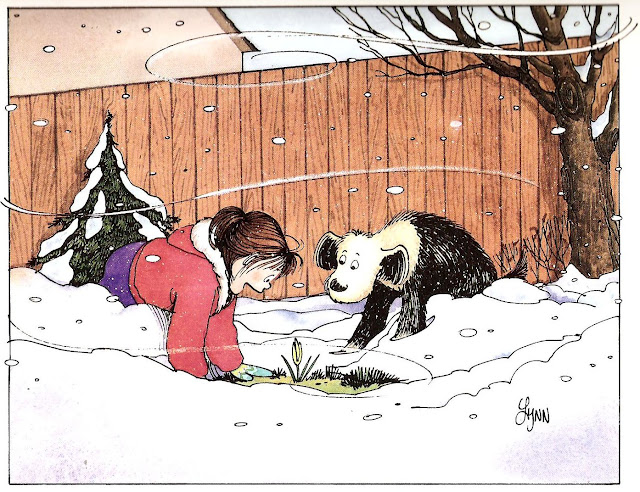 On a recent episode of The Good Wife, a member of the jury mentioned that she had a blog that registered an average of 45,000 visitors a day. For a site about buttons of all things. Granted, her numbers were probably inflated due to the fact she updated at least twice a day just to jot her thoughts down, and to sound impressive in Hollywood terms, but they're still much larger than my figures, which are too embarrassing to mention in comparison.

I've noticed that most of the more popular comic blogs have a particular theme that they return to that ensures repeat readers, which is something that I'm sorely lacking. Mike Sterling has Swamp Thing, his Sluggo Saturdays and End of Civilizations. Dorian Wright has WildCat, his Gay Previews and Flops. Chris Sims has Batman and his Anita Blake / Tarot reviews. Neilalien had his Doctor Strange and daily updates. Valerie D'Orazio had her autobiographic traumatic experience as an S-hero writer. K-Box has his chart of monthly Spider-Man sales. Kleefeld has daily updates and his Garfield mash-ups.

Apparently, doing various short essays of slightly obscure Sunday comics isn't enough to guarantee repeat visitors. Not to mention that my mini-essays aren't considered long enough to attract a loyal and devoted number of return readers, especially since I only update at least twice a week, if I'm lucky.

I determine whether enough time's passed between the last time I raised the subject material in a previous post. I change subjects with pretty much every entry, because I don't want to get tied down to any one specific comic field, and my mind has a tendency to wander all over the place, depending on the latest news feed, whatever I've eaten that morning, or the general mood I'm in. One day I'll feel like posting an ambitious parody script, the next, I'll feel like blogging about an obscure comic I've just read.

Part of the reason my interests range so widely from Sunday comics to European BDs to Children's books to Manga is because I'm attracted to anything that has a good combination of words and pictures. Usually I scan various comics with the intent of creating a future post on them, and then completely forget about them until I chance upon them later. As a result, I have a very sporadic and eclectic range of tastes that may not be to everyone's liking, especially since people tend to favour one medium over another. I realize that this rapid switch in subject material might be offputting to casual readers who're expecting lighter fare, and therefore, gives them less of a reason to return.

Therefore, I've decided to have a consistent theme for the next year. At the beginning of each month, I'll be displaying the interiors of the various For Better or for Worse calendars that I've kept over the years. One month at a time. Many of these have never been collected before, even with the omnibus collections. Hopefully, this might spur other people to feel the need to share their personal calendars. I've only got five For Better or For Worse calendars, because for other years, I had other calendar choices. For some reason, it could be extremely difficult to find the proper cartoon calendar I wanted. The sad irony is that once For Better or for Worse calendars stopped being hard to find (in their home country no less), they started showing only reruns of Sunday comics, instead of single panel comics.

Whether this will actually increase my numbers remains to be seen. I don't expect an immediate pick-up just from posting a few pages here and there, but eventually, the months will accumulate, and people will start paying attention and start coming back on a regular basis. Hopefully, I'll even get some regular commentary for some of my entries. I'm more likely to be inspired by the feedback of my audience who bother to voice their opinions. I'm a stimulus-responsive kind of guy. 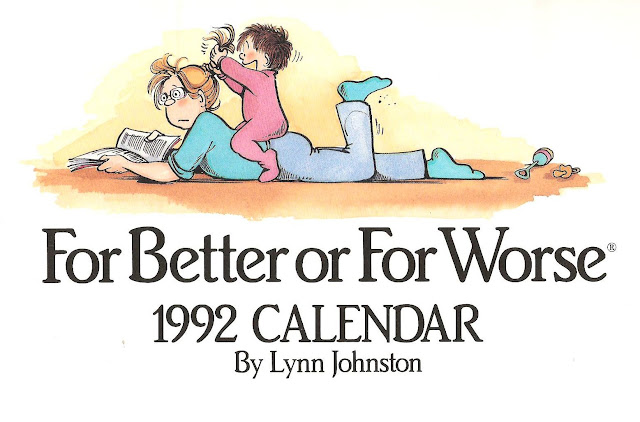