On Sunday, the fringes of Hurricane Irene hit our shores with all the media hype of a poetry signing, which is quite ironic, given how weather-conscious Canadians are. We're obsessed with any piece of forecast, no matter how mundane it is, since the mention of a slight breeze could spell either a perfectly mild day, or a pouring monsoon on any given workday. Part of the reason there was so little news was because it took place on a Sunday, and most of our news outlets is on standby until Monday. By the time the storm hit, everybody was enjoying their day of rest, and ignoring the weather outdoor, until it started to impact the lives of people. 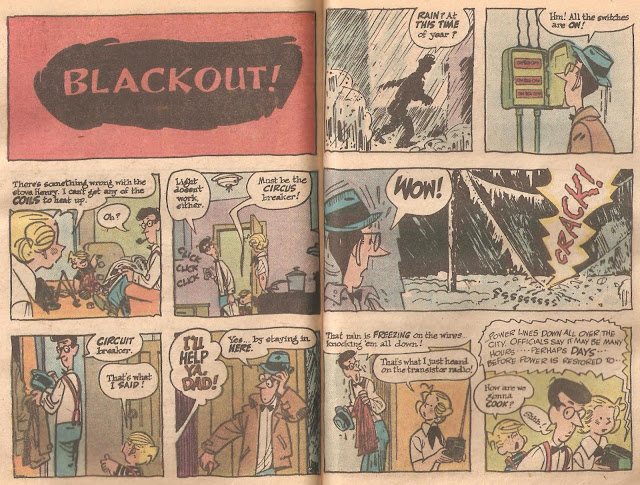 I was browsing the internet, doing nothing particularly important, when the power abruptly went out. I'd overconfidentially thought that this would be nothing more than a little storm, and the whole thing would blow over. When the computer blinked out as well as all the lights in the house, I simply resigned myself to my fate. The more often I get exposed to a certain traumatic event, the more desensitized I get to it.

I first went around turning off the power switches for the computers, so if (when) the power came back, it wouldn't create a power surge and risk frying the main CPUs of our hard drives. I'd gotten so used to the layout that I was able to figure out the location of the switchboards by feel alone. After that, there didn't seem to be much point in doing anything else - the DVDs I'd taken out wouldn't work, I couldn't play any video games, I couldn't even do any creative writing. And I normally preferred to read my with the light on and blinds closed. Under these situations, I'd have to read with the lights off, and the blinds open, which would ruin my enjoyment somewhat.

Without anything else to do, I spent most of the day just lying down feeling tired. While there are people who say that the dependency of electronic devices dehumanizes us, there's the other side of people who're utterly dependent on electronics to survive. I'm an artificial man who needs electricity to feel normal. I wouldn't be able to communicate well in person if I didn't have my hearing aids to compensate for any sounds I might miss. Would these anti-technologists insist that I just "listen harder"? It's like asking a heart patient to operate without a pacemaker. 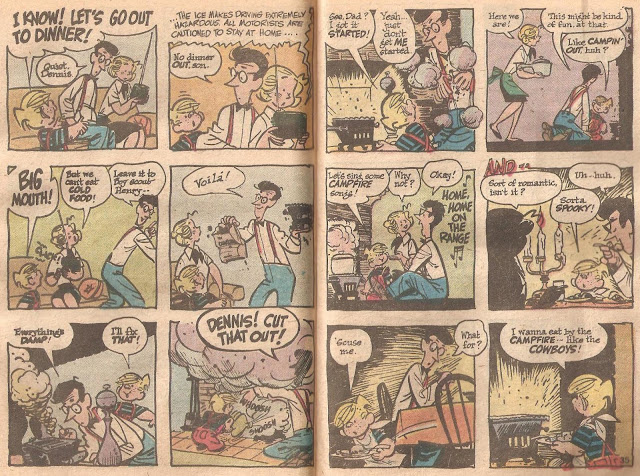 By the time I got up, it was still slightly light out, and I was amazed it was still 7:00. I finished reading a book about a rich kid (Elliot Allagash) who was a cross between Yoichi Hiruma and Douglas Fairchild in the pale cloudlight. When it became too dark to read, I settled for reading the remaining pages by flashlight. My mother who tried to complete her dossier wondered how novelists such as Leo Tolstoy managed to do their reading and writings by candlelight. The constant flickering was even more annoying than a fluorescence bulb. I suggested reading with her back against the candle, but it didn't work out too well. 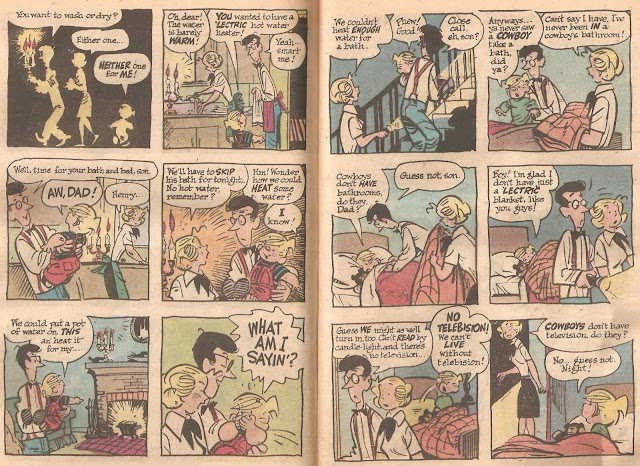 I started off on a tangent that in the olden days, people were too concerned with living on a day-to-day basis than actually bothering themselves with silly pastimes such as reading, which was why they relied more on oral narratives. Oralists debased writing, because they felt that it couldn't possibly match the intensity and emotive power of someone speaking in the presence of their audience. (though writing certainly made it easier to understand what these people were talking about) Before Nikola Tesla invented the 20th century, people must've been bored out of their minds.

In the meantime, our food was limited to what was lying around that could be eaten without opening the fridge. There wasn't much. The others cooked canned Campbell soup using a fondue stove, no milk. I settled for matzoh with peanut butter and jam. Crunchy, but it makes a terrible mess.

I wasn't feeling that hungry anyways. I was too worried that the food in our freezer would go bad without power, since the last time we had a massive city-wide power failure, we had to cook everything so nothing would go to waste. It was extremely distressing, because I'd just bought some pizza rolls from a meat man who sold his wares from Toronto, and was in semi-retirement, so he'd only come every year or so. These pizza rolls were some of my favorite snacks, and I'd stocked up on a large batch so I wouldn't suffer from withdrawal until the next visit. When the power hadn't come back as soon as I thought, I thought I'd have to cook two years supplies in one night (I like to stock up). 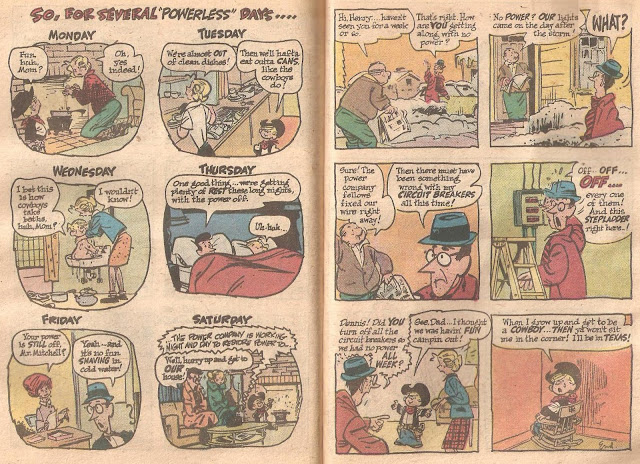 The one major plot hole of this Dennis story is that his parents are utterly ignorant of their block getting power back until they find out from Mr. Wilson. This isn't like the Simpson's version of Australia, where the closest neighbor is 20 miles away. For anyone who's been without electricity for a long stretch of time, they'd instantly jump on the latest current when it became available. My block is notorious for having our houses across the street getting their power back before us, and we often gaze at them in envy while cursing the power company for ignoring us. The only way Dennis' parents could be clueless for so long would be if they were utterly blind to this newfangled "electricity" thing.

The really ironic thing is, this post won't be identifiable to these people whose homes are still without power, until they get their electricity back. At least the power outage isn't as bad as in China, where they lose power at least twice a day. It can't be easy to save anything on the computer unless you save every five seconds. This kind of thing is why I'm hesitant to turn any electronics back on until I'm sure the power's really back, because I've had times when the power turned out as soon as we blew all the candles out, and we had to re-light our candles again.
Posted by DeBT at 10:13 AM