Can you hear me now?

A week ago, at a dinner gettogether, we were talking about various subjects around the table, and somehow the conversation drifted to a serious medical condition my mother had when she was younger. She talked about how one day she was so sick that she could barely function. Her throat was so sore, she could barely croak out what she wanted on the phone.

Her condition was so destabilizing that she couldn't even contact her doctor properly. This was back before we had our family doctor, and she was seeing somebody else at the time. Her substitute doctor said she would call the pharmacy to send some medication. However, due to either forgetfulness or a misunderstanding, the meds were never delivered.

Finding his recommended doctor to be unreliable, my father decided to take matters in his own hands and brought her to the ER. It was a good thing he did, because there was a very real risk that she could've died from less attention, since the infection had spread from her throat down to her heart. As somebody who suffered a rare case of late-stage Kawasaki during my high-school years, I could certainly relate.

As par for the course, halfway through her story, rather than contemplate the mortality of never being born, I was already thinking of a similar comic I'd recently read. I wanted to show it to her, since it fit perfectly with what she told me. However, since I'd already returned the comic back to the library and it was closed, I had to make do with the next best choice, that being the For Better or for Worse strips shown here.

When the library opened again, I was able to find the relevant comic in question here: 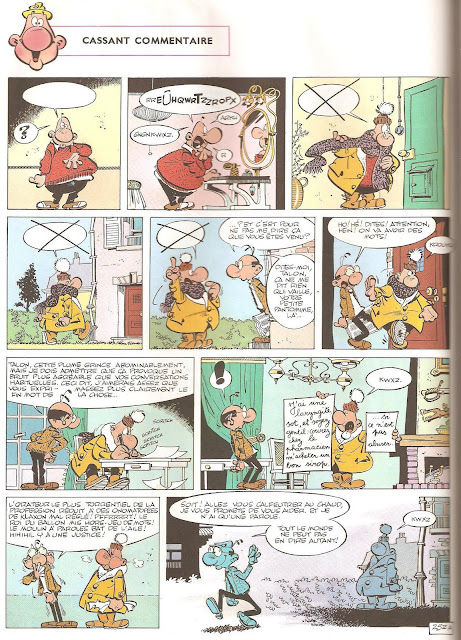 Understanding what the long-winded characters are saying isn't important. It's how they say it. You just need to look at the pictures to understand what's going on here. 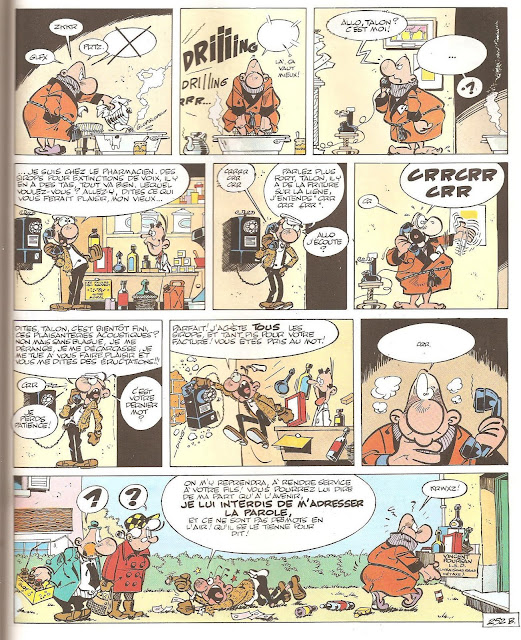 This is my talent. No matter what anybody is talking about, I'm somehow always able to dimly recall an obscure long-forgotten comic or funny paragraph I read ages ago. Too bad I can't include it on my resumé without fear of copyright infringement.
Posted by DeBT at 12:47 AM