Wanted to do a small follow-up to my Veteran's Day tribute. Pat Mills often lamented that there weren’t any Historical War Stories that covered any of the grounds that he was unable to write, such as the Iraq presence in the first World War. (That later theme was covered in Rebellion.)

So far, only Garth Ennis’ War Stories seems to be among the relative few that manage to do the research and be lucky enough to have artists willing to do their illustrations for him. I’m not usually a fan of War Stories, since there’s a sense of futility to most of them, but there were two stories Ennis did that I particularly enjoyed, both of which dealt with a small group of men. One was Screaming Eagles, the remainder of Easy Company being ordered to safeguard a house at the end of the second war, and most likely influenced the HBO series Band of Brothers.

The other was Condors, about four soldiers from opposing sides bunkering under a bombing bombardment during the almost unknown Spanish War. Each of them took turns talking about their reasons for fighting. In particular, I wanted to point out a certain Socialist Sergeant: 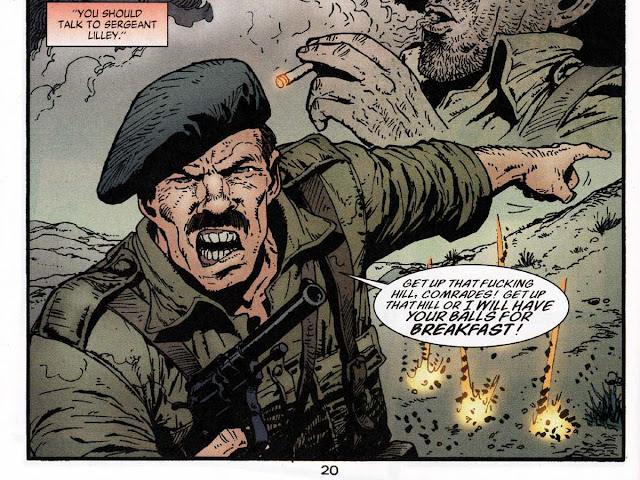 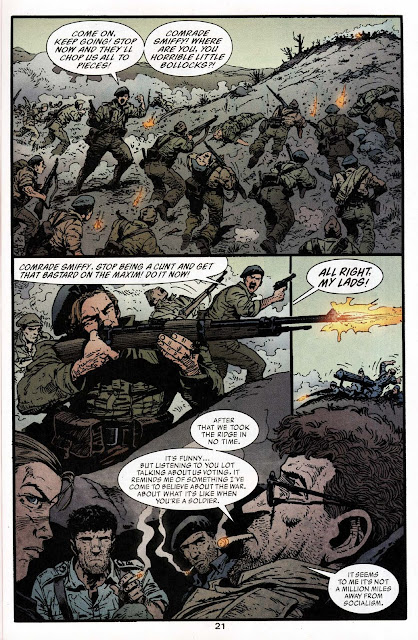 Quite an enthusiastic cheerleader in the vein of Full Metal Jacket, ain't he? Of course, it doesn't last for long... 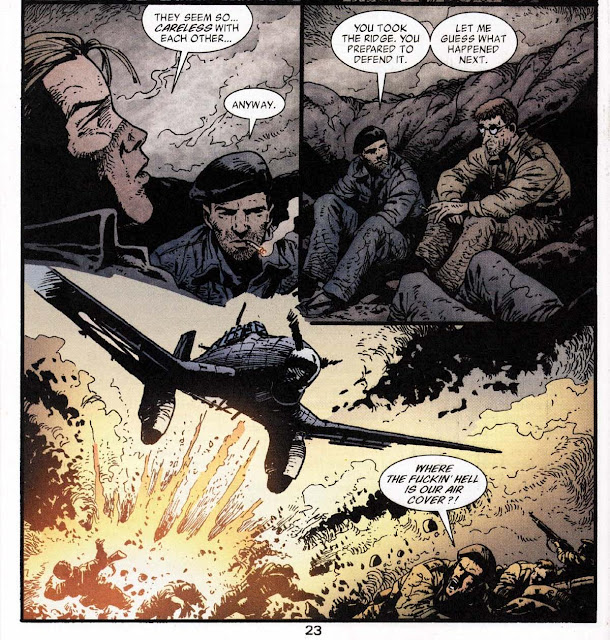 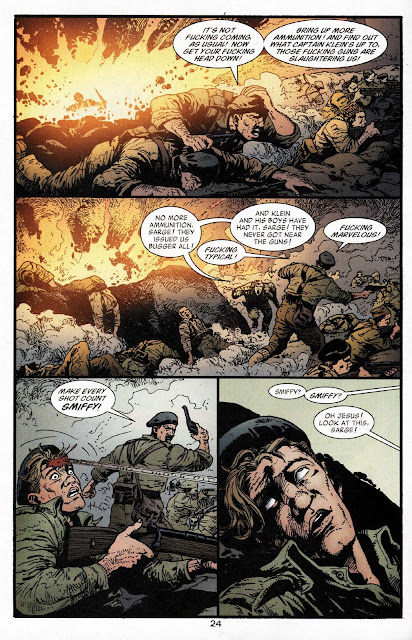 So, faced against increasingly diminishing long odds, what does he do? 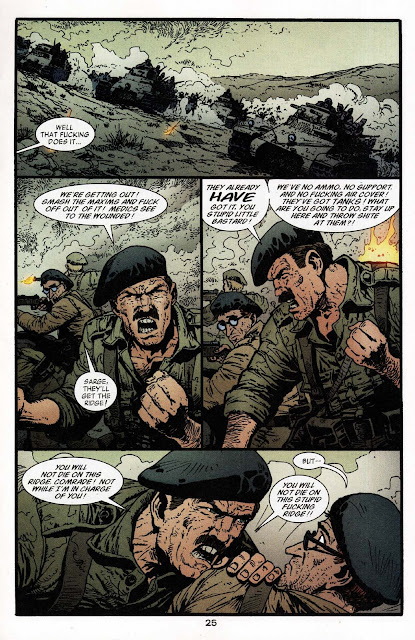 Sergeant Lilley may have been based on a chapter in Alvah Bessie’s Spanish Civil War Notebooks, but its just as likely he was influenced by Bill Tozer, since Garth Ennis was living in Britain at the time Charlie’s War was serialized. He even does the afterword for the second volume talking about how his favorite artist was no longer working on an airplane story, and was now working on a WWI comic.

Bill Tozer might be a watered down version of Sergeant Lilley, but don’t let that discourage you. He’s watered down only in the same sense that Duke from Doonesbury was a watered down version of Hunter S. Thompson. Even in milder form, Duke was crazy enough to do things that defied common sense, such as putting land mines on the couch to keep the dogs off them. This brought the uncomfortable question of, “What dogs?” Even though all this was done off panel, it should give you some idea of what Bill Tozer is like.

All in all, he's a much more three-dimensional Sergeant than another I could name.
Posted by DeBT at 9:55 AM