Koko be Nimble, Koko be Good

After the recent discussion of the lack of success of homegrown Manga, it would be remiss of me to not support such works when they're worthy of spreading the word and letting the outside world know they exist.

One such work I recently read that impressed me was Koko be Good. When I first read the first chapter, I was rather bored, since it started out very wordy, and focused on a lonely guy pining for his girlfriend who was currently in another country. It seemed like another one of those books that would be the archtype for those stereotypical "oh-woe-is-me" autobiographical comics. Things only perk up when the titular character pops up. From that moment on, Koko litererally steals the show with every appearance she makes. From her free-spirted personality to her expressive appearance, everything she does make her a joy to look at. 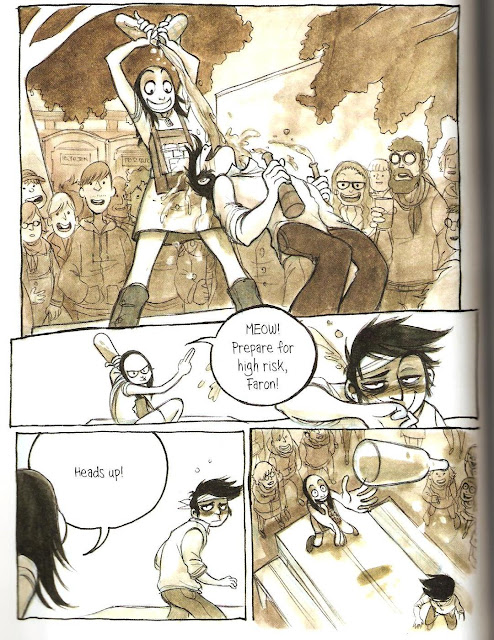 After her gatecrashing entrance, before she can be arrested for trespassing, she makes off with Jon's taperecording from his overseas girlfriend in the confusion. So it's up to him to track down this elusive maniac girl. While it seems like an obvious setup for a romantic comedy between two opposing people, I'm glad to say that the story doesn't follow those conventions. Jon manages to find Koko and get his tape recording back (slightly overtaped though), but the two of them still go off their paths in their separate ways. They converse with each other, but there's never any sexual tension or chemistry between them. I'm always impressed when there's stories done without having to rely on gender roles. 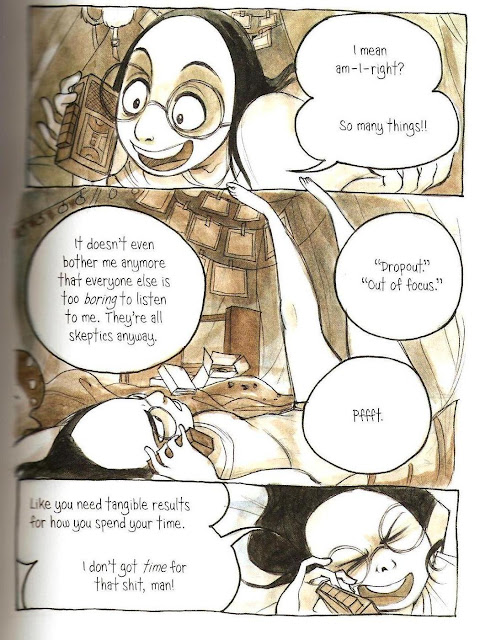 Koko's character design and personality reminds me a lot of the snake-girl-like appearance from Solanin. This isn't a knock against snake girls - I find that the wide mouth gives them an incredible air of expressiveness. Just look at the popularity of Gin from Bleach as an example. My first experience with a Snake Girl was one of the cast members in the out-of-print Mr. Arashi's Amazing Freak Show who didn't appear in the book. I wondered why she didn't appear, despite looking much better drawn than the other characters. It wasn't until years later that I found out it was an in-joke reference to Kazuo Umezu's Reptilia. That's the kind of thing that'll fly over your head unless you're paying attention. 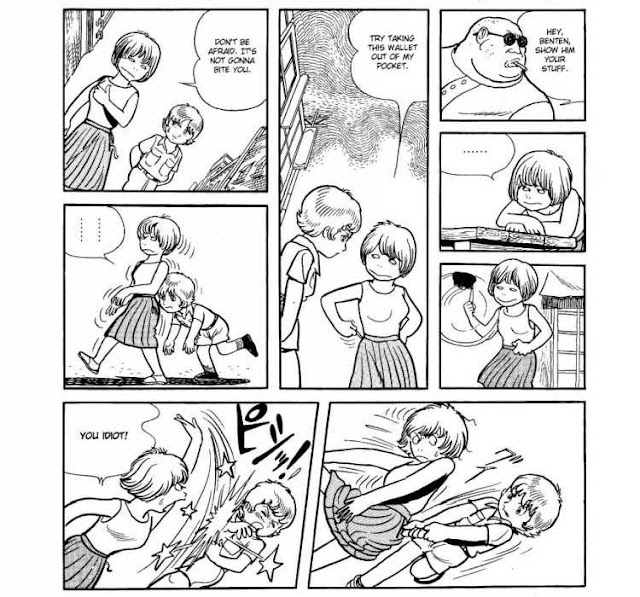 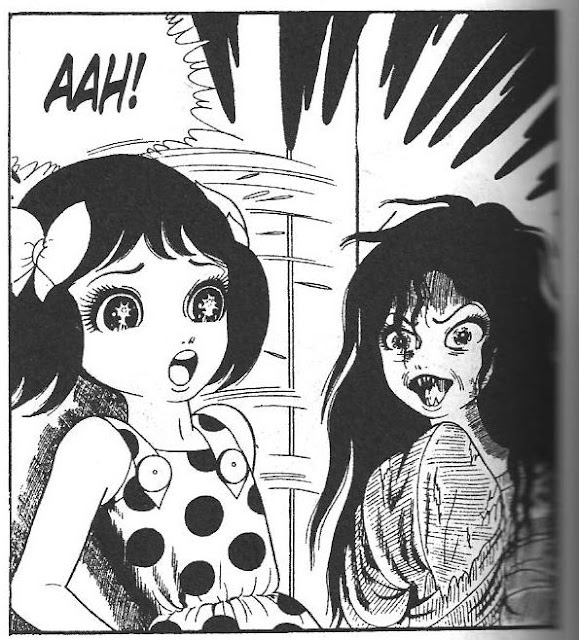 Where was I? Oh yes, Koko. She's impressed with Jon's devotion to his girlfriend overseas (even as she ridicules him) and decides she wants to contribute something to society. She thinks that the best way to do so is to donate money for a underpriviliged child. Trouble is, she's something of a dilettante and can't settle down on any one job to acquire the funds she needs. 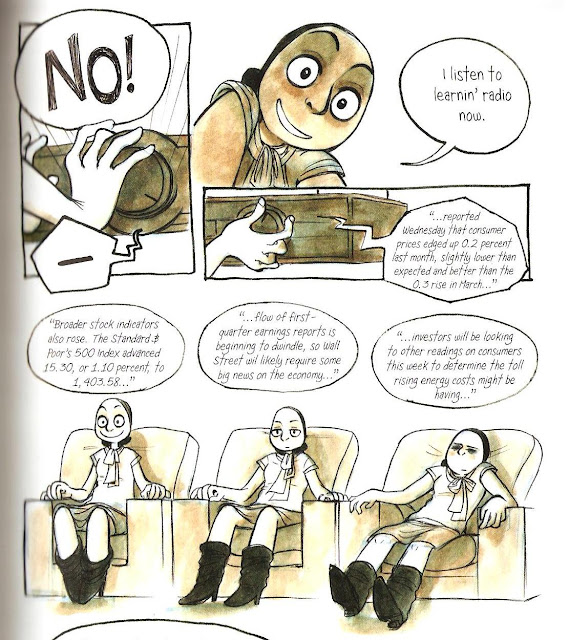 One thing that I really liked was Jon's pose here: 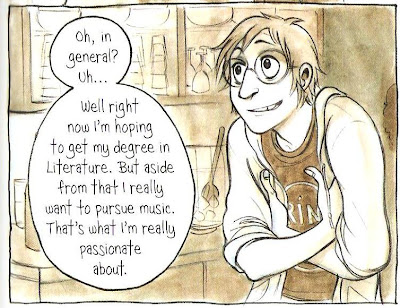 While most Manga characters usually put their hands behind their necks when they're slightly uncomfortable, it's also become something of a shortcut for too many artists. Check out the positioning of multiple Mangas, and you'll notice that there are a lot of similarities between character's stiff poses. When someone's making a speech, they'll spread their arms across to take up room on the panel. But not everybody worldwide uses the same positions like everybody else. It's important to have as much variety as possible to gain that sense of authenticy. The fluidity of the charater's body language also helps here.

This review covers a lot of the subtlety that I missed when reading it the first time around. I'm much more interested in the mechanics behind a comic and whether they work or not. Trouble is, with works like these and Solanin, when it comes to recalling a specific piece of dialogue that stands out, nothing comes to mind. It leans too much into real-world conversations, which is generally unmemorable, such as it is. That's fine when you're conveying a realistic world view - neither overly optimistic or pessimistic, but somewhere in between. But it makes it incredibly difficult to pinpoint a point you're trying to make.

This is the kind of story that I'd be incapable of writing. When I tell a story, I always do so with the intent of choosing the most interesting path possible.