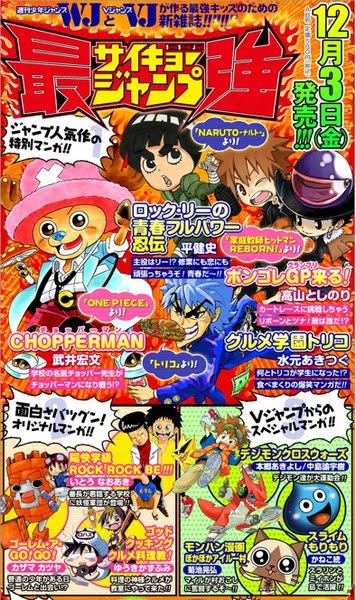 When I saw today's announcement of a Shonen Jump magazine that would have stories of Chopperman, Rock Lee, and whoever's going to show up in the Hitman Reborn! and Toriko spinoffs, I felt very apprehensive. It got worse when I saw that these side stories were going to be done by artists other than the original creators. The reason I was feeling uneasy was because it reminded me of this: 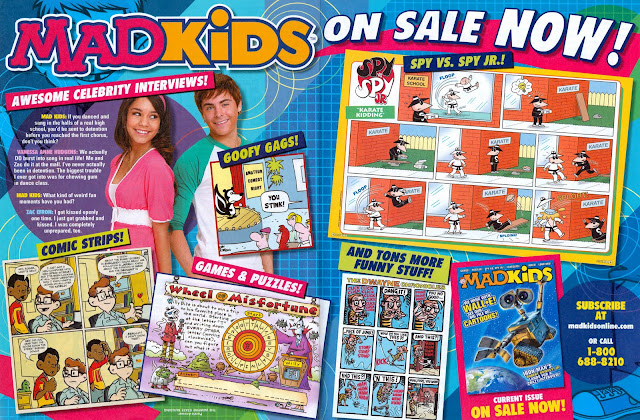 Even Chibi Spies couldn't save the languishing comic magazine from floundering and reducing it's distribution from monthly to a bi-monthly schedule. (It needed a well-deserved break after too many issues of unfunny articles) This doesn't exactly bode well for a Manga magazine that once boasted sales of 3 million and now seems to be relying on gimmicks such as these. It makes them seem desperate in finding readership.

The fact that it's going to have three new Mangas doesn't exactly ease my suspicions any. (It also has three Mangas that're running in a video game magazine) I've heard rumours that the monthly magazine, Jump Square, is more successful in terms of creative stories that the regular weekly magazine isn't.
Posted by DeBT at 1:49 PM