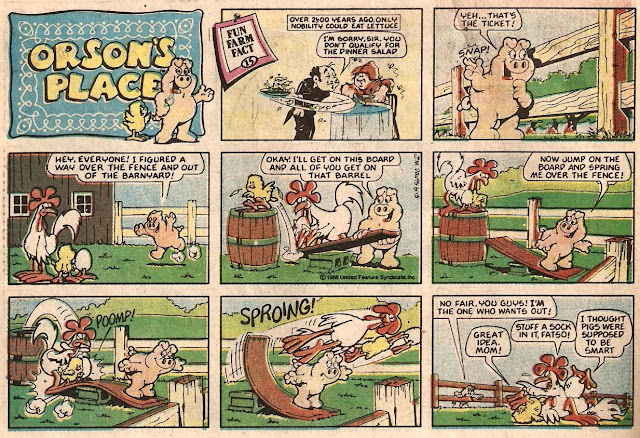 I never expected to do an update of an earlier entry, but it seems that somebody's been making enough noise for Jim Davis to reconsider giving more attention to his lesser-known strip, U.S. Acres. (That, or everybody he would have to share copyright fees with have finally died off) 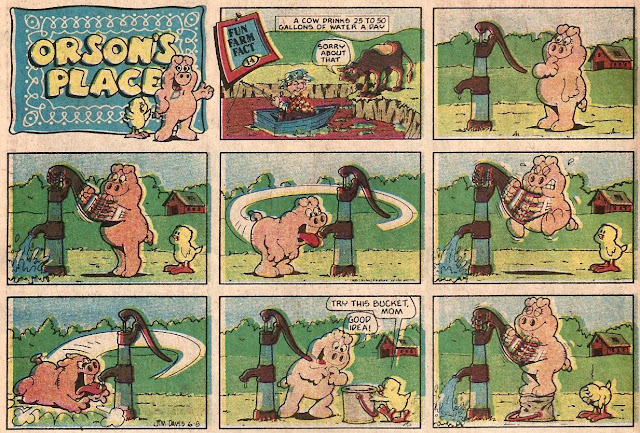 The interview in question doesn't have too much factual information, save for that Jim's cat is named Pooky, after Garfield's teddy bear. (Sometimes called Pookie in some spellings) The relevant paragraph in question is as follows:

During Garfield, you also created the comic strip U.S. Acres. It ran for three years from 1986-1989. Might we ever see a "complete collection" book released of U.S. Acres? I love Garfield, but I also loved U.S. Acres and would love to read them all again! -- Steven B. in Los Angeles
Wow, Steven B. If I didn't know better I'd say you were a plant. Starting on Friday we're going to start running a U.S. Acres web comic on Garfield.com/
For those of you wanting to skip straight to the farm strips in question, click here: 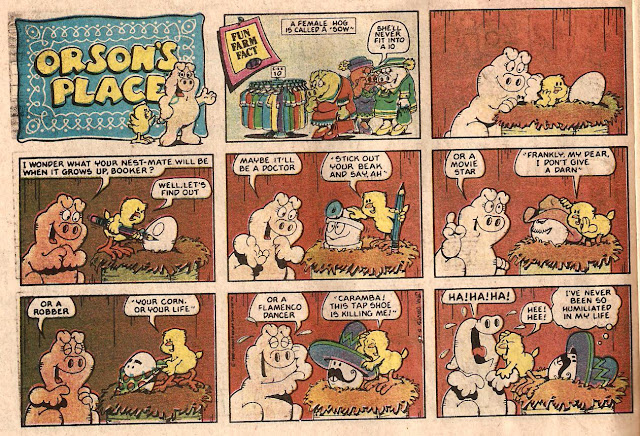 After going through the small archive, I noticed several things to my dismay. The strip starts at the beginning of August 1st, on a Friday, skipping out on over five months of the comic, when Orson was still being bullied by his brothers. They're still available on PlatypusComix's site, but we shouldn't ahve to rely on somebody else's page to get what we want. Not to mention that they were missing the "Fun Farm Facts" that were part of the comic's original run. (The fact that they're recoloured and flash-based seem miniscule in comparision) 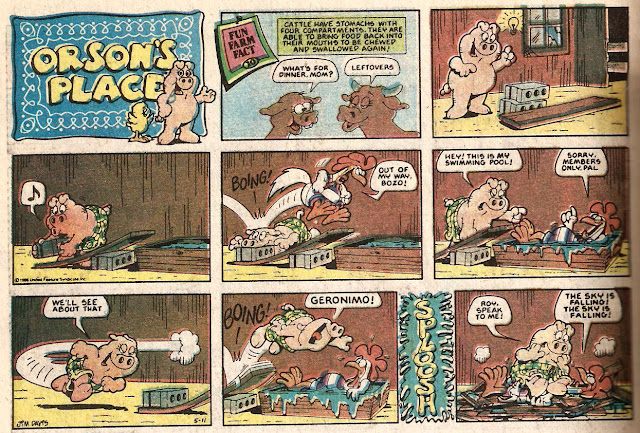 One thing I liked about the Fun Farm Facts (FFF's) were that sometimes they were part of the main story: 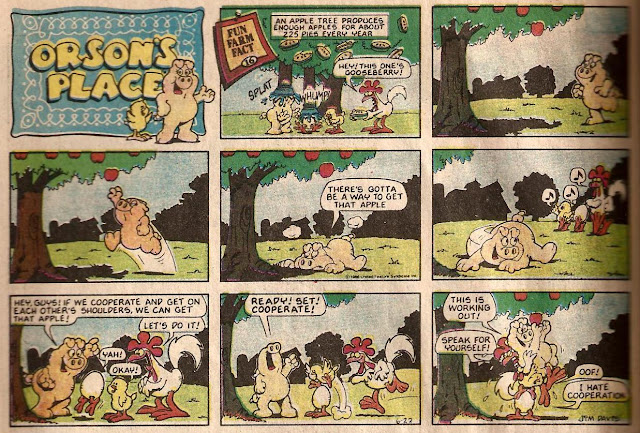 While I could make the conspiracial theory that Jim didn't want to pay tribute to the people who mailed in these FFF's, the sad truth is that some of these "Facts" are more obvious than informative trivia. 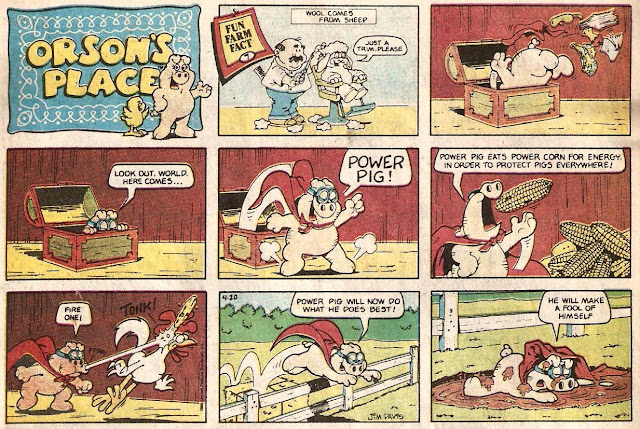 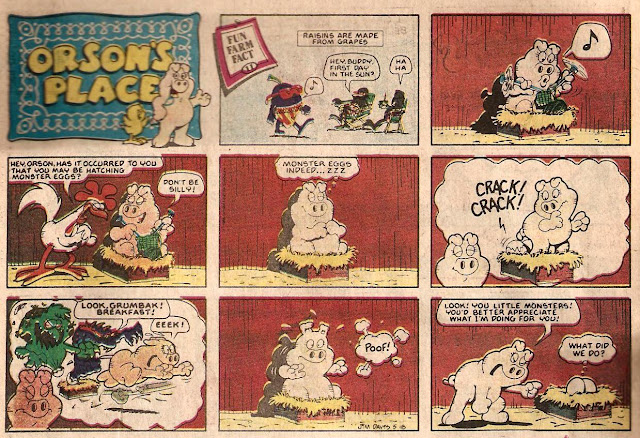 While scanning the rest of the Orson comics I hadn't shown yet, I noticed that the number for the 5th FFF showed up twice in two weeks. This might've been an early mistake, and to anyone who's still lucky enough to have the entire collection sitting somewhere, add one more number to the final total. 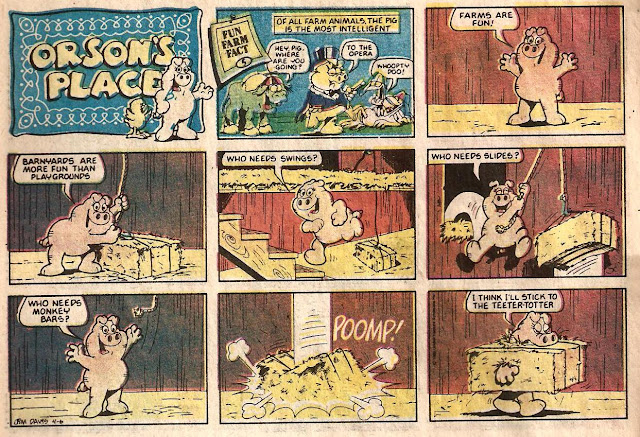 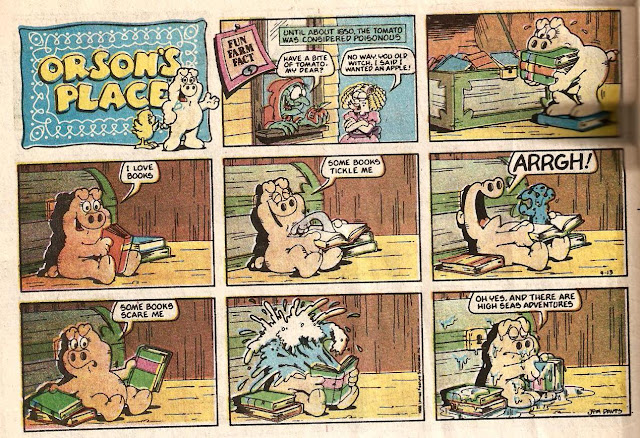