I wanted to repost some of my thoughts I made when Valerie D'Orazio looked back at the debut of Image comics and the rise of such stylized "artists", like Rob Liefeld:

The interesting thing is - I thought that American comic art was supposed to look ugly. I'd grown up reading Newspaper comics and Archie/Harvey books, and the stark contrast between these two styles always confounded me. I couldn't even distinguish one artist from another - and that's including the Archie comics. In my mind, all "realistic" S-hero art was supposed to look unfocused & scratchy. (This was certainly apparent when the Archie Ninja turtles had differing art styles, and I had trouble focusing on any one, since it changed all the time)

It wasn't until I read DragonBall that I was finally able to distinguish one art style from another. Of course, I only entered American comics not around the time Superman "died", but when he "came back to life". I'd never even heard of Liefeld before everybody started hating on him before, and wasn't even interested in anything the Image guys did.

The point is, I was better able to identify with clean artwork than straight-up realistic versions of people. For some reason, fans are utterly devoted to portraying S-heroes this way, even though media has shown otherwise. (Mario surpassed Mickey Mouse in popularity at the time of his debut)

I also posted a comment about the history of the Image founders that I can't find right now, so I'll recreate it from memory. Basically, the whole reason Image was created was that there were a group of artists who'd gotten popular by drawing various S-hero comics for the regular comic companies, Marvel & DC. They'd grown dissatisfied with the current crop of comics they were drawing, and wanted to branch off into stories they wanted to tell.

So they broke off, and founded their own company, Image. And they produced... S-hero comics. Only with guns, skin and hyper-violence. All the stuff that they couldn't show within the more restrained family-friendly comic companies. Image now has more variety, with other indy-based stories, but the stink of their foundation has still stuck with them. When your main audience is the S-hero crowd of the direct market, there's not much room for experimentation there.

Conversely, in Europe, there were a group of cartoonists who'd grown dissatisfied with the current crop of comics currently being produced, so they broke off and formed their own company, L'Association. And they produced... comics such as Dungeon, Epileptic, and helped Marjane Satrapi create Persepolis. Quite a far cry from Image's concept, even though they had similar intents. (And those are only the titles that've been brought over & translated here)

Also, an interesting alternative regarding the Liefeldian woman with looooooong legs - it's easily comparable to how Shojo artists tended to portray their leads. Not just the women, but the men had legs that were longer than their upper bodies. Just flip through any random page of Swan or Eroica, and you'll see what I mean. 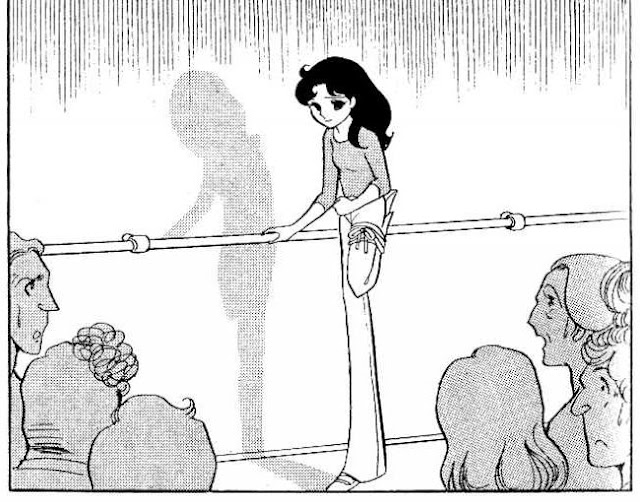 For those of you not in the know, the long-running Glass Mask is the Manga that's influenced the modern-day Skip Beat! This was one old-school Manga I was hoping CMX would pick up before they went under. Every day, I browse AnimeNewsNetwork in the vain hope that this series will be licensed. The updated Anime version has been released, but for some reason, I prefer the old-school version.

Here, Maya of Glass Mask fame is binding up her leg to better portray a limping hospital patent. Even ignoring the fact that her bellbottoms are obscuring the lower part of her feet, bending her leg like that should have it extending enough to touch her hair behind her back. (Get a ruler, do the math)

Granted, this is more of a stylized choice, and such things only become obvious upon multiple readings. Of course, this isn't limited to just Shojo Manga: Keisuke Itegaki of Grappler Baki fame also has a tendency to go overzealous in his portrayal of the male body. ALL of the men in the Manga are overly muscled to anatomical proportions, and their feet are usually perpendicular towards the botom of the panel. His telltale artistic shortcuts are detailed whifts of smoke/dust of the fighter's actions, baggy clothing to hide their limbs and the dramatic lack of detailed backgrounds. 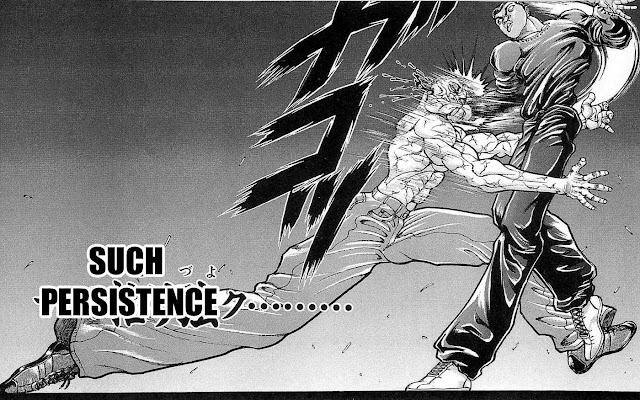 As one reviewer of the series said, "While most Shonen titles are about fighting with various side stories sprinked throughout, Grappler Baki is weird in that it's only about fighting. The characters are more interested in defeating someone and being defeated in their belief that it'll help them grow stronger."

When a forum topic asked between Liefeld & the Baki artist who would be better suited for drawing their autobiography, several readers preferred the former. While Keisuke may be the Liefeld of Japan, he differs in that his work is at least enjoyable on a Fletcher Hanks level where you're rapidly flipping through the sparsely worded pages to see what'll happen next.

Of course, these all pale in comparison to an extra in W Juliet where a printing error had the male character's leg extended ALL the way to the bottom. The assistants couldn't stop laughing. 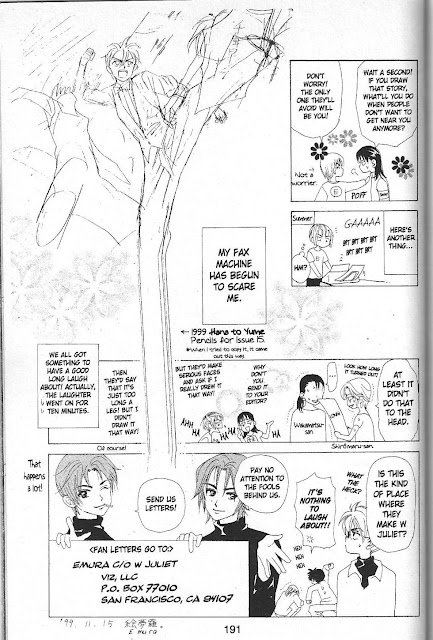