You beat me! Now let’s be friends!

It’s a common staple of fighting Mangas - the hero fights an intense battle against a powerful enemy over several issues. After the fight is won, the enemy may see the error of their ways, even going so far to join the hero’s cause. This might be because the former rival was very impressed with the hero, and the two of them become close friends.

This is something that happens more often in Manga than in American comics. Usually, Superhero villains remain villains for the sole purpose of having eternal arch rivals that can be marketed endlessly. The only exceptions I can think of are Piper and the Trickster from The Flash, Emma Frost from X-men, and to a lesser extent, Magneto. (Even though Magneto tended to switch sides more often than not, it was always more interesting when he was willing to push his values aside to assist the greater good)

As Jason Thompson put it in this essay, "Superheroes are descended from crime comics and battle manga are descended from sports." To push the analogy even further, S-hero comics are descended from Pulps, which could explain their recent descent into decadence. They’re just returning to their roots. But with sports, it’s different. Teamwork wins the day more than a lone star doing all the hard work himself. Unless a team which would normally fight together stands by the sidelines to stay out of a one-on-one fight because “That’s what a real man does!” More likely, it’s just easier to draw two people slugging it out than a full on melee.

The best exception I can think of is the StrawHat crew fighting against Oz in the Thriller Bark Saga. (Chapter 480) Likewise, the latest One Piece chapters have the kind of epic Avatar-like battles that would rival a multi-event comic in terms of how many things are going on.

Getting back to the mindset of Defeat means Friendship, it’s something that’s been part of Japan’s subconscious since the end of the war.

In the Ender’s Game series, it’s often mentioned that the point of war isn’t merely to defeat your enemies - its to completely destroy their ability to fight back. And that’s what happened to Japan at the end of World War 2. They were hit with the one-two punch of a Nuclear blast and then had an occupation force that forced democracy down their throats. This was also after they spent the last few centuries resisting outside Western influences. Now, faced with a crippling defeat, they had no choice but to embrace those values they once scorned.

It must have been schizophrenic rebuilding their country using their enemies’ nation as a skeleton template. It’s not surprising that they would feel some resentment towards their liberators as well as being in awe of them right down to imitating them. The most popular visuals from American action movies were skillfully integrated into their Manga pages to the point that they actually surpassed the originals.

They even went so far as to have nuclear blasts in the pages of their Mangas as a form of release. In Gerard Jones’ book Killing Monsters, children who go through a traumatic experience will often draw that disturbing scene multiple times. It’s a form of catharsis that’s easily misunderstood as being attracted to violence, when in fact, they’re trying to understand it better. 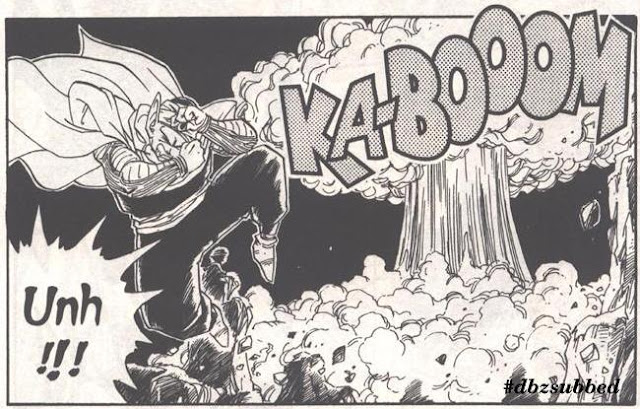 Just wait - in a decade or two, U.S. action movies will be able to handle the cool effect of planes crashing into buildings again.

I realize that this is an incredibly simplistic worldview of a foreign mindset of a country I’ve only glimpsed at in popular culture, but it was something I thought needed to be said. If anyone wants to post a rebuttal, be my guest.
Posted by DeBT at 5:54 AM